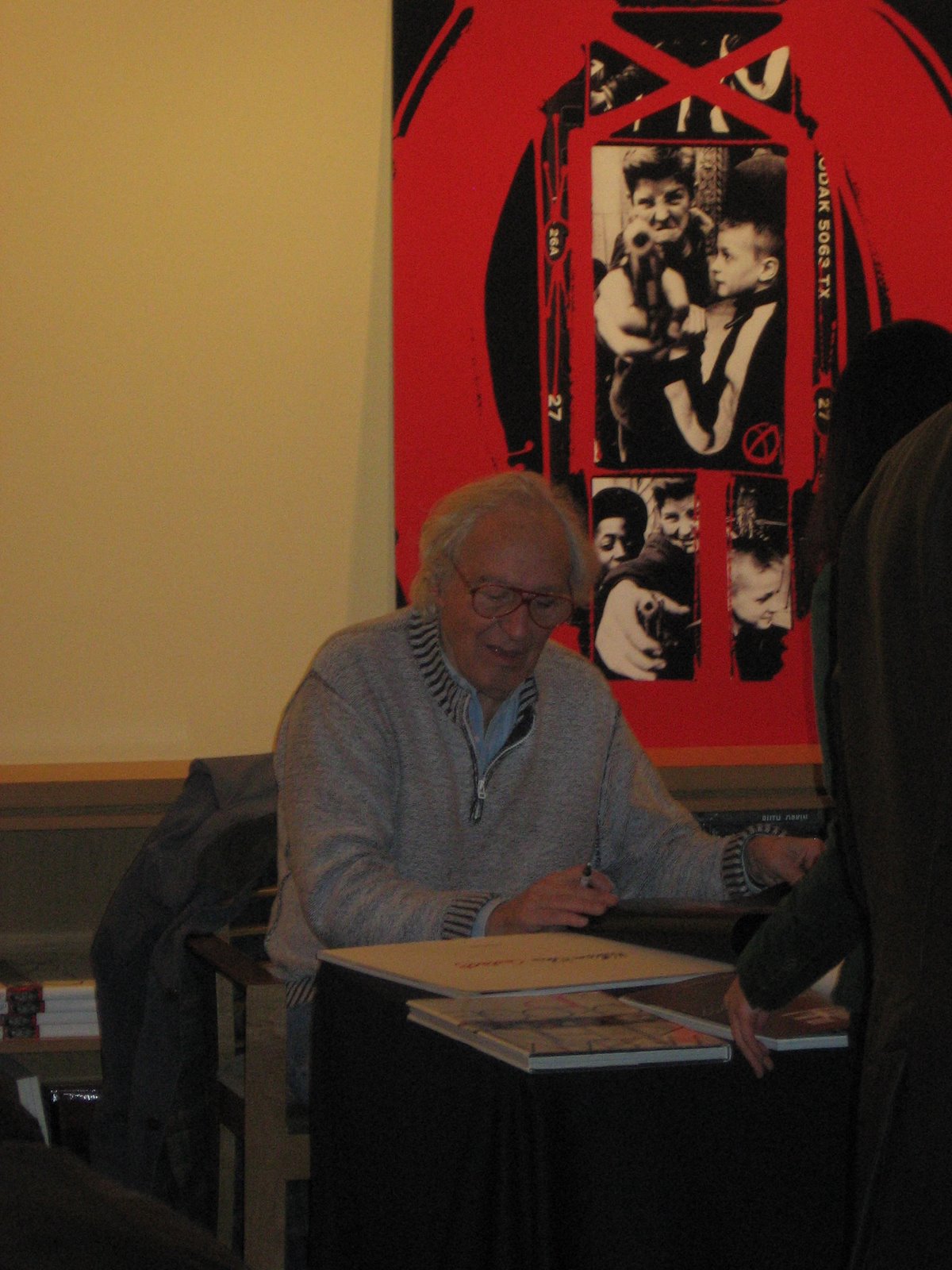 Last evening, I went to a small book signing event for William Klein at Howard Greenberg, focused on his new painted contact sheets, appropriately called Contacts. Signing books for strangers is an odd ritual, where the photographer has tiny fragments of conversations with each visitor while signing each book, with a bunch of other hangers on milling around and listening. Klein is now in his early 80s, but I was surprised to find him engaging and funny, flirting and joking with all of the women. (Klein at the signing table at right.)

Just in front of me in line was a serious young Korean photographer with his Japanese girlfriend. Of course, you need to tell the signer your name so he can write it in the book, and so there was much back and forth with this man about his name, how to spell it, etc, until finally a business card was produced that Klein could read from. Klein then asked “are you Chinese?” and a detailed explanation of the nationalities of these two occurred. At the end, the man asked if he could take a picture with Klein. Klein laughed and said how about one with the girlfriend. The man didn’t quite know what to say to that, and so he asked again. Klein didn’t relent, but finally gave in to having a picture with both of them.
As I walked up, his first question to me was “are you Chinese?” which was completely ridiculous, since I am quite tall, with light hair and light skin, generally German or Dutch in my overall appearance, but entirely appropriate given the previous customers. When I told him that I wanted him to sign the book to by wife, he proceeded to write her name and then two large hearts as part of the inscription. His parting shot to me was: “is she a blond?” My takeaway was that Klein is still unexpected and cool, even in his 80s. 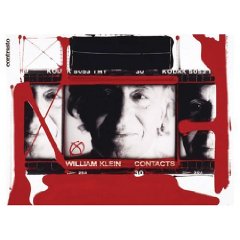 The book itself (cover at right) follows up on a project Klein began a few years ago, where short films were made of photographers discussing their contact sheets (these are well worth seeing on video if you haven’t found them already). Klein then took this idea a step further, blowing up his contact sheets and exchanging his grease pencil for enamel paints in bright primary colors. The result is a combination of the contact sheet editing exercise with vibrant, swirling, gestural X-outs, underlines and bracketing.
The book was published in 2008 by Contrasto and includes short essays by Klein and Robert Delpire. There are 38 images, including the cover, in this large format paperback volume.
Twitter| Facebook|