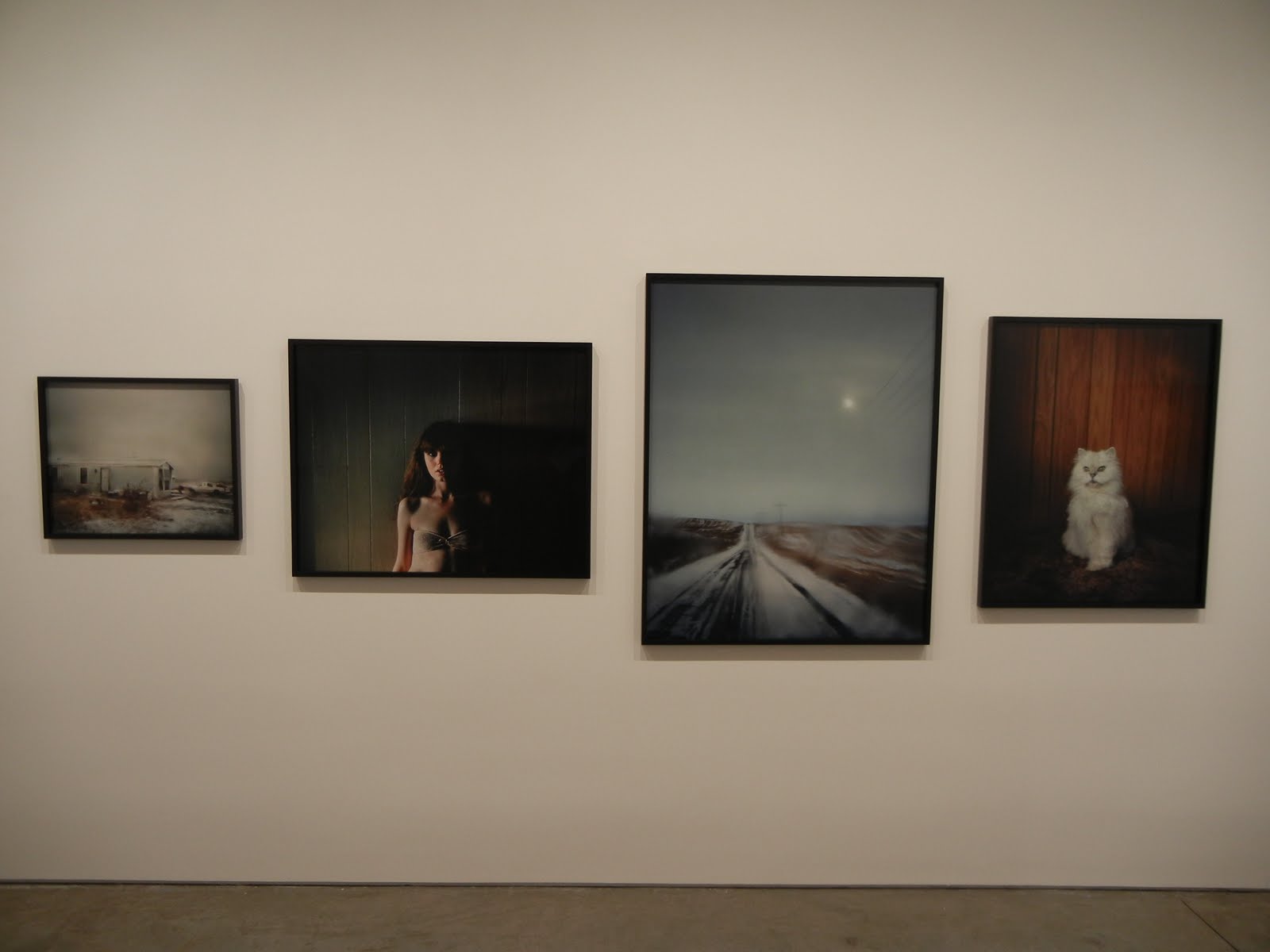 Comments/Context: Todd Hido’s new show is in many ways a mini-retrospective: it takes a handful of fresh new images and mixes them together with selections from a variety of older projects, going back to the mid 1990s. What is special here is that instead of being displayed in traditional chronological order, the pictures have been sequenced and sifted into clusters and groups, creating enigmatic, unknowable narratives from combinations and juxtapositions of misty wet landscapes, quiet interiors, shadowy female nudes, and night lit houses. 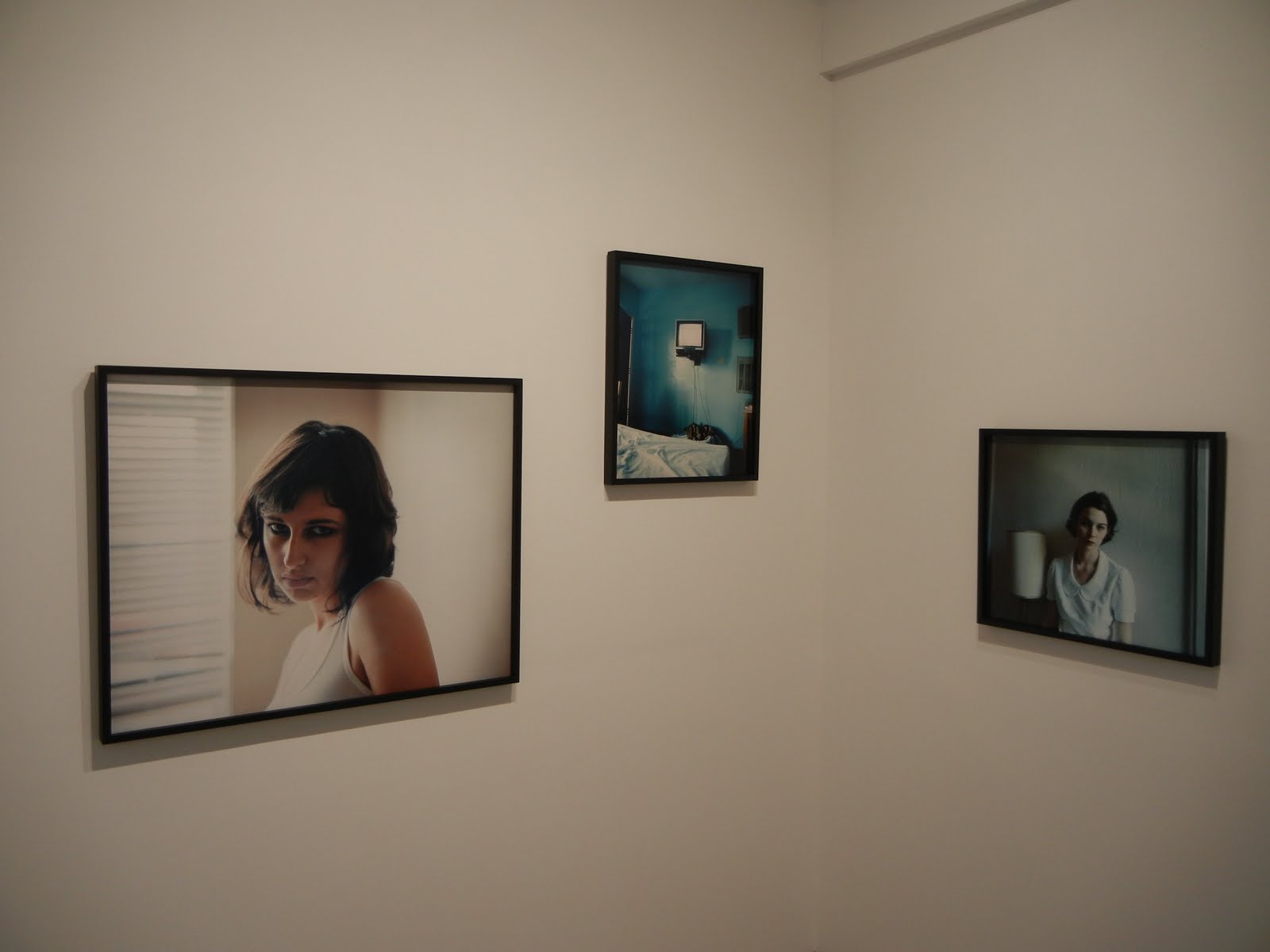 Hido’s careful recontextualization of his work links single images into implied settings and cinematic stories, where a trailer, a barren road, and an austere nude can come together to create a lonely, introspective atmosphere. A similar combination of nocturnal houses with glowing windows, a vacant room or two, and a vulnerable, expressionless woman are woven into somber, open-ended suburban vignettes, where the viewer provides both the connections and the ultimate meaning.

Taken together, the works go beyond documentation of dreary physical surroundings to map deeper layers of emotional and psychological terrain, where snowy tracks, a crumpled pillow, and an unguarded pose are the clues to a personal mystery. While many of the images can stand well enough on their own as individual narrative threads, I was struck by how powerful and resonant they became when they were knit into a fabric. What is evident from this show is that Hido’s projects from the past decade are all infused with a common underlying spirit, and that each distinct subject matter genre provides a different entry point into the larger tonal environment he is so tenderly exploring. 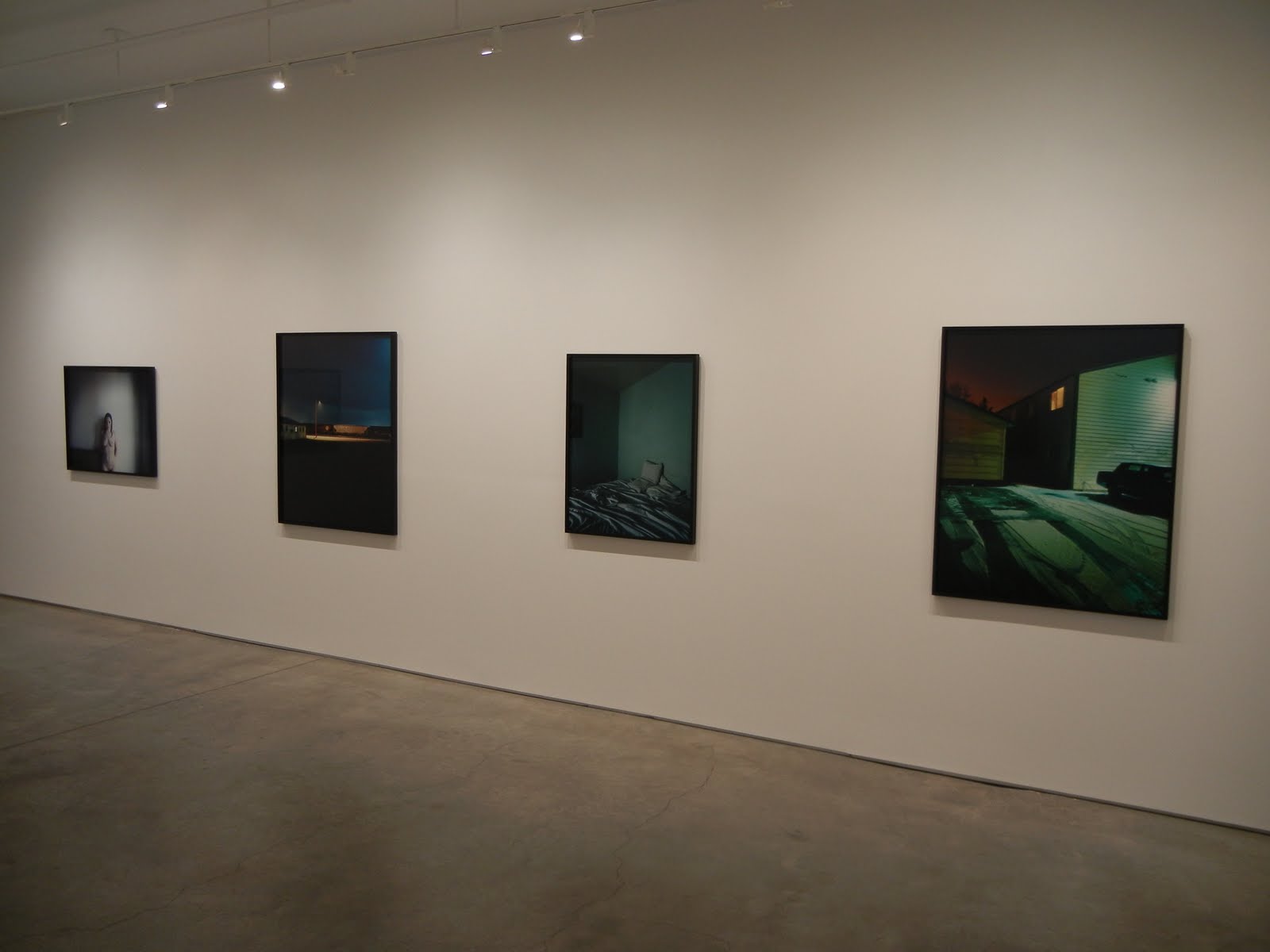 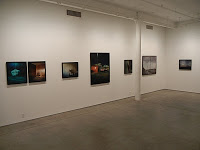