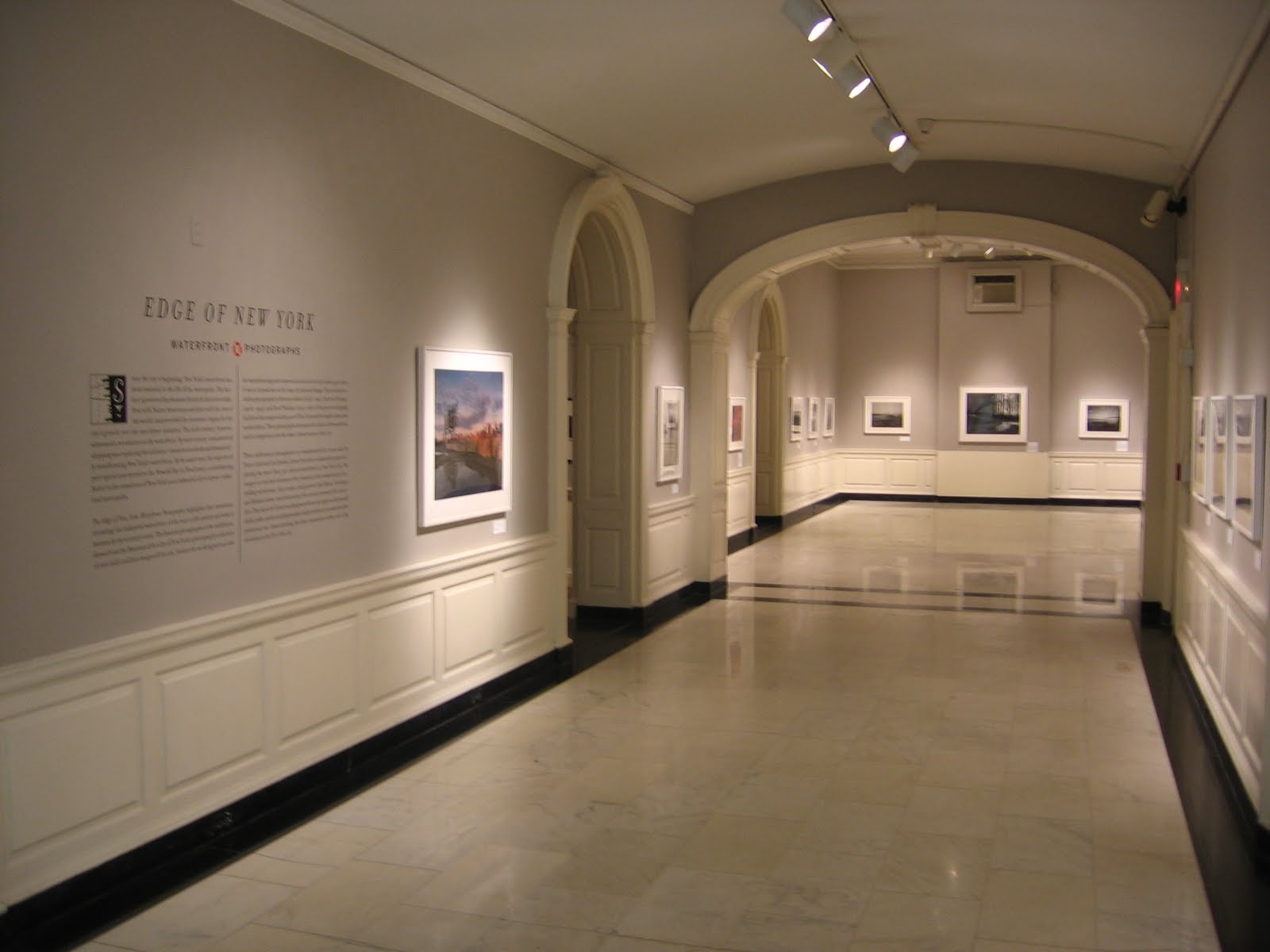 JTF (just the facts): A total of 39 black and white and color images hung in a hallway display area and side viewing room on the second floor. The 20 contemporary prints (from 2002-2005) are framed in white and matted and hung in the hallway space; the 19 vintage images (from 1935-1949) are framed in black and matted and hung in the adjacent room. The exhibit was curated by Sean Corcoran. (Marginal installation shots at right.) 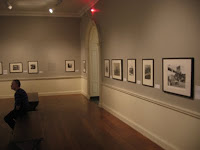 Comments/Context: I give the Museum of the City of New York quite a bit of credit for working hard to find ways to stay relevant and fresh. Given its historical collection of New York ephemera, it’s only real option is to build connections between the past and the present. This small show of waterfront photographs does just that: it juxtaposes older photographs from the permanent collection with contemporary works of the same subject matter, a sort of “before” and “after” comparison of docks and wharfs, a time travel lesson on how these areas have evolved over the years.
The show begins in the side room, with groups of pictures by Andreas Feininger, Berenice Abbott, and David Robbins from the 1930s and 1940s. This was the boom time for the New York waterfront, with busy docks and piers full of longshoremen, bustling fish markets and boat yards, and big ships being helped along by tugboats; trade via the waterfront was the city’s economic engine. Most of the images have a gritty WPA/FSA realism, with a touch of simple Modernist composition.
The contemporary view of the waterfront is altogether different: for the most part is an abandoned and decaying wasteland, in some places being “revitalized” and redeveloped for new uses. While big containers do enter and pile up at the port facility, there are plenty of lonely piers, ship graveyards and overgrown weeds nearby. The husband and wife team of Cook (in black and white) and Jenshel (in color) have documented this post-industrial environment with an eye for hidden beauty and unlikely romance: bright fireworks in the sky, artfully decomposing ferry posts, dark steel skeletons reflected in the water, and the underside of George Washington bridge lit up at night.
Taken together, the two groups of works provide an interesting contrast in both content and style, and remind us of a continuing thread in the history of the city.
Collector’s POV: The vintage material in this show strays away from the usual images, and dives deeper into the work of both Abbott and Feininger, digging out some lesser known pictures of the waterfront. Prior to the show, I was completely unaware of David Robbins, but his “Along the Waterfront” project from the 1930s seems to merit some further investigation.
.
Diane Cook and Len Jenshel are represented by Kathleen Ewing Gallery in Washington D.C. (here) and Joseph Bellows Gallery in La Jolla (here). Their work has not found its way into the secondary markets much (if at all), so gallery retail is likely the only option for interested collectors.
.
Rating: * (one star) GOOD (rating system described here)

Read more about: Museum of the City of New York (MCNY)