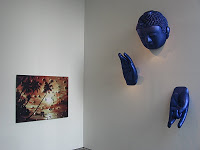 JTF (just the facts): A group show of a total of 18 works from 7 different artists, in a variety of mediums, hung in the entry, hallway, and back gallery spaces. (Installation shots at right.)

The following artists are included in the show, with details of the works on display to follow: 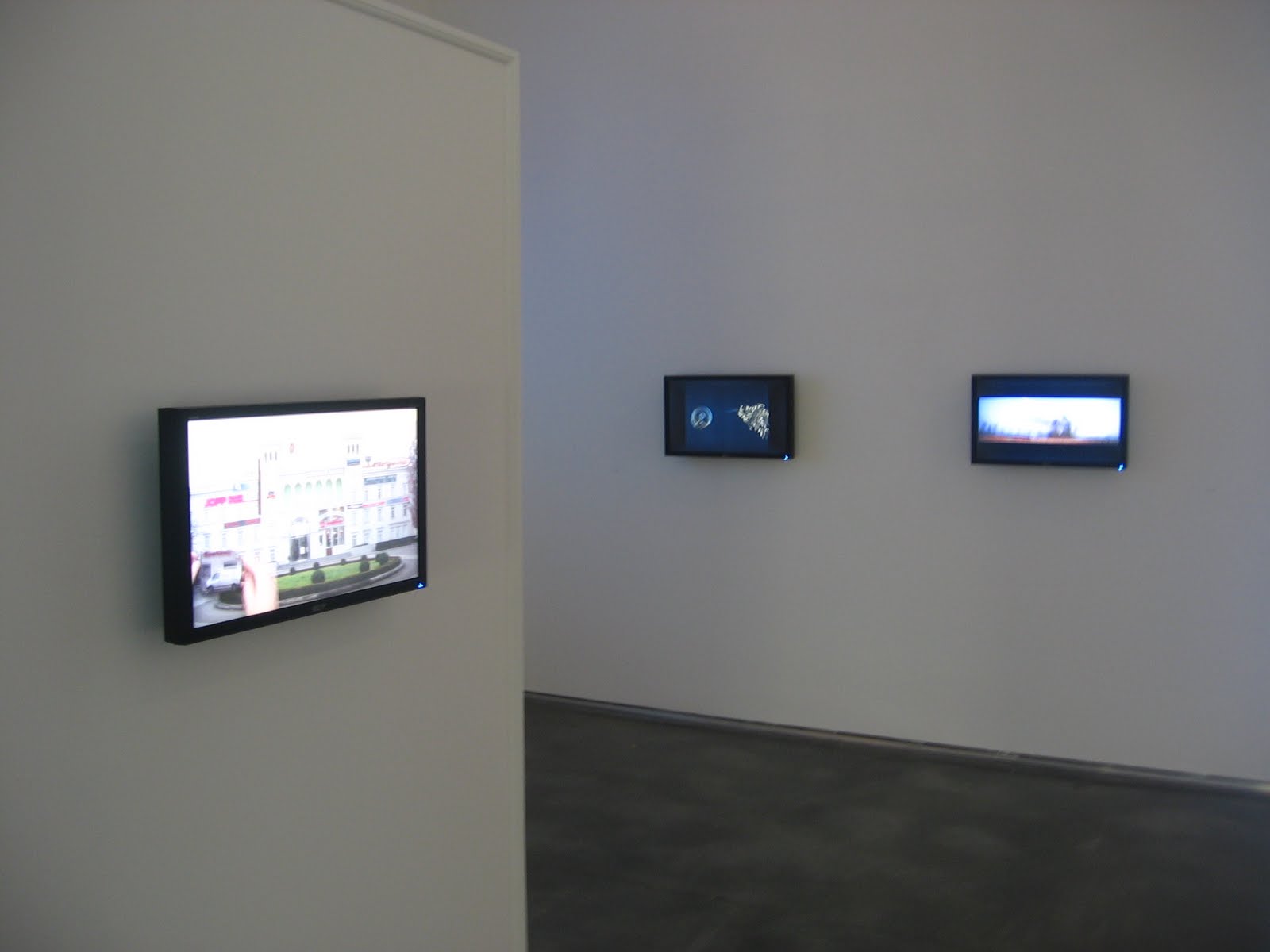 Comments/Context: As a general rule, I think that non-Japanese Asian photography (particularly work from China, Taiwan, Korea and India) is consistently underrepresented in the swirl of art in New York, so I’m always on the look out for shows that include exciting examples of contemporary imagery from these locales. This group show gathers works from a variety of media, with several video and computer generated displays and a few digital photographs. While the technologies may be cutting edge, the underlying ideas and themes being explored will be familiar: the impacts and effects of rapid expansion, globalization, and consumerism, and the clash of old and new ways (including the place of religion).

I have run across the photography of Xu Changchang previously, but the works in this show have a new twist. In earlier works, Xu took a physical photograph (often of an appropriated artwork), crumpled it up and rephotographed the result, complete with all the detailed wrinkles and tiny points of glare from the flash. The works on display in this exhibit start with the same type of image (in this case, pictures of an island sunset and the aftermath of a tsunami), but they are now punctured by bullet holes and rephotographed; the holes are therefore not actual holes but a photograph of a photograph full of holes. I found this layering of appropriation and the multiple levels of physicality in the works conceptually intriguing. 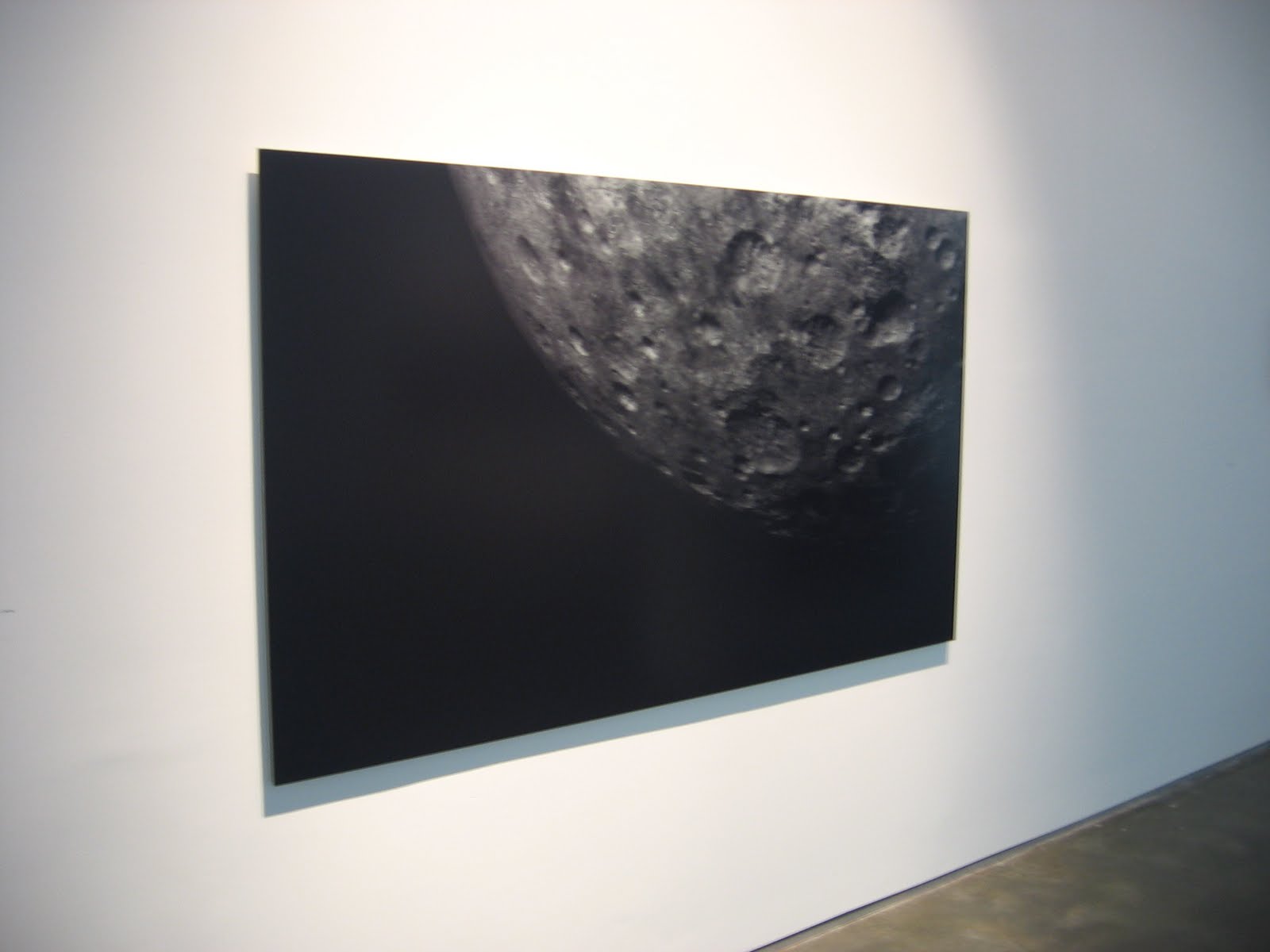 Hu Jieming’s moonscape image, complete with a tiny latticework of futuristic settlements, is like something from the cover of a science fiction novel. From afar, it looks like 1960s era NASA footage; up close, the geometric roadways and buildings blanket the crater pocked rock; the effect is unsettling, with a heavy dose of impending doom. As such, it does a successful job of asking questions about the perils of never-ending expansion, without grounding them in the now obvious specifics of contemporary China.

Two artists perhaps best known to collectors for their photography have contributed videos to this exhibit:

And while it isn’t exactly photography, take a moment to stand in front of Hsin–Chien Huang’s interactive display: as you move your arms and body around, large buildings made up of tiny image fragments are quickly built up and taken down, the transience of the region’s construction boom effectively skewered.

All in, the title of this show is surprisingly apt: things are changing fast in this slice of the art world, new technologies and ideas are rapidly being incorporated and exploited, and the overall effect is one of cacophony and chaos; I for one could use an updated photography roadmap for the region. While some of the underlying themes are consistent, it’s clear that we need to see this art/photography in New York much more often if we ever hope to make sense of it all.

Collector’s POV: The prices for the works in this show are as follows:

There is little or no auction history in the photography market for most of these artists, so discerning any kind of real price pattern is tricky. While several photographs by Wang Qingsong and Miao Xiaochun have come up for sale in recent years, their works on display here are both videos, and therefore may not be meaningfully representative of or related to their overall bodies of photographic work.

Speed & Chaos: Into the Future of Asian Art
Through February 17th