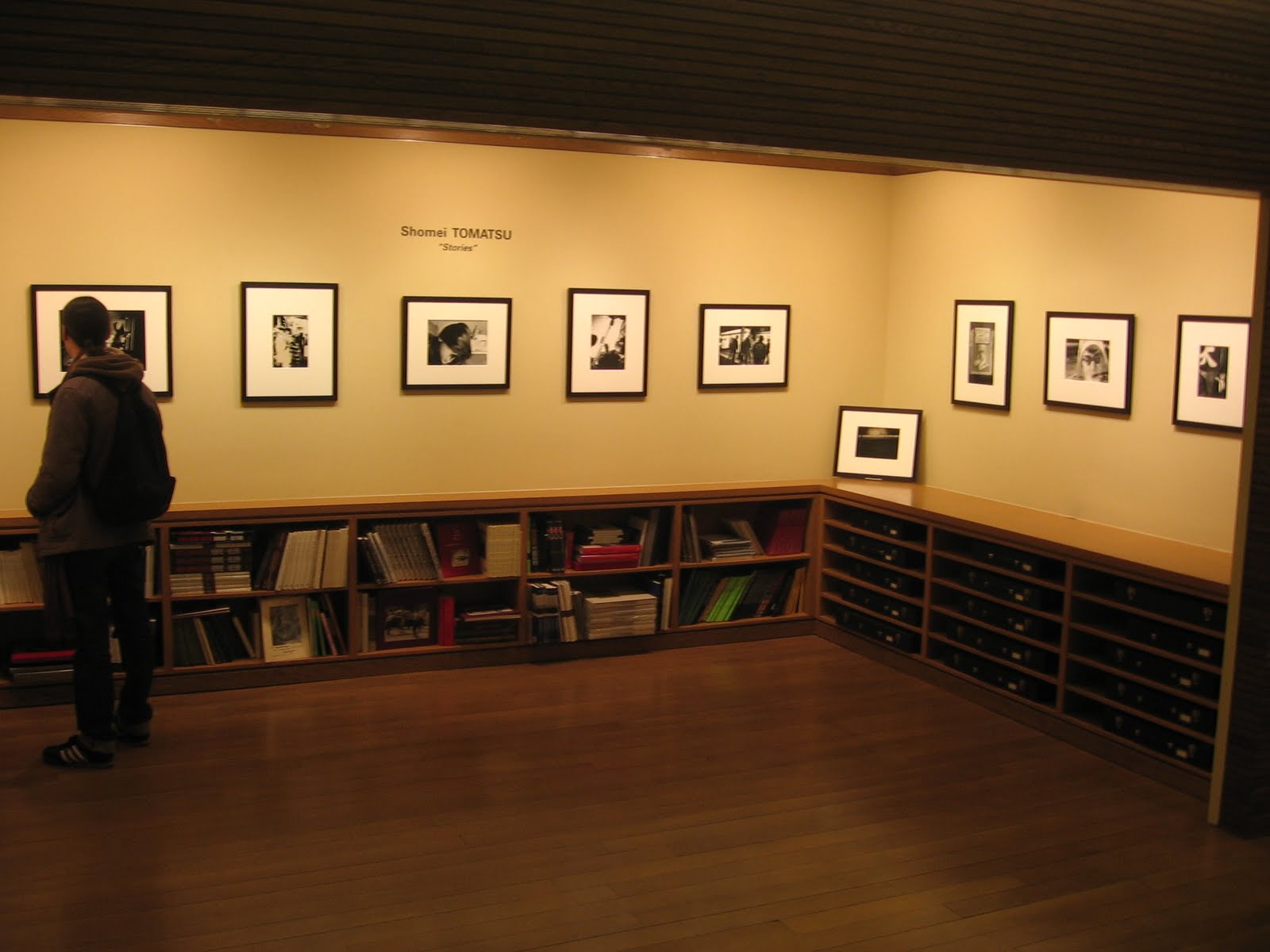 JTF (just the facts): A total of 12 black and white images, framed in dark brown and matted, and hung against cream colored walls in the book alcove (also known as the South Gallery). The works range in size from 7×9 to 11×15. Most of the images were taken in the 1960s, with most of the prints from the 1970s; the exhibit is therefore a mix of vintage and generally early prints. Nearly all of the images were taken from either Chewing Gum and Chocolate or 11:02 Nagasaki. (Installation shot at right.)

Comments/Context: Coming from the exhibit of 1940s street scenes by Homer Page in the larger adjacent gallery, the works by Shomei Tomatsu on view near the photobooks are like a jarring slap in the face or a splash of cold water. Tomatsu’s images of the harrowing effects of war and the menace of rampant Americanization are full of raw, harsh emotion (the burned face of a bomb survivor, the scorn of a GI, a howl juxtaposed with a Coke bottle). His combination of experimental camera angles and expressive subject matter generates complex pictures with a heavy dose of the hauntingly surreal. The works capture the clash of cultures and the trade-offs of modernization, and ask hard questions about how the influences from abroad have created uncertainty and unease in the everyday life of postwar Japan.

While there are quite a few memorable images in this small show, the exhibit itself suffers from a general lack of purpose; it seems to be nothing more than a gathering of Tomatsu prints brought out from a box in the back room, without much in the way of structure or point of view. Given how infrequently Tomatsu’s work is shown in the US (even with the retrospective of a few years ago, linked below), I think a chance was missed to edit these images with a tighter hand and tell a crisper story about a subset of his career.

Collector’s POV: The prints in this show are priced between $30000 and $46000. Given Tomatsu’s importance in the history of Japanese photography, it is altogether surprising how little of his work can be found in the secondary markets; his prints have hardly any price history. While many of his photobooks can be found regularly in auctions, very few of his best prints have come up for sale in the past decade.