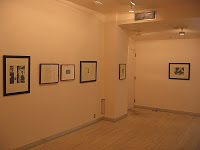 Comments/Context: Ralston Crawford’s drawings and photographs of American architecture and industry are elegant exercises in the simplicity of carfeully constructed found abstraction. We’ve written about Crawford before (here, from 2008), so we’ll dispense with the usual broad historical background and photographic context in this review, and head straight to a closer look at the works on view in this particular show. 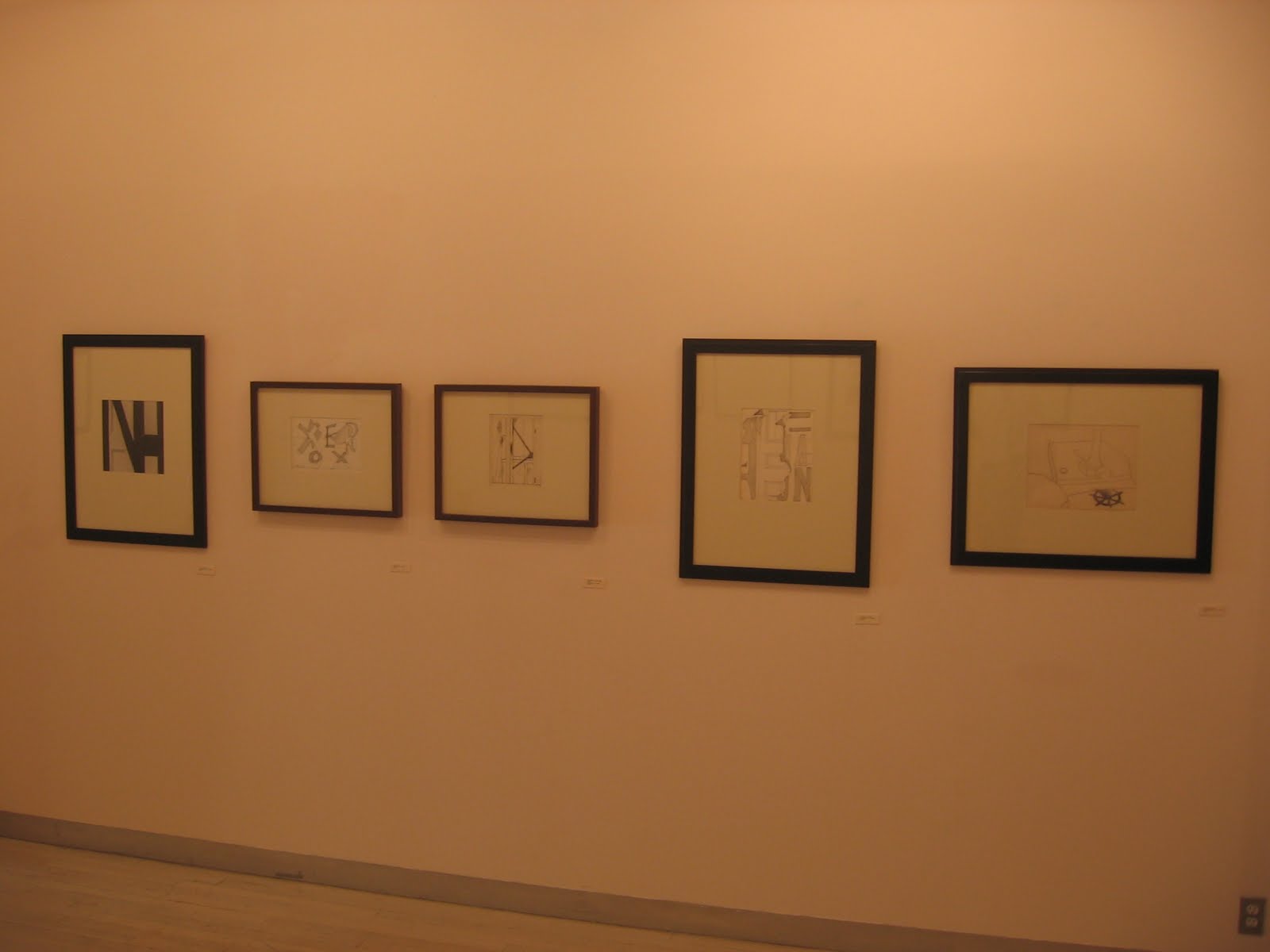 Crawford’s photographs are rooted in realism, with fragments of bridges, grain elevators, buildings, ships and trains providing the raw material for his explorations into geometric patterning. New York Door, 1961, depicts the thick black and white panels of a high contrast painted wooden door, bisected by a slashing black shadow. Box Car, 1949, juxtaposes undulating corrugated steel with the strict lines of bubbly seams and the rungs of a ladder, creating a composition with layers of interrelated textures. Grain Elevators, 1949, starts with a cluster of tubular white silos, and adds long diagonals, horizontal braces, and vertical vents striped like shutters. All of these works begin with something familiar, and transform it into a pared down visual experiment with spare, building block forms.

Crawford’s drawings and sketches seem to explore many of these same ideas in a slightly looser, more expressive way. Given his choice of medium, these works are very line heavy, with intersections and cross hatching used to create darkness and light. The remnants of a girder or a door frame are still evident if you look closely, but the lines have been boiled down to such an extent that very little representation is left behind. Reality has been reduced to flat, elemental shapes and planes, which have then become the starting point for further (and more radical) explorations in abstraction. 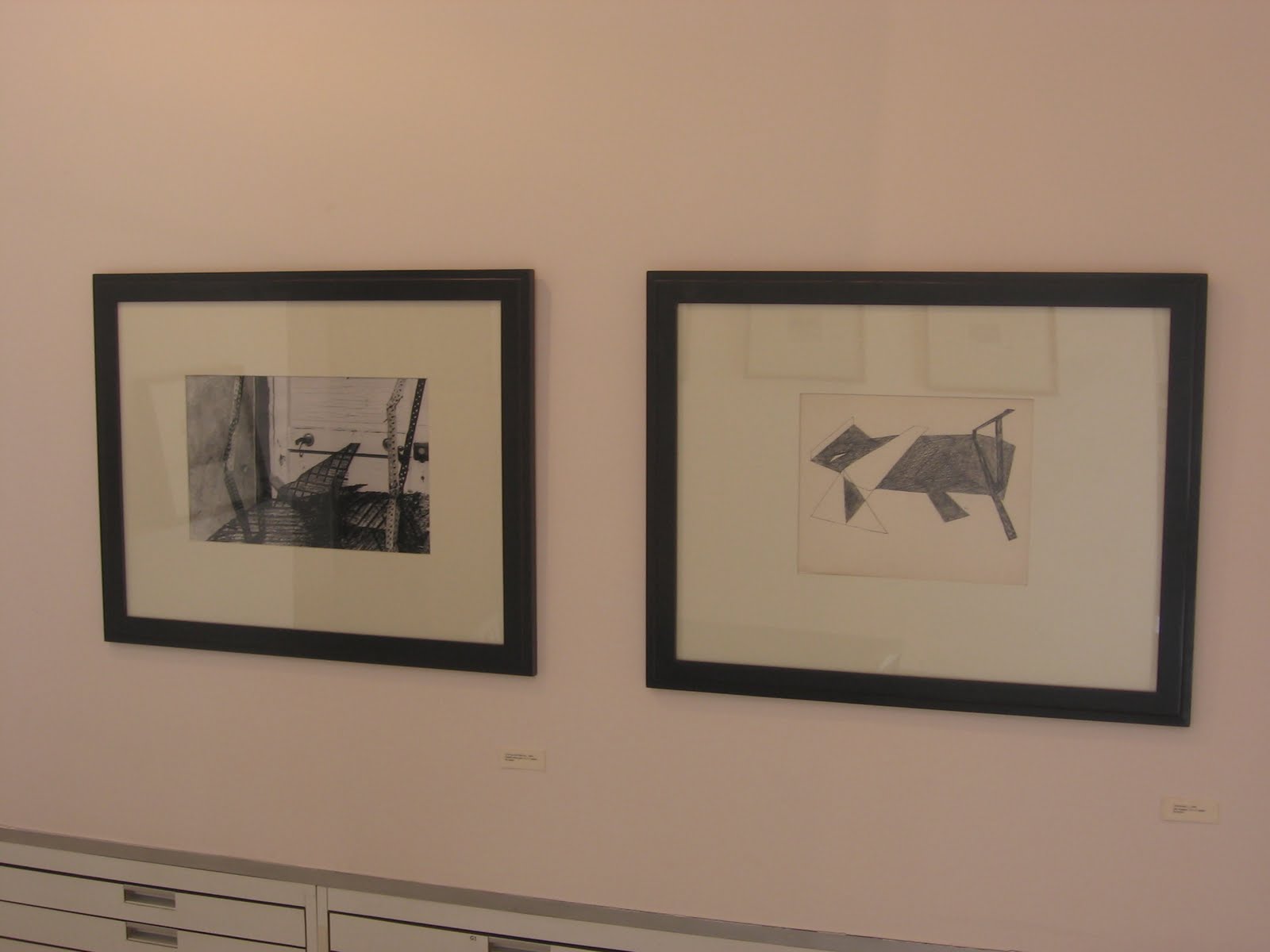 I suppose what I most would most like to see is a deep, scholarly retrospective of Crawford’s photographic work. But until that mythical show happens, exhibits like this one, which intermittently bring out a handful of unseen images from the storage boxes in the back room, will likely have to be the substitute.

Collector’s POV: The photographs in this show are priced between $7500 and $16000, with the 1960s images all priced below $10000. The drawings range in price between $6500 and $16500. Crawford’s photographs are scarce at auction, so it’s quite difficult to develop any reliable price pattern from so few lots. Overall, his photographic work remains on the short list of artists we would like to add to the city/industrial genre of our collection.