Part 1 of this three-part Frieze photography report can be found here. Head back there for more introductory background and explanatory notes on the structure of the summary slideshows. 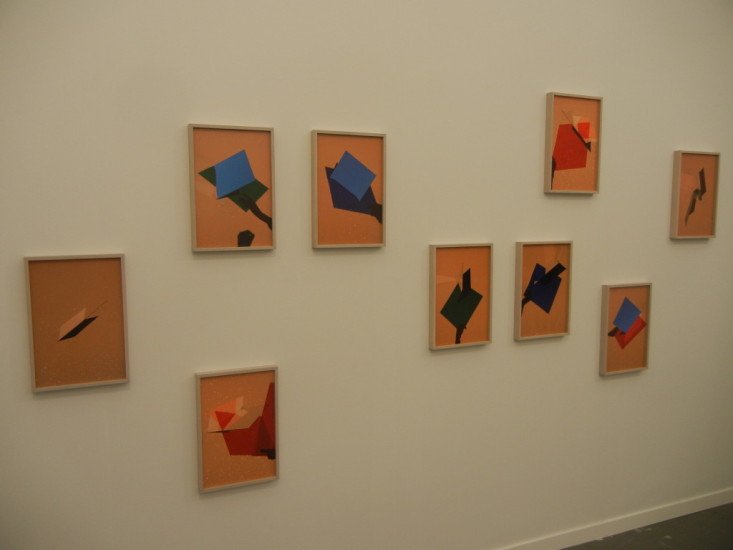 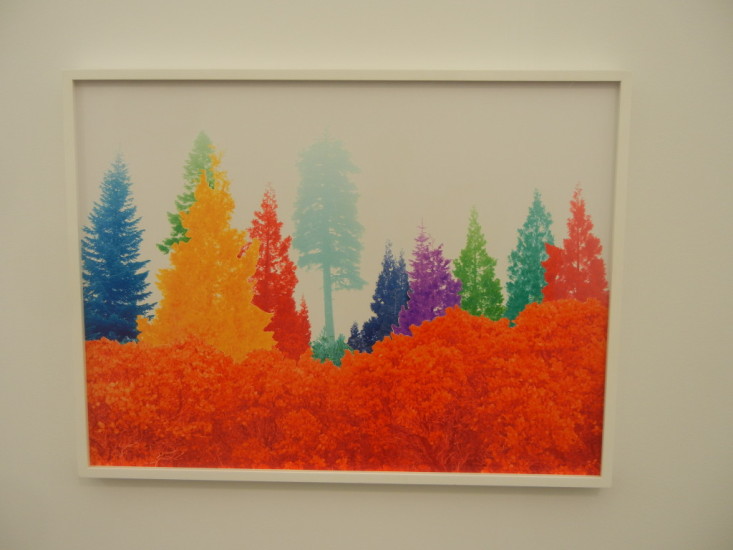 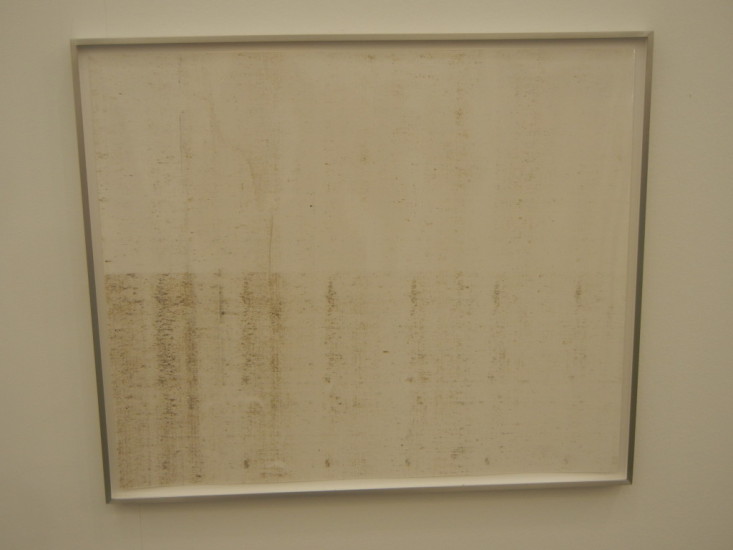 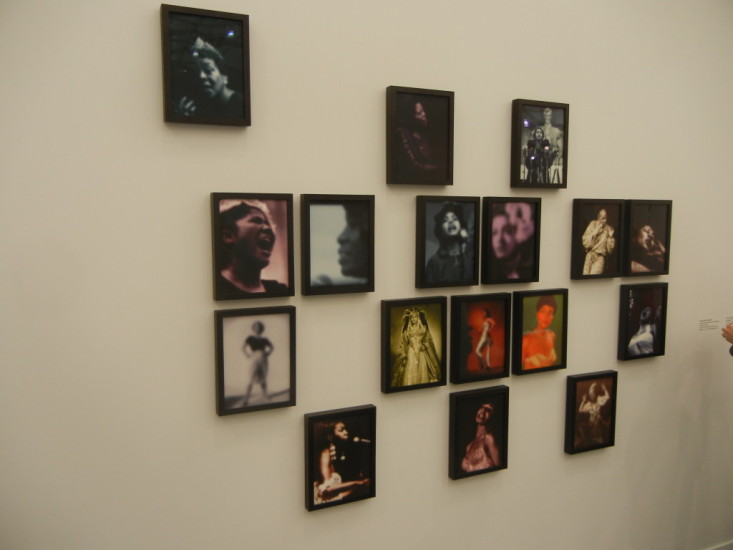 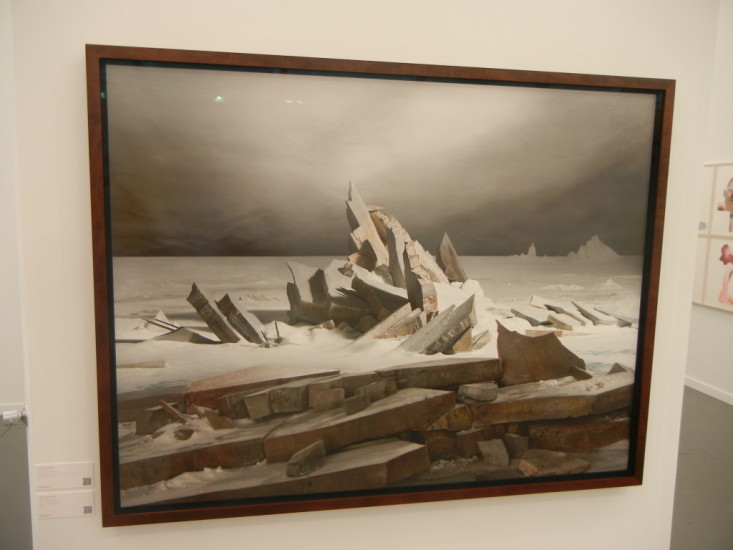 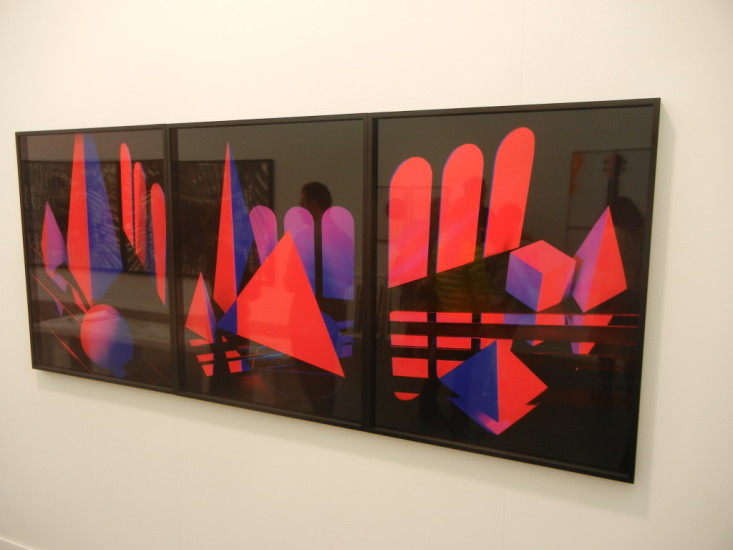 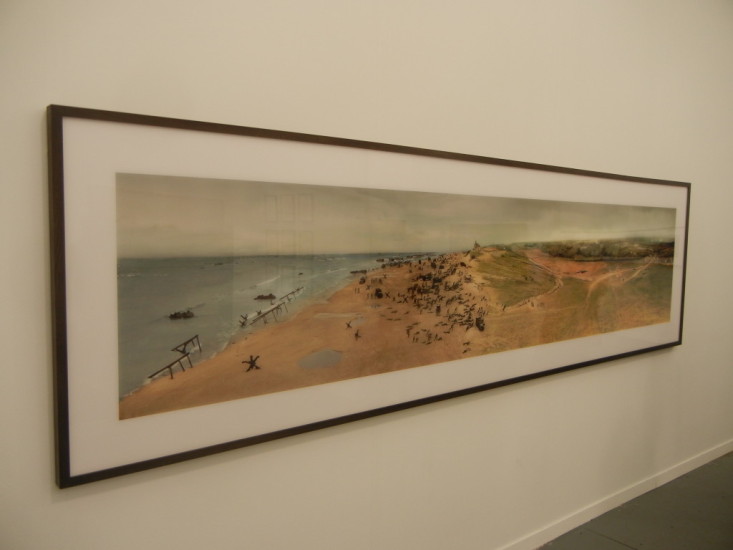 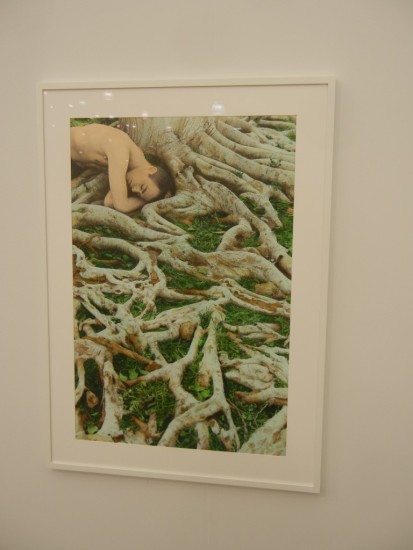 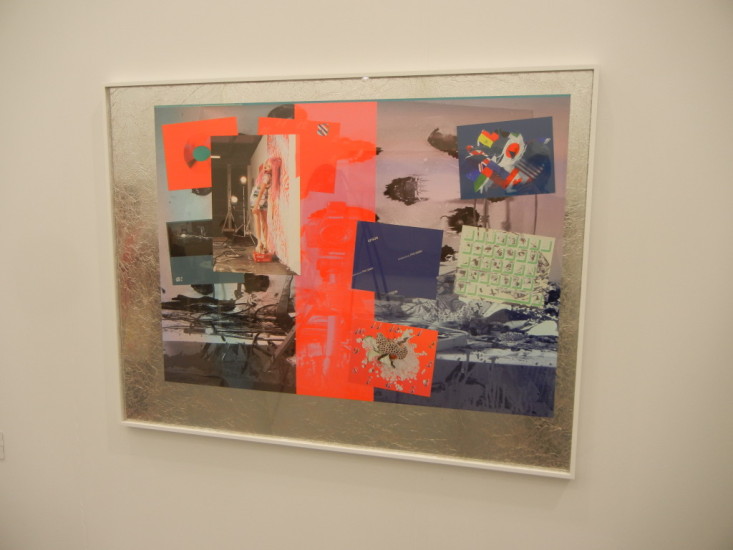 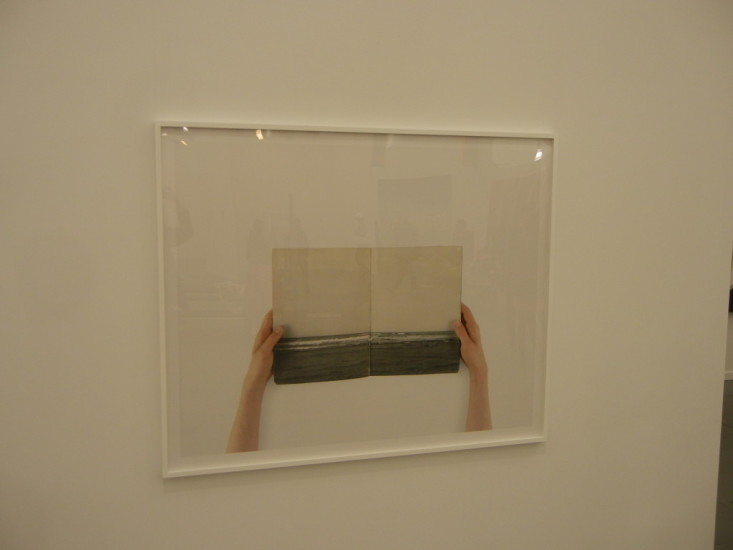 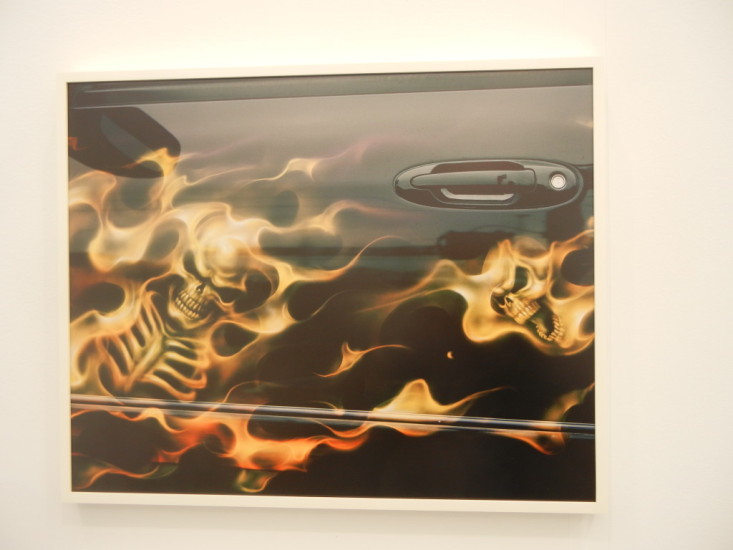 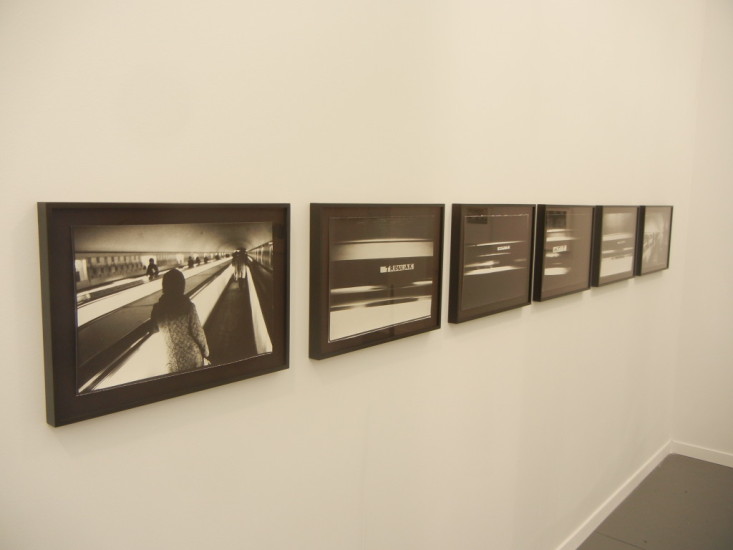 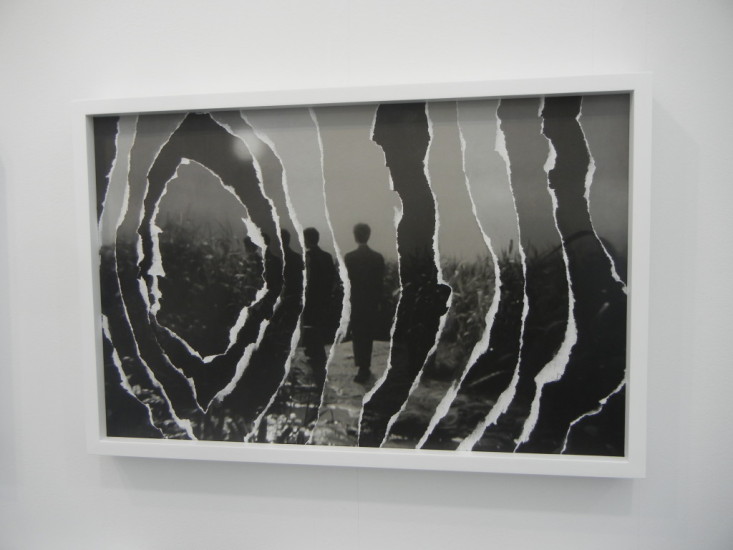 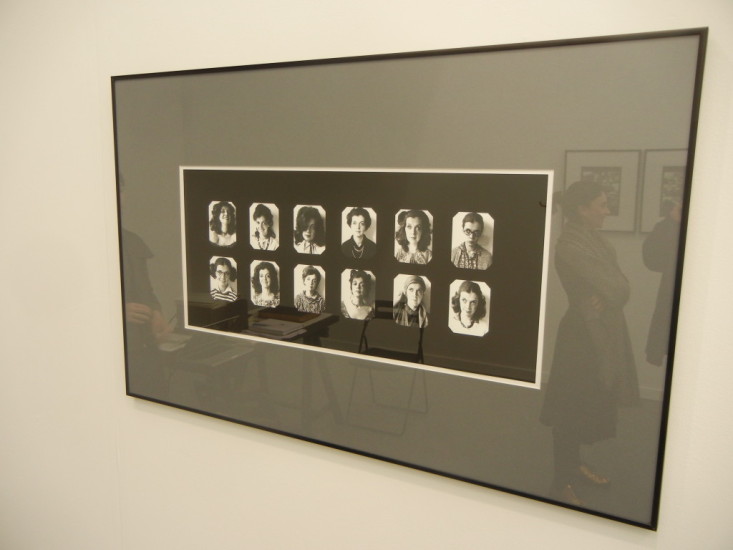 Stevenson Gallery (here): This booth was a strong solo show of the recent work of Viviane Sassen. These particular images were twisting geometric abstractions made from colored filters arranged in sand. Priced at €4500 each.

Salon 94 (here): This bright David Benjamin Sherry collage hung on an outside wall of this booth. The rainbow of candy colored greenery was priced at $18000 and already sold.

Galerie Bucholz (here): While there were larger prints by Wolfgang Tillmans on view in several booths (and already displaying the Zwirner-effect in terms of increasing prices), this unique work from his recent Silver series was something different. Its ghostly darkroom markings required up close engagement, rather than across the room recognition. Priced at $38000.

Jack Shainman Gallery (here): This is Set 2 from Weems’ Slow Fade to Black series, where the images are more numerous (17) and smaller. I think it tells a broader story about a vanishing generation of cultural icons than the larger single images do. Priced at $35000.

Art: Concept (here): Films stills from The Longest Day and Liberation, digitally stitched into a panoramic landscape of war. Julien Audebert, priced at $20000.

The Third Line (here): A gentle head among a carpet of gnarled roots. Youssef Nabil, priced at $60000.

The Modern Institute (here): The pared down conceptuality of an open book seascape. New work from Anne Collier, priced at $20000 and already sold.

Galerija Gregor Podnar (here): Masking tape interventions on a moving walkway handrail, trying to get ARTIST and the photographer’s name to line up. Probing the questions of how one self-identifies as an artist, especially in a world (like Croatia of the 1970s) where art wasn’t often displayed. Goran Trbuljak, priced at $62000 for the set.

Continue here for Part 3 of this report.