This is Part 3 of our summary report on Paris Photo 2021, focusing on the booths in Section C of the fair.

Part 1 of the report (here) explains the format used in the detailed slideshow below, provides some background for the discussion, and covers Section A of the fair. Part 2 (which covers Section B) follows here. It is certainly possible to jump directly into any one of these individual reports, but if you want or need a bit more context, return to Part 1 as a starting point. 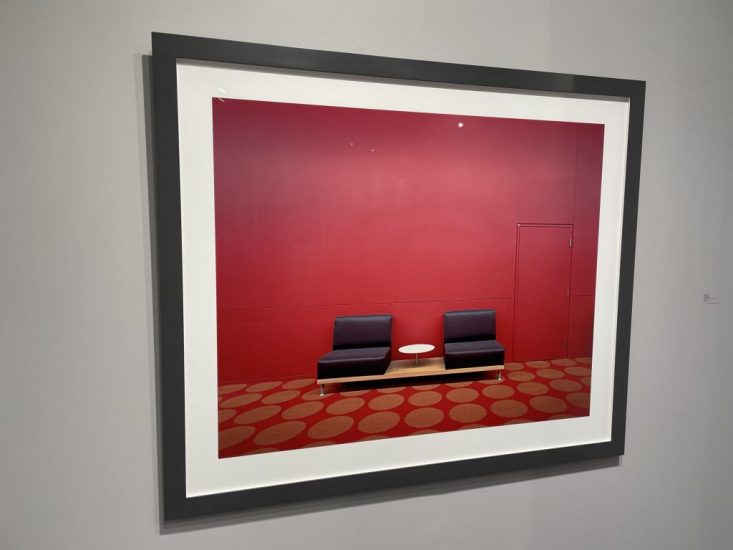 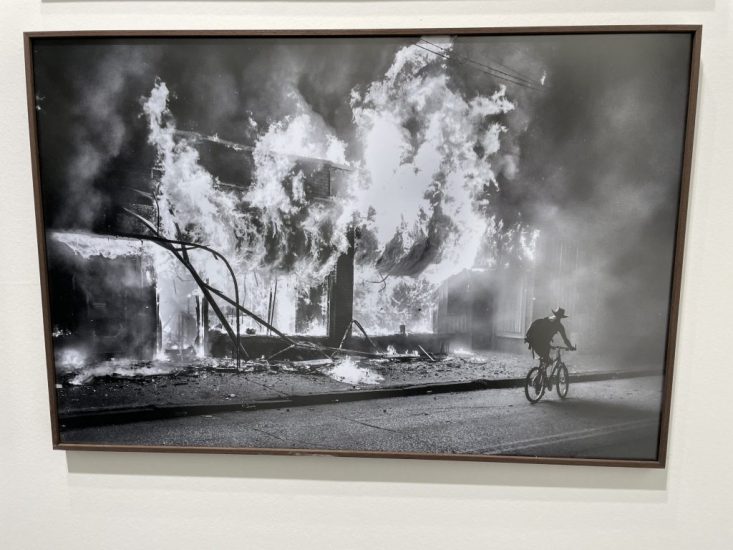 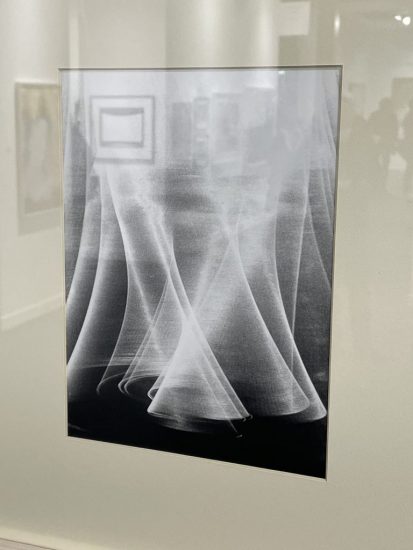 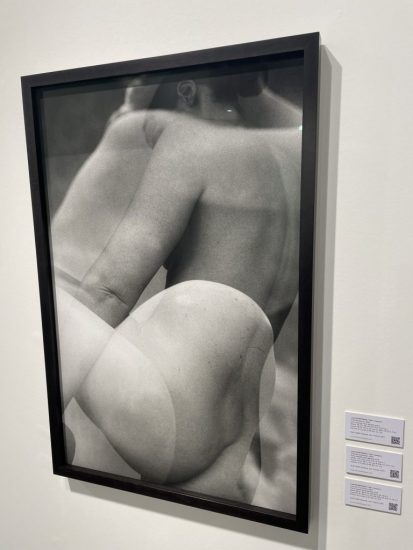 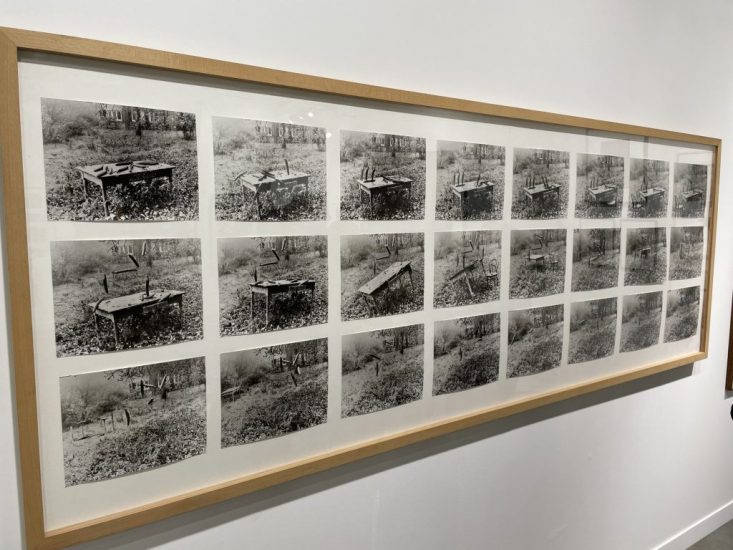 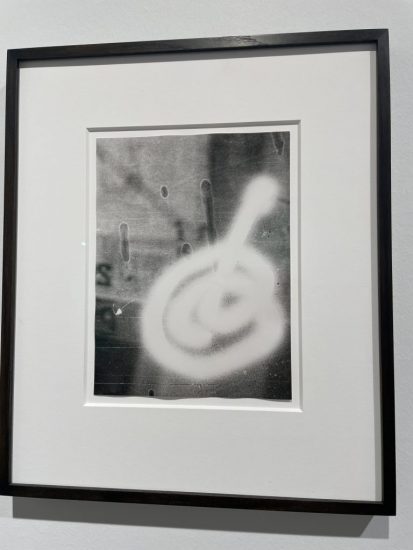 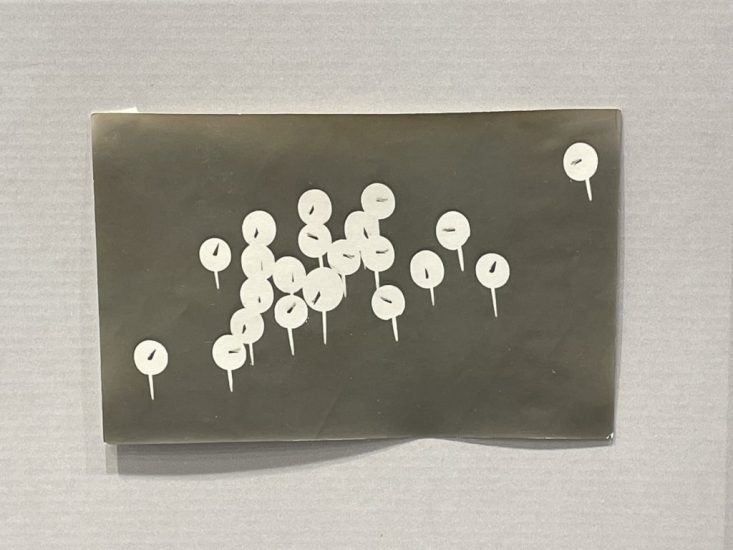 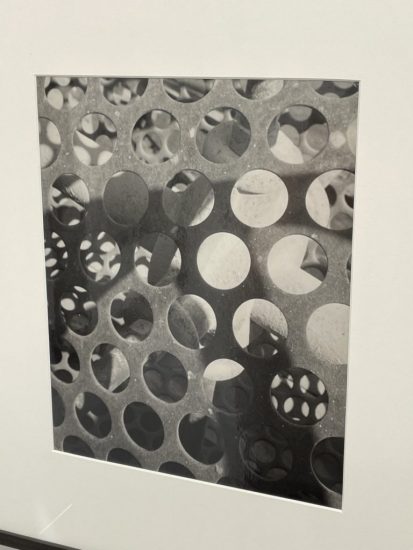 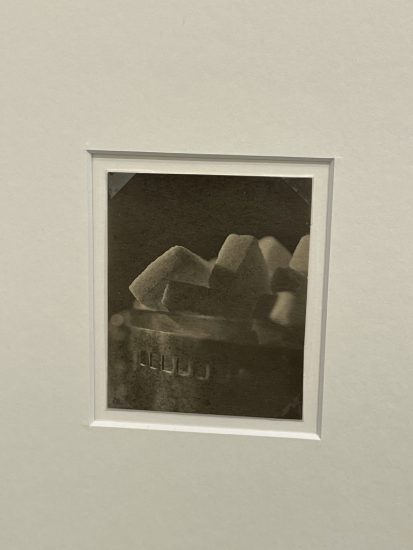 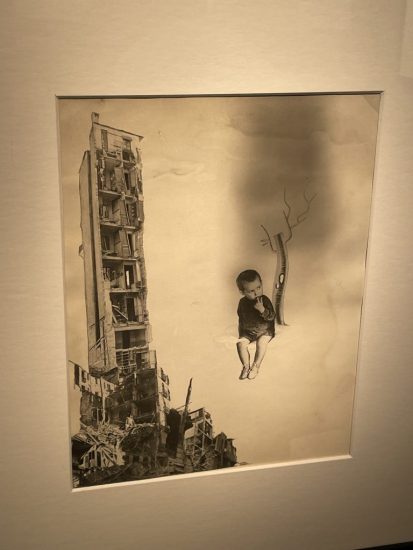 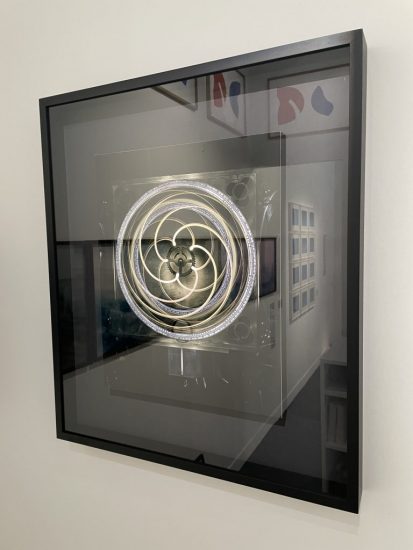 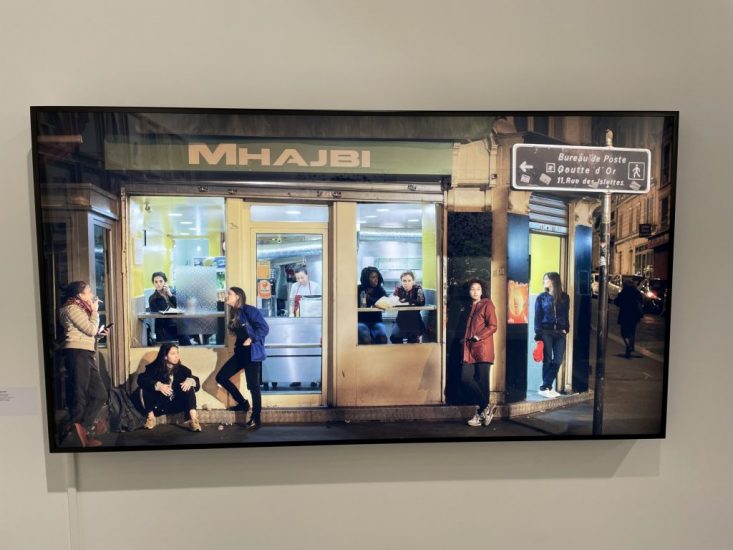 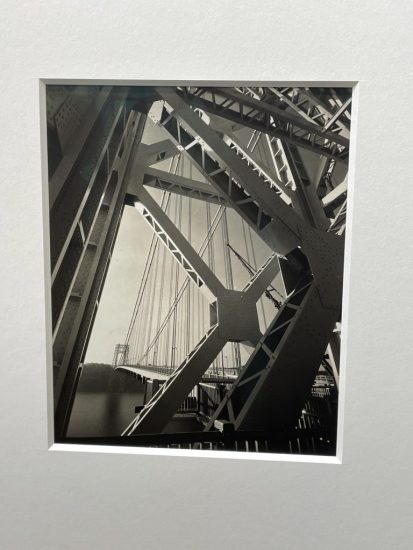 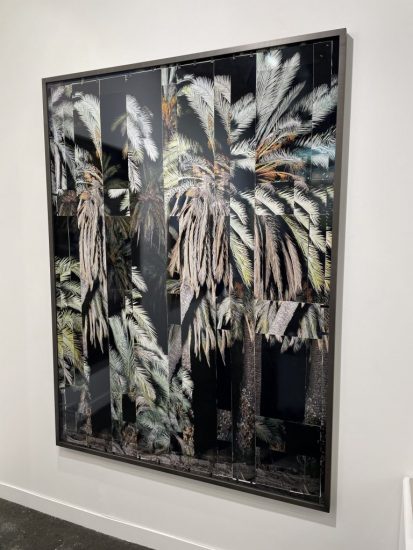 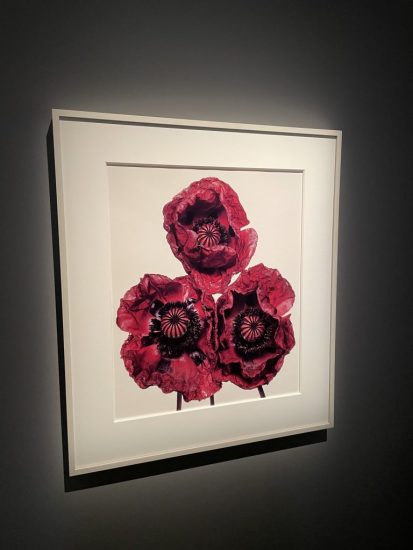 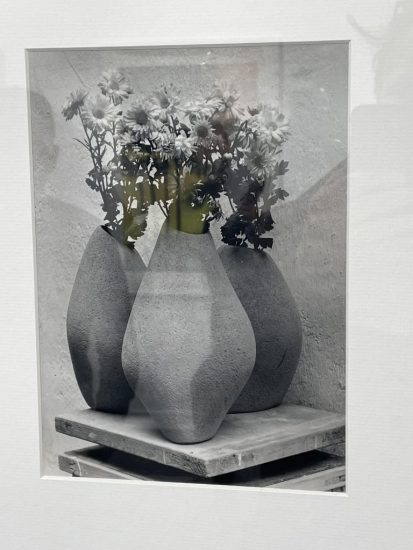 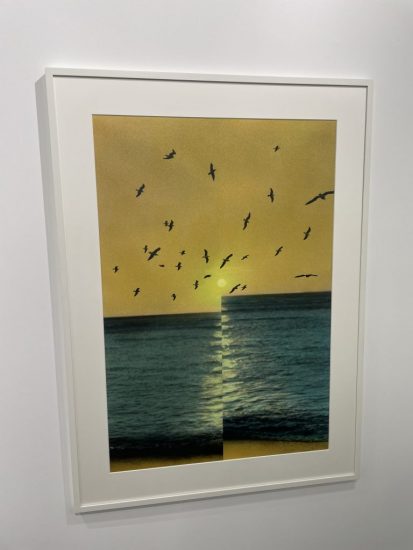 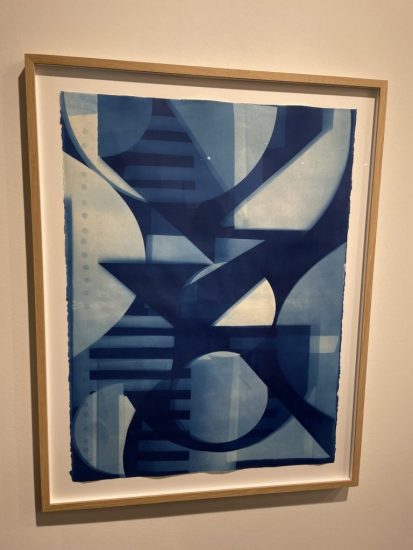 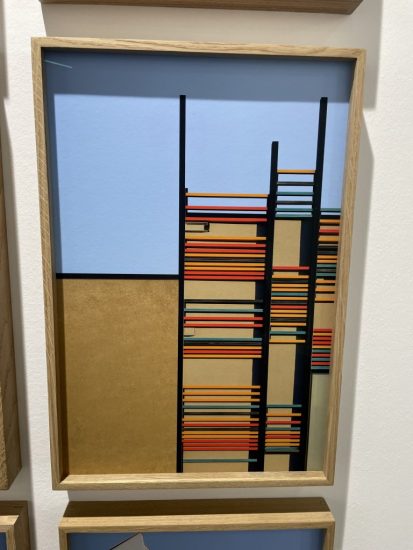 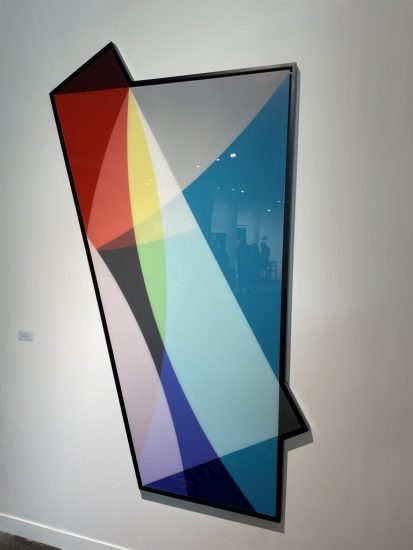 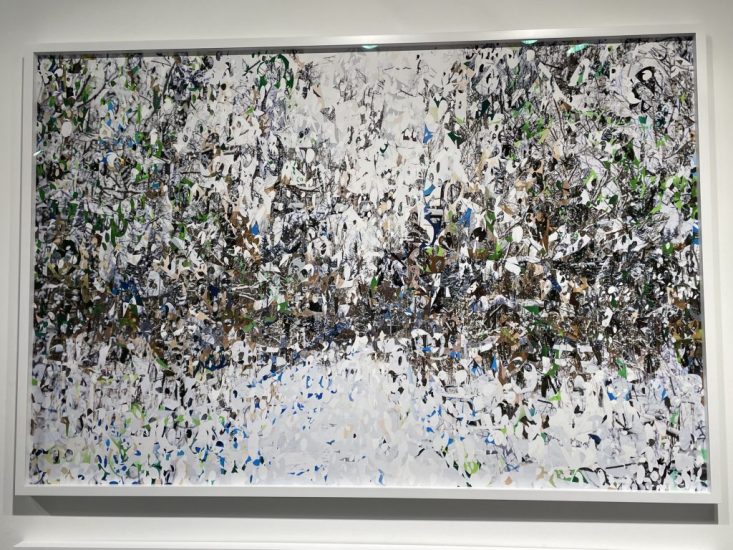 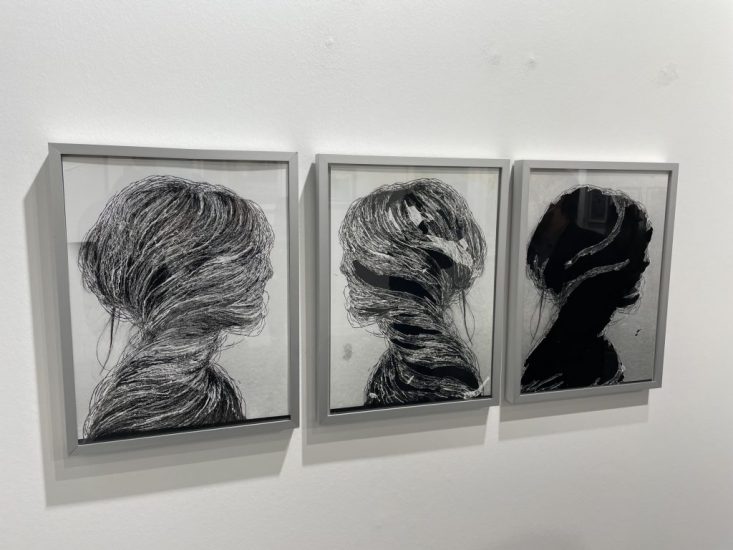 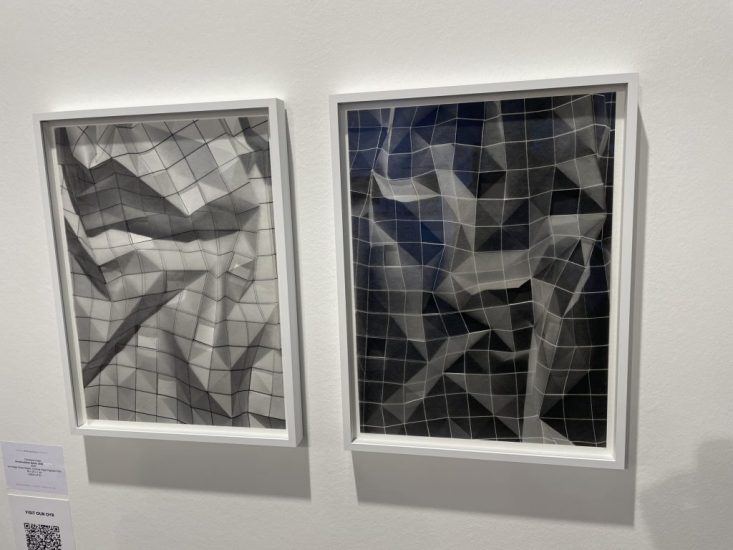 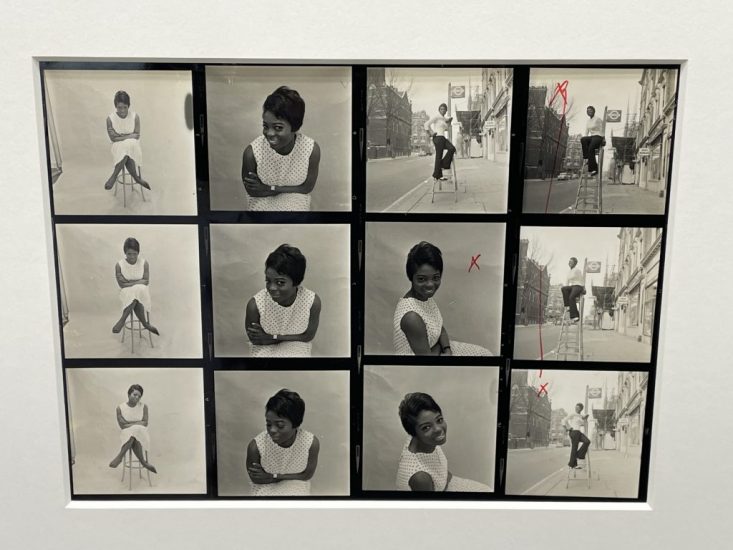 Nicholas Metivier Gallery (here): This large scale color print by Lynne Cohen pares this stylized interior down to elemental geometries of circles and squares, letting the hidden door on the right break up the expanse of red wall. With a retrospective scheduled for the Centre Pompidou in 2023, the attention on Cohen’s work is certainly on the rise. Priced at $21000.

La galerie du jour agnès b. (here): This burning storefront image comes from Philip Montogomery’s recent series “American Mirror”. Taken in Minneapolis in the aftermath of the George Floyd protests in 2020, the photograph captures the firestorm of destructive rage that engulfed the local community and the nation more broadly. An Aperture monograph of the project is forthcoming. Priced at €6200.

Die Mauer (here): This booth featured a broad selection of Gianfranco Chiavacci’s binary light studies from the early 1970s. Here the light spins and twists in layered conical sections, creating an undulating surface like a gathered curtain. Priced at €4500.

Christophe Guye Galerie (here): This booth was a group show survey of images made by women, many of them nudes or self-portraits. The visual confusion of this contemporary nude by Lina Scheynius featured overlapped multiple exposures that layer body parts on top of body parts (some human, others stone sculpture), leading to a quietly lyrical study. Priced at €4400.

Galerie Judith Andreae (here): This set of 24 prints by Johannes Brus is called the “Cucumber Party”, and chronicles a bunch of cucumbers on a harvest table in a meadow which spontaneously jump into the air with humorous glee, and proceed to overturn the table and dance in the air. It’s an early 1970s conceptual work by the German artist/sculptor, filled with perplexingly strange time reversal and spatial movement. Priced at €39500.

Galerie Judith Andreae (here): In addition to the previous work by Brus, this booth also presented an entire wall of vintage photographs by Sigmar Polke, who was at the Kunstakademie in Düsseldorf at the same time as Brus. This work combines messy darkroom experimentation with the brightness of a light study, the swirled mark adding an almost neon sense of pulsating energy. Priced at €19200.

Galerie Julian Sander (here): Not every eye catching photograph at a fair like Paris Photo has a big price or is made by a famous name. This simple c1930 photogram by the French photographer Claude Tolmer transforms thumbtacks into something strangely surreal, like a crowd of stylized passersby, or dropped pins on a digital map. Priced at €3500.

Galerie Johannes Faber (here): This 1928 abstraction by the Czech photographer Jaromir Funke makes the most of the compositional possibilities of perforated metal sheets. The frontal circles screen more twisting and turning behind, with shadows and smaller circles becoming echoes, repetitions, and distortions. Priced at €16000.

Vintage Galéria (here): White sugar cubes take on the heft of cinder blocks in this up-close 1930 still life by the Hungarian photographer Imre Kinszki. The light cast across the top edge of the cubes adds luminosity to the intimate composition, pulling us in to see the magic of the everyday. Priced at €3500.

Galerie Sophie Scheidecker (here): This eerie 1939 photomontage by Kati Horna makes an indelible statement about the vulnerable nature of wartime innocence. Using her own child as the model, Horna places the boy precariously floating above the nearby destruction, perhaps in search of the protection of his mother. Priced at €23000.

Jean-Kenta Gauthier (here): This work by Raphaël Dallaporta was actually on view in the back closet area of the booth, but it deserved better placement. Dallaporta has become increasingly scientific-minded in his recent works, and this image uses one of the seven faces of a centuries old astronomical clock as a base, on which he has captured the light path Venus traces in its movement across the sky. Like a decorative rosette, the pattern hints at age old hidden mysteries and overlooked elemental truths. Priced at €8000.

Galerie Paris-Beijing (here): In lightbox images by the French-Moroccan photographer Randa Maroufi, typical scenes of men lingering at bars, bodegas, or nighttime spots have been restaged entirely with women, actively reclaiming the public space. At once unexpected and strangely liberating, they reimagine a world where men no longer dominate even the most mundane of locations. Priced at €7500.

Howard Greenberg Gallery (here): The Greenberg booth was, as always, filled with a range of 20th century photographic rarities, with this classic Edward Steichen bridge view tucked in the back corner. The composition centers the sweep of the bridge within the layered Xes of the girders, adding bold industrial muscularity to the view. Priced at $120000.

Galerie Les Filles du Calvaire (here): This new work by Noémie Goudal continues her complex photographic interventions in the landscape. Here prints of the flash lit palm tree have been placed in the landscape and rephotographed, creating a woven checkerboard of interlocking parts and fragments like a Cubist puzzle. Priced at €24000.

Hamiltons Gallery (here): The darkly lit rooms of the typical Hamiltons art fair booth can feel overly dramatic, but they do create a glamourous presence that matches much of the work they show. This spotlit Irving Penn floral seemed to pop from the dark wall, making the intricate centers and billowing petals of the blood red blossoms all the more vivid. Priced at $250000.

Galerie Nathalie Obadia (here): Agnès Varda is recognized across the globe as an influential director and filmmaker, but her efforts as a photographer are much less well explored. A cluster of images in this booth featured Varda’s photographs of the work of French ceramicist Valentine Schlegel, the bouquets of daisies adding unpretentious energy to the sinuous sculptural forms. Priced at €9800.

Galerie Nathalie Obadia (here): Youssef Nabil’s work doesn’t get shown in New York as much as we might expect, so it’s always good to get an update on his activities when we come to Europe. This 2019 work finds him continuing to experiment with his signature overpainting techniques, adding a hint of warm nostalgia to this disrupted (but not physically cut) sunset. Printed large and priced at €33000.

Bendana-Pinel Art Contemporain (here): This geometric cyanotype was made in 2020 by the Mexican photographer Alejandra Laviada, using the component parts of her white painted sculptures. Both iterative and deconstructed, the work repurposes those previous forms, layering them into an energetic flow of overlaps and intersections. Priced at €6000.

Bendana-Pinel Art Contemporain (here): Niccolò Montesi’s recent photographs start with the architectural edges of Milan, which he then isolates by removing all the detail in the surrounding skies. His excised results are crisply formal, amplifying and flattening the edges, corners, and shapes. Priced at €2500.

Persons Projects (here): In this 2020 work, the Finnish photographer Niko Luoma introduces large scale shaped prints to his toolbox of experimental abstraction. Folds and arcs divide the multiple exposure composition into discretely blocked color areas, which additively overlap beyond the edges of a normal rectangle. These new works bring a photographic perspective into dialogue with the shaped canvases of Frank Stella, Ellsworth Kelly, and others. Priced at €16000.

Persons Projects (here): Eeva Karhu’s recent seasonal images seem to dissolve into a gloriously fluttering mass of image fragments. Her works are built up from images made on daily walks, which are aggregated into months, and then ultimately into seasons, the color palettes and gentle moods changing with each passing cycle. This image of winter (from 2021) explodes into deep layers of digital confetti, collapsing time and experience into one all-over expression. Priced at €7500.

Gallery Anita Beckers (here): Annegret Soltau’s best known works incorporate stitched threads into her self-portraits, wrapping her face with intricate lines or stitching together collaged image parts into roughly provocative wholes. This 1976 work leverages that same motif of thin lines, but uses photo etching/scraping to create a similar effect. The scraped lines curve around her head like thick swoops of hair, to the point that the etching cuts itself away, leaving behind a harrowingly empty black void. A vintage triptych, priced at €14500.

Gallery Anita Beckers (here): While Christiane Feser’s intricately constructed image/object illusions are usually larger and generally unique, this pairing of smaller works has been made in an edition, thereby allowing a broader audience to experience her work. Here two layers of photographic print and thin transparent sheet are precisely aligned on top of one another, allowing folds, cut outs, and crumpled grid lines to smartly play against each other. Priced at €12500.

Her most recent gallery show in New York (2019) was reviewed here.

Parts 4 and 5 of this report can be found here and here.