Editor’s Note: The Expo Chicago fair held last weekend was one we unfortunately couldn’t attend in person, but we asked Carol Lee Brosseau to gather up her image highlights as a proxy for actually walking the halls ourselves. Carol Lee is an LA-based art advisor, appraiser, and former gallery director at Joseph Bellows Gallery (her site is here). She also provided us with her perspective on Paris Photo LA earlier this spring (here).

I was able to attend EXPO CHICAGO this past week, the four year old art fair in The Windy City. Chicago is an amazing town for art. The Art Institute of Chicago boasts of one of the largest collections of Impressionist art, and every time I go I am overwhelmed by the sheer number of masterworks on view. Chicago’s excellent Public Art Program makes the city a culturally and visually invigorating city to experience, even if you never step foot in a museum. Chicago’s deep architectural and photographic histories also add to the artistic richness of the city.

EXPO is becoming another way to see great art in Chicago. EXPO 2015 brought together artwork from 140 galleries, representing 16 countries and 47 cities from around the world. Held at Navy Pier, EXPO offers visitors modern and contemporary art in all media. EXPO is a nice fair to attend for contemporary collectors and good for beginning collectors as there is work in all price ranges. For the photograph collector, the fair is heavier in other media, but there is indeed some great work at EXPO. Standout booths for me were the always good Weinstein Gallery, Stephen Daiter Gallery, Edwynn Houk Gallery, and Rose Gallery. Here are my top picks from EXPO. (I’m also picking the Cubs to make the playoffs this year.) 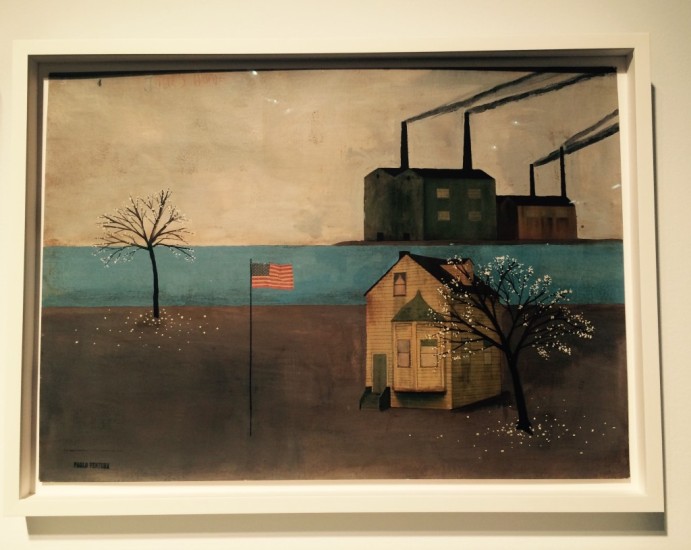 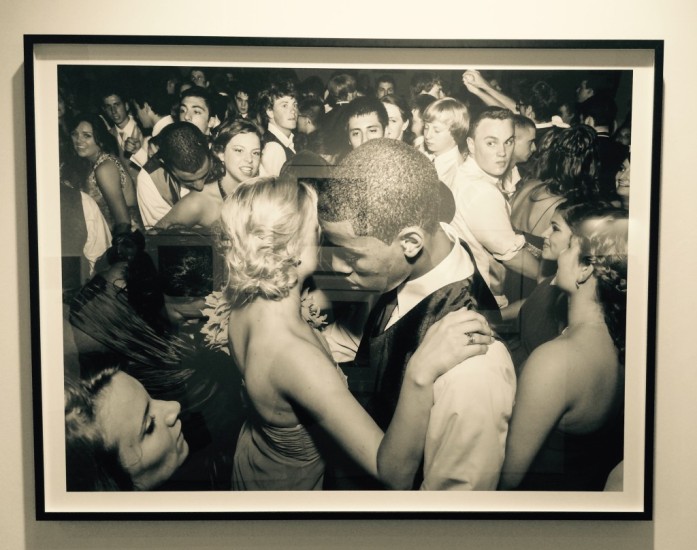 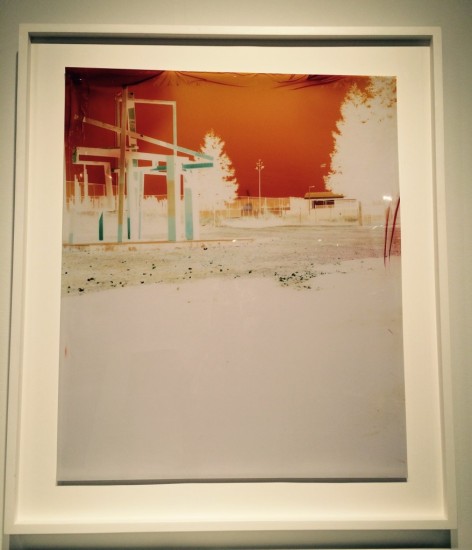 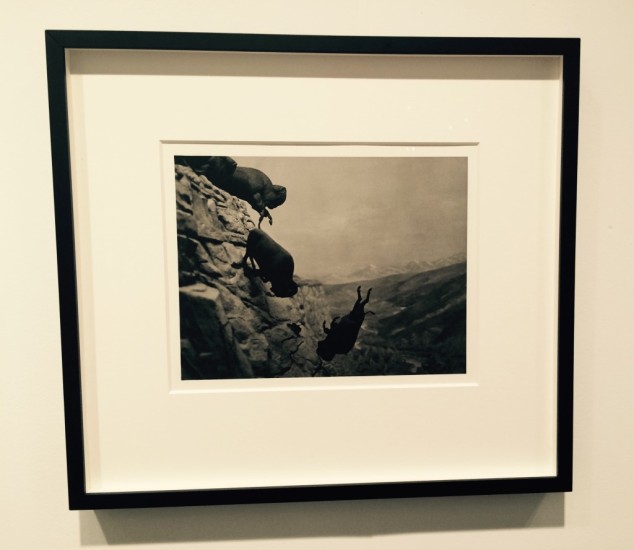 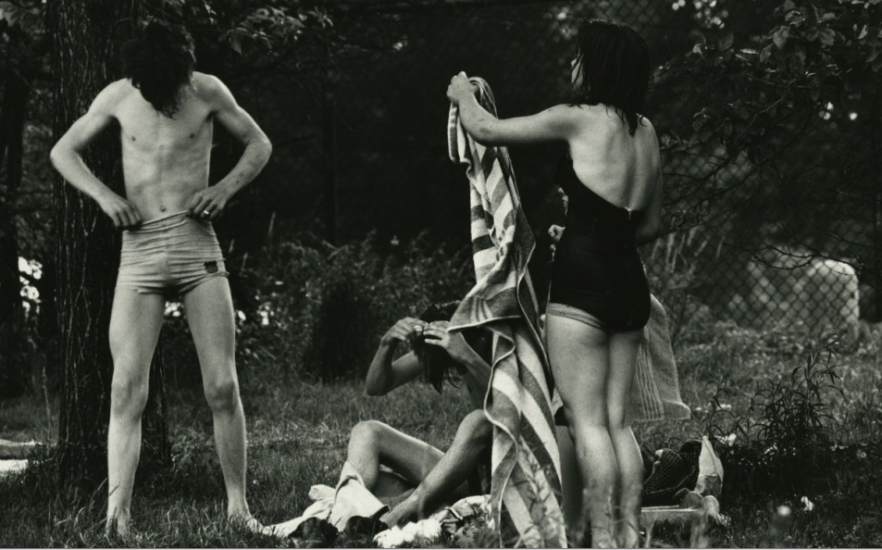 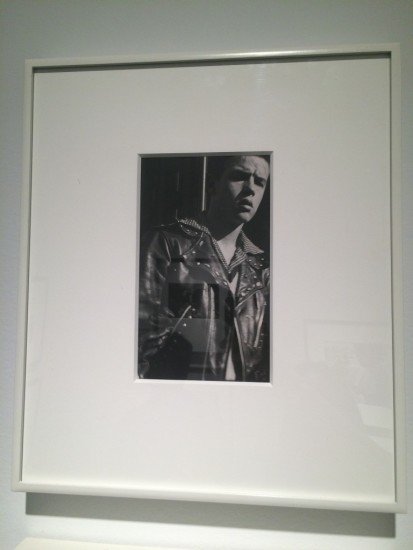 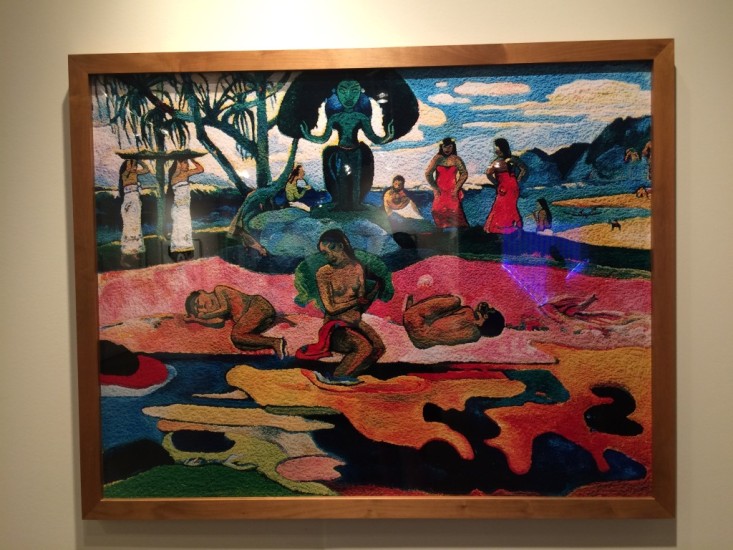 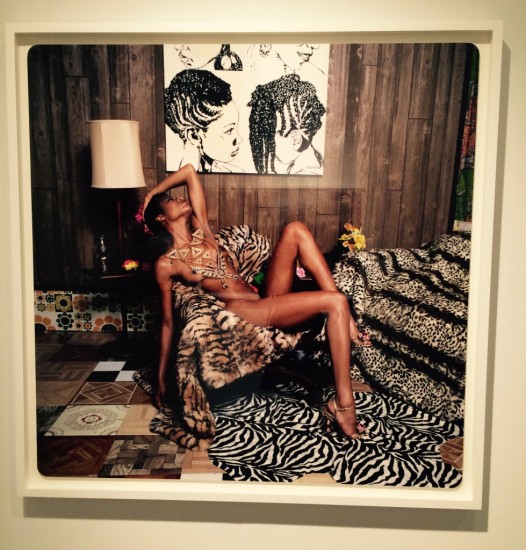 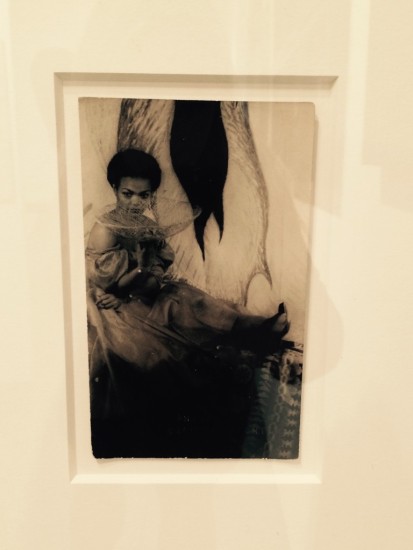 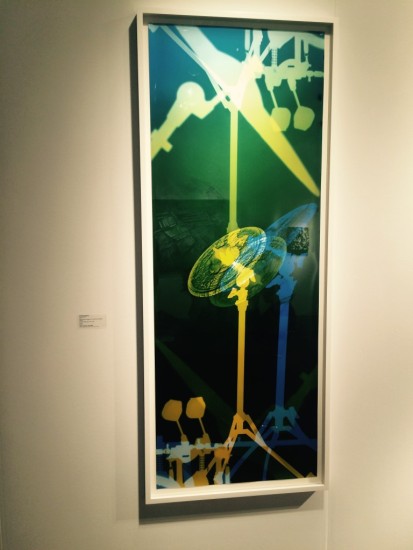 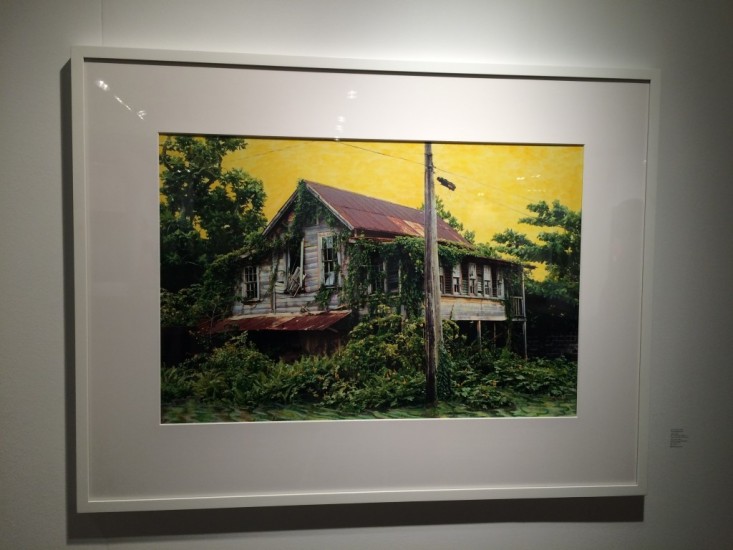 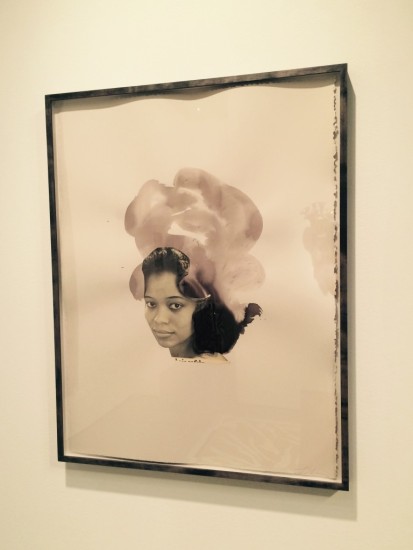 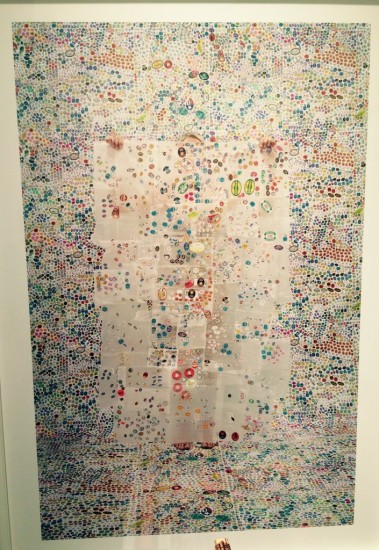 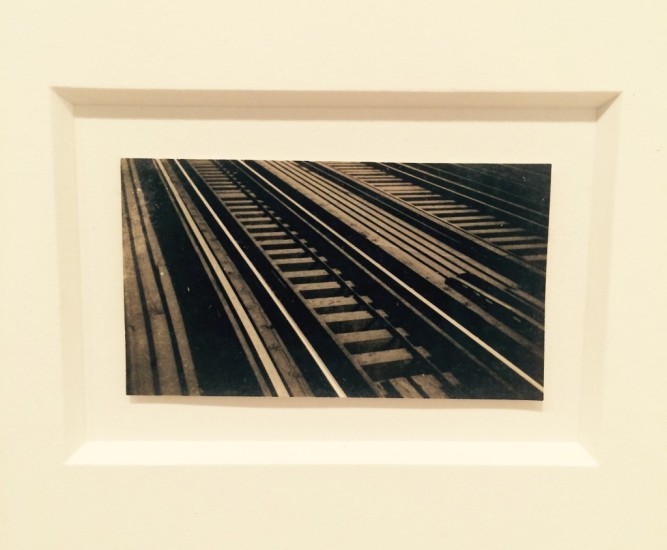 The pieces by Italian artist Paolo Ventura were my favorite works at the fair. Admittedly, they are a blend of two of my favorite things, photographs and musical theater. But you don’t have to love theater to admire the beauty of these objects. The pieces offered by Weinstein Gallery were made as preliminary set designs for the Chicago Lyric Opera’s 2015 production of Rogers and Hammerstein’s Carousel. Ventura’s process is somewhat amazing, as he first built miniature models of the set pieces and buildings, photographed the miniature sets, then hand painted and collaged on top of these photographs. The final works have the flattened space and the honest, naïve feeling of American Folk Art. They fit the dark tone of the classic piece of American musical theater for which they were created, and they stand alone as exquisite original works of art. I give this work 5 stars (from the Starkeeper, of course).

From Soth’s latest series “Songbook,” which explores American culture and its simultaneous desire for individualism and connection. Does anything better exemplify that dichotomy than a high school prom?!

I love Chiara’s work and his boundary-pushing, experimental photographic process. Using giant self-made cameras on a flatbed trailer, Chiara records the images directly on to light-sensitive paper inside the camera. An interesting process combining intention, intuition, and chance, Chiara’s images feel more like snapshots from dreams or photographs of memories, rather than the real world. The surreal color palette and split composition makes Laney at 5th an interesting piece.

Note: If you are interested in understanding Chiara’s process in detail, a good video can be viewed here.

This powerful, poetic, and brutal image was taken by the photographer as he was dying of AIDS and was used as a response and outcry to the AIDS crisis and political climate in America in the 1980s. Wojnarowicz shot a portion of a western diorama in the National History Museum in Washington, D.C., and used the image of buffalo being driven off a cliff as a haunting parable of the marginalization of AIDS victims and a commentary on American politics (past and present). As a photograph, I find it interesting how in Wojnarowicz’s hands, the content and context of the original image is altered completely.

This image is part of Chicago ID photographer Joseph Sterling’s 1962 photo essay (and Masters thesis) “The Age of Adolescence.” Sterling’s photographs capture an era and generation with heart and humor particularly seen in this image of swimmers. The Americanness of the imagery is so thick, at first glance I thought the girl’s towel was a flag.

A cool portrait and vintage print by a lesser-known ID photographer and student of Callahan and Siskind.

Fitting for the Chicago fair, as the original painting is housed at the Art Institute of Chicago. This is from Muniz’s “Pictures of Pigment” series, in which the artist recreates Gauguin’s masterwork out of powdered pigment. This print is from a sold out edition of 6 + 4 APs.

Thomas’ photographs recall her paintings in their elaborate and overlapping detail and textures. In this staged portrait, Liz’s classic pose lends some elegance and drama to the 70s inspired swanky animal skins and paneled walls.

The gallery hung a selection of photographs from which they described as sampling of an extensive archive of images of African American portraiture and culture. Prices range from $300 for stereoview cards up to $50,000 for daguerreotypes. I particularly enjoyed a few of the female portraits displayed in the booth.

LA-based artist Farrah Karapetian created photograms using drum kits. She cast the cymbals in glass, resulting in a translucent glow and halo-like forms within the images.

This photograph is of an old slave trader’s home in Guyana where the artist grew up. Interested in issues of class and power, Locke documents these disappearing old structures with dark histories. He then paints on top of the photograph and adds some unnatural and unrealistic elements. For example, the water in this image looks very much like the stylized, swirling, colorful water in Gauguin’s Day of the Gods.

A nice example of one of Simpson’s collages, employing a found image taken from an advertisement in Ebony magazine and adding a soft watercolor embellishment.

I really like Welty’s Chiral drawings and fruit sticker drawings, both tediously and meticulously made. In this work, the artist is literally enveloping herself in one of her art making materials.

JTF (just the facts): A total of 9 large scale color photographs, framed in white and unmatted, and hung against white walls in the main gallery space. All of the ... Read on.