JTF (just the facts): Over 200 prints, installed in a series of 6 interconnected rooms, covering most of the history of the medium. The walls get lighter as the exhibition progresses. Details for each room can be found below, including artists represented and number of items on view. (Installation shots at right.) 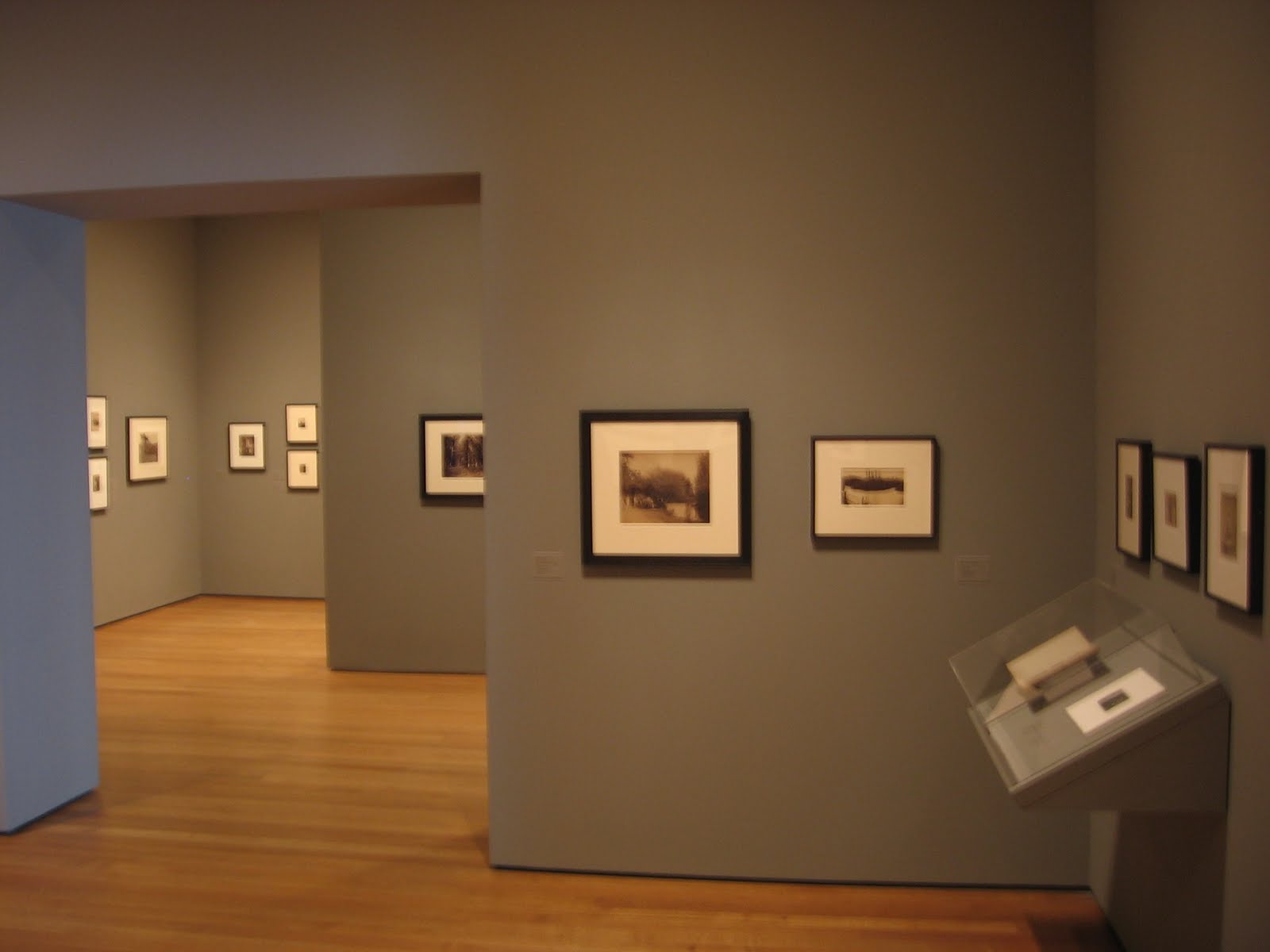 Room 6: a total of 23 individual works, many with multiple prints.

Comments/Context: Art world watchers from all over look carefully when the Museum of Modern Art in New York rehangs its permanent collection of painting and sculpture. They inspect each inclusion, discuss important omissions and consider what the curatorial decisions say about the reshaping of the narrative of Modern art. And while the Photography department at MoMA is equally dominant in its ability to lead the discussion about the history of its medium, the rehanging of the permanent collection each year seems like much less of an event that it should be. Why, I’m not quite sure.

This year’s rehang looks to have been an inside curatorial challenge of sorts: starting with recent acquisitions whenever possible, try to tell the story of photography through unexpected secondary pieces by well known photographers, mixed with relative unknowns, making a particular effort NOT to use any recognizable masterworks. (If it wasn’t designed to be the usual historical review but was merely a gathering of new acquisitions, it should have been marked more obviously as such.) For the crowd of folks who were streaming through the galleries when I was there, this seemed to be a confusing approach, leading to many puzzled looks, squinted wall label inspections, and aimless random wandering without any anchors to draw attention; everyone ended up in an eddy pool in front of the newly acquired Avedons.

The first two galleries contained a selection of 19th century works drawn from the collection of Suzanne Winsberg (a recent bequest to the museum). There was a heavy dose of early French photography here; I particularly enjoyed the Belloc nude, the Aubry and Braun still lifes, the Baldus viaduct, and the Le Gray single tree in Fontainbleu forest. The next room covered the gap period from the end of the 19th century through to the beginning of Modernism; I found the Sheeler staircase and the unknown image of the construction of the Paris Metro the most memorable of an otherwise understated group.

The fourth room began with a group of European Modernists (one obscure but beautiful picture each), was followed by a long wall of FSA images, many using signs and painted text as the primary subject, and ended with a group of American Modernists and the transitionary figures of the late 1940s and 1950s. The Shaikhet gas tank, the Evans post office, and the Sommer glass abstractions were the standouts for me in this divided room.

The fifth room contained a group of 20 photographs by Richard Avedon (both portraits and fashion shots) as well as a mixed bag of secondary images from Arbus, Frank, Friedlander, Winogrand et al. The Avedons sucked all the air out of the room; all the people clustered looking at them (see image above), leaving the other side of the gallery deserted. The last room was the token contemporary room and the only one to contain any color. The Becher typology of framework houses was spectacular, and I also enjoyed the more subtle charms of the Barth triptych of flowers in a vase obscured by a shade; this final room was however only marginally representative of the reality of contemporary photography.

At some level, I certainly understand the desire to show new acqusitions and get some work out of storage that doesn’t get displayed much. But I’m not sure the “anti greatest hits” approach works very well for most of the audience. While we as collectors might be extremely interested in unusual prints, oddities, and lesser known discoveries, I think that most visitors will find this summary too haphazard and lacking in “the good stuff”. And perhaps this is the point: expose people to things they’re not expecting.

This selection of images does of course tell the chronological story of the medium (and does so with high quality prints from all periods); it therefore fulfills the educational requirement and mandate of any permanent collection exhibit. It also opens up some intriguing questions about the nature of the “masters” and their rightful place in telling the story of the medium; there are clearly many subcategories and alternate histories of photography that are possible. However, this isn’t a photography exhibit I would take our kids to; while there are certainly a handful of prints they might enjoy, I think the show is too random and untethered for them (there aren’t enough recognizable touch points); it seems built more for connoisseurs and experts who are drawn to the more irregular in photography, rather than for the general art viewer who is trying to make sense of it all and place it in the context of the entire sweep of art history. As such, I think it is a missed opportunity to make a more coherent case on behalf of the medium; I guess I have come to expect more leadership from MoMA, and didn’t get enough of it here.

Collector’s POV: I’ve already highlighted above our picks for the most exciting images in each room of the show. With a comprehensive museum group show like this one, the discussion of prices and markets for individual artists becomes unwieldy; suffice it to say that we could certainly choose a handful of images from this bunch that would fit well into our collection, although few of them would be on the very top of our hit list. To me, these works feel a little more like hole filling or deepening the collection, rather than striking out in new directions.

Selections from the Permanent Collection
Through March 22