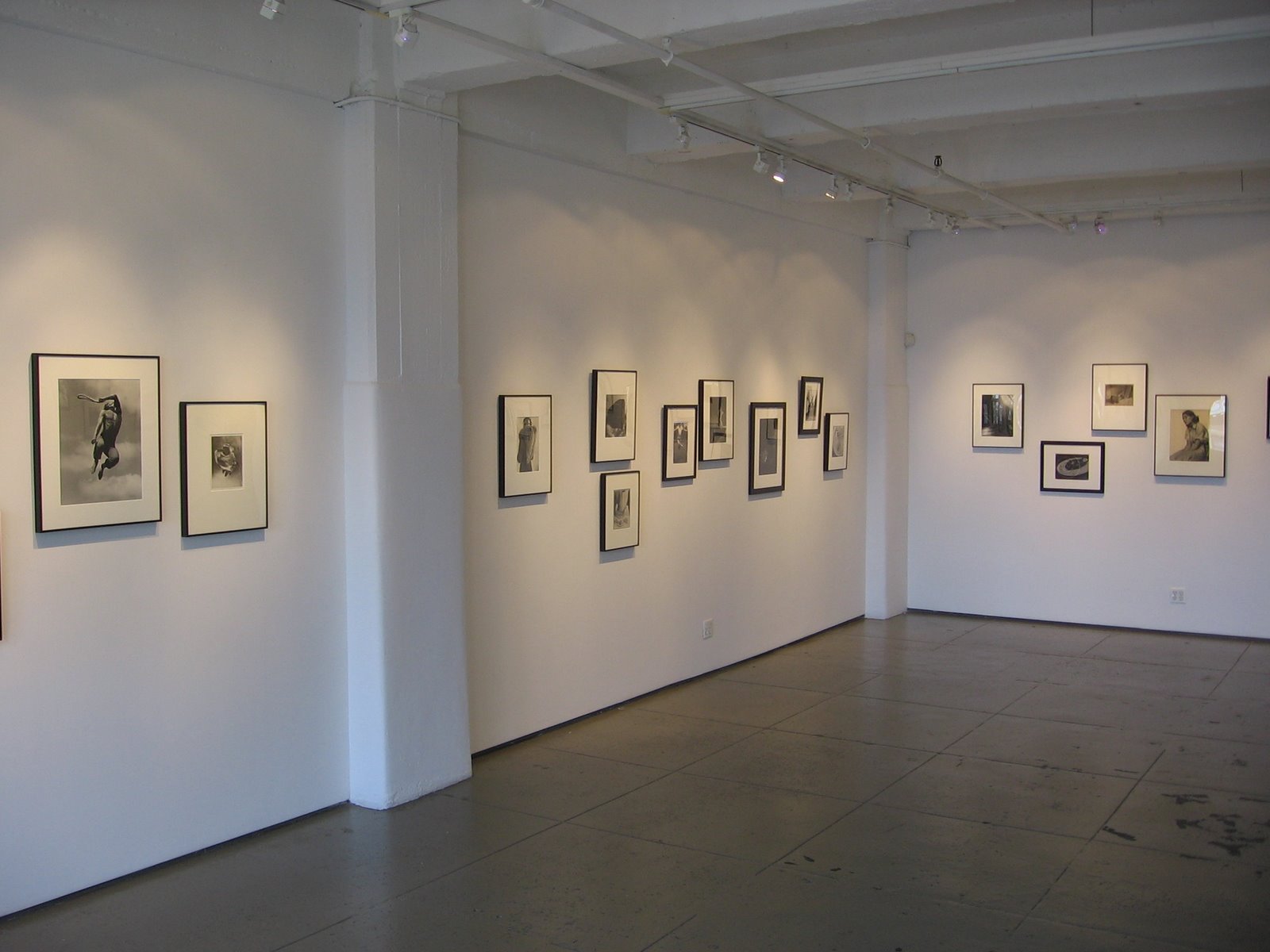 Here’s a list of the photographers included, with the number of images in the show by that artist in parentheses:
Berenice Abbott (6)
Hazel Larsen Archer (6)
Ellen Auerbach (4)
Walter Auerbach (1)
Ilse Bing (6)
Carlotta Corpron (2)
Trude Fleischmann (1)
Horst P. Horst (1)
Lotte Jacobi (2)
Andre Kertesz (1)
Dora Maar (1)
Barbara Morgan (3)
Man Ray (3)
ringl + pit (11)
Josef Sudek (2)
Margaret Watkins (3)
Comments/Context: It’s ironic that the summer group show is the one time of the year when gallery curators really get to flex their muscles, freed from the relentless parade of one person shows (where the work “speaks for itself”), and yet, these shows hang in quiet empty galleries, as the entire art world has decamped to greener pastures to escape the heat. These shows allow curators to reclaim the lost arts of storytelling and narrative, of juxtaposition, of education; they encourage us to see familiar work in new ways and to see unexpected connections with less known artists.
A well-executed example of the group show is now on view at Robert Mann (it’s closing at the end of the week, so get over there soon). Of The Refrain is based (not surprisingly) on the simple premise of the musical refrain, where a common melody or theme is brought back again and again, to reinforce the dominant ideas of the piece, while also showing contrast and change over time. Transposed to the visual world of photography, we are shown a carefully sequenced series of images, where themes of dance/movement, portraiture, and commercial photography (eyeglasses, lace, hats, soap, bubbles and the like) are intermingled, repeated and harmonized. Camera angles and scale also keep changing to ensure the connections and variations aren’t too staged or obvious. 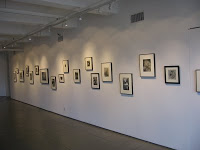 Care the in crafting of this show was also clearly taken in the installation of the images themselves (see above and particularly to the right). Notice how the images drift up and down (like a musical score or a wave). While it’s hard to see from these small digital images, the linear sequencing of the images introduces one subject matter theme for 2 or 3 pictures, moves to another idea, and then reintroduces the original theme 10 or 12 pictures down the line, again and again, around the room. The effect works and the whole exhibit “hangs together” well.
You’ll notice I have yet to really highlight any singular images found in this show. And while I’ll do that in a moment, the show isn’t really about stand out, earth shattering images (in my opinion). It’s more about the voice of the curator, and the journey taken walking through the gallery.

Collectors’ POV: The prints in this exhibition range in price from $4000 on the low end to $25000 at the top. These prices seem to me to be at least 20% too high, but keep in mind, this is a well established gallery, selling at retail, in Chelsea, so perhaps the prices aren’t that much out of line. I have always been a fan of the scientific photography Berenice Abbott did at MIT, and there are several nice prints of this work included in the show, in larger sizes (16×20) than I have seen them before ($6000 each). Another stand out was the work of Helen Larsen Archer (who was previously unknown to me). Her fragmented portraits of Merce Cunningham are fluid and simple, yet very evocative; they are sprinkled throughout the show and help to keep the pace up (prices range from $5000-7000).

All in all, well worth a trip down to deserted Chelsea in the dog days of summer.
Rating: ** (2 stars) VERY GOOD (rating system defined here)
Of The Refrain
Through August 22nd
Robert Mann Gallery
210 Eleventh Avenue
New York, NY 10001
PS. This will be the last post this week. Back on Monday.
Twitter| Facebook|