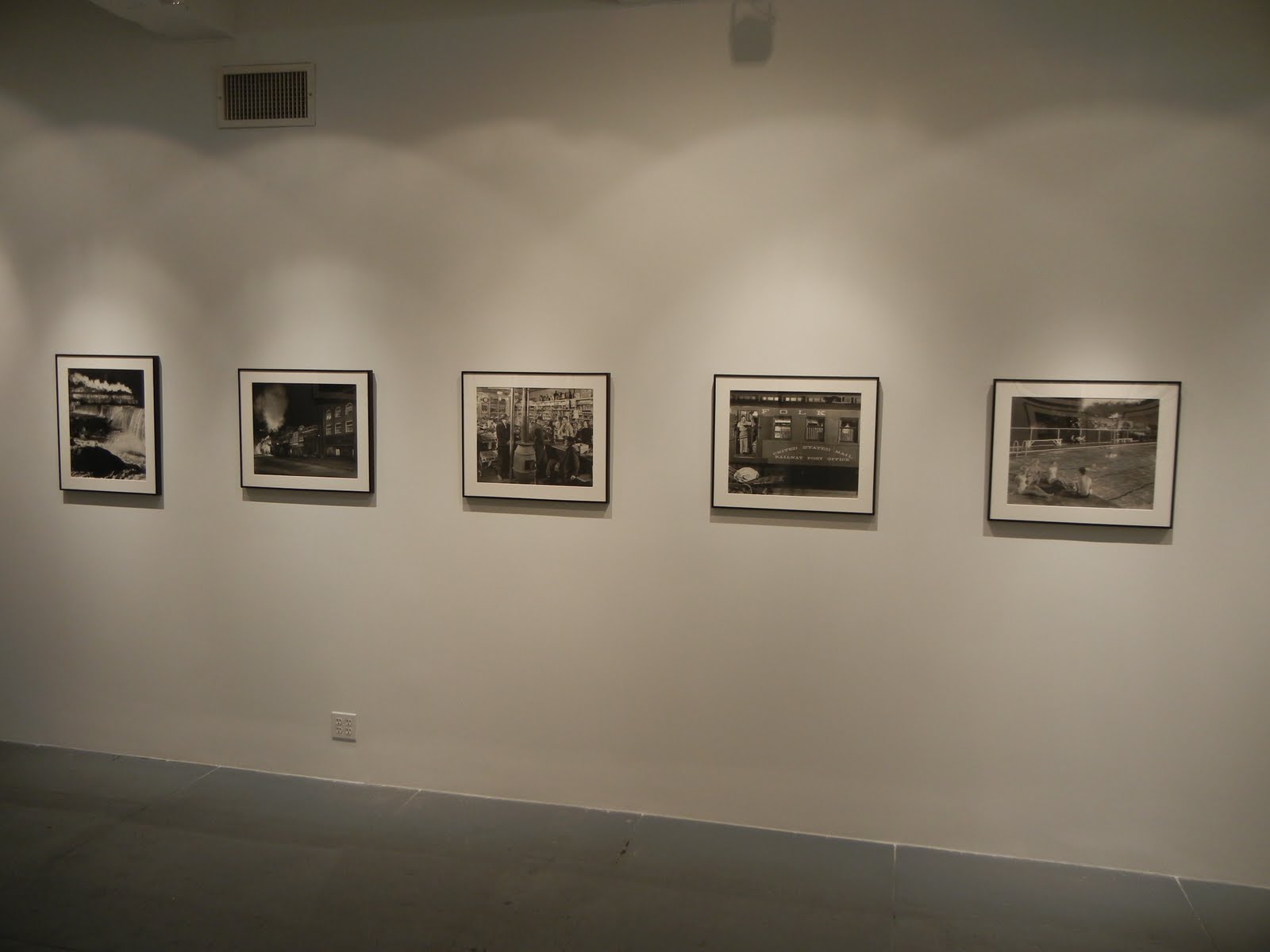 JTF (just the facts): A total of 22 black and white and 2 color photographs, framed in black and matted, and hung throughout the main gallery space. Nearly all of the works are later gelatin silver prints, most sized 16×20 or reverse, with 2 outliers (20×24, and 12×51). The two color images are chromogenic dye coupler prints, also sized 16×20. All of the images were taken in between 1955 and 1958. (Installation shots at right.)

Comments/Context: This show of the photography of O. Winston Link is exactly what you would expect it to be. It’s a gathering of nearly every one of his most famous nocturnal steam train images, pictures that chronicle a simpler time before the arrival of the interstate highways. Without a doubt, it’s a greatest hits exhibit, perfect for those who need a refresher on Link and his carefully controlled cinematic drama. 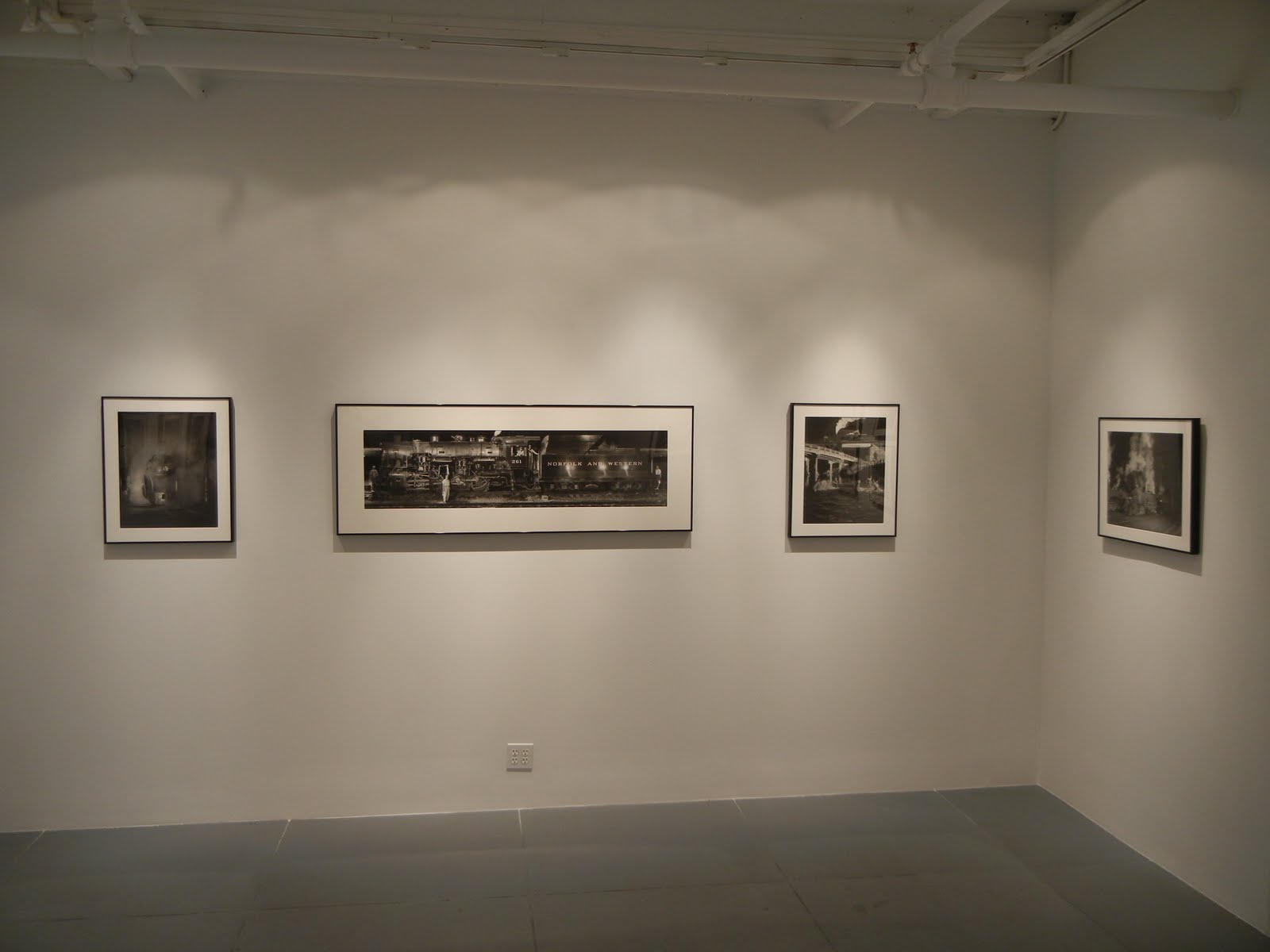 If we step beyond the obvious 1950s nostalgia and the train buff nerdiness and look at Link’s work through the the eyes of today’s contemporary art mindset, I think something surprising happens. I think a pretty compelling argument can be made for placing Link near the beginning of the “staging” timeline I mentioned earlier this week vis a vis the current Staging Action show at the MoMA. His use of artificial lighting and meticulous compositional construction is what makes these images so amazing; in many ways, he’s a direct precursor to the sound stage elaborateness of Wall and Crewdson. The gas station, the swimming hole, the drive-in theater, the horse and buggy, the waterfall, the woman in her living room, the giant oak, yes, they all have a train in them, but the precise placement of that train within the overall scene was anything but accidental or documentary. 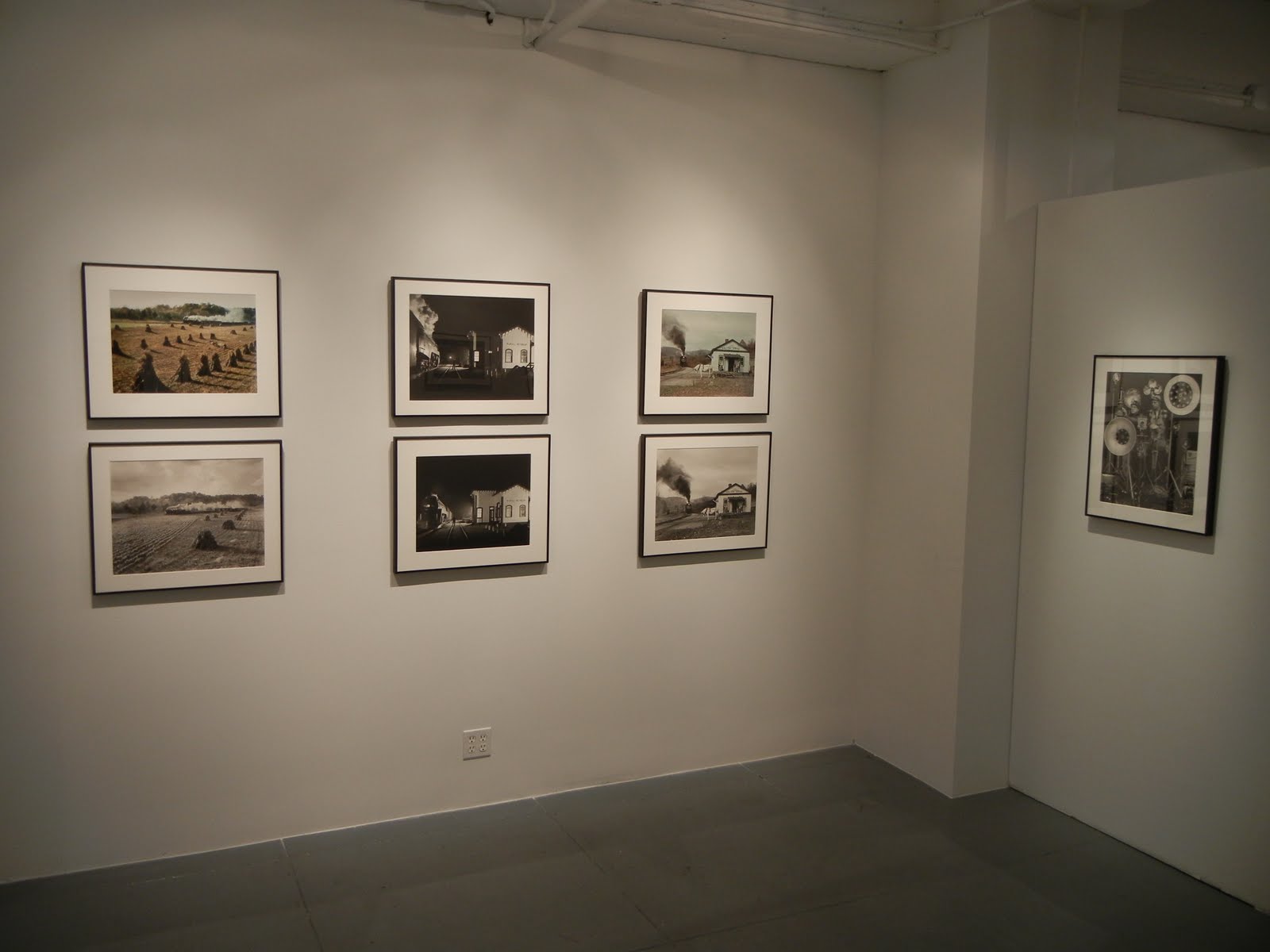 When dissected in this manner, I think Link’s work becomes altogether more surreal. The shadows, the smoke, the bright highlights, the glare, nothing was left to chance. I started to notice the float of the steam, the placement of the figures, the areas of dark and light in each image; clearly, he was drawing our eyes to certain spots and hiding others in blackness. The pairing of images at the Rural Retreat depot shows how Link manipulated the light to get specific effects; in one image, a man holds a lantern and the depot is partially in darkness; in another, the man is without a lantern and the depot is fully lit.

I suppose this is what makes some of the masterworks of photography so great; they can constantly be reinterpreted and rediscovered by later generations, who will see in them something different than those that came before. Old can still be both good and relevant; for those of you who have steeped yourselves in the nuances of staged contemporary photography, swing by this show to reconsider just how fresh and important O. Winston Link might be. 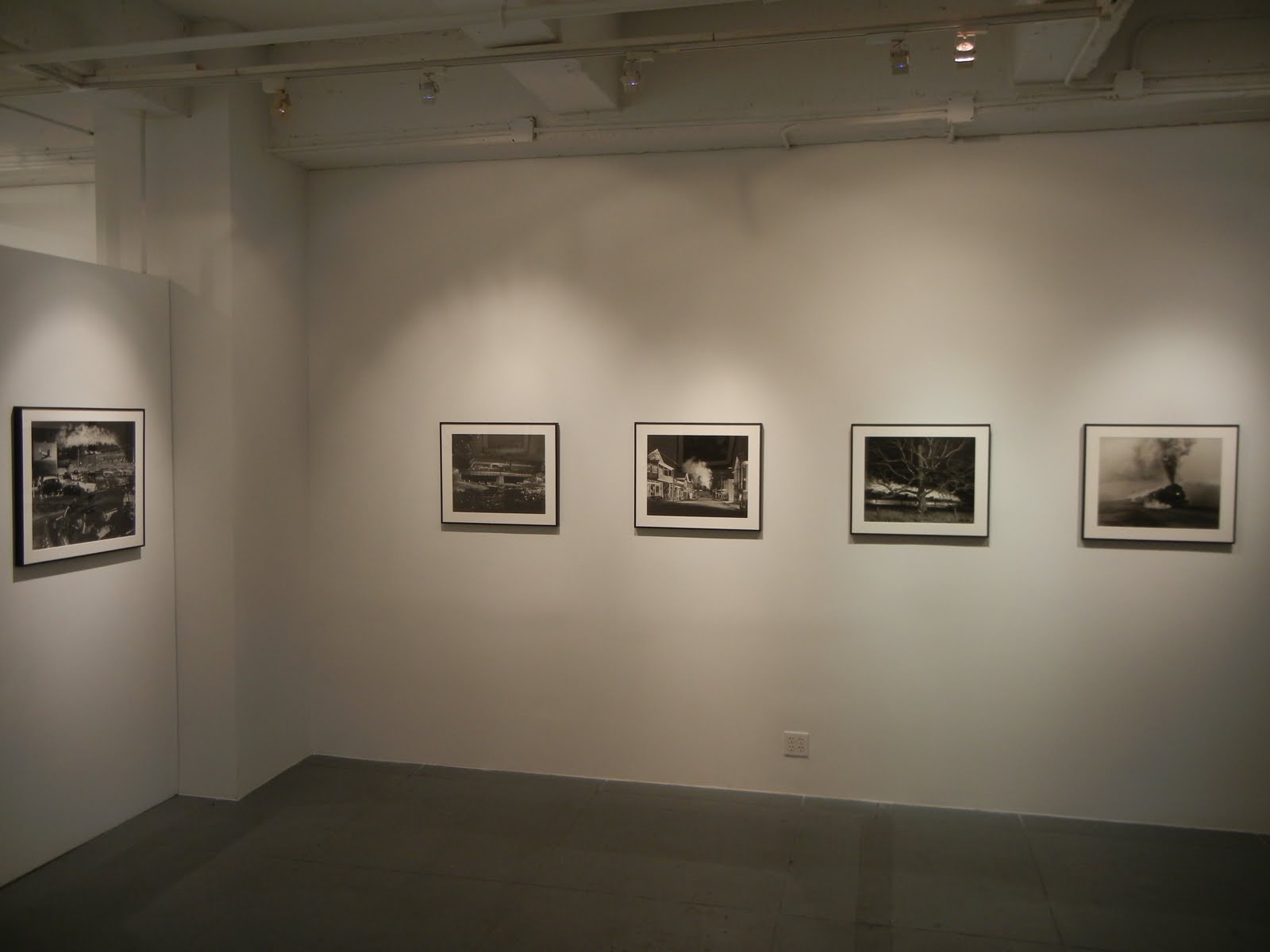 My favorite image in this exhibit was NW795 Winston Link, George Thom & Night Flash Equipment, New York City, March 19, 1956; it’s on the far right in the third installation shot. It’s a spectacular portrait of Link, his assistant, and all his cameras and lighting equipment. While the train pictures are of course iconic at this point, I liked the circular patterns of the light fixtures and the tangle of tripods in this image.