JTF (just the facts): A group show containing the work of 6 individual photographers and one partnership, variously framed and matted, and displayed against white walls in a series of three spaces on the third floor of the museum. The exhibition was organized by Roxana Marcoci, Curator, with Katerina Stathopoulou, Curatorial Assistant, Department of Photography. (Installation shots below, in a slideshow.)

The following artists/photographers have been included in the show, followed by number of images on view and print details: 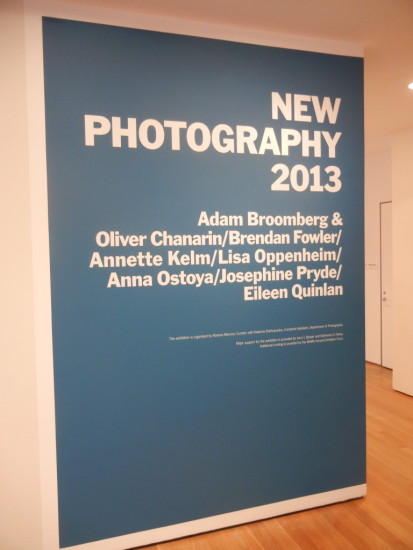 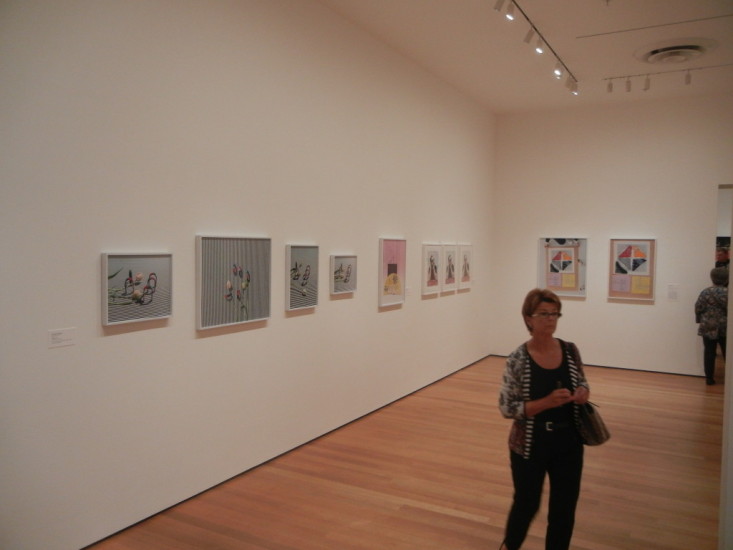 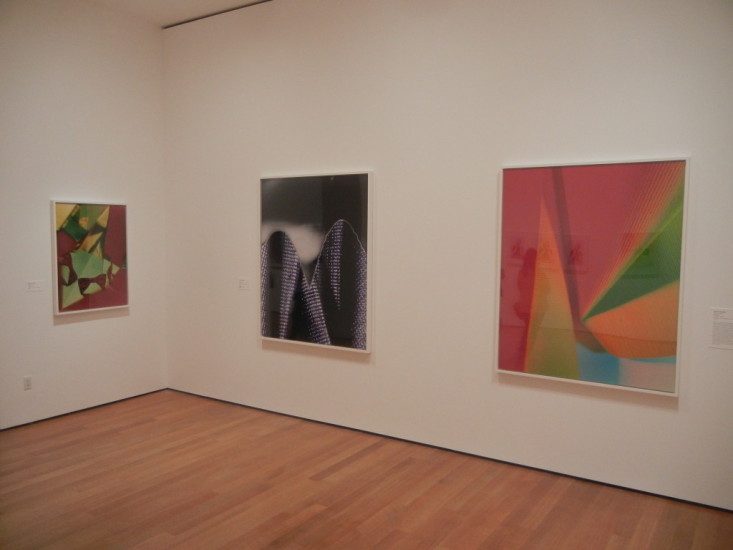 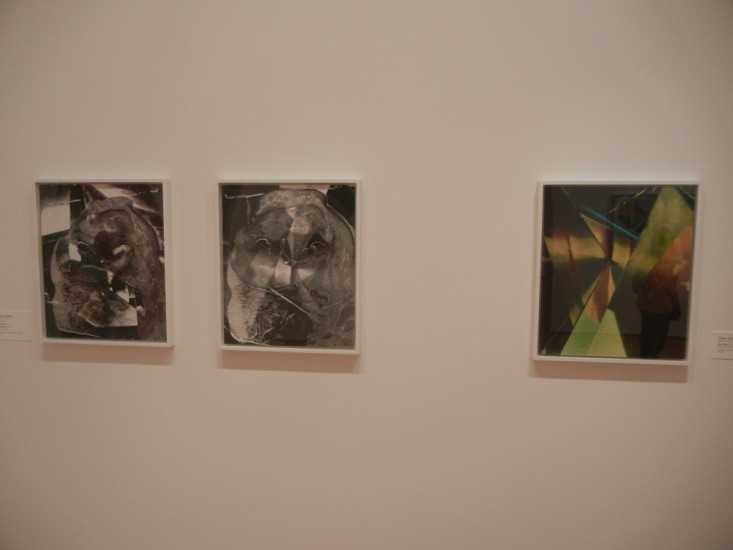 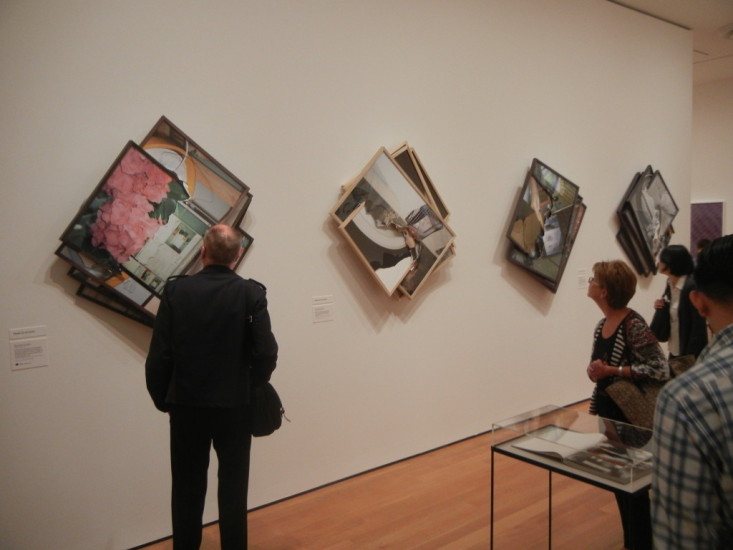 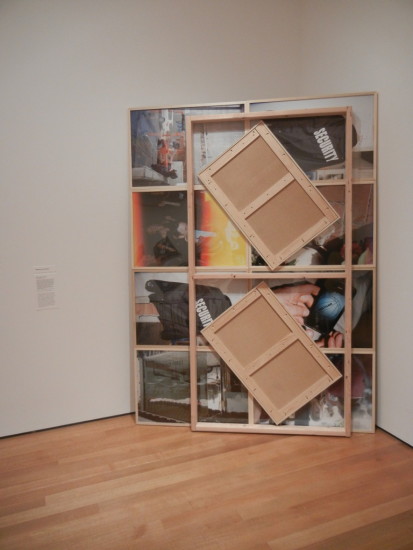 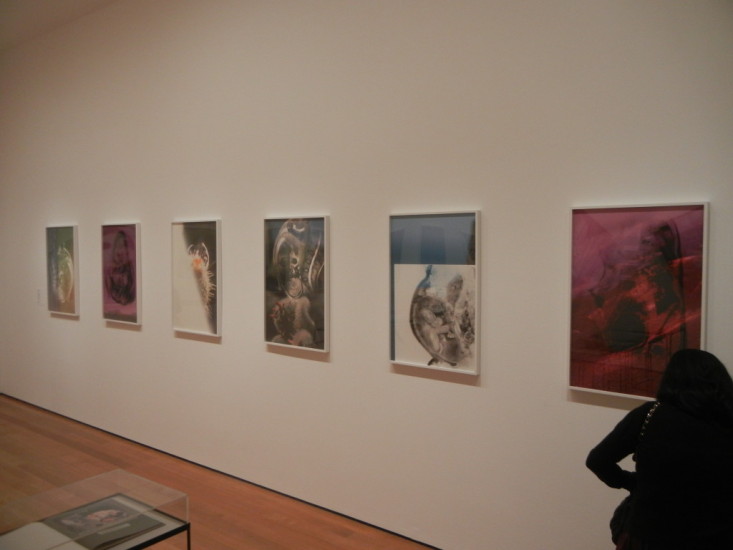 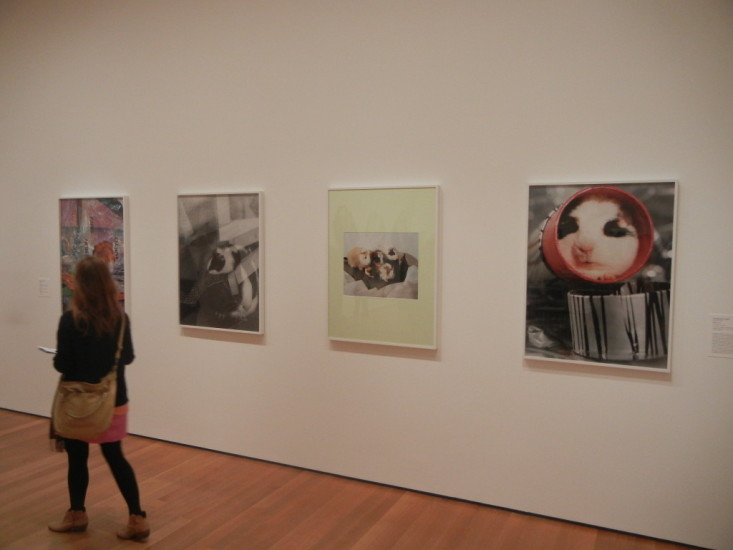 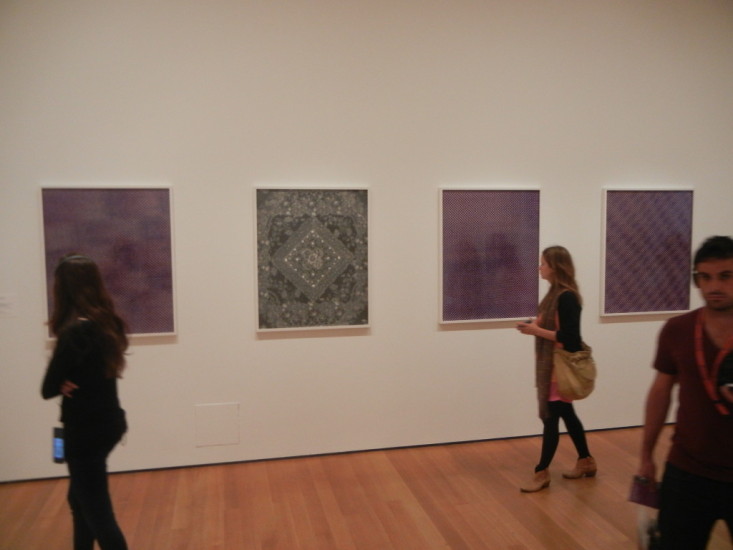 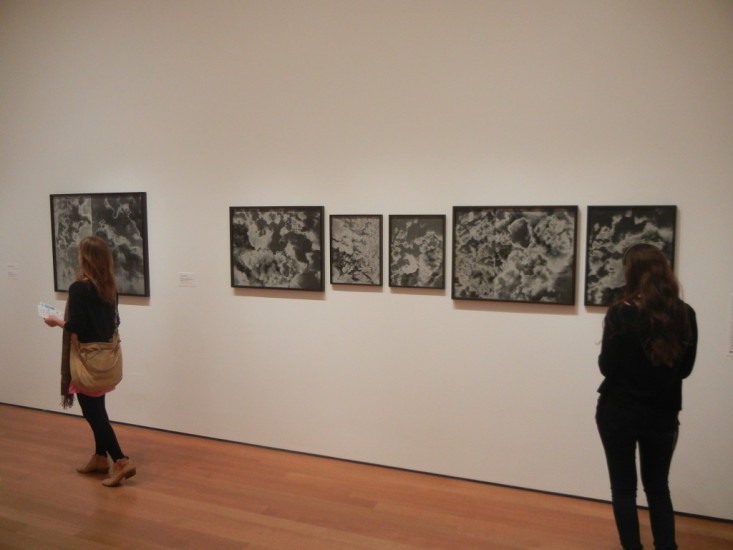 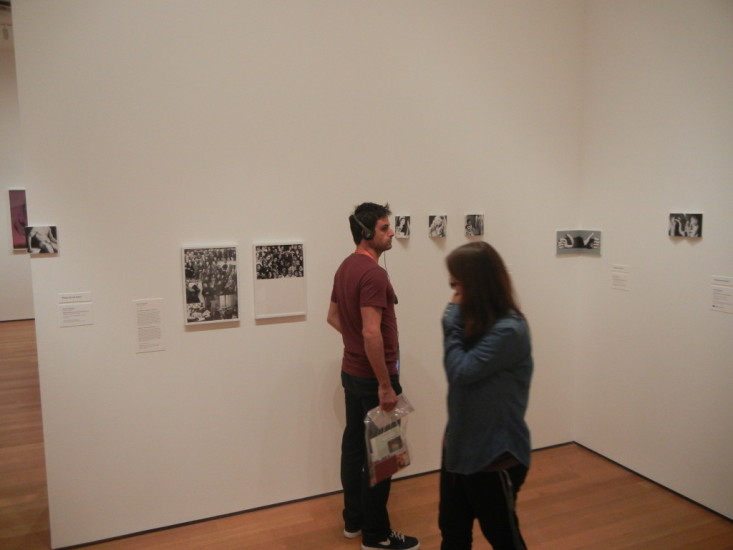 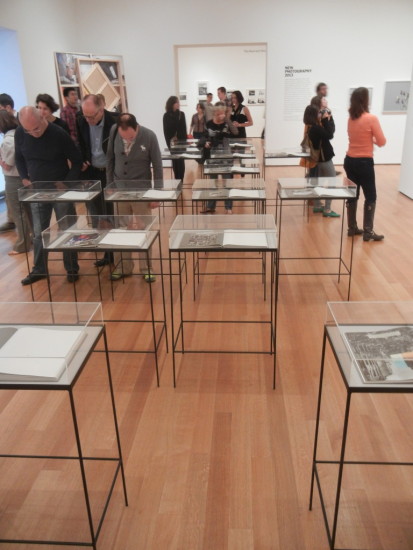 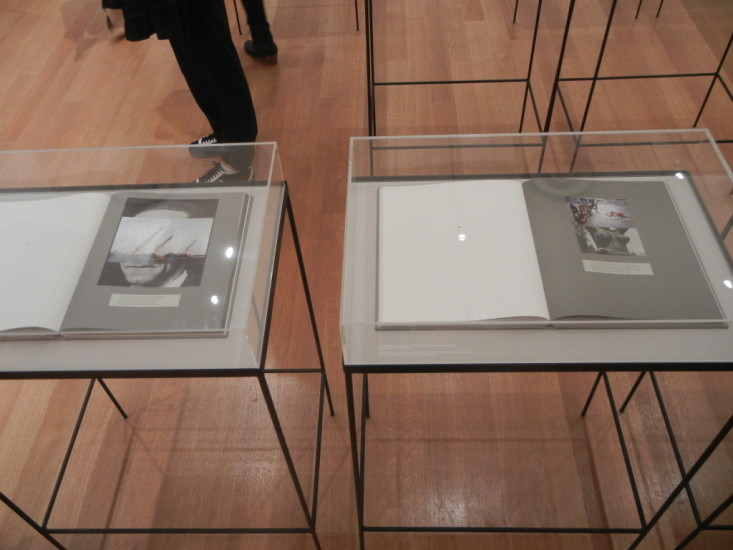 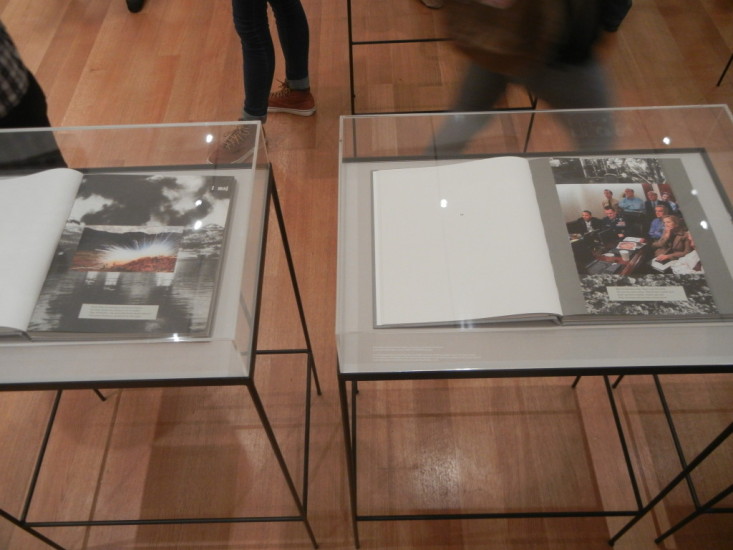 Comments/Context: MoMA’s annual New Photography exhibit is organized each year with the goal of offering a snapshot of exciting, new, and hopefully durable contemporary photography. It’s a chance for casual viewers to see some emerging names take their rightful spot on a larger stage and to discover some rising stars. In past years, this format has generally held its share of uneven surprises, a standout or two buried among a wider gathering of randomness. But for the first time in recent memory, this year’s collection of artists/photographers is remarkably cohesive, tied together more tightly by the vision of MoMA’s Roxana Marcoci.

If I was trying to describe this year’s New Photography inclusions to a non-photography person, I would say that all of the work on view here is the kind of photography enjoyed most by institutional curators. At its best, this style of contemporary photography is intellectually and conceptually rigorous, unafraid of unpacking and testing the boundaries of the medium, and willing to experiment and mix together previously separate artistic disciplines and processes. On its less good days, this kind of work can be painfully airless and self reflective, often with a delusional, academic arrogance about its own originality. As we might expect, there is a bit of both on view here.

If we were to go back and look at the many photography exhibits curated by Roxana Marcoci at MoMA in the past few years, an unambiguous pattern emerges: an interest in feminist, political, and Eastern European photography. All of these subgenres have been woefully underrepresented in exhibits by the museum in the past, so Marcoci’s consistent effort to bring them forward offers an alternate line of artistic thinking and forces us to reconsider our previously agreed upon version of photographic history. When we look at Marcoci’s selections for this year’s New Photography exhibit, it comes as no surprise that nearly all of them fit into her areas of interest in one way or another; her point of view about what is important in the diversity of today’s photographic multitudes is clear, and that clarity helps give this exhibit some coherence.

In this show, each photographer is given a mini-exhibit, either an in-depth look at one body of work or a small sampler of various recent projects. While Anna Ostoya hits the Marcoci trifecta (feminist, political AND Polish, with a smart dash of surreal conceptual juxtaposition), several others also bring an element of feminist inquiry to their work. Josephine Pryde mixes MRI imagery of an embryo in its mother’s womb with arid desert scenes, while Eileen Quinlan’s swirling yoga mat and mirror abstractions reference Judy Chicago’s Dinner Party and Lisa Oppenheim’s intricate lace photogram touches on traditional “women’s work”. Taken together, there is a sense that these female photographers are trying to come at conceptual photography from new directions, asking new questions and searching for alternate ways into established modes of thinking, regardless of whether they are individually interested in abstraction or representation.

On the political front, Adam Broomberg and Oliver Chanarin’s War Primer 2 uses straight forward collage-style image intervention to draw parallels and contrasts between Brecht’s WWII creation and today’s Internet sourced imagery. Faked Iranian missiles, smiling Abu Ghraib soldiers, smoking 9/11 towers, a suicide bomber Halloween costume and Donald Rumsfeld on a unicycle are layered and interleaved with resonant pairings from the past, the short lines of poetry from the original book often bringing home an eerie parallel. While the digital process may now be different, we still struggle with elusive nature of how photographs frame our perception of history. Lisa Oppenheim’s work also provides some hidden political fodder, her solarized equivalent clouds often drawn from found negatives of bombing and industrial disasters.

Annette Kelm’s photographs follow the investigative path of commercial photography, using its standards and visual tropes to undermine its usual messages. A straight down image of geometric folded bandanas is pulled back to reveal the studio setup, while a still life of tulips and magnets against a striped background is subtly turned and modified with each successive frame. Kelm’s images are cool and detached, their conceptual inversions so subtle you might miss them (look for the changing eyes in the triptych portrait).

To my eye, Brendan Fowler’s layers of smashed photographs felt the most like real radical innovation. The broken shards of glass, the torn prints, and the jutting, interconnected planes of his works are brash and unexpected; it’s truly a shame that the Broomberg and Chanarin vitrines are jammed up so close, as Fowler’s works deserve much more space to breathe. Against the backdrop of so much inward looking braininess on the nearby walls, Fowler’s works have a jolting physical vitality. They crash with sculptural energy, obscuring the original images and creating dynamic interplays between the jumbled forms.

While some of the work on view here was too obtuse and self important for my tastes, I think this particular instance of New Photography has delivered on its promise. Working photographers of all kinds need to see this show, mostly because I think it is an accurate representation of the current state of the curatorial mind; if you want to thrive in today’s world of contemporary photography, you must understand this kind of work, either to follow its lead or rebel against its basic tenets. For the first time in many years, I think New Photography is actually relevant, and whether you like it or not, we shouldn’t miss the opportunity to debate the conceptual arguments that curators like Roxana Marcoci find compelling.

Collector’s POV: Given this is a museum exhibit, there are, of course, no posted prices. As all of these artists/photographers are early in their careers, none has much in the way of a secondary market track record. Gallery retail will therefore be the best option for those collectors interested in following up. New York representatives are listed/linked below, with other galleries included if a New York outlet doesn’t seem to be available.