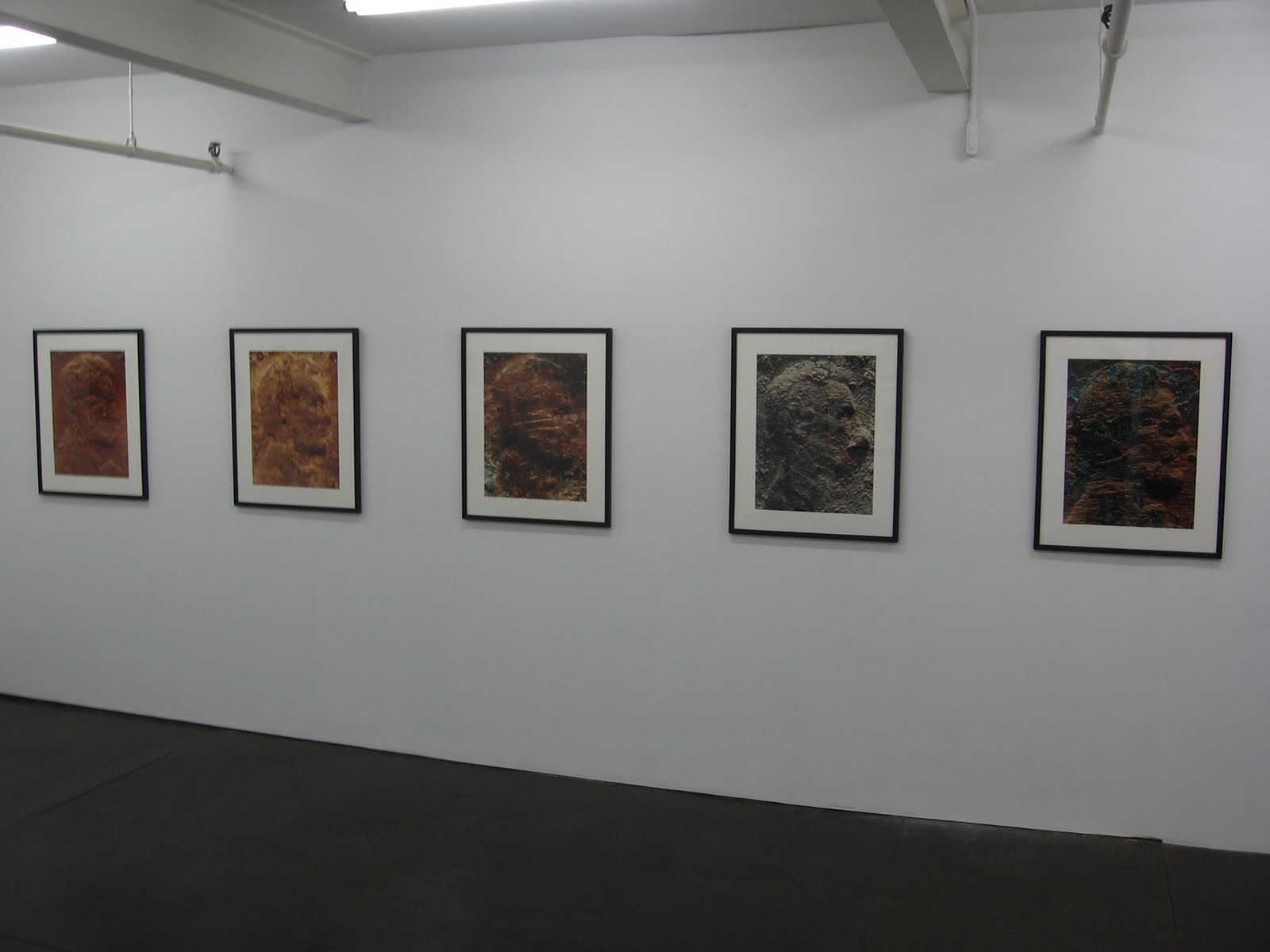 In the North gallery, the main focus is a series of 32 c-prints hung edge to edge without frames, circling the space. Each image is 12×18, and has been folded, taped, and sent via the mail; all were made in 2009. The images are available as the original objects and in editions of 3 as regular c-prints. Also in this room, a single cluster of 25 c-prints has been hung as a single work; the work was made in 2007 and is approximately 51×79 as installed. In the center of the room, a video entitled My Necropolis runs in a loop; it was made in 2009 and comes in an edition of 5.

Finally, in the back office space, a grid of 100 c-prints (sold as a single work) is hung against the back wall. Each image is 10×8, and the entire work (from 1990) is available in an edition of 2+1. (Installation shots at right.) 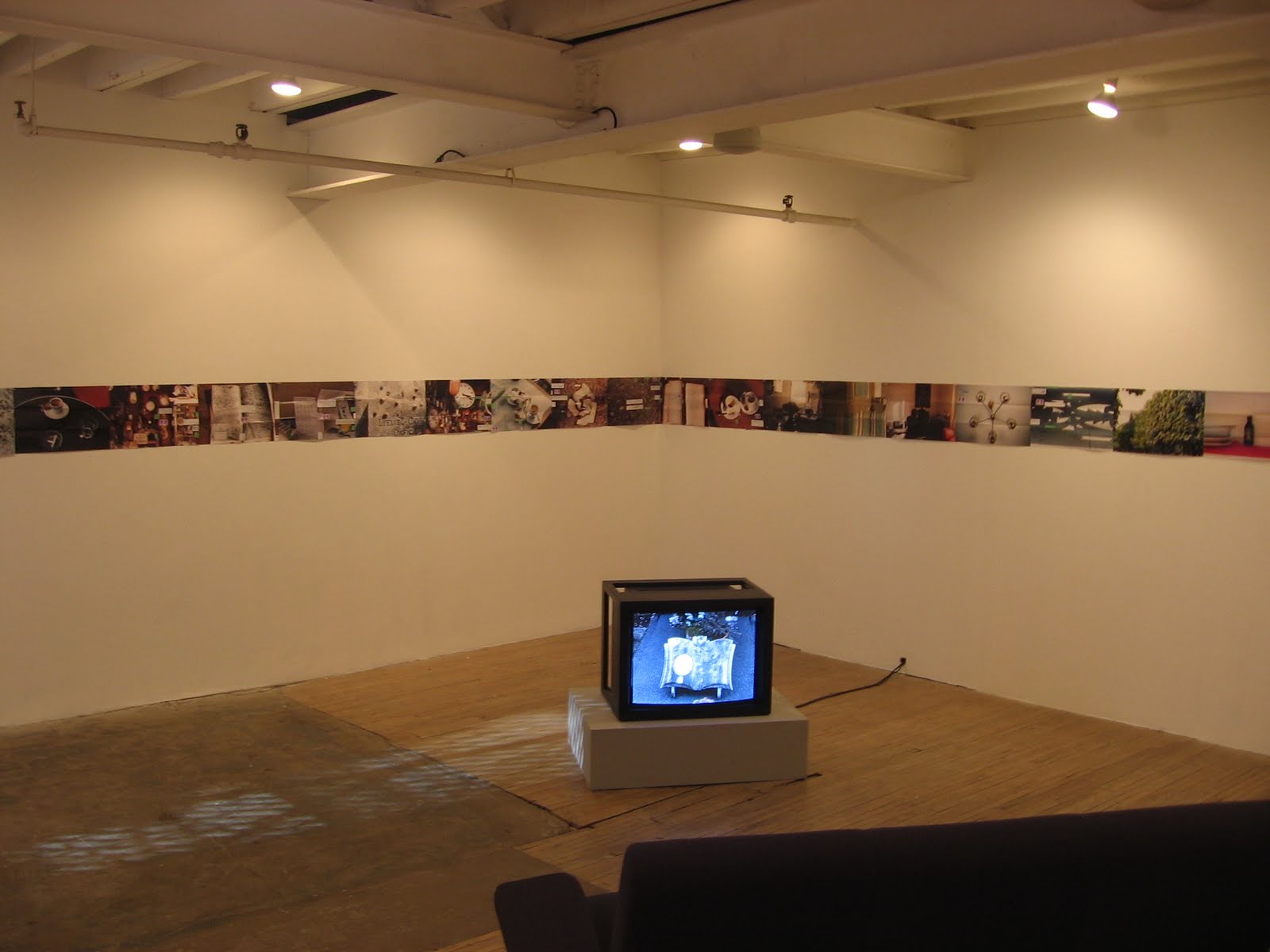 Comments/Context: The overall feeling of Moyra Davey’s new show is something like reading someone else’s daily journal, minus the interior monologue of events and emotions. What is left is a series of understated scenes of day to day living, modest moments that caught the artist’s eye or were examined with an unusual level of curiosity, often with a hint of nostalgia. Time is passing before our eyes, but it is doing so slowly, so we can catch the subtle details before they slip away.

Davey’s newer work continues many of these same themes. Coffee cups, gravestones, clocks, keys, books, maps and other desk details all come together to recount an intellectual life in Paris. The images that were folded up, taped shut, and mailed to friends, have now been unfolded and displayed together, where the patterns and repetitions of ideas become more visible. The video on view covers similar territory: tombs, monuments, and parks, held still for a few moments and then replaced by another fragment or scene.

Overall, these works feel like an unassuming but carefully edited daybook, a gathering of simple, introspective images that are evidence of a mind scouring the details of life for meaning.

Collector’s POV: The prices for the works in this show are as follows. In the South gallery, nearly all of the individual prints are priced at $5000 each regardless of size or series (there is one single image priced at $10000). The black and white grid of bottles is $40000. The the North gallery, the cluster of prints is priced at $20000. It is hoped that the Paris photos will sell as a group in some fashion; a group of 8 prints is $15000, a group of 16 is $24000, and the entire set of 32 is $40000. Individual 20×24 prints of these same images are $3500 each. The video is priced at $15000. In the back office, the Copperhead grid is $40000. Davey’s images have not yet reached the secondary market, so gallery retail is the only viable option for interested collectors at this point.

While Davey’s works don’t fit into our collecting genres very well, I particularly enjoyed the large individual Copperheads and the Copperhead grid.