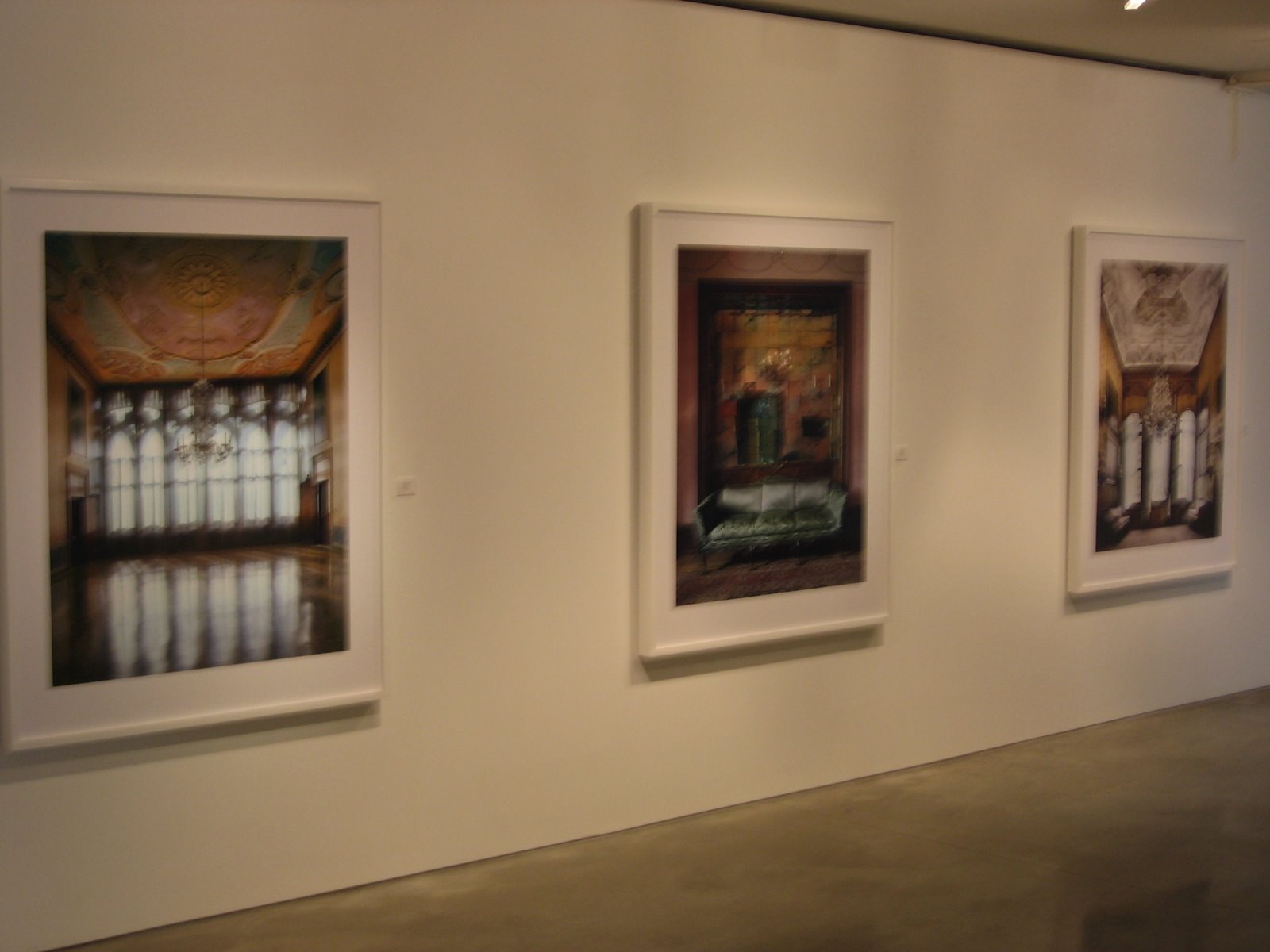 Comments/Context: For devotees of photographs of architectural interiors, Michael Eastman’s show of prints at Barry Friedman will seem satisfyingly familiar, so much so that I found myself wondering about echoes of other artists for almost the entire time I was in the galleries. This is a massive sprawling show that exposes viewers to a wide variety of Eastman’s most recent projects. 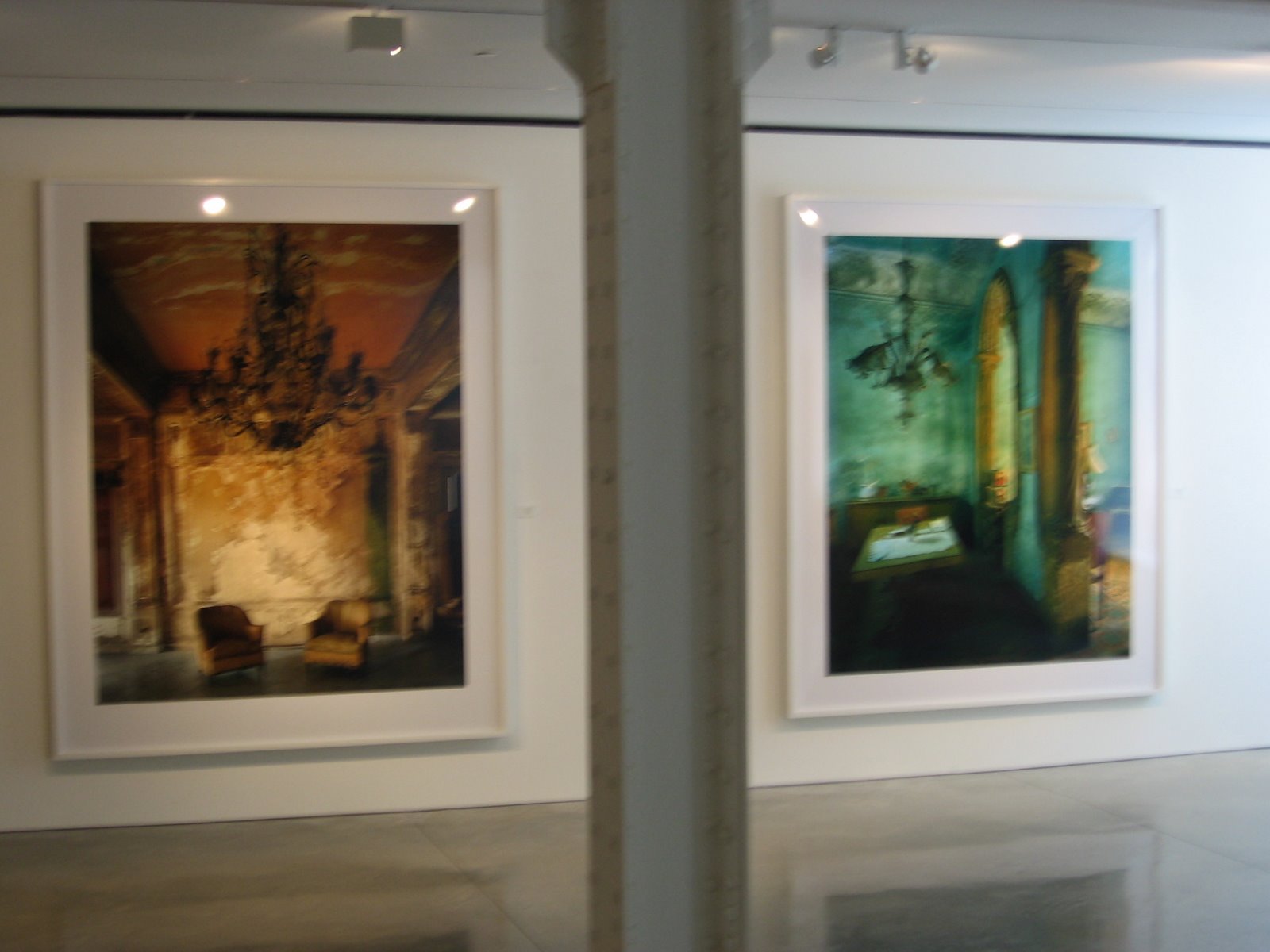 In the first gallery, images from the Italy series are displayed, combining Baroque grandeur from Milan and Venice with less obvious hints of underlying decay. There are ornate chandeliers, shiny marble floors and walls, elaborate mirrors and elegant statues, some well maintained, others worn and crumbling. Certain of the straight on rooms bear a striking resemblance to the deadpan interiors of Candida Höfer, empty of people but still ostentatious.
Adjacent to these works are a handful of large images from Eastman’s Cuba series, where the decomposition of the architecture is much more pronounced and romantic. Here we find peeling and stained walls, painted in bold colors, and neglected furniture in need of repair. These lush images have direct parallels to Robert Polidori’s images of similar Havana subject matter. 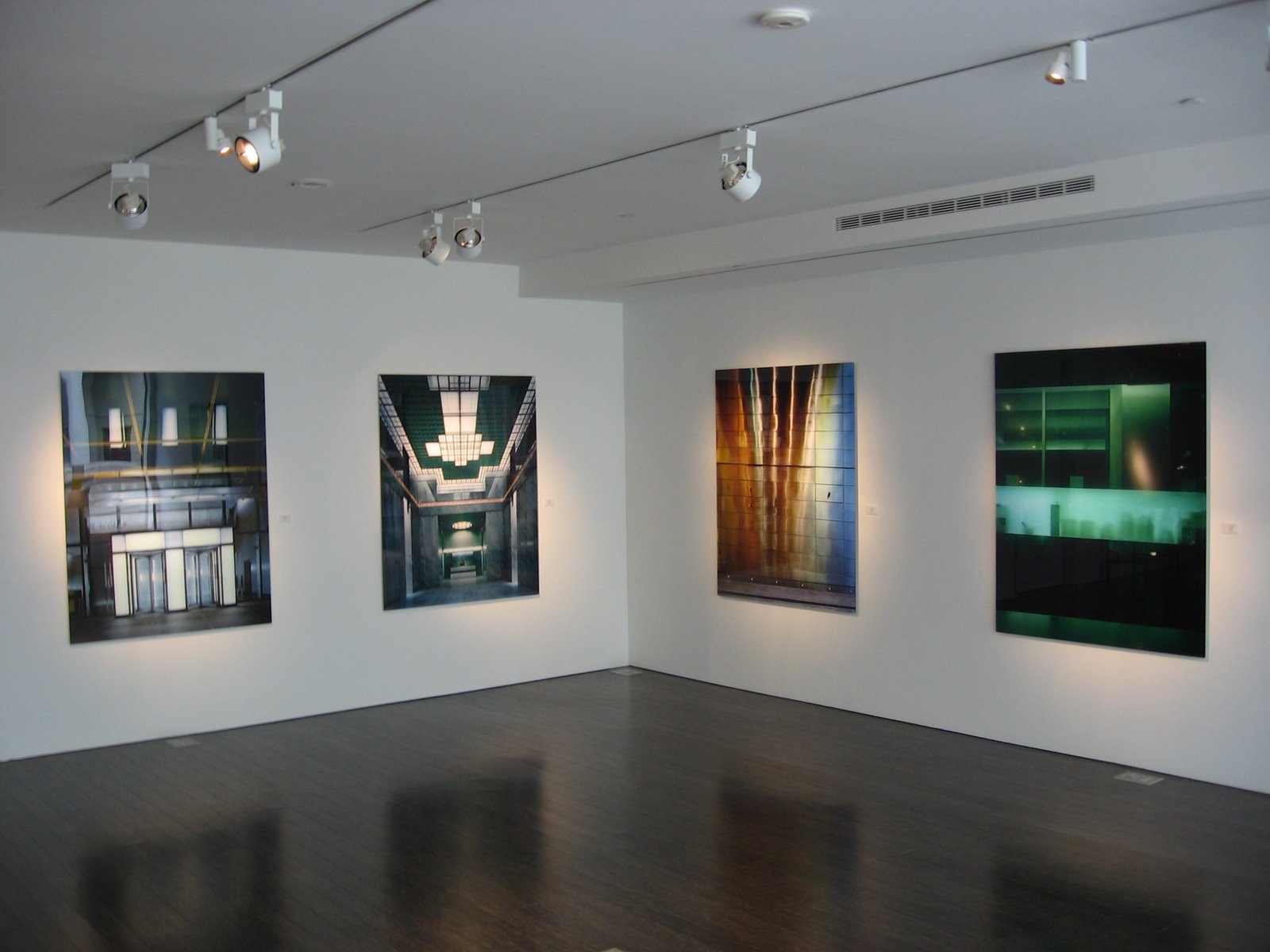 The back gallery houses the prints from the Urban Luminosity series, and these images clearly come from a more futuristic 21st century world. Eastman has captured a variety of sleek industrial spaces in this project; foyers, halls, and elevators covered in brushed stainless steel and shiny reflections from overhead lighting, establishing an altogether more crisp and soulless feel.
The exhibition continues on the upstairs floor, where images from the Vanishing America series are hung. These works chronicle the disappearance of small town America, full of straight on pictures of old cinemas and restaurants, hand lettered signs, bowling alleys and hat shops, all steeped in an aw shucks romantic patina. These vernacular images reminded me of Stephen Shore, Jeff Brouws, and to a lesser extent Walker Evans, but with less abstraction and a heavier handed dose of nostalgia.
Collector’s POV: Figuring out the pricing here was a bit tricky, mostly because the images all come in three different sizes, regardless of what happens to be hanging on the wall in any specific gallery. As such, I tried to collect the prices that match what is on view. The Italy series had prices between $8500 and $20000, depending on size. The Cuba images on display were priced between $24000 and $29000. The Urban Luminosity prints were $8500 and the Vanishing America images were $6500. Michael Eastman’s work has not appeared much at auction, so no particular secondary market pricing patterns can be discerned. Overall, these are well crafted works of conventional subjects, with plenty of connections to other artists who have traveled a similar road.
Rating: * (one star) GOOD (rating system described here)
Transit Hub:
Michael Eastman, Interiors
Through June 30
Barry Friedman Ltd.
515 West 26th Street
New York, NY 10001
Twitter| Facebook|