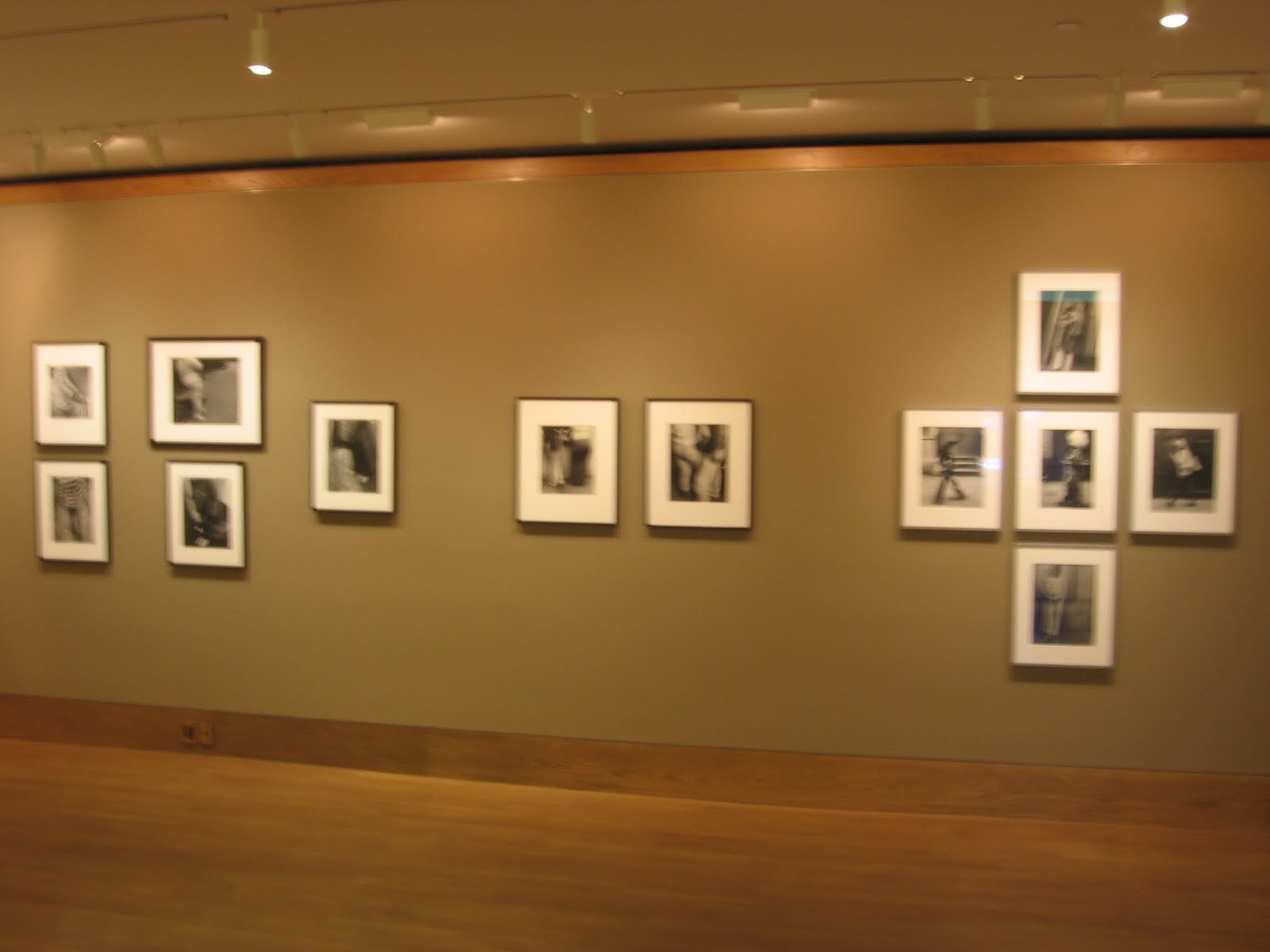 JTF (just the facts): A total of 56 black and white photographs, alternately framed in black or silver and matted, and hung in groups against light brown walls in the main gallery space and the book alcove. All of the works are gelatin silver prints, taken between 1952 and 1978. Sizes range from 9×11 to 17×14 or reverse, and no information was provided on image editions. Smaller exhibits of Levinstein’s work from Coney Island (8 images from 1955-1970) and from various foreign locales (7 images from Haiti, Mexico, and Spain, from 1958-1965) can be found in the small area outside Greenberg’s office and in one of the side viewing rooms. 2 portraits of Levinstein by Victor Obsatz and Harvey Shaman are also included in the show. (Marginal installation shots at right.)

Comments/Context: This mini-retrospective of Leon Levinstein’s work is a natural gallery companion piece to the recent Hipsters, Hustlers, and Handball Players show at the Met (reviews linked below). It provides a broad sample of his street photography across several decades, and echoes many of the subjects, themes, and visual motifs seen in the museum exhibition. The show begins with a cross section of peep show and flop house players: go-go girls, hookers and pimps brazenly loitering in doorways, and furtive men hanging around on sidewalks, flanked by bold store window graphics to entice them in. Levinstein’s pictures capture funky threads, short shorts, gritty salesmanship, and the boredom of waiting. A nearby group of pictures follows this fashion trend further, with passersby in foot-high white afros, zoot suits, bold stripes, flared pants, and fancy white shoes.

Many of the images in the show are faces and heads pulled out of the diverse chaos of street crowds, where hats, expressions, cigarettes and folds of skin tell individual city stories. Sometimes the angled compositions crop out the noise, centering full frame on a single face, while other images force the viewer to peer through layers of out-of-focus movement to identify an interesting subject. Levinstein goes on to fragment the action further, abstracting bodies into triangles of elbows and legs, or capturing arms in variety of tender embraces. His city throbs with energy and vitality, full of colorful personalities and fleeting human moments.

All in, this is a solid follow-up offering, unearthing a representative sampler of Levinstein’s work for those collectors that found themselves wowed by the Met exhibit and wanting to learn more. Leon Levinstein, Living in the Edge
Through December 4th