On a recent gallery swing through SoHo and the Lower East Side, I passed this huge (roughly six stories tall) photographic mural by JR on a building near the corner of Mulberry and Prince. Apparently, it is part of his Inside Out Project (here), from the subseries of North Dakota Native Americans. Its brash energy, mixing raw anger and frustration, is unexpectedly jolting and memorable. I have no idea how long it will be on view, so swing by a take a look before it gets torn down. By the way, JR is represented by in New York by Bryce Wolkowitz Gallery (here). 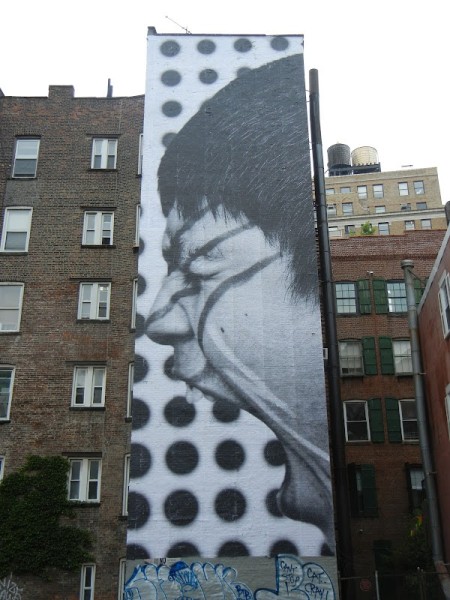