The second part of our report on the 2018 AIPAD Photography Show is found below. While it is certainly possible to jump right in, for broader background thoughts on this year’s fair and information on the structure of the slideshows, head back to Part 1 (here). 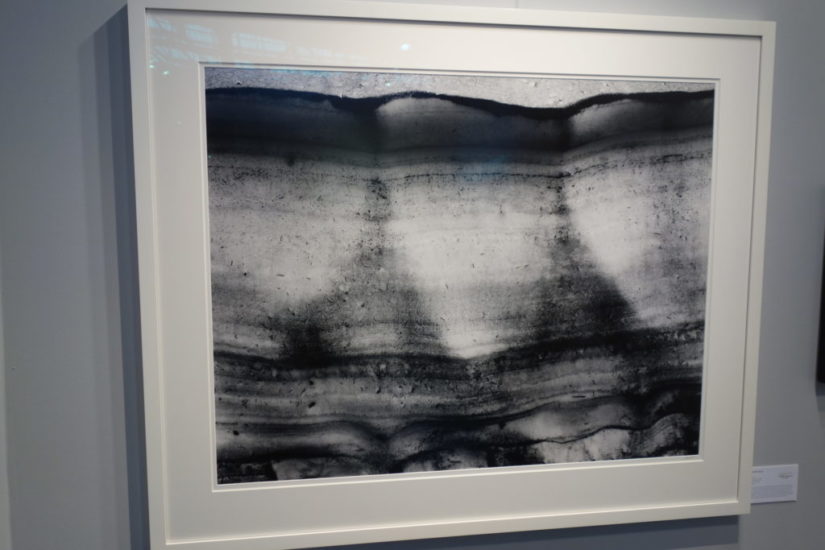 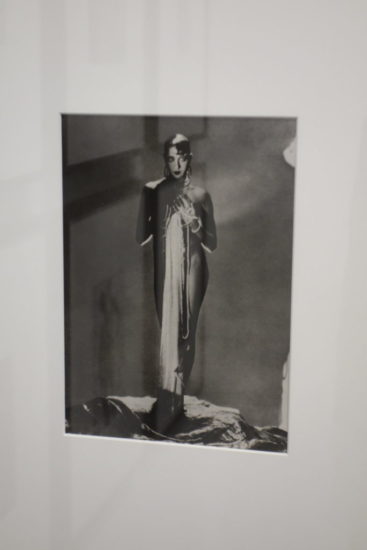 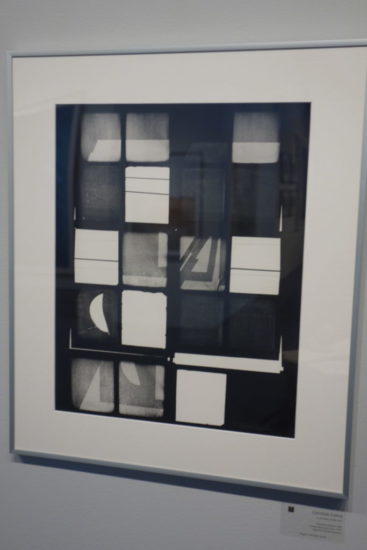 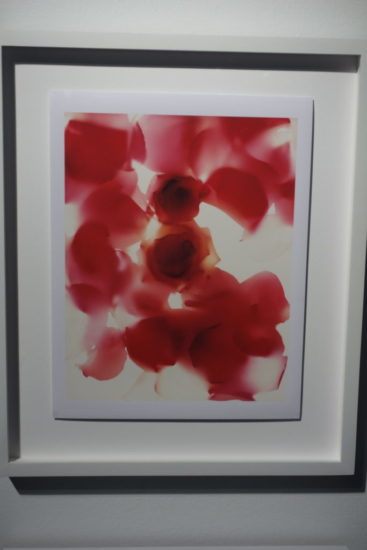 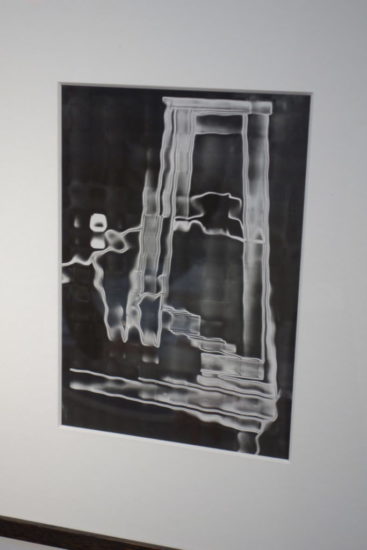 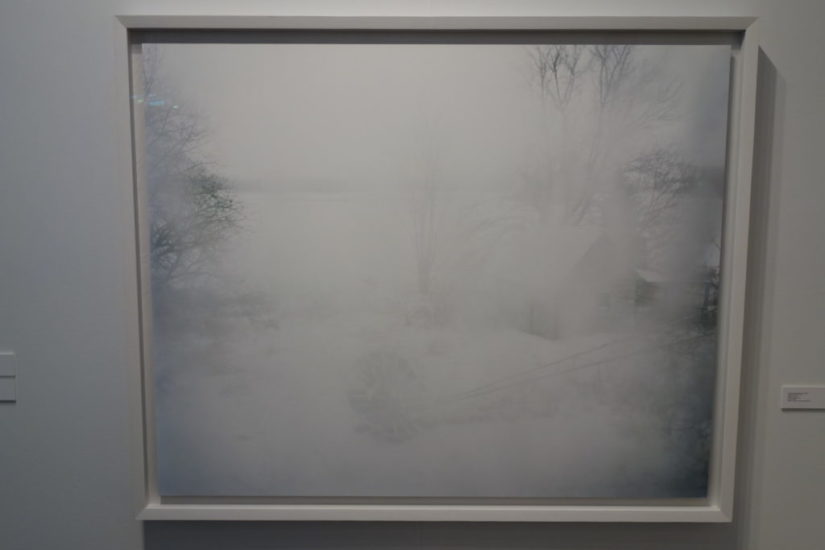 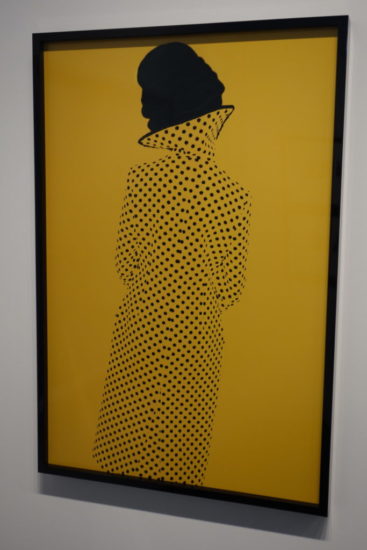 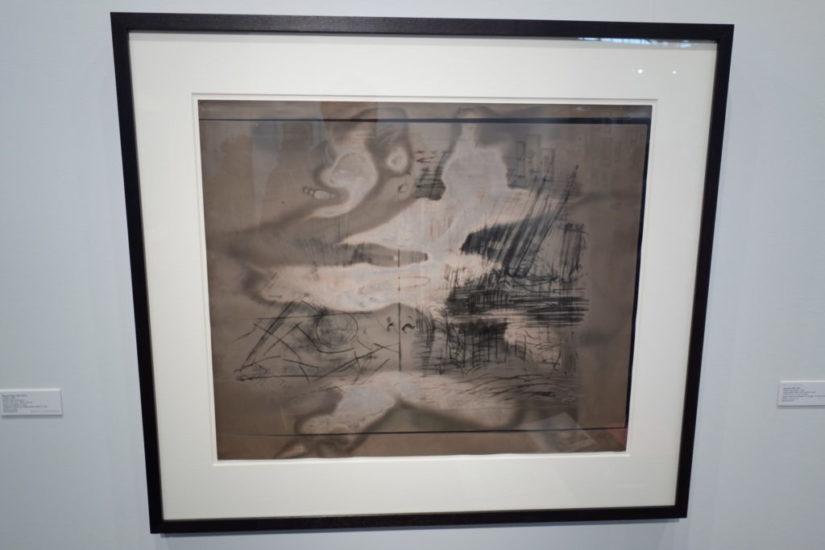 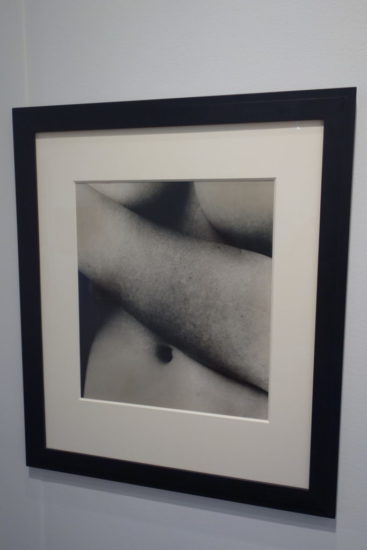 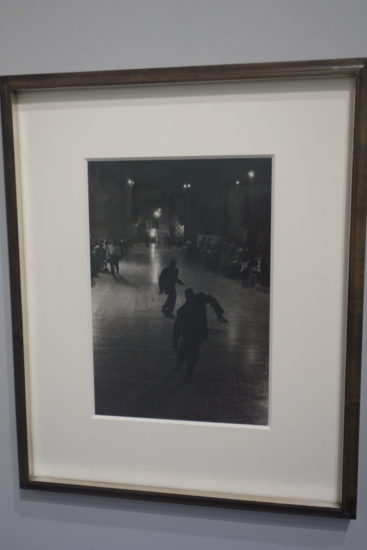 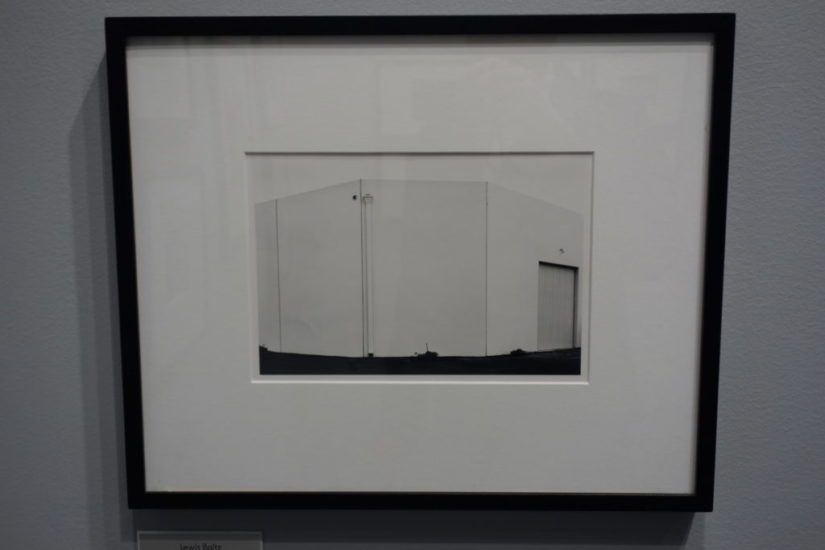 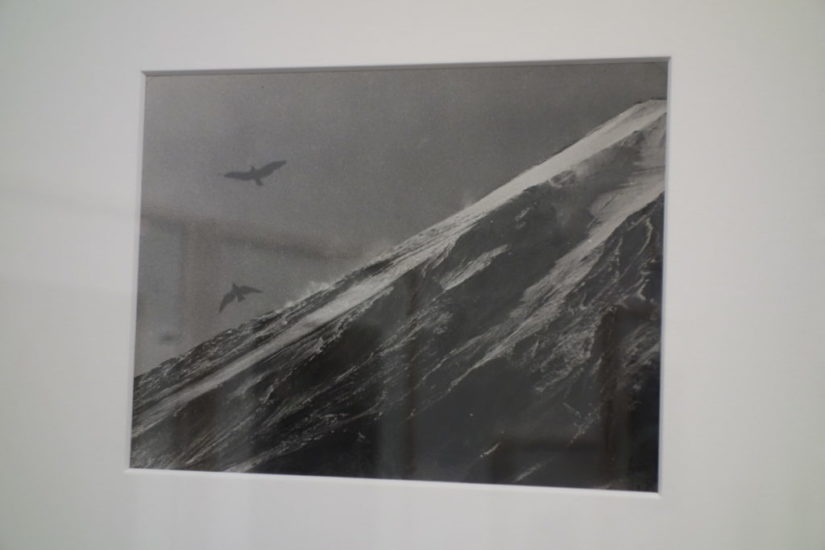 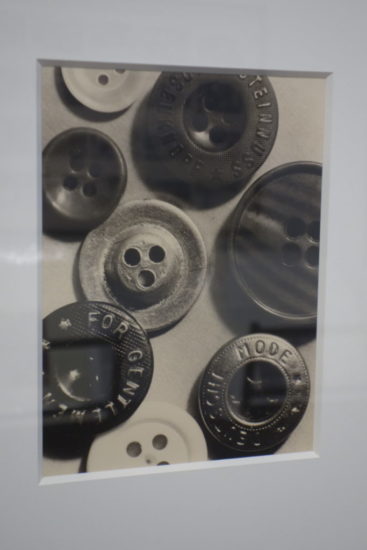 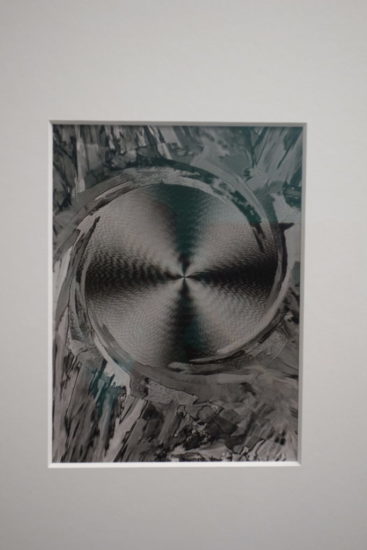 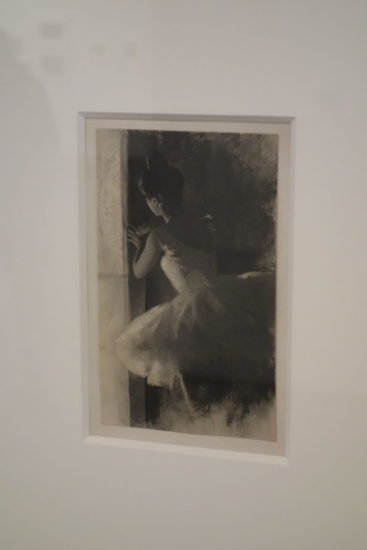 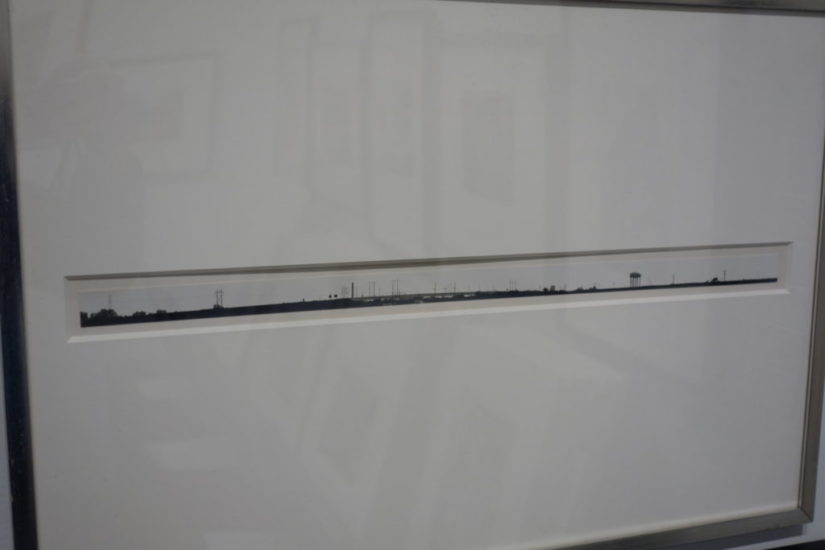 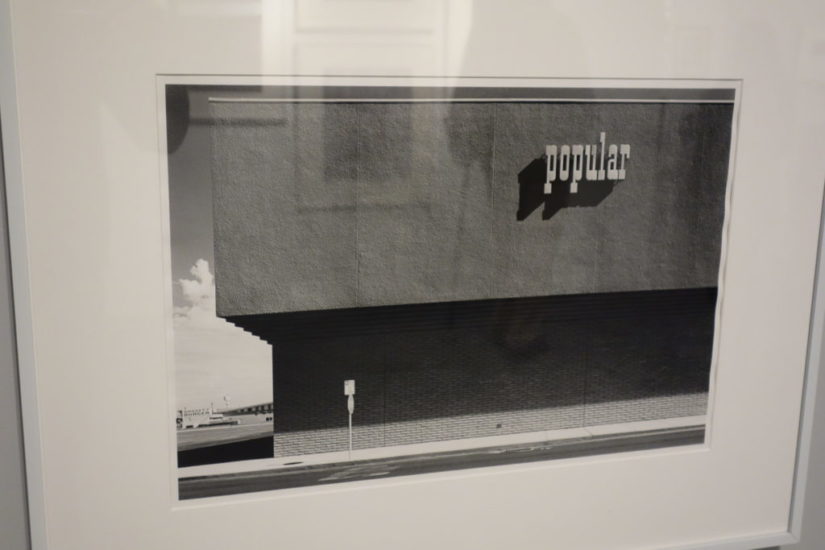 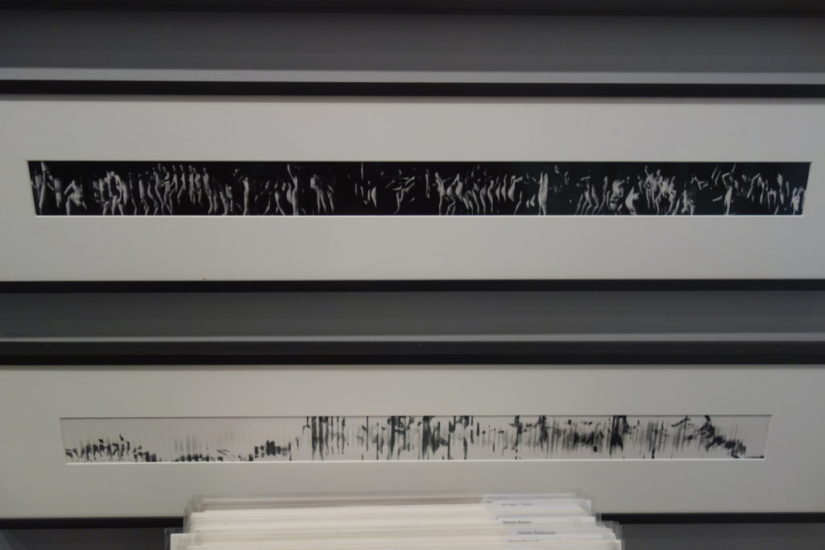 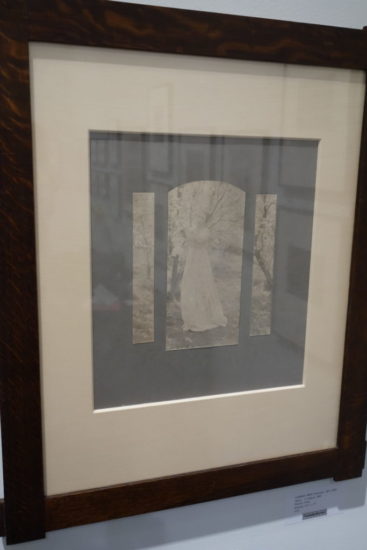 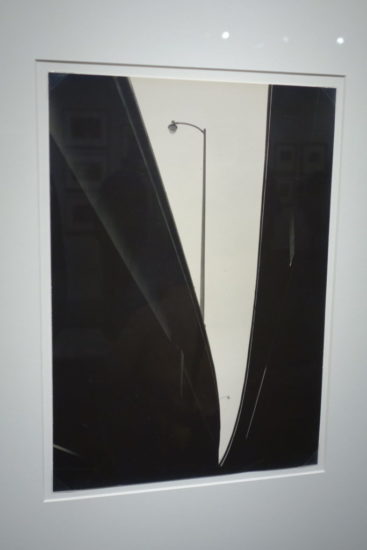 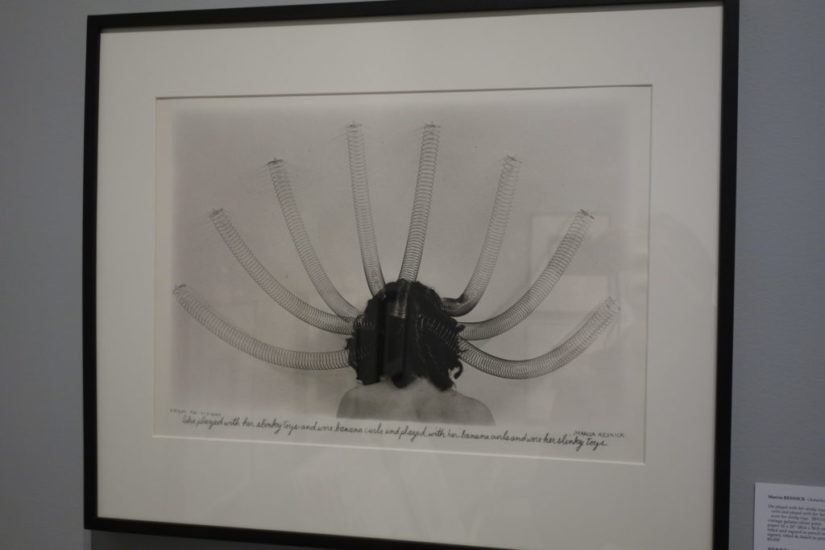 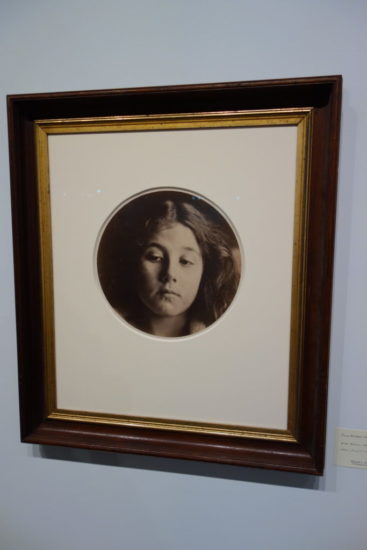 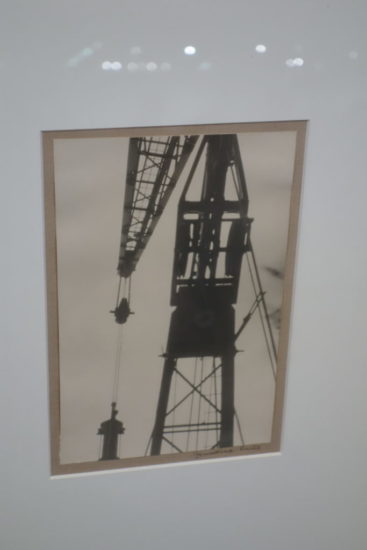 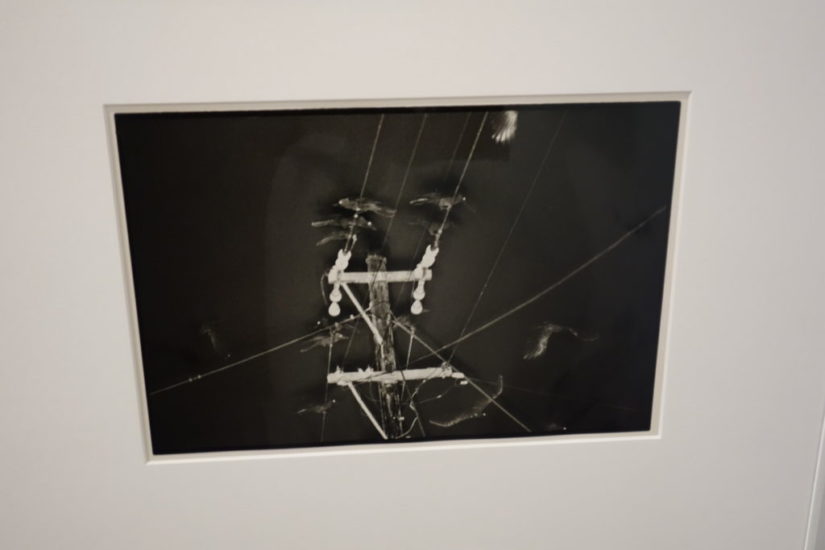 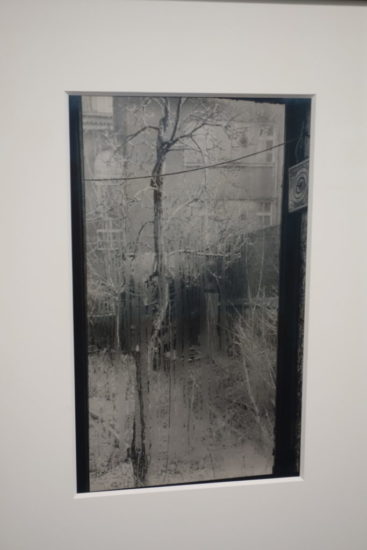 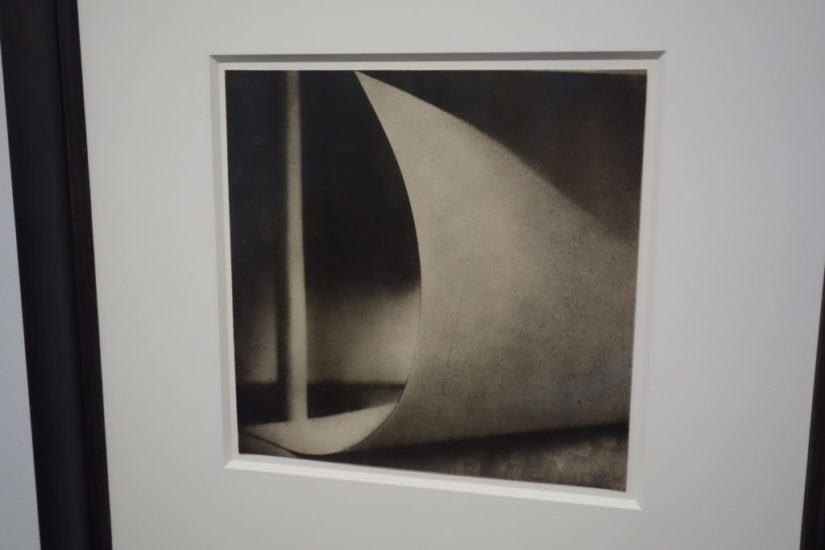 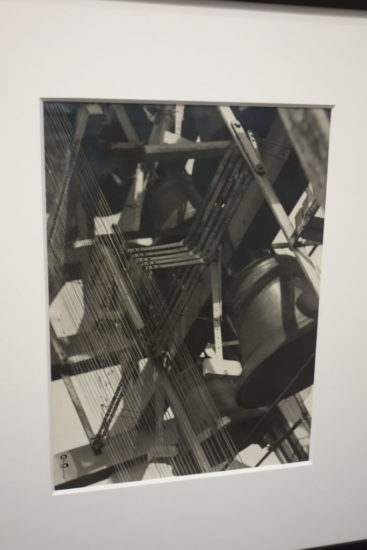 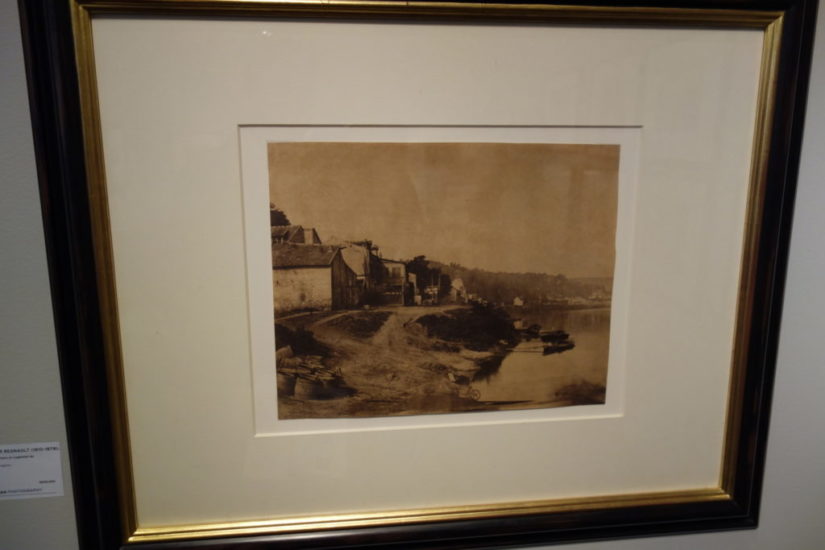 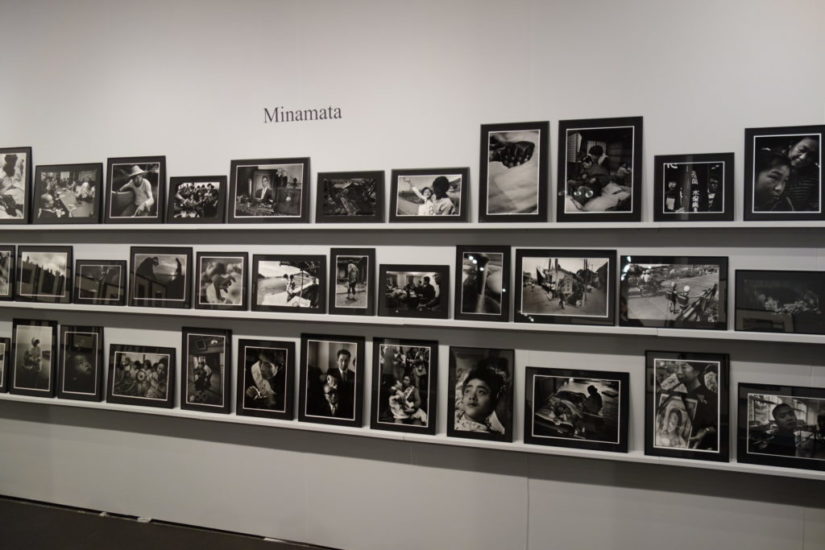 Ansel Adams Gallery (here): This up close snow wall image is an outlier for Ansel Adams, but printed large, it has tremendous presence and intricacy. Layers of dirt give the snow an added degree of gritty texture, and the entire composition undulates into abstraction. A 1960s print of a 1955 image, priced at $125000.

Staley-Wise Gallery (here): This sinuous portrait of Josephine Baker by George Hoyningen-Huene from 1929 was tucked into a corner, but the glamour of her statuesque form was undiminished by the humble placement. Between her signature curl of hair and her unwavering direct stare, she makes clear who is in charge. Priced at $9000.

Utópica (here): This 1960 window image by German Lorca turns the framing of the glass into a black and white checkerboard. Each square is like its own composition, with bisecting lines, cast shadows, and other geometric patterns creating a sense of flickering all-over motion. Priced at $13000.

ClampArt (here): It’s not easy to capture the ephemeral nature of flowers without the image becoming overly forced and saccharine. But Brian Buckley’s photogram of dissolving pink petals gets it just right. The light streams in from behind, giving the edges a translucent feel, like time melting away. Priced at $2750.

Augusta Edwards Fine Art (here): Heinz Hajek-Halke’s abstractions are difficult to puzzle through. Perhaps this 1950s image was made with watery chemicals placed on a sheet of glass over the exposure, but it’s hard to tell. A gridded form emerges briefly, only to shimmer off into wavy lines. Priced at $12000.

Weinstein Hammons Gallery (here): This new work by Alec Soth turns a snow-covered backyard scene of an outbuilding and a fallen windmill into a misty approximation in enveloping white. The scene refuses to coalesace, its lovely serene indistinctness worthy of an extended meditation. Priced at $24000.

Weinstein Hammons Gallery (here): This fashion image by Erik Madigan Heck seems to head toward Lillian Bassman’s expressive aesthetic. The polka dotted coat blends into the sea of saturated yellow, becoming an eye catchingly sleek silhouette. From 2013, and priced at $10000.

Bruce Silverstein (here): This late 1980s photogram by Sigmar Polke is a frenetic mix of chemical washes and energetic scratching. It’s as if the glowing shine is breaking through the gritty noise of the dark hashmarks. Priced at $60000.

Bruce Silverstein (here): This vintage Bill Brandt nude was larger than most I have seen. The increase in size makes his formal control that much more bold and emphatic. From 1959, priced at $35000.

Howard Greenberg Gallery (here): The slinky gestures in this classic 1956 image by Roy DeCarava bristle with energy. The isolated dancers are turned into flat silhouettes, like puppets or cutouts. Priced at $100000.

Howard Greenberg Gallery (here): A few years ago, I had a thoughtful discussion with a dealer where we tried to list works of photography that we both agreed would undeniably rise in dollar value over time. This simple task turned out to be extremely hard, as neither of us was entirely convinced of the long term durability of certain artists or bodies of work. But Lewis Baltz’ images from the New Industrial Parks series were a place where we found tentative agreement. This is an excellent example, the forgettable building forms reduced to utter simplicity, and priced (at least for now) at $25000.

MEM (here): My first conclusion regarding this 1953 image by Gen Otsuka was that it showed two sea birds swaying above a cresting wave. But upon closer inspection, that wave isn’t a wave, it’s the icy edge of Mount Fuji. But if we think about that for a moment, then those birds are way too large for the scale of the mountain, and they wouldn’t have been flying that high up anyway. Which is when I realized the image was a deft montage, and marveled at the artist’s cleverness. Priced at $6730.

Robert Mann Gallery (here): An arragment of buttons becomes a gathering of layered circles in this 1930s still life by Albert Renger-Patzsch. It’s a tactile picture, full of warm edges and textural subtlety, turning the hopelessly mundane into something with durable vitality. Already sold.

Galerie f5,6 (here): Carl Strüwe’s microphotographs are filled with mystifying patterns and unexpected order. This subject was unknown, perhaps a crystal of some sort drilled or faceted by some machining process. The central circle shimmers with an almost illusionistic uncertainty, the surroundings twisted into a whirling vortex. Priced at €2700.

Gallery 19/21 (here): This 1927 pigment print by František Drtikol gives blackness a thick sense of depth. The nude form poses underneath the envolping cape, creating highlights that emerge from the shadows and wings that expand into emptiness. Priced at $68000.

Lee Gallery (here): The textures in this delicate Robert Demachy gum bichromate print from the turn of the century are almost like the pastels of Degas. The ballet dancer’s tutu has white highlights that feel hand applied and the surroundings dissolve into scratchy uncertainty. A fine example of painterly Pictorialism, priced at $30000.

Paul M. Hertzmann Inc. (here): Art Sinsabaugh’s midwestern landscapes from the early 1960s remain just as innovative and intelligent now as when they were made half a century ago. The broad flatness of the American land is allowed to stretch into photographic thinness, the water towers, electric poles, and clusters of trees the only notable divergences from the endless horizon. Priced at $20000.

Joseph Bellows Gallery (here): A broken camera was the starting point for these elongated multiple exposures from 1968 by Barbara Blondeau. When the frame by frame advancement mechanism became faulty, she rolled the film forward in tiny slices, creating overlapping images and an endless film strip effect. The bodies seem to cartwheel down the image, twisting and turning within a new definition of photographic time. Priced at $12500 each.

Keith de Lellis Gallery (here): The bay window triptych presentation of this 1898 Clarence White photograph accents its romantic springtime setting. The model’s dress billows as she walks in the garden among the blossoming trees, the washed out lightess of the image offset by the grey mounting board. Price on request.

Barry Singer Gallery (here): Lloyd Ullberg’s 1935 image of Philadelphia highways turns the concrete overpasses into blackened arcs, with a lone lamppost carefully placed in the expanding crack in between. The picture has all the formal energy and optimism of between-the-wars Modernism, but from a lesser known artistic name. Priced at $12000.

Deborah Bell Photographs (here): This Marcia Resnick image from her Re-Visions series is wonderfully inventive. Long curls of hair are extended with the colied wire of Slinky toys, extending upward like a majestic headdress. Priced at $5000.

William L. Schaeffer Photographs (here): It’s hard to pass by a face like that of Kate Keown in this magnetic 1866 portrait by Julia Margaret Cameron and not be sucked in. There is a timelessness in that simple visage, equal parts angelic and plainly human. Priced at $300000.

Rick Wester Fine Art (here): Germain Krull’s late 1920s images of dockyard cranes, machinery, and dense ironwork embody the romantic optimism for the wonders of industrialization that stood at the center of so much Modernist photography. This image turns the crane into a silhouetted formal study in stark black and white, the urgent lines pulling both upward and downward. Priced at $15000.

Gitterman Gallery (here): Tucked in a side corner of this booth, this nighttime image from Masahisa Fukase’s famous series Ravens is filled with ominous dread. The ravens perch high atop the flash-lit electric pole, squawking and fluttering, seemingly waiting for the menace to begin. Already sold.

Gitterman Gallery (here): While Josef Sudek’s views from his studio window have contained everything from still life arrangements on the sill to careful studies of the wet misted glass, this image is unusual in its oversized elongation. Its insitent verticality is repeated in the trunk of the tree and the streaming droplets on the pane. Priced at $75000.

Gitterman Gallery (here): This early work from Jaroslav Rössler (made in 1923, when he was in his early 20s) is a bromoil transfer, the process accenting the textural surfaces of this curved paper abstraction. The right side of the picture becomes gritty and diffuse as it fades into the shadowy background.

Michael Shapiro Photographs (here): In this 1935 image, Pierre Dubreuil turns the workings of a bell tower into a dense composition of jagged lines. With the bells and their knockers at the visual center, the upward surroundings fall into layers of interlocking linear arrangements, with shadows criss crossing the metal infrastructure. Priced at $45000.

James Hyman Gallery (here): The tonal richness found in this c1852 image by Henri Victor Regnault is a wonder. Details give the banks of the Seine scene its life – the group of barrels, the wheelbarrow by the water, the idle boats – but it is the velvety warmth of the print that makes it stand out from other worthy 19th century works nearby. Priced at $200000.

Etherton Gallery (here): This wall of imagery from W. Eugene Smith’s classic photo essay from the early 1970s on the mercury poisoning tragedy in Minamata, Japan, was nothing short of engrossing. In telling the visual story of toxic effluents and the resulting severe nerve damage that affected the nearby residents, Smith set the standard for engaged photojournalistic empathy. His pictures capture a range of interactions (between mothers and children, or protestors and officials), and a parade of screaming faces, deformed hands, and other human horrors are seen with grace and tenderness. The group was being sold as a set, with POR.