When in checked into my hotel room after arriving from New York on the overnight flight to Paris earlier this week, the usually standard note from the general manager welcoming me had a surprisingly relevant and appropriate message. It read: “I’m looking for the unexpected. I’m looking for things I’ve never seen before.” And the speaker of this quote was apparently Robert Mapplethorpe. Was this just a strange coincidence, or did my hotel actually prepare for the photo people coming to town for Paris Photo?

Whatever the case, that inspirational words provided a seemingly straightforward way to think about (and process) the plethora of work on view at this year’s Paris Photo. In years past, I have chosen one work from each booth, or limited myself to just female photographers, or placed a numeric limit on my choices, each forcing me to make trade-offs and see different kinds of patterns. This year, I promptly decided that I would do none of these, and simply try to search for what I considered the unexpected, in both old and new forms. In many ways, this was liberating, as it allowed me to follow my eye, rather than trying to match some overarching theme or framework.

So as a practical matter, this year’s summary is divided into five slideshows of image highlights, roughly organized by physical location in the Grand Palais. This first segment starts with the booths found in the center of the fair (from the perspective of standing at the main entrance) and each subsequent report (over the next few days) will follow through the aisles, alternately moving to the left and right. The structure for the information remains consistent with years past – gallery names/links are followed by notes and comments on the particular work featured, including the artist/photographer name and the price of the work (typically in euros or dollars), unless the work is already sold. 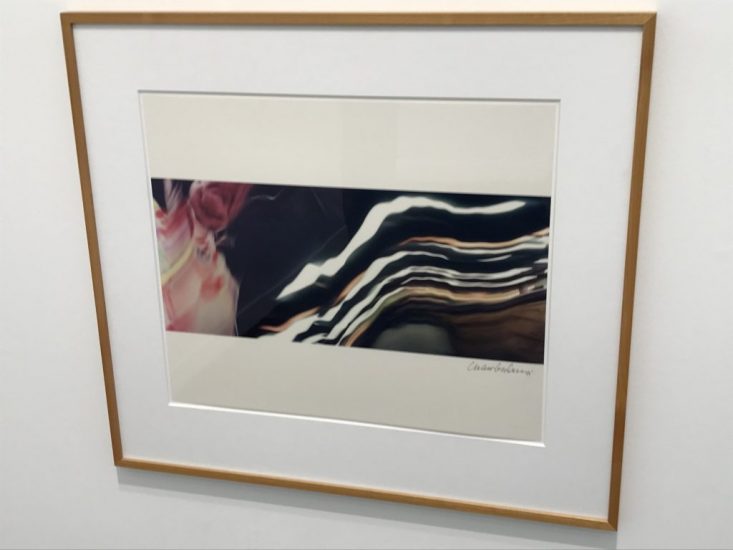 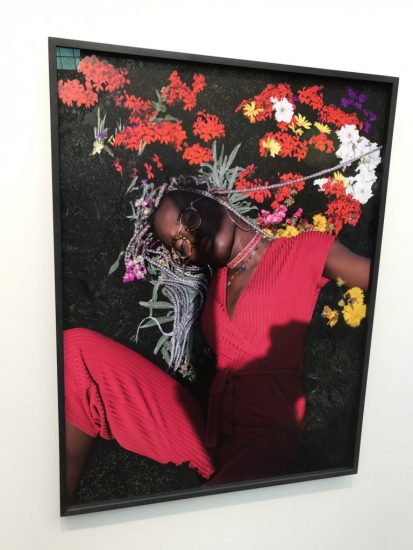 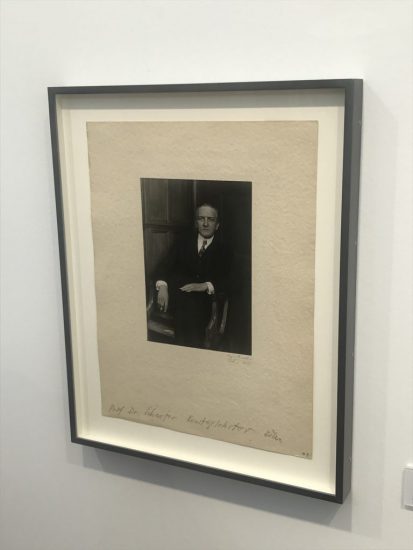 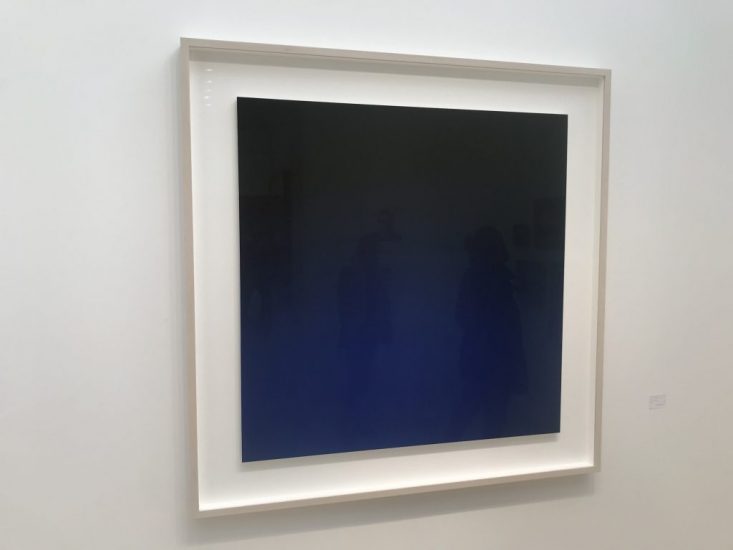 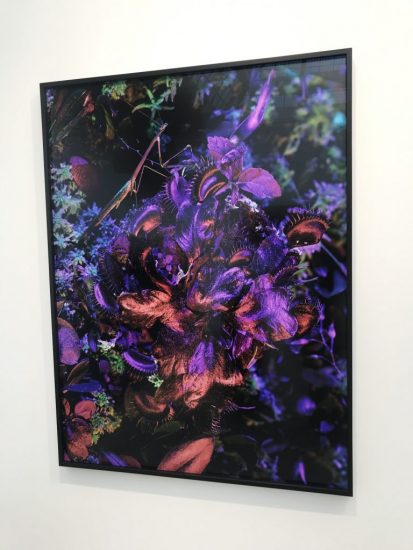 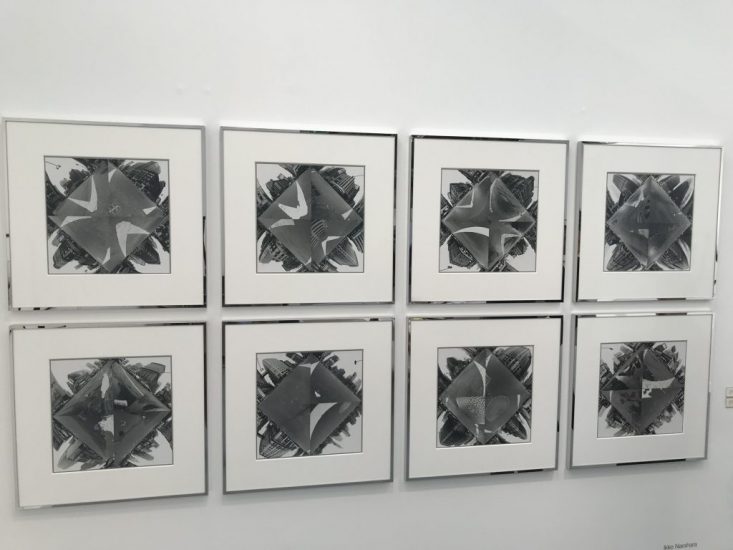 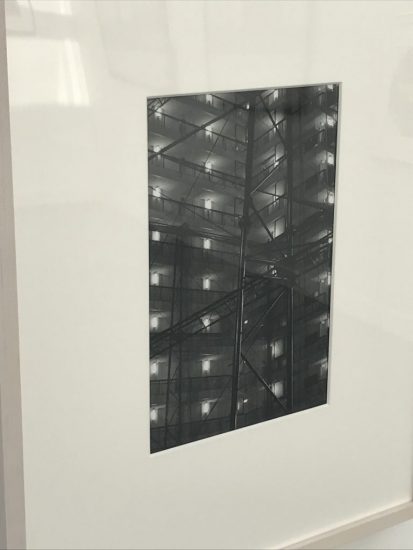 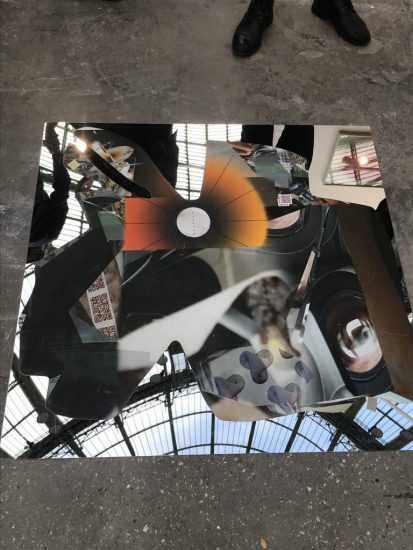 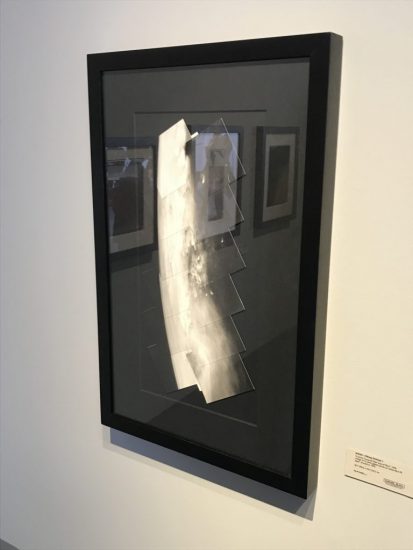 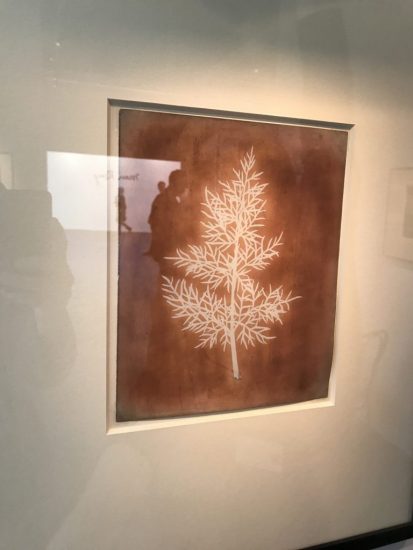 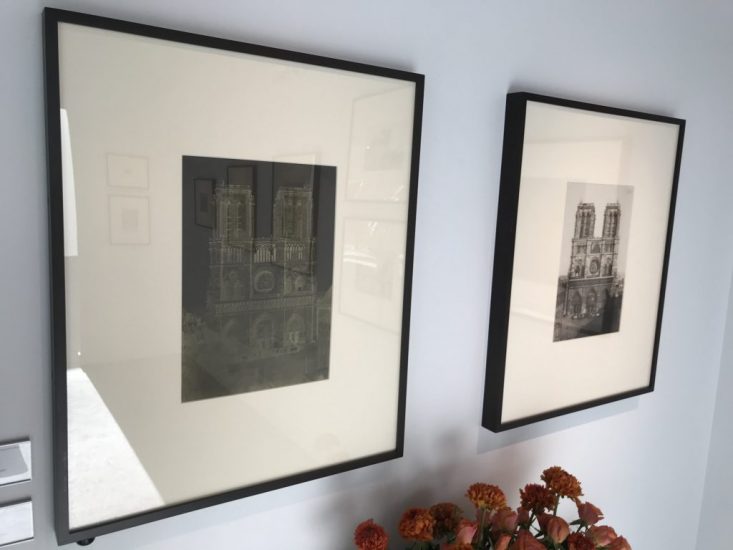 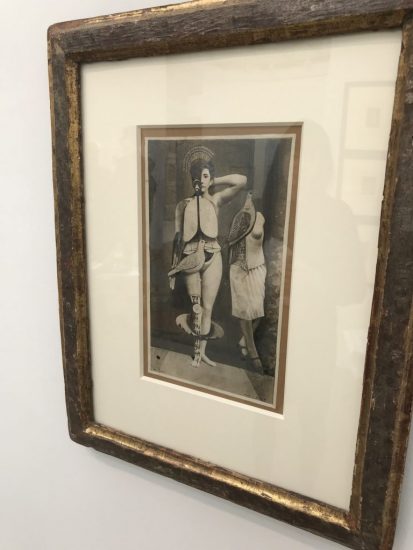 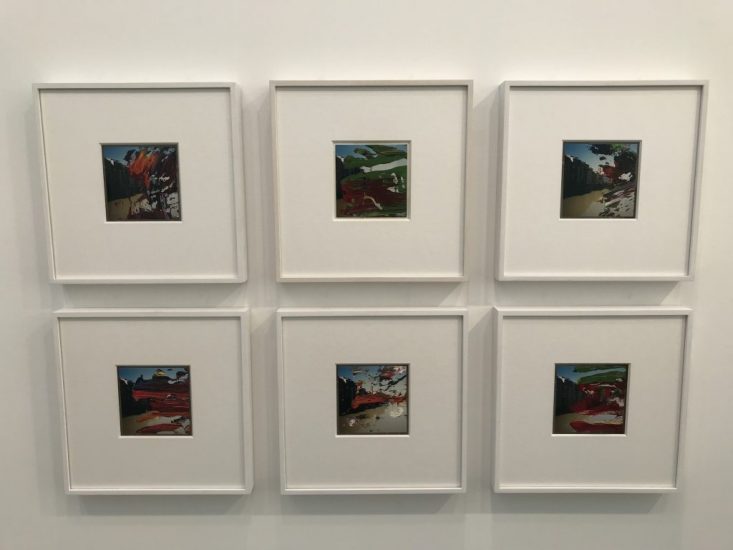 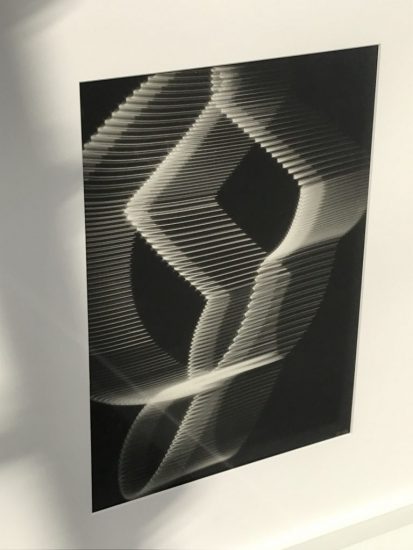 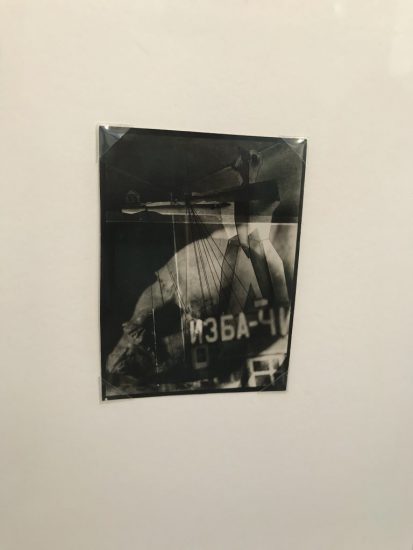 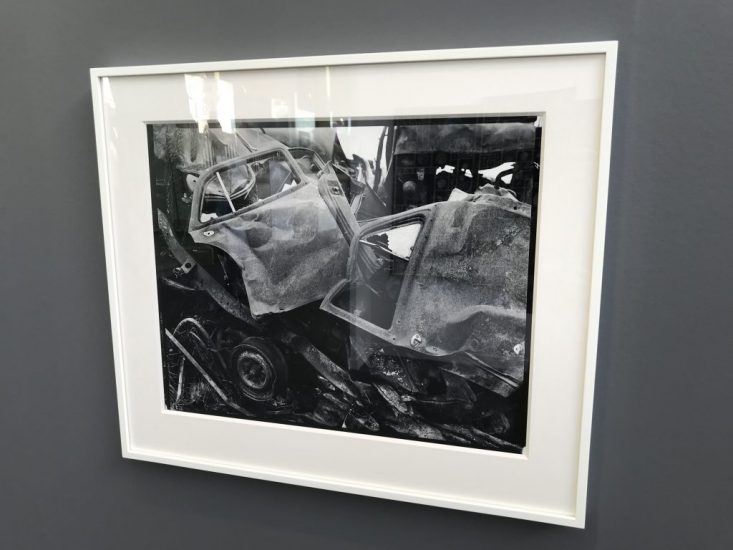 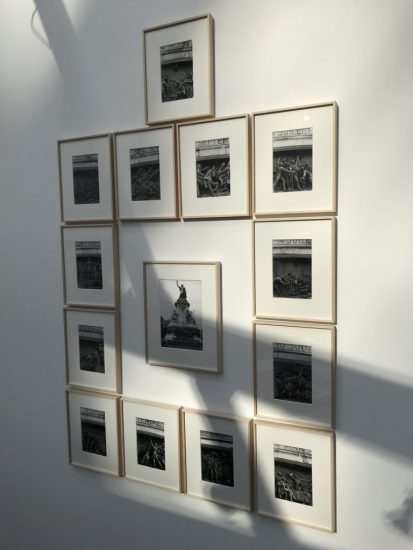 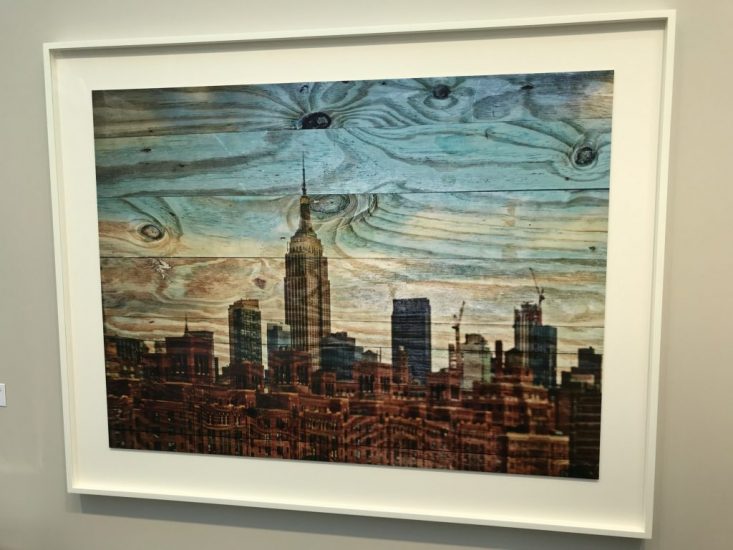 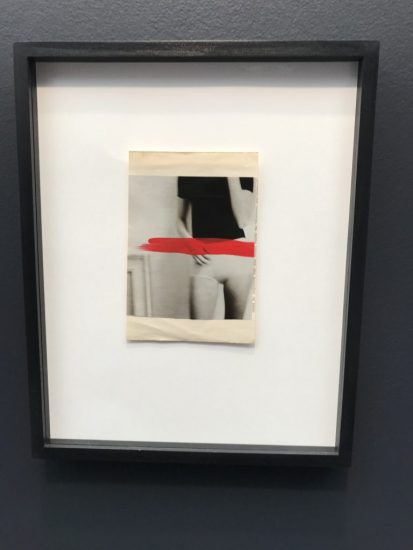 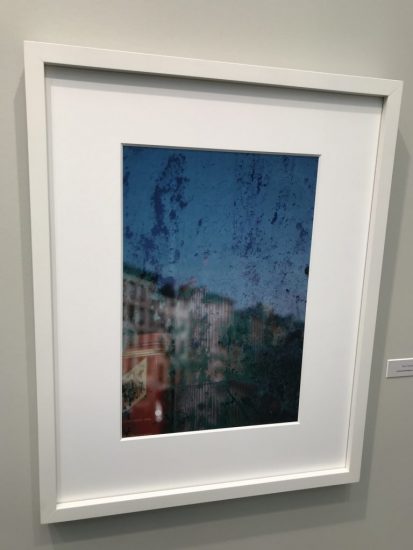 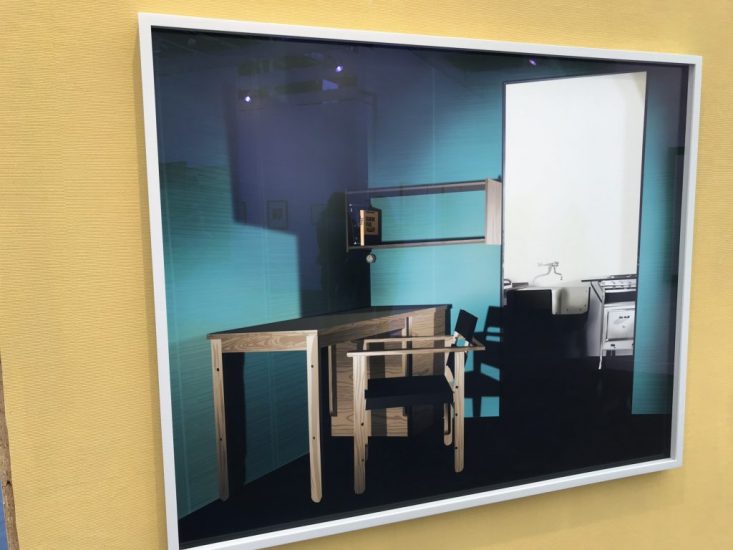 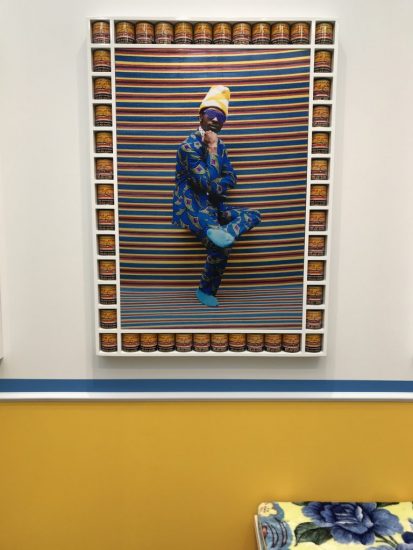 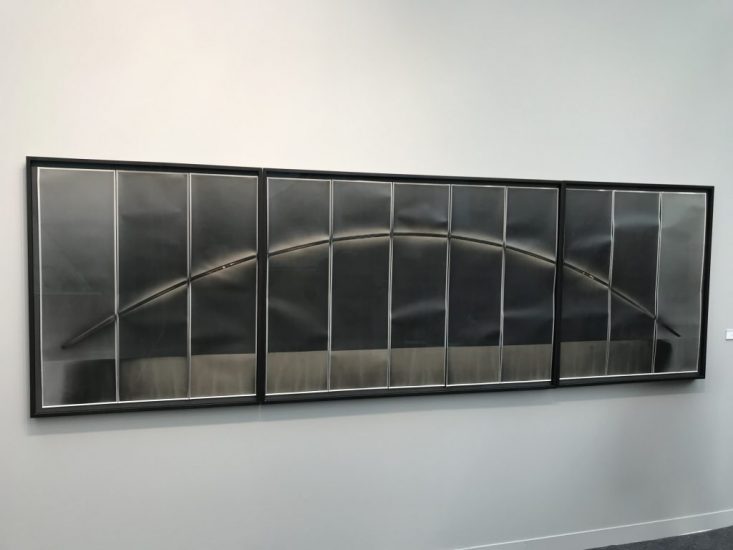 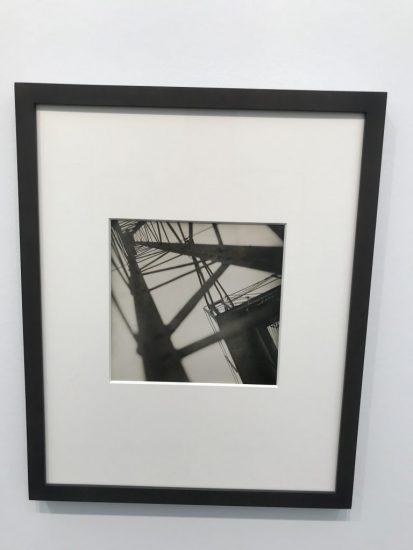 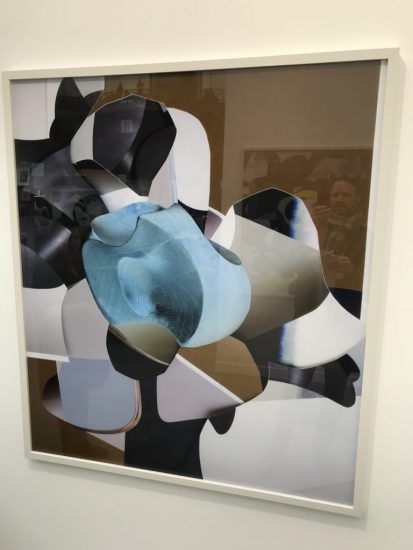 Galerie Karsten Greve (here): This booth was a solo presentation of the photography of John Chamberlain. Better known as a celebrated AbEx sculptor of elegantly twisted and smashed car parts, his late 1980s photographs traffic in similar distortions via smears, blurs, shimmers, and elongated flares of light. They linger in the space where representation breaks down and becomes fluid moving abstraction. Priced at €26000.

Stevenson Gallery (here): This image was made by Viviane Sassen for a recent exhibition at Versailles. Using the elaborately luxurious interiors and grounds as the setting, she brought her own brand of disruption to the task, using an intrusive shadow and intricate black overpainting to interrupt this particular portrait. The result is freshly uncertain. Priced at €16000.

Hauser & Wirth (here): Rare lifetime (AKA a mix of vintage and later) prints by August Sander filled this powerhouse booth. “The Art Scholar” was one of the vintage prints on view (note the textured paper and the pencil inscription), and the details of the cigar, the cuff link, the shine of chair, and the sternly confident expression make it more than just a picture of a man in a suit. Priced at €160000.

Fraenkel Gallery (here): Inspired by Issac Newton’s 1704 treatise Opticks, Hiroshi Sugimoto’s newest series takes light itself as its subject. Using a large prism to spread cast light into a rainbow on his wall, he then used an SX-70 Polaroid camera to make close-up images of the colors. Scanned, cropped, and then reprinted at large scale, the work here is an enveloping ombre of subtle blue and black (and much more engaging in person than my picture might seem). Priced at $250000.

Carlier Gebauer (here): Richard Mosse’s newest project uses UV light to capture the plants and insects of the at risk Peruvian rainforest. With the colors tweaked and fluoresced by the process, camouflage patterns take on a whole new reality, becoming shiny, sparkly, and more than a little surreal. Priced at $25000.

Taka Ishii Gallery (here): This mid-1970s series by Ikko Narahara was a new discovery for me. Taken at various intersections along the length of Broadway in New York city, each work is made up of four fisheye lens views of the intersection brought together in collaged groups. Set in squares, the central triangles of road become abstract, with the background buildings bent and curved. The series is a smart rethinking of urban sidewalk photography. Priced at €6400 each.

Priska Pasquer (here): Fiona Valentine Thomann’s work was displayed lying on the floor of this booth, its mirrored backing reflecting the patterned glass ceiling above. Viewing the work using a smartphone reveals an embedded 3D model which spins in mid-air, turning the shards and fragments of appropriated imagery into an angular sculptural presence, with QR codes that trigger sound compositions. As augmented reality becomes further adopted by photographers, this is the kind of mind bending creativity we can expect to see. Priced at €5000.

Daniel Blau (here): There is something incredibly modern and almost conceptual about NASA’s tiled space mission photographs. Pieced together from dozens of smaller images, this view of the snow covered polar cap of Mars (from Viking Orbiter I in 1979) tumbles downward like a waterfall. Priced at €25000.

Hans P. Kraus Jr. Photographs (here): The brightness of this 1841 photogenic drawing leaf study by William Henry Fox Talbot caught my eye – usually such works are faded and so delicately precious that they lose some of their punch. No so for this print – it jumps off the wall with crisp authority. Price upon request.

Hans P. Kraus Jr. Photographs (here): The tragic fire at Notre Dame last year permanently altered the architectural form of the cathedral, and this booth contained a selection of views of the church (from Le Gray and Le Secq to Atget), reminding us of its visual evolution. This c1853 pairing of waxed negative and salt print positive from Charles Nègre is particularly handsome, the intricate details of the facade more resonant in the negative view. Priced at $75000 for both.

Sies + Höke (here)/Kicken Berlin (here): This photomontage by Max Ernst from 1921 combines layers of imagery with paint and ink overpainting. It’a a wonderfully surreal amalgamation from an artist not widely known for his photography. Priced at €135000.

Sies + Höke (here)/Kicken Berlin (here): These overpainted photographs by Gerhard Richter come from a series that was published in the photobook City Life. Using the same river image of Florence, Richter iteratively overpainted the picture again and again. Six examples here show how varied the results were, from up/down and left/right movement to variations of swirled color and paint thickness. Priced at €85000 each.

Kicken Berlin (here): This 1951 light abstraction by the Dutch photographer Pim van Os pulsates with busy energy. It combines fluidity with precision, creating a surprising sense of depth and space. Priced at €12000.

Hamiltons Gallery (here): This unusual 1963 image by Richard Avedon was made as part of a series of six photographs made along Interstate 95 in Newark, NJ. The images revel in the tactile details of crumpled cars, zeroing in on rusted doors, wheels, and other junkyard debris. As studies of form and texture, rather than portraits, they show Avedon’s impressive range. Priced at €30000.

Henrique Faria Fine Art (here): After completing his obligatory military service in the late 1960s, the Catalan artist Miralda experimented with using photographs of toy soldiers to reinterpret the surrounding world. This group of images was made on the Monument to the Republic in Paris in 1969, where Miralda placed an incongruously tiny white soldier amid the various revolutionary battles on the frieze. The results are alternately poignant, incisive, and quietly absurd, reimagining the heroic moments. Priced at €45000 as a set.

Edwynn Houk Gallery (here): This recent image from Abelardo Morell leverages the artist’s tent camera process to new effect. The veined wooden boards that form the floor of the tent become the backdrop for an Empire State Building view in New York. The muted colors recall the look of an antique post card, and the swirls in the sky have an unexpected Starry Night feel. Priced at $36000.

Galerie Les Filles du Calvaire (here): This overpainted work comes from a new series of collages by Katrien De Blauwer. Made in collaboration with the photographer Francisco Halard, her works use magazine pages of Halard’s imagery as the source material for her reinterpretations. Here, the gestural red stripe elegantly interrupts the contrast of the white and black. Priced at €1400.

Howard Greenberg Gallery (here): This 1957 reflected image by Saul Leiter adds mottled texture to a city view. The scraped and eroded surface mingles with the elemental blue of the sky like gritty puffs of rising smoke. Priced at €27000.

Klemm’s (here): This booth was devoted to new works by Adrian Sauer. Starting with images of the Bauhaus, he has digitally reconstructed every object, surface, and space in the source photographs, creating works that are fabricated facsimiles of the real. The wood grain, the wallpaper texture, and the hazy shadows on the floor, all are painterly recreations. Priced at €9000.

Yossi Milo Gallery (here): While the eye-catching works of Hassan Hajjaj have become an art fair staple for this gallery, they continue to feel fresh and engaging. Half of this booth was devoted to Hajjaj, with a painted wall and a funky sitting area underneath the works. Between the surrounding cans, the striped backdrop, and the wax print fabric suit, this work has all the bold patterns a viewer could reasonably ask for. Priced at £28000.

Yossi Milo Gallery (here): The other half of the Yossi Milo booth was an oasis of reserved works, like this ethereal full arc burn by Chris McCaw. The horizon line of the water provides a perfectly flat foundation for the sun’s geometric path, the intensity of the light creating a scorched edge on the delicate paper along the curving path of the line. Priced at $175000.

Bruce Silverstein Gallery (here): The steep upward view gives this 1928 Eiffel Tower image by Jaroslav Rössler all of its tension and drama. The receding lines insistently draw the eye upward, pulling us up into the whiteness. Priced at $90000.

Bruce Silverstein Gallery (here): This 1928 image by Man Ray comes from his film Emak Bakia. The expressive curved arcs deliver a sense of frenetic motion, the abstractions jittering and quivering in the darkness. Priced at $165000.