While every section of this comprehensive Paris Photo roundup can likely stand on its own, for those that want to start at the beginning, the first portion of the tour (along with an explanation of how the slideshows are organized) can be found here.

This section covers the area to the middle left of the fair, as seen from the entrance. 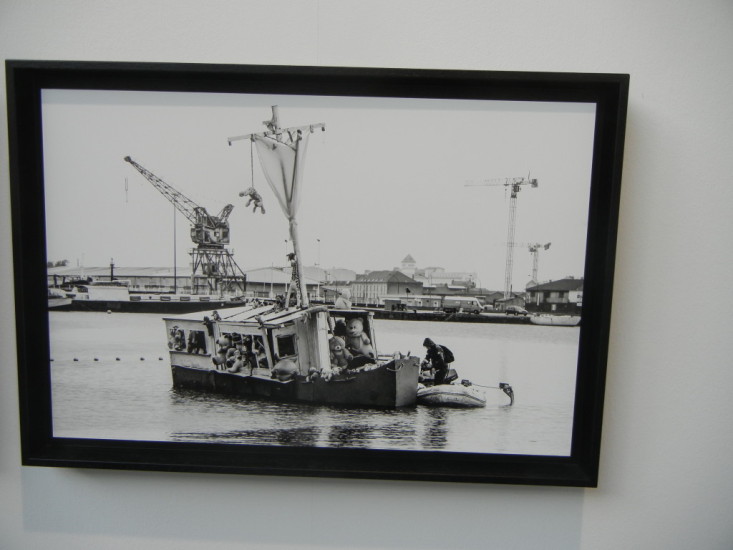 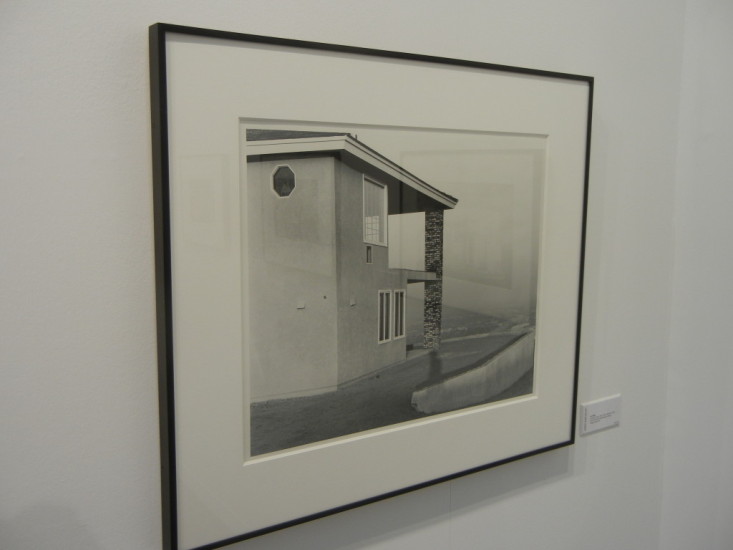 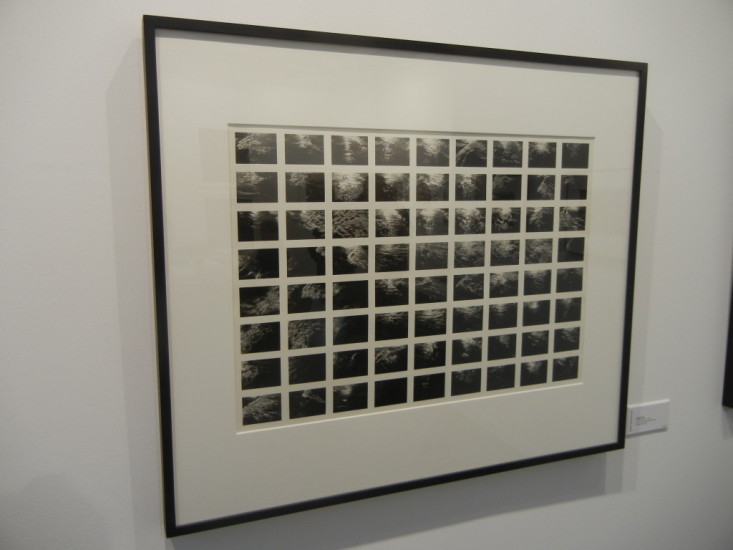 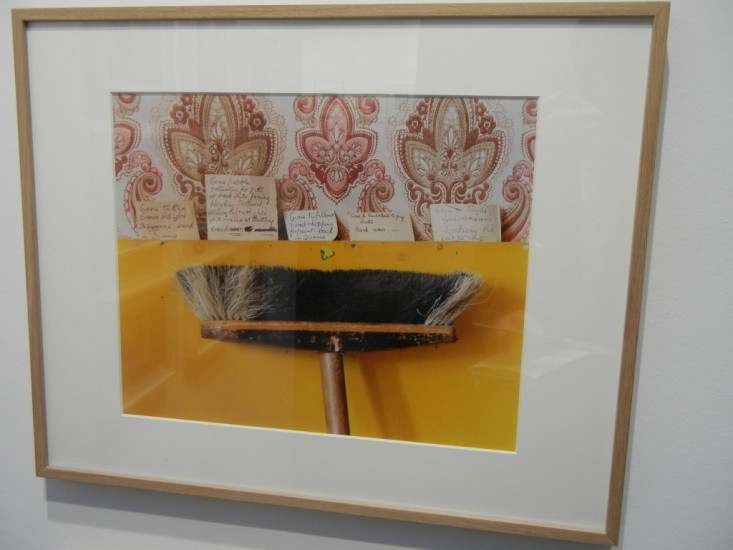 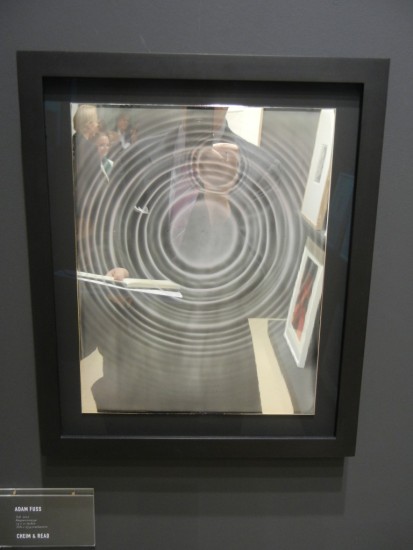 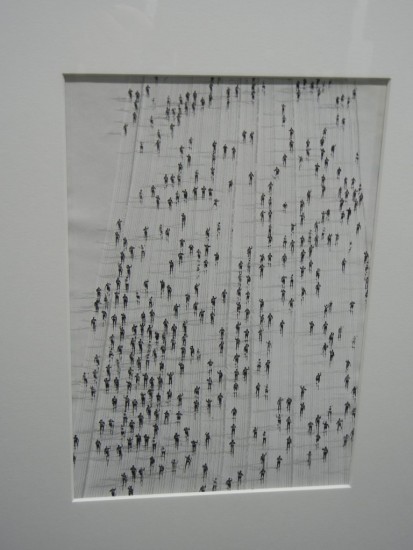 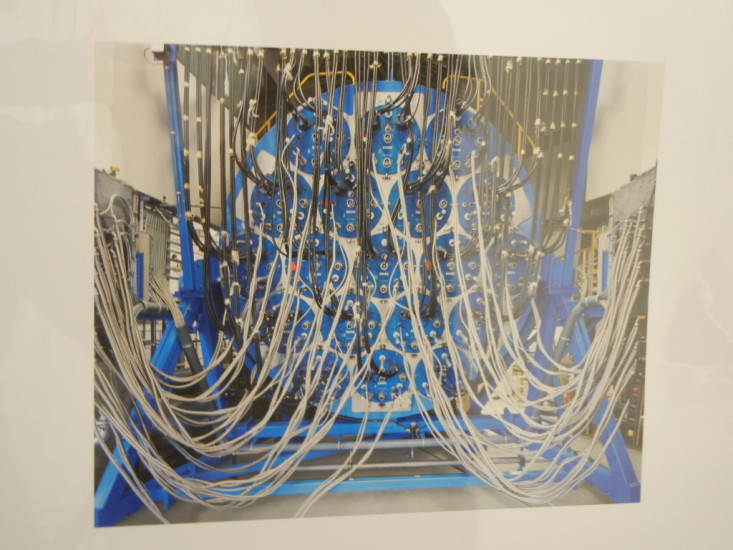 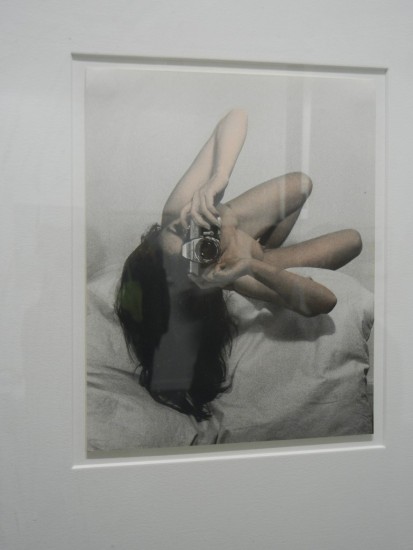 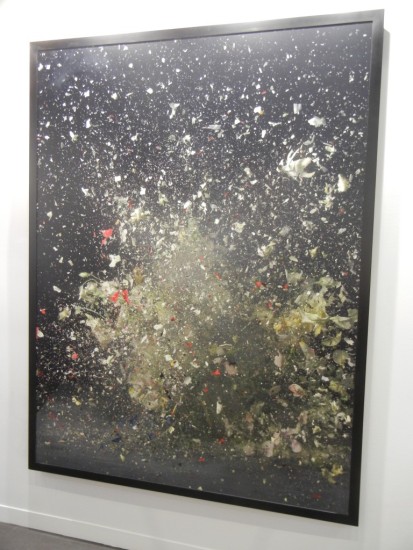 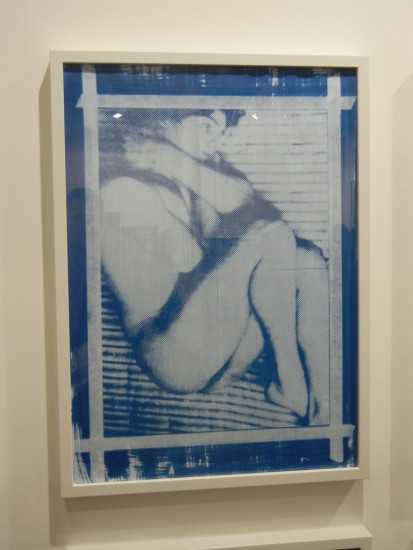 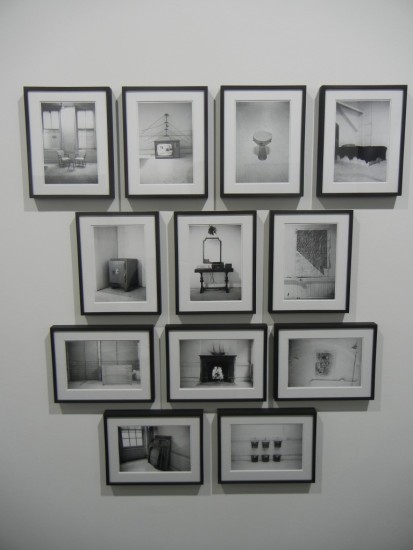 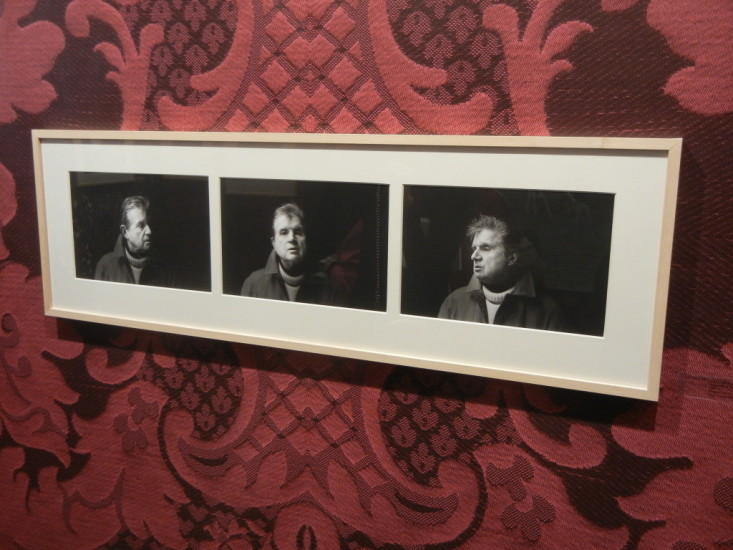 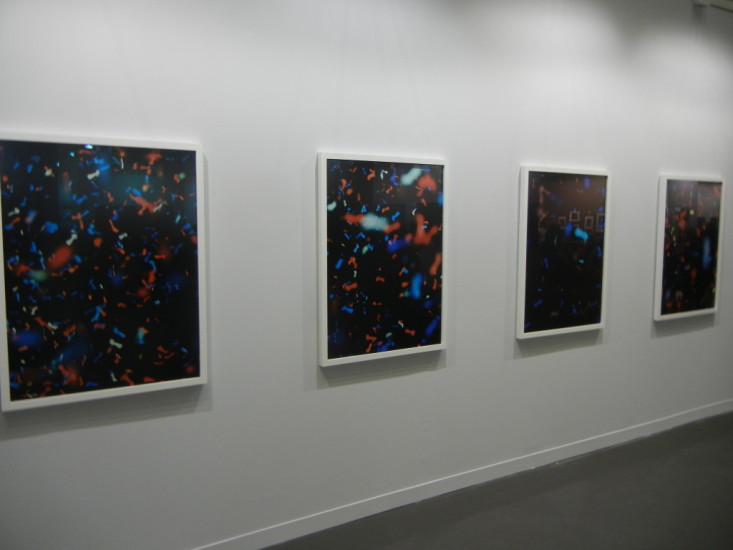 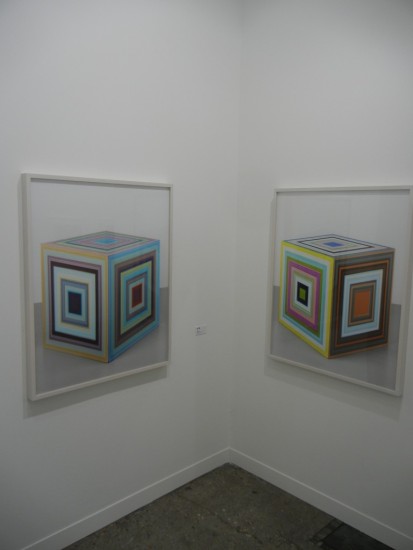 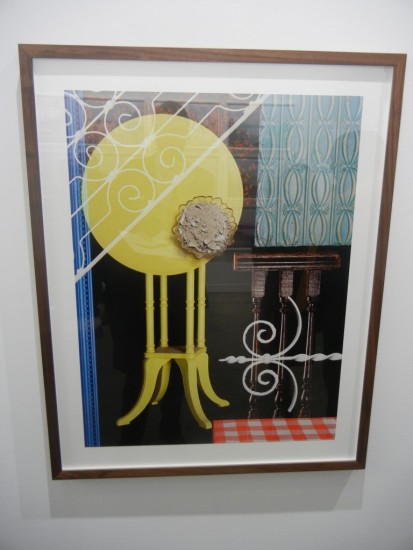 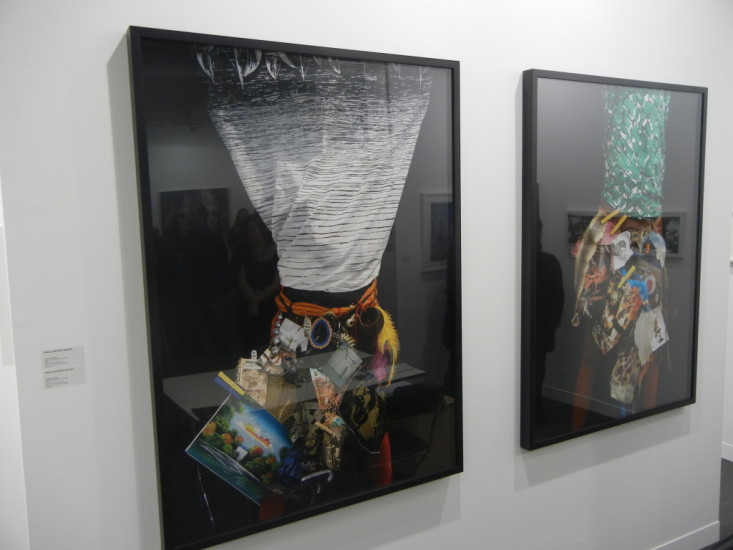 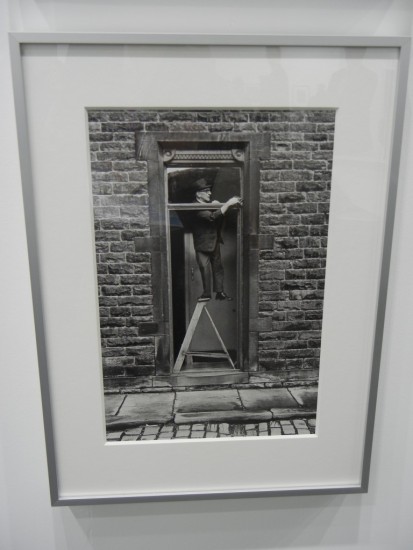 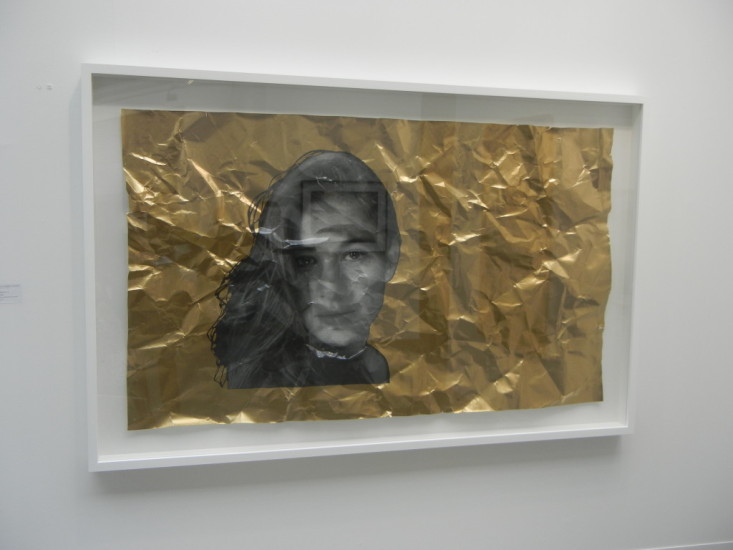 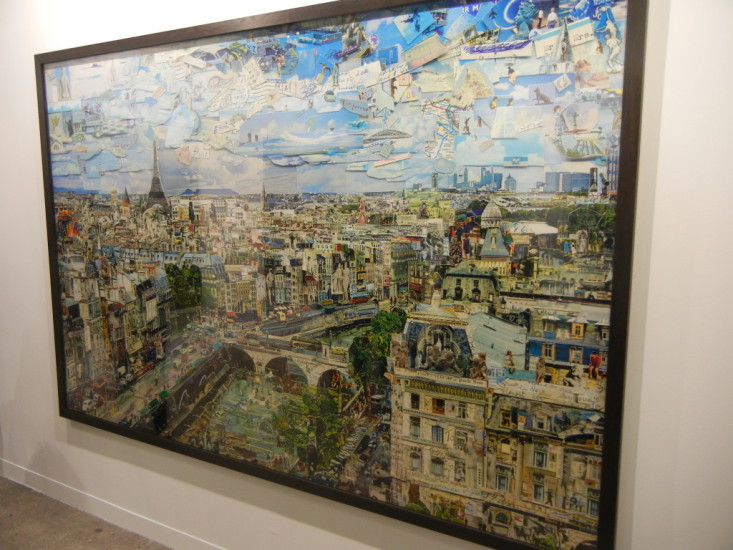 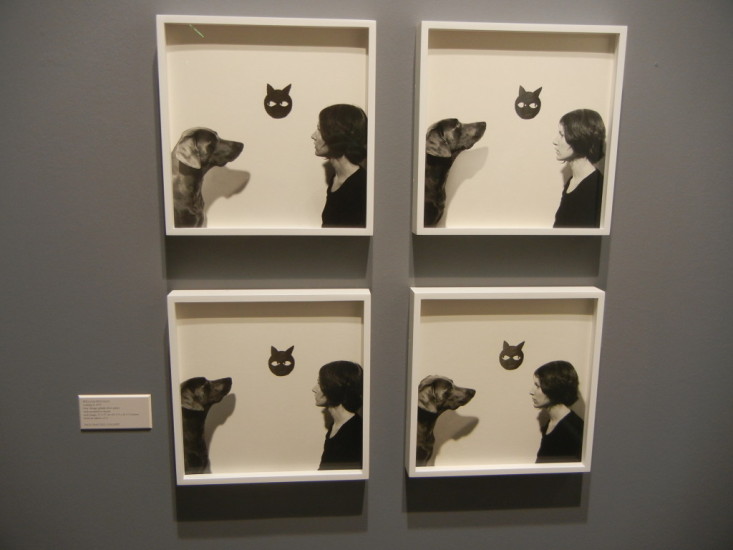 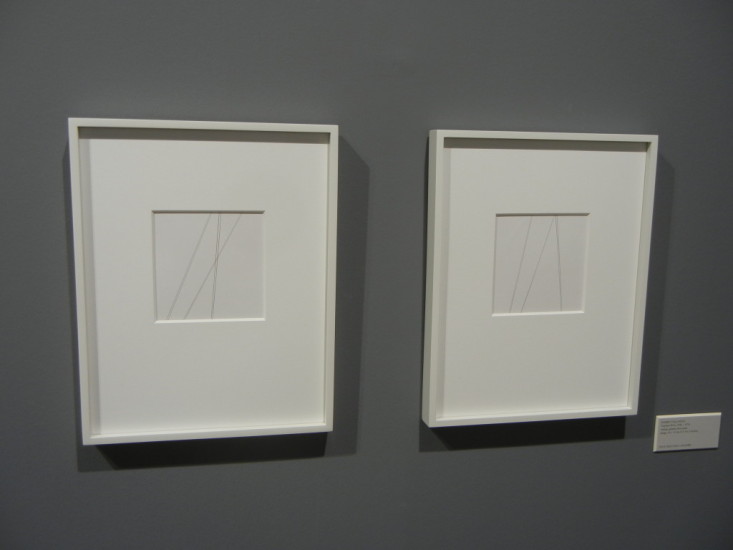 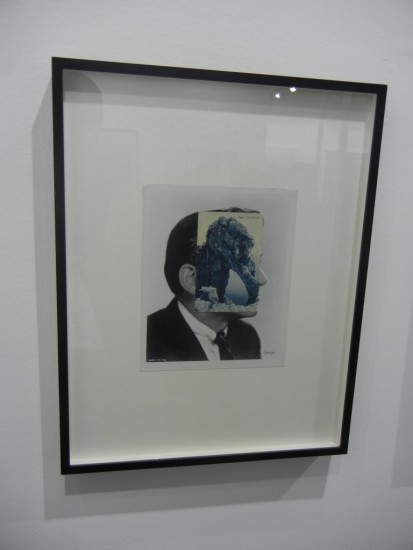 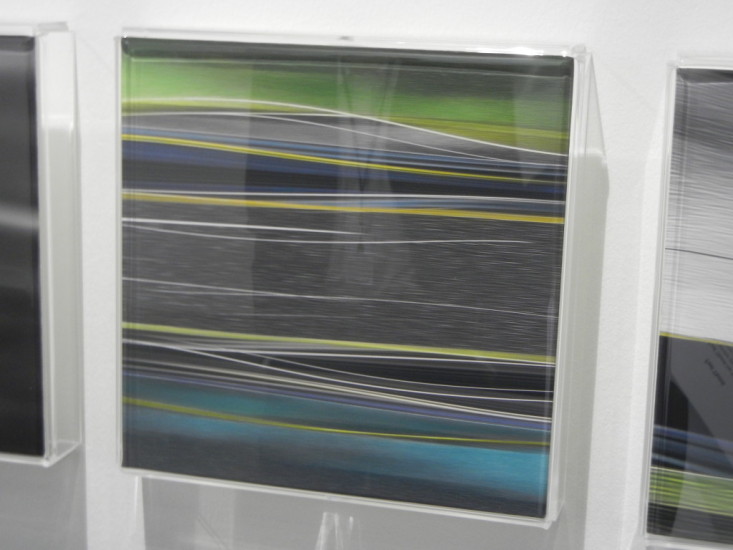 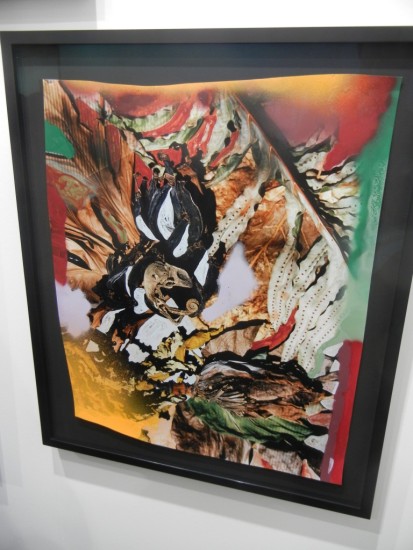 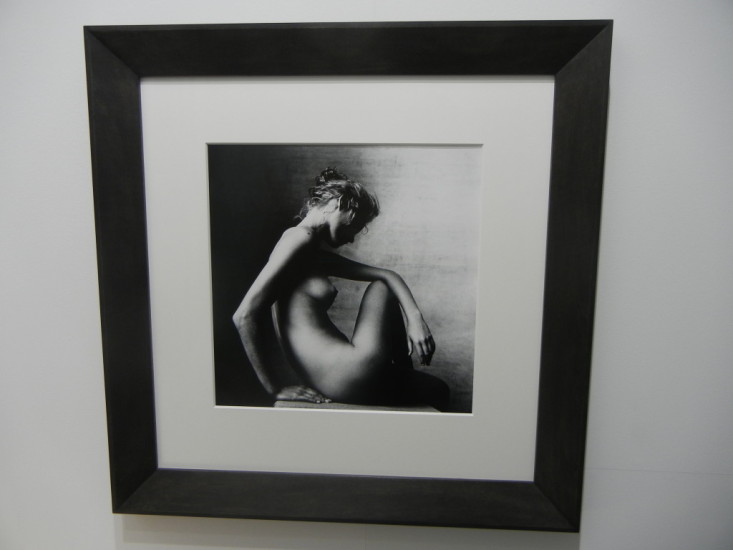 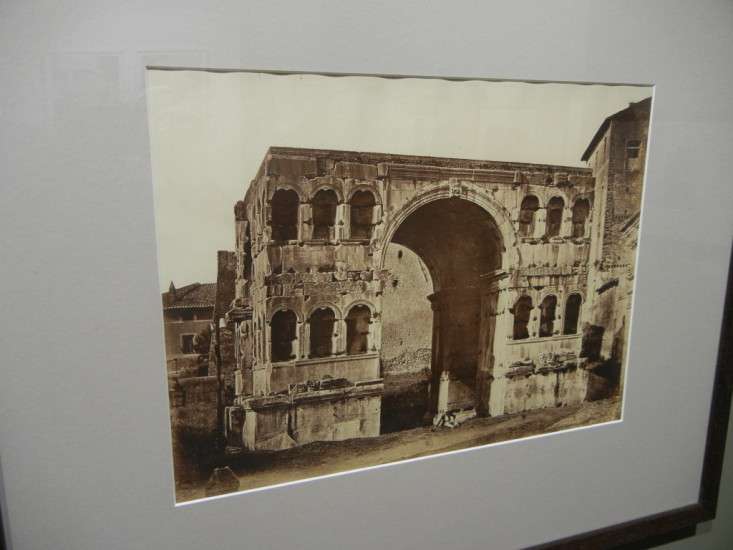 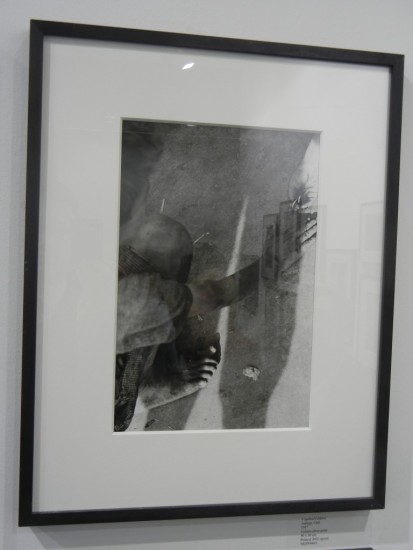 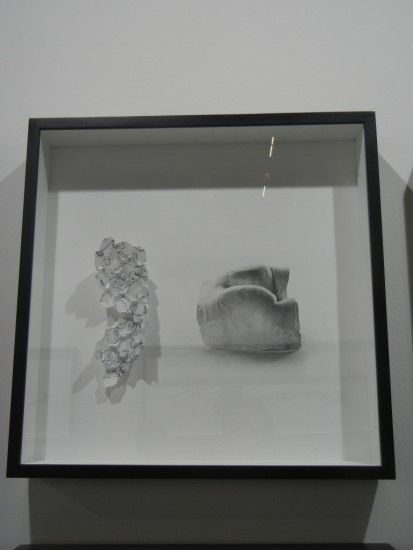 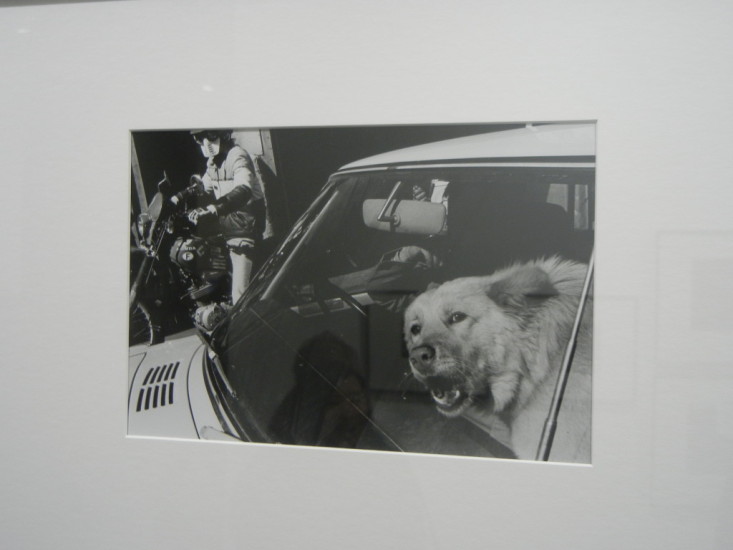 In Camera Galerie (here): While large prints from Robert Longo’s Men in the Cities series dominated this booth, the color balancing in this Julian Germain image of “gone, back soon” notes was worth discovering (on an outside wall). Priced at €1100.

Cheim & Read (here): An unavoidable self portrait in the shiny mirrored surface of Adam Fuss’ water ripple daguerreotype. Priced at $30000.

Yancey Richardson Gallery (here): The camera covers the face of this playful hand tinted nude by Janice Guy; I like the way the bent arms and legs form the arc of a fan. Priced at $6000.

Mummery + Schnelle (here): Ori Gersht’s exploding floral images have become a staple of the fair circuit, but the monumental size of this one so dominated the booth it was in that it was impossible not to get drawn in. Priced at $41000.

Galerie Alain Gutharc (here): Before they were famous, often semi-nude images of male stars, rephotographed in grainy cyanotype by Michael Roy. Priced at €3500 each.

Galerie Dominique Fiat (website inactive): In honor of the staggering $142 million Francis Bacon triptych sale earlier this week, a photographic triptych of Bacon himself, taken by Jesse Fernandez. Priced at €30000.

Gagosian Gallery (here): Roe Ethridge turns to abstraction in this recent series of confetti images. Priced at $18000 each.

M+B Gallery (here): Space becomes puzzlingly flattened and overlapped in new still lifes from Matthew Porter. This one is priced at $5500.

Rhona Hoffman Gallery (here): While this booth had many worthy candidates for inclusion in this fair summary (Robert Heinecken, Vito Acconci, Deana Lawson and others), the two new trinket adorned torsos by Xaviera Simmons that hung front and center were hard to beat. They were priced at $18000 and $23000 respectively (based on the place in the edition).

Rose Gallery (here): The witty patterns and textures of an early black and white Martin Parr image. Priced at €2150.

Pace/MacGill Gallery (here): This early William Wegman is a smart transition piece, combining the wry conceptual illusions of his first works with his now famous dogs; notice the moving eyes of all three participants (even the painted cat). Priced at $55000.

Pace/MacGill Gallery (here): It’s still astonishing what Harry Callahan could do with a few overhead wires; these linear abstractions are intricately delicate, minimal yet compositionally complex. Priced at $30000 each.

Galerie Frank Elbaz (here): Only John Stezaker could turn the postcard rock formations of Capri into an elephantine nose. Priced at €11000.

Camera Work (here): Extra large images by Herb Ritts and Bettina Rheims and even a wall of vintage Paul Strands couldn’t distract me from this lovely Irving Penn nude. Priced at €150000.

Robert Hershkowitz (no website): While there wasn’t an abundance of 19th century work on view at the fair, this Pietro Dovizielli architectural image was rich and tactile. Priced at €12000.

Silverlens Galleries (here): The collaboration of Corinne de San Jose and Christina Dy matches sculptural origami forms (made of photographic paper) with images of cast body parts, playing with the delicacy of contrasting shapes. Priced at €2000.

The Third Gallery Aya (here): I like the splash of menacing violence (the snarling dog) inside Jun Abe’s 1980s traffic scene. Modern prints, priced at €1900.

Part 3 of this report (covering the area to the far right) can be found here.