This is Part 3 of our summary report on Paris Photo 2017.

Part 1 of the report (here) explains the rationale behind the decision to feature only female photographers this year and includes an explanation of the format used in the detailed slideshow below. So while it is certainly possible to jump directly into any one of the individual reports, start back at the beginning if you want to understand the context. Part 2 can be found here. 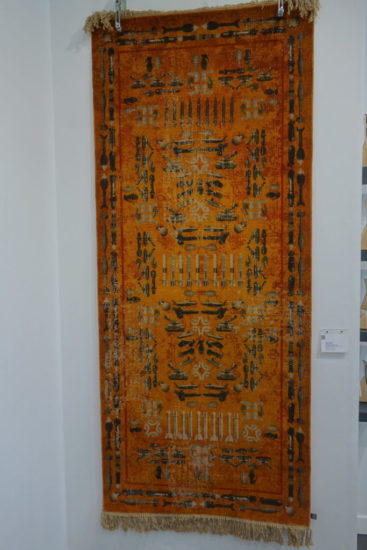 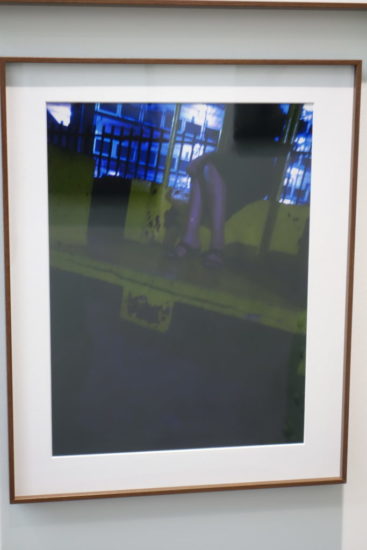 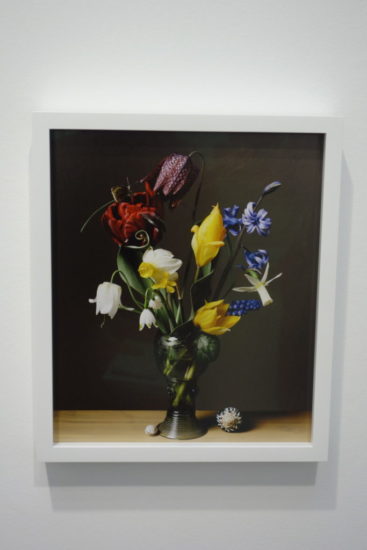 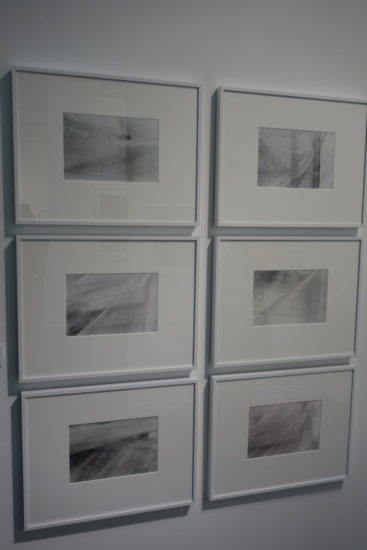 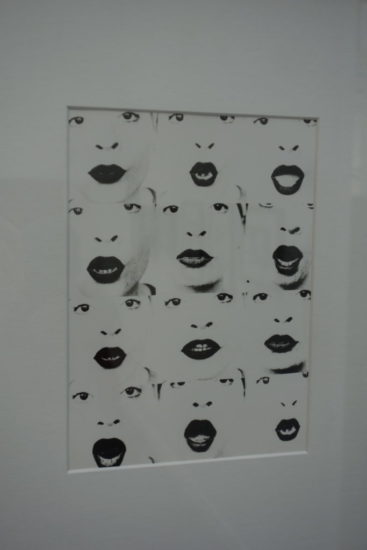 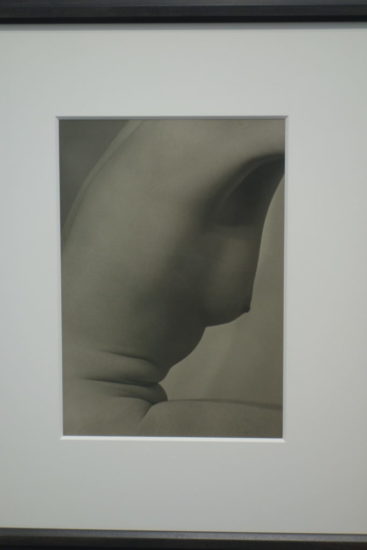 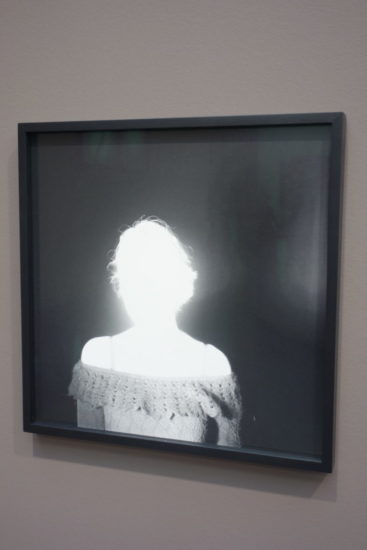 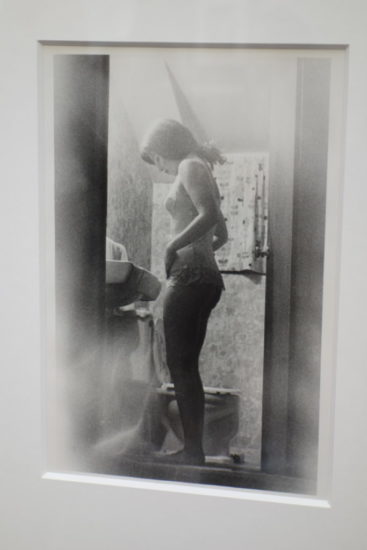 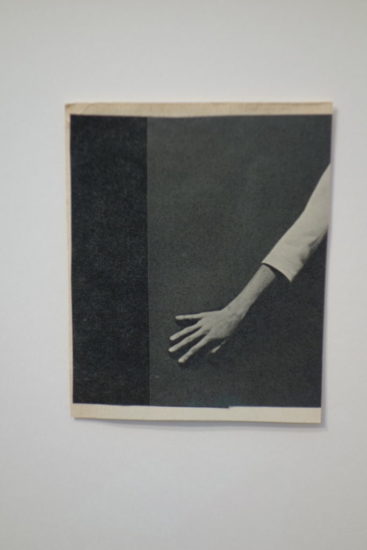 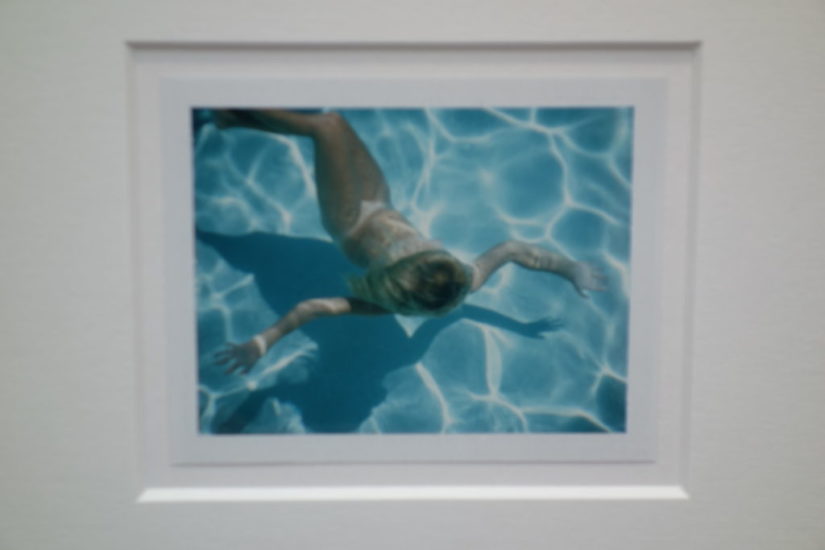 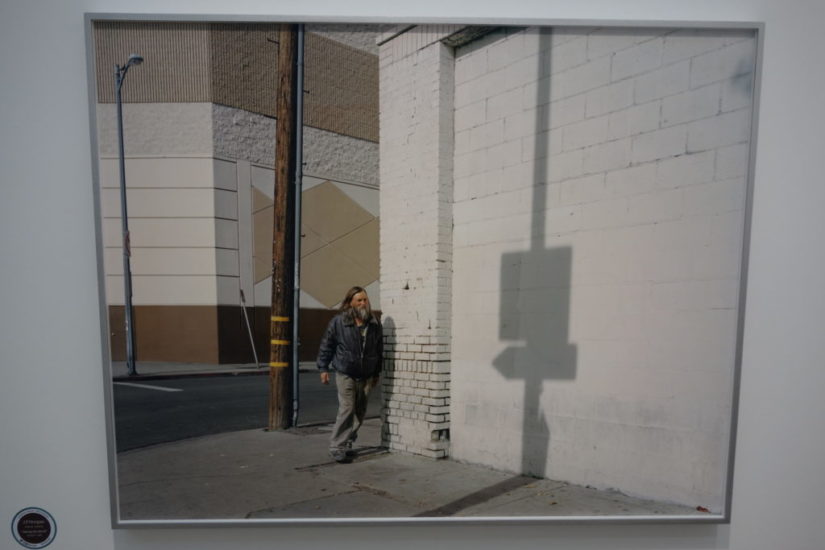 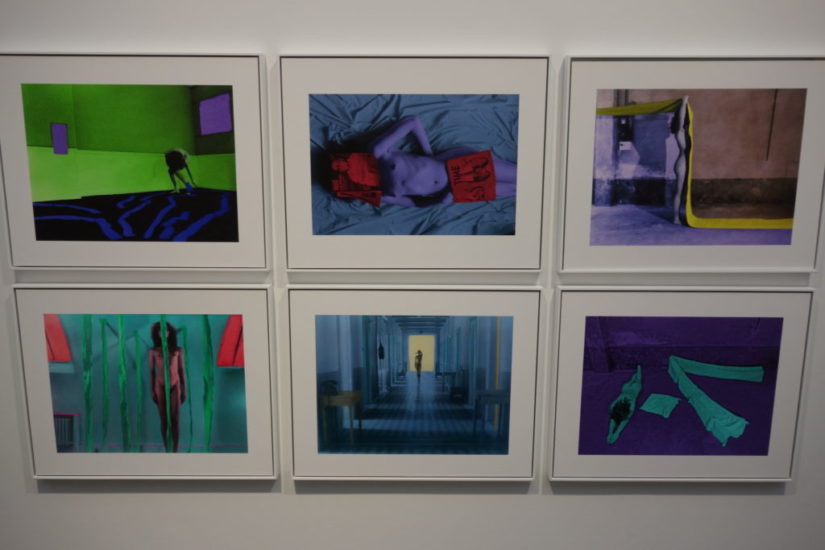 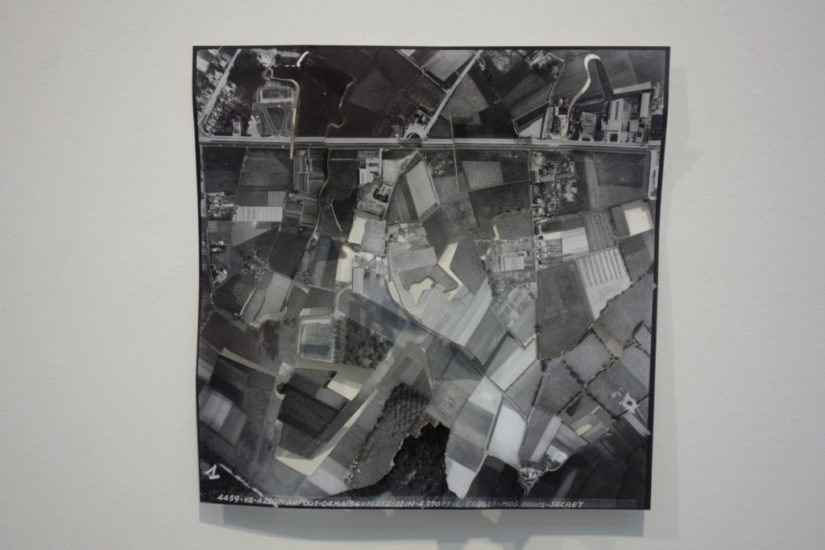 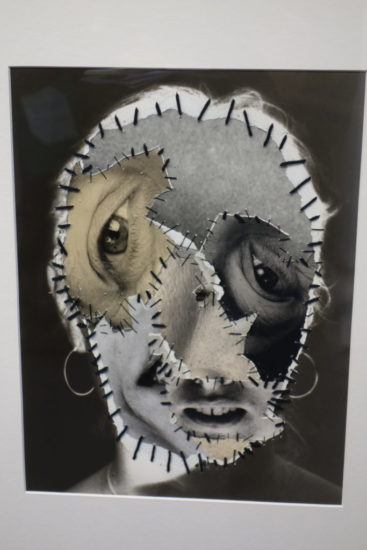 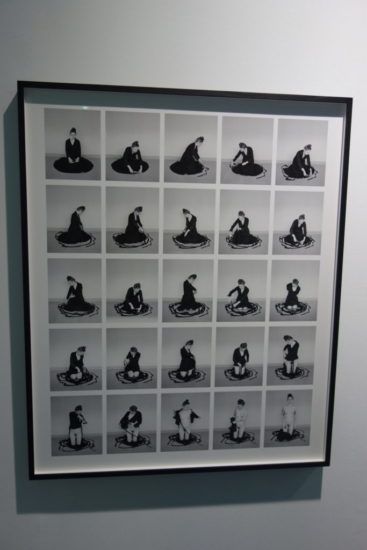 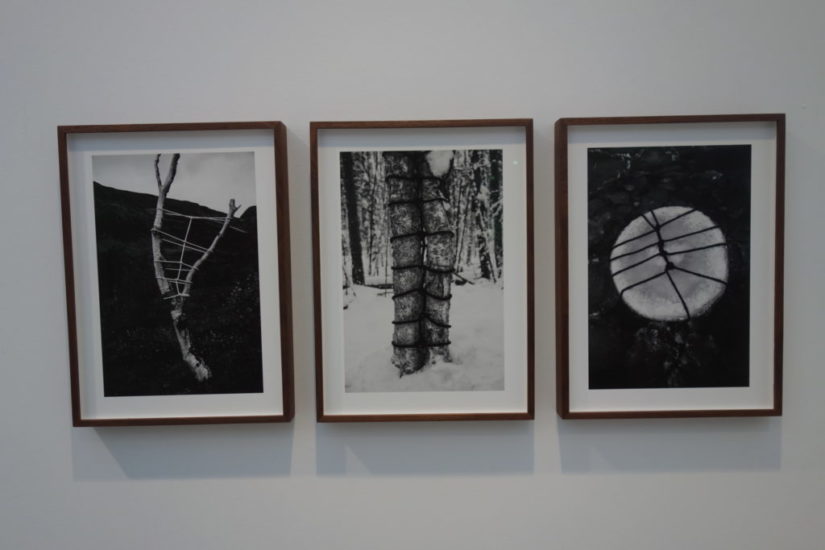 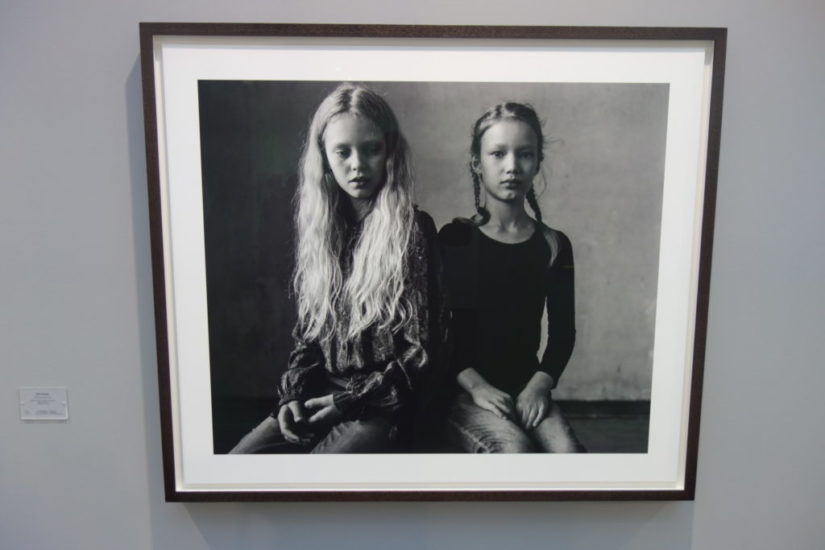 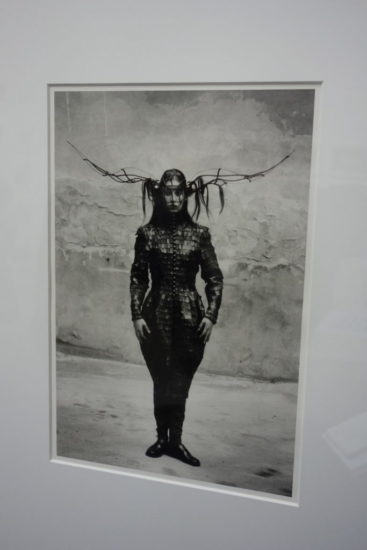 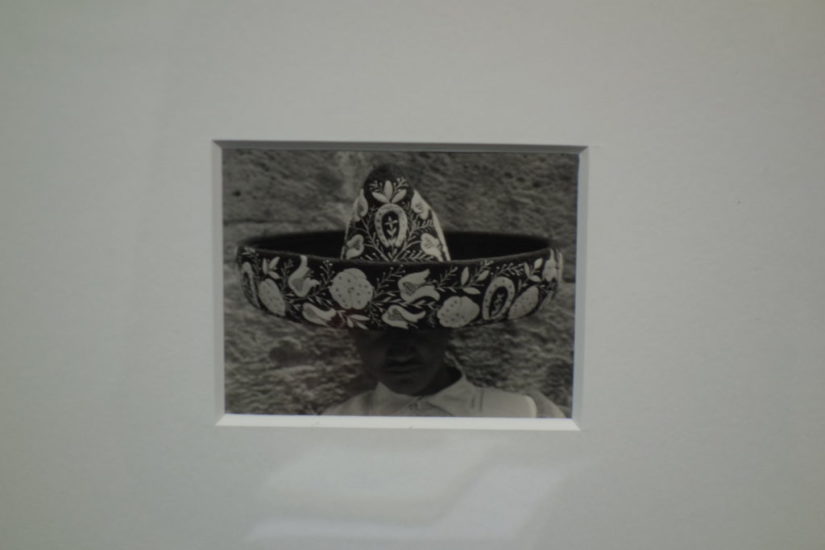 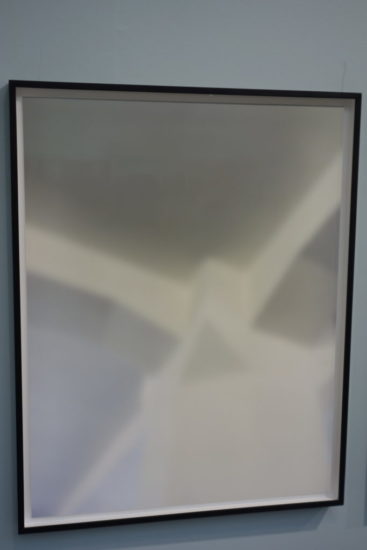 Miyako Yoshinaga (here): Most of the works I have seen by the Japanese photographer Emi Anrakuji have been executed in raw black and white, so the melancholy color images by the artist on the side wall of this booth caught my eye. The yellow and blue tones in this image glow with loneliness, the off-kilter camera angle removing the subject’s face and enhancing the empty feeling of isolation. Priced at $2400.

Yancey Richardson Gallery (here): Sharon Core has been restaging floral still life paintings from across centuries of art history for many years now, and this image is a new example from the ongoing series. The translation from painting to photography requires painstaking attention to detail, from the management of the natural light to the growing of perfect specimen flowers. The result mimics the careful arrangement of the original artist, but with an understated conceptual inversion of process. Priced at $6500.

Gallery Luisotti (here): Plastic greenhouse sheeting forms the basis for these ethereal 1979 abstractions by Catherine Wagner. The images are filled with muted transparency and softly flared light, the folds and edges of the tarps creating elegant draped lines. Priced at $15000 each.

Galeria Asymetria (here): Natalia LL made number of self-portrait arrays in the early 1970s deconstructing gestures and female roles. In this work, she uses dark lipstick and overexposure to make her mouth into a taxonomy of shapes and expressions. No price available, as the work was already sold.

Gitterman Gallery (here): Yvonne Chevalier’s late 1920s Modernist nude is an elegant study in line and form. The matte surface paper gives the image a warmer tone, that richness making the volume of the model’s body look like polished marble. Priced at €13400.

East Wing (here): Katrin Koenning and Sarker Protick’s recent photobook Astres Noir gathered quite a bit of attention when it was released in 2016, particularly for its innovative use of silver on black paper printing. This booth was an experiential solo show of this body of work, with most of the pictures experimenting with the contrasts of overbrightness against deep enveloping darkness. The overpowering glow turns this woman into an anonymous ghost or an everyday angel. Priced at €950.

Fifty One Fine Art Photography (here): Coming across one of Cindy Sherman’s deservedly iconic Untitled Film Stills can’t exactly be called an art fair discovery, but that doesn’t diminish their consistent excellence. This bathroom scene feels intimate and personal, even though we know it’s a thoughtfully staged recreation. The combination of the upward angle and the quiet shadows give it a throwback 60s cinema feel. Priced at €300000.

Fifty One Fine Art Photography (here): Katrien De Blauwer’s collages pair colored panels and found imagery with consistently measured balance. In this case, the reaching female arm is set in proportion to the two-tone combination of darkness, the apparent simplicity of the composition overlooking the difficulty of constructing unexpected refinement with such grace. Priced at €830.

Fifty One Fine Art Photography (here): Swimming pool distortions have been done again and again in photography, but Deanna Templeton adds her own twist to the genre. Nude divers tunnel through the water leaving behind trails of bubbles, the twists and turns of the bodies set against the webbing of light through the water. When the two come together just right, the layered forms intertwine in unpredictable ways. Priced at €910.

La Galerie Particulière (here): Lise Sarfati’s large scale Los Angeles street scenes (also seen at AIPAD) seem to fit neatly in between the works of Katy Grannan and Jeff Wall. In this image, the greasy bearded man turns the corner into the blasting sunlight, the arrangement of the walls, edges, and shadows almost too precise, like an intensified version of hyper reality. Priced at €11500.

Galerie Mitterand (here): Gloria Friedmann’s tinted self-portraits from 1980 were a new discovery for me. The performative scenes made in empty rooms were overpainted with bright tinted hues, giving the physical experiments an unexpected pop of electric energy. Modern prints priced at €5000 each.

Carlos Carvalho (here): While it’s very hard to see in this image, this work by Carla Cabanas juts out from the wall quite significantly. The vintage aerial image was taken over Boom in Belgium, and supposedly documents something secret, but what that is, we don’t know. The print has been mounted on steel and precisely sliced, creating areas that bend outward toward the viewer, creating an effect not unlike a three-dimensional puzzle. Priced at €2337.

Galerie Anita Beckers (here): This overtly disturbing sewn-faced portrait by the German feminist artist Annegret Soltau is a powerhouse. Made as part of series between 1977 and 1982, these two-sided works were put together with rough rips and thick yarn, giving their angry combinations a tactile, hand-crafted feel. Some of these collaged faces were among my favorites at the fair, almost as a direct result of their knowing and deliberate harshness. No available price, as the whole set was already sold.

Gallery Taik Persons (here): This grid of images tracks the kneeling Hilla Kurki as she gradually cuts away her flowing black dress. The dark strips become something like ripples of water surrounding her, her nude body appearing to stand in a hole when the series is complete. The performance has a clever simplicity, the transformation (and reduction) enabled by her own iterative actions. Priced at €4000.

Gallery Taik Persons (here): Japanese rope bondage meets natural landscape in the works of Anna Reivilä. Tree trunks and ice shards are tied with methodically elegant lines of cord, each restraint its own work of art. The knotted white and black ropes are introduced with precise care, a controlling force struggling with the wildness of nature. Priced at €1500 each.

Gallery Taik Persons (here): I can’t say that I encounter that many contemporary black and white studio portraits that make me stop and look again, but this one by Nelli Palomäki halted me in my tracks. There is something intensely real about this picture of two adolescent girls, perhaps due to its expert use of natural light or the contrast between the look away and the look at the camera. Or maybe it’s the tiny nuances of how the girls have chosen to sit, particularly the girl on the right and her slightly uncomfortable back straight properness. It’s a picture that keeps revealing itself. Priced at €6000.

Galerie Loock (here): Pursing an interest in fashion inside the constrained environment of mid-1980s East Germany was a personal kind of rebellion. This image by Sibylle Bergemann captures the hothouse strangeness of the fashions that emerged in that time and place, the scaled-leather body suit offset by the extended tentacle lines of the exuberant headpiece. Priced at €5000.

Charles Isaacs (here): This small 1926 (vintage) image by Tina Modotti is a solid example of her commitment to photographing Mexican cultural artifacts and customs. The high contrast floral patterns on the embroidered sombrero (and the dark inside edge of the hat itself) are striking against the muted mid grey wall. Priced at $20000.

Galleri Bo Bjerggaard (here): Following Hiroshi Sugimoto’s lead, Eva Schlegel reconsiders the hard edges of architecture using deliberate blur. Here the edges and corners of a ceiling recede into floating planes of white and grey, the abstraction muted by the softening effect of the aesthetic. Priced at €8200.

Part 4 of this summary report can be found here. You can jump to Part 5 here.