This is Part 4 of our 2016 AIPAD Photography Show summary. While it is certainly possible to enter any of our reports directly, for more general background information on the fair and further information on the structure of these slideshows, head back to Part 1 (here). Parts 2 and 3 can be found here and here respectively. 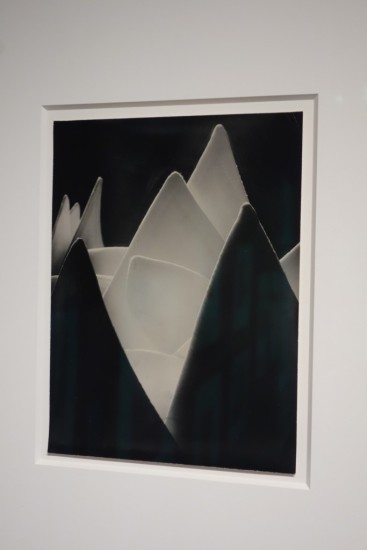 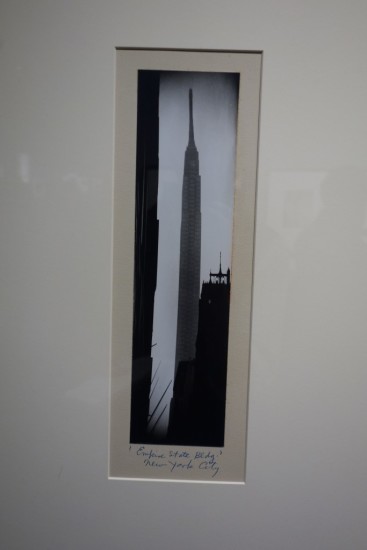 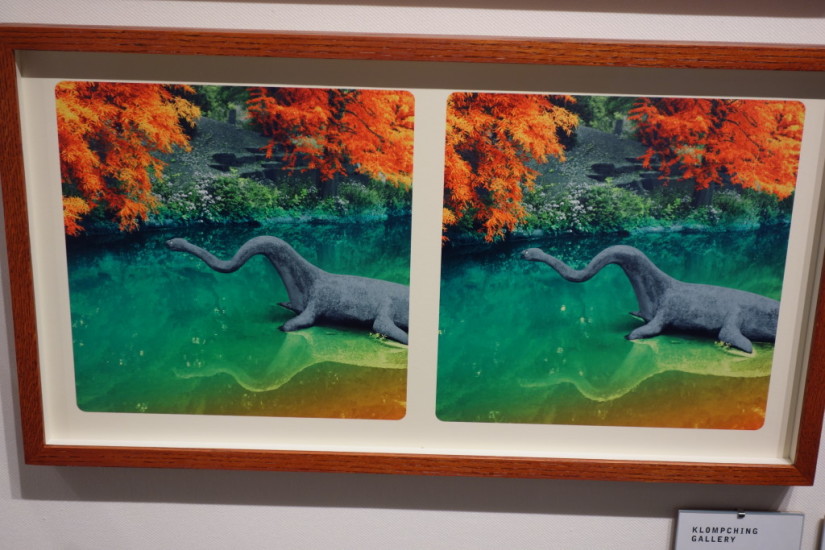 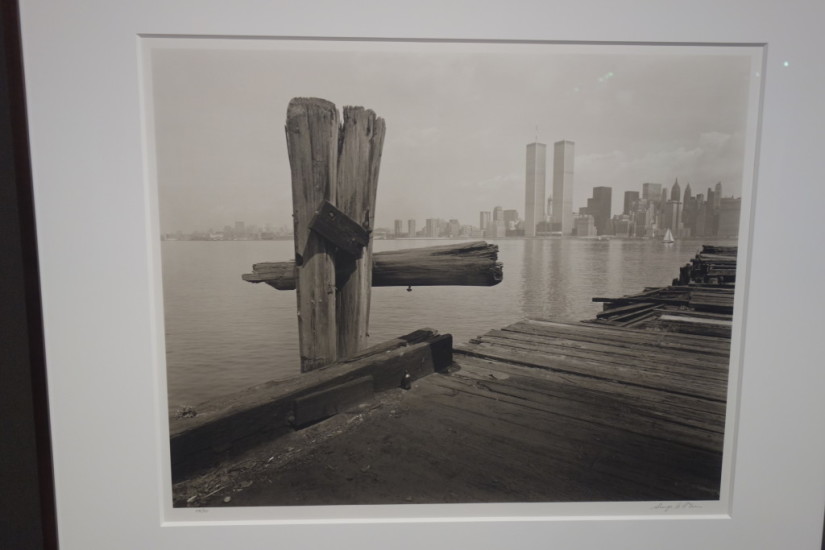 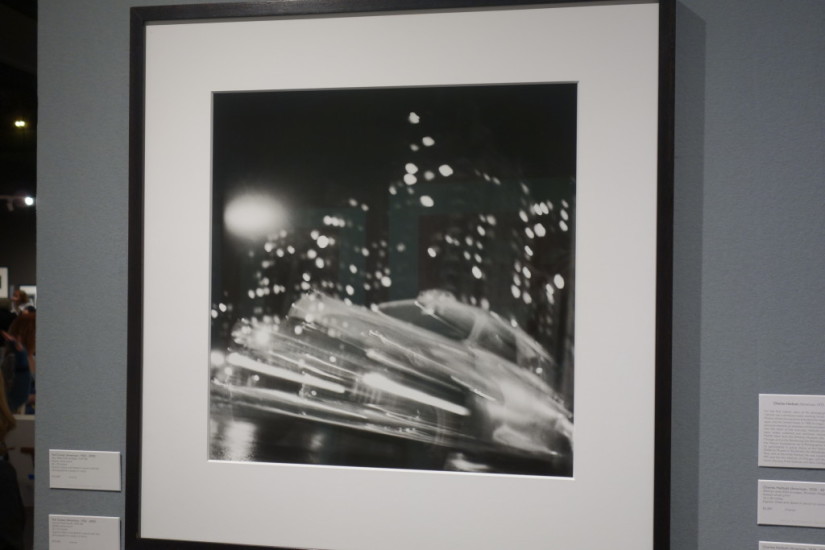 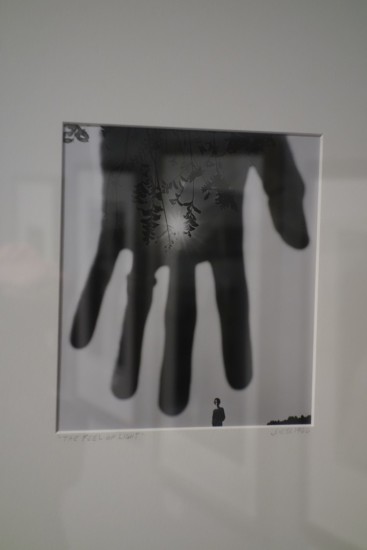 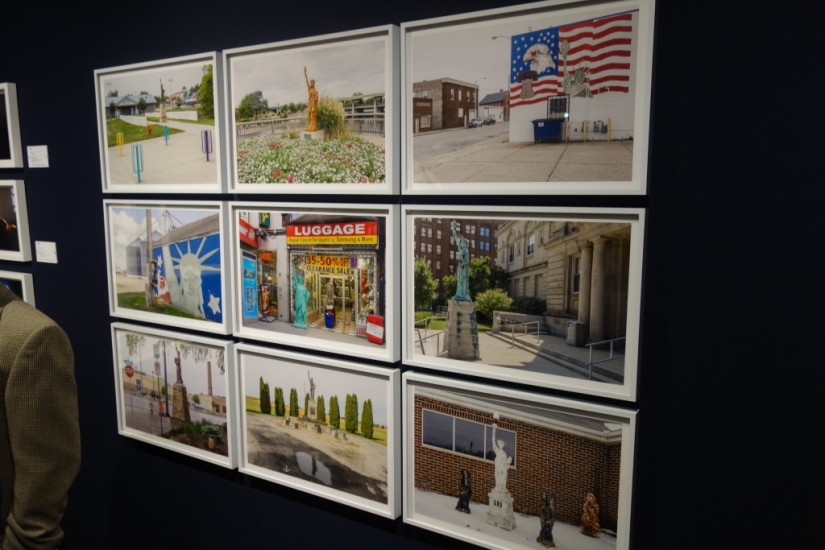 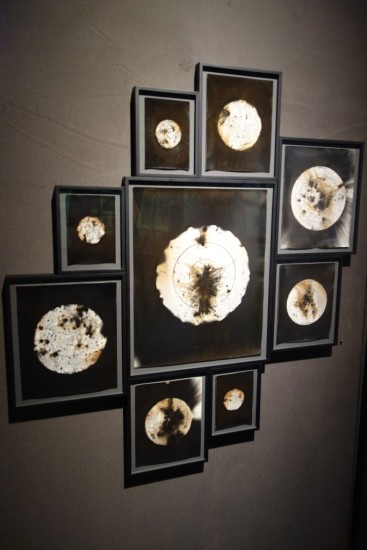 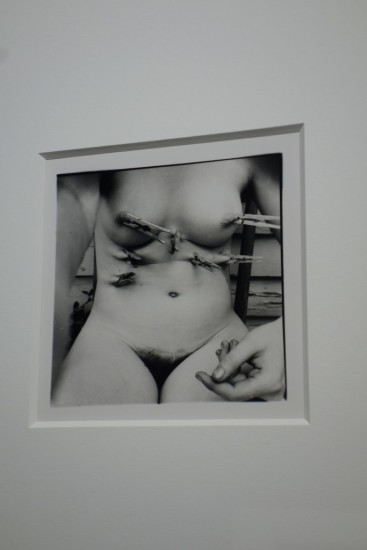 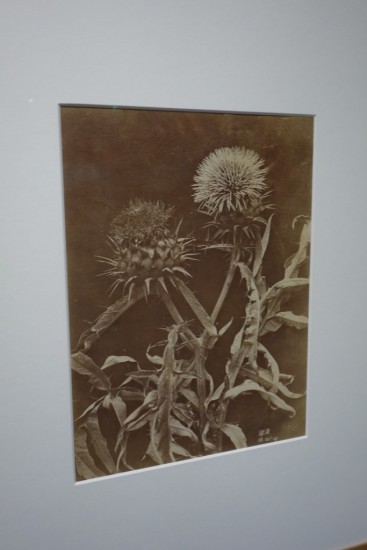 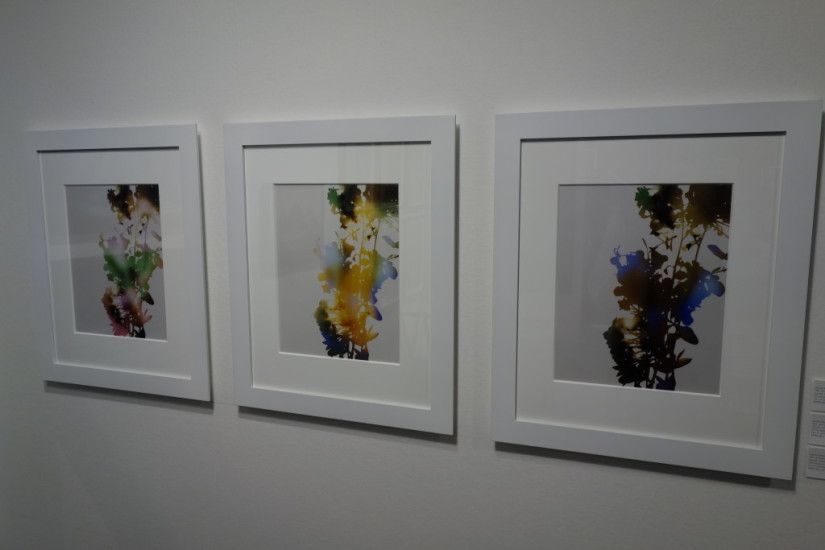 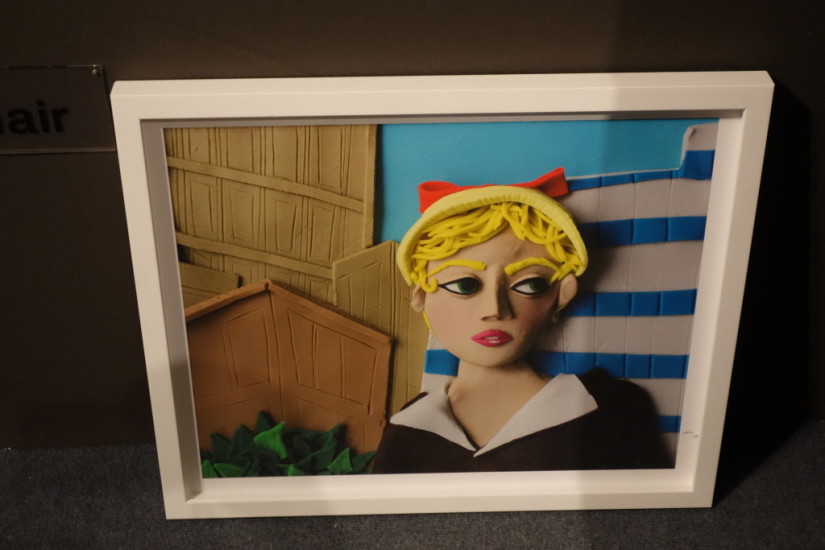 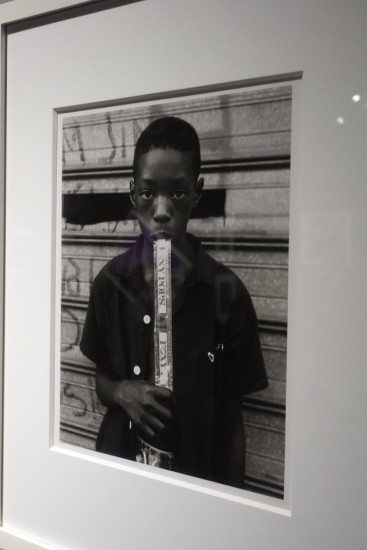 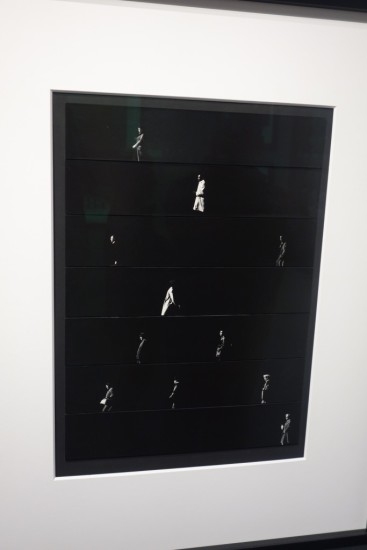 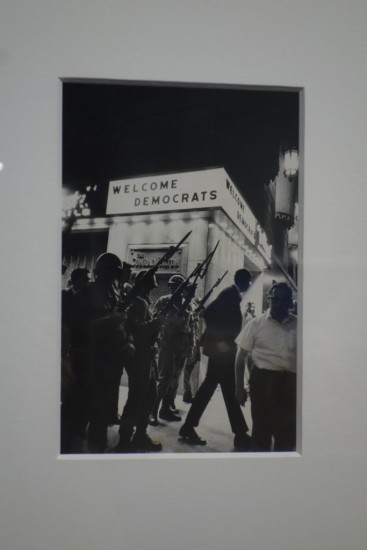 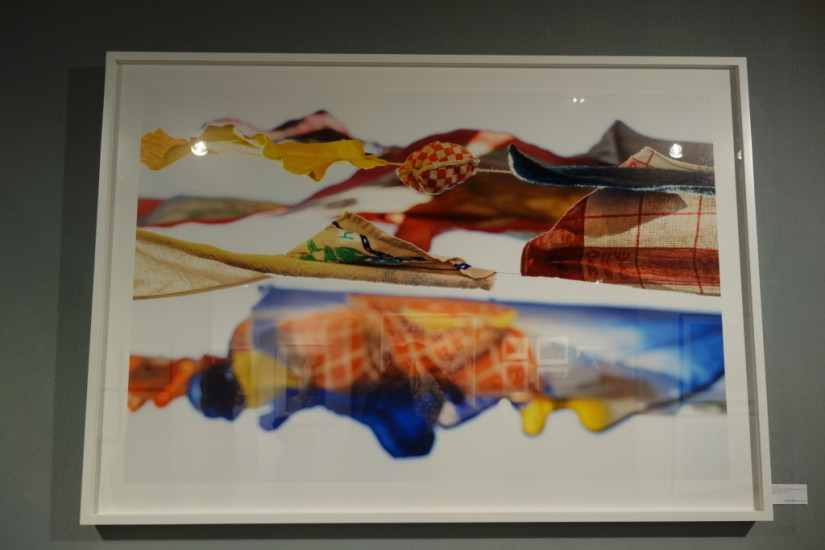 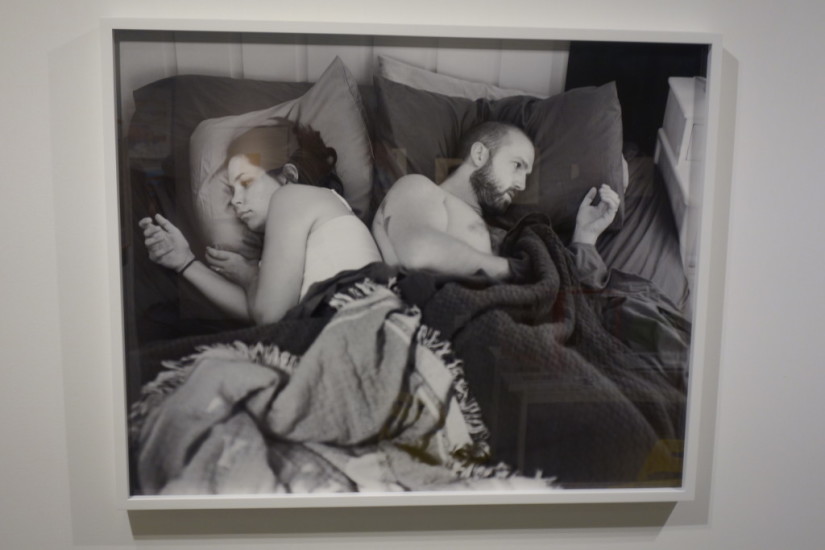 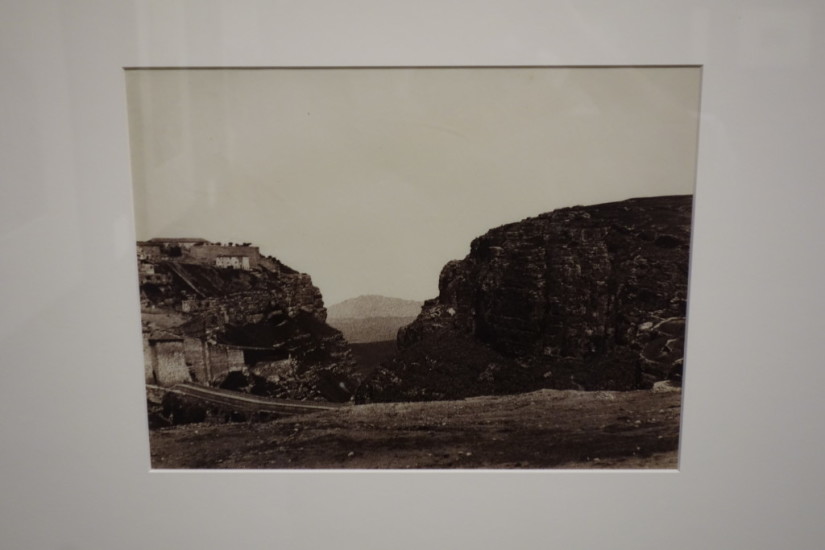 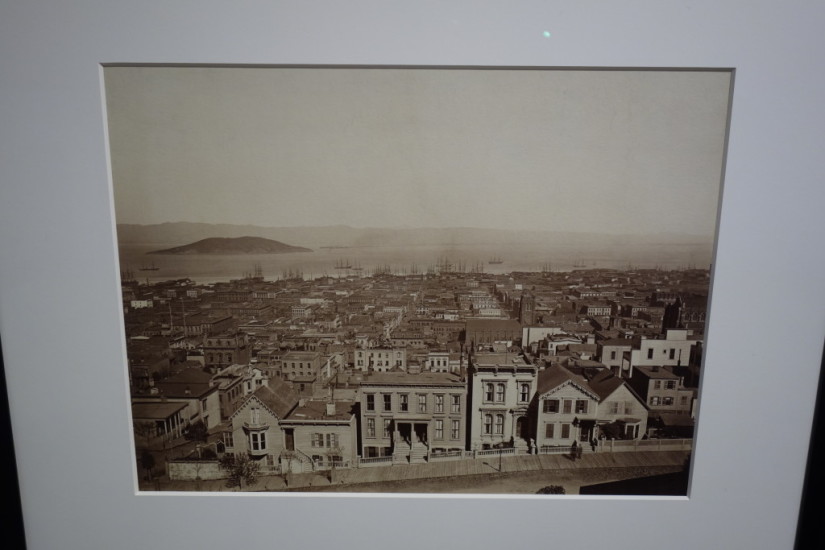 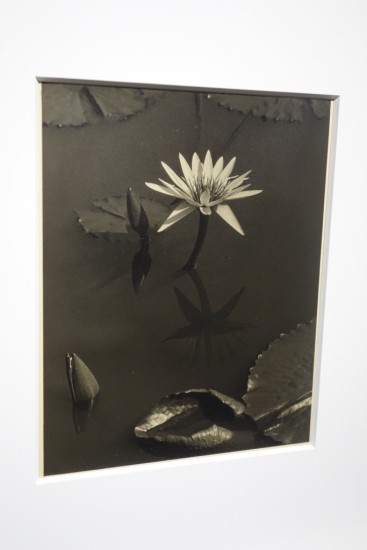 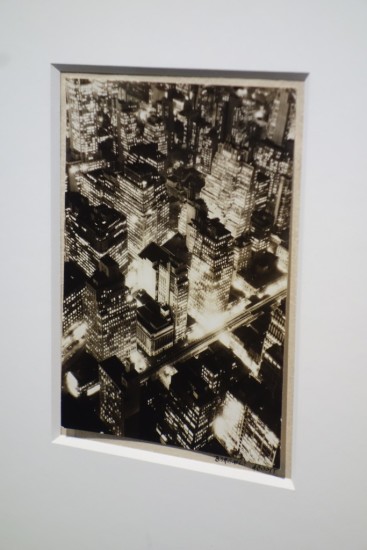 Michael Shapiro Photographs (here): This 1929 image by Czech photographer Eugen Wiškovský supposedly depicts a lunar landscape. A closer look reveals it to be an arrangement of starched shirt collars, with white points like icy peaks. Wiškovský was one of Jaromir Funke’s teachers, and it’s easy to see some commonality of obsession with the visual properties of surface. Priced at $20000.

Henry Feldstein (no website): Weegee’s distortions are a playfully innovative body of work that often gets overlooked. He was an tireless experimenter, using mirroring, kaleidoscope fracturing, and funhouse squishing and elongating to undermine his images. This stretched version of the iconic Empire State Building turns it into something resembling sharpened pencil, making the skyscraper even more long and pointy than usual. The winking irreverence of the work gives it its durable freshness. Priced at $18000.

Klompching Gallery (here): Jim Naughten’s contemporary stereoscope photographs turn a hopelessly dated dinosaur park into a candy-colored fever dream. When seen through the antique viewer, the wiggling neck of the beast seems to flop and wander. Priced at $1500.

Nailya Alexander Gallery (here): While images of the World Trade Center towers are now freighted with all kinds of symbolic baggage, George Tice’s 1979 picture hits on their elemental twinned verticality. Two rotting wooden pier posts stand in the foreground, echoed by the sleek machined towers in the distance, matching humility with grandeur in tactile platinum. Priced at $10000.

Peter Fetterman Gallery (here): Ted Croner’s expressionistic NY city lights capture the bustling energy and motion of the city with timeless verve. It’s a later print (of a 1947/1948 image), and it’s bigger than it needs to be, but it still thrums with aspirational excitement. Priced at $10400.

Catherine Couturier Gallery (here): A larger than life shadowed hand encroaches from above in this Jerry Uelsmann image from 1966, dwarfing the tiny figure at the bottom of the frame, its emanating light a kind of elemental force. Less overtly surreal than many of Uelsmann’s works, it feels steeped in natural mystery. Priced at $6000.

Lee Marks Fine Art (here): While images of the Statue of Liberty are commonplace in New York, Andrew Borowiec traces them all the way to the heartland, finding them on alley walls, in public parks, and in oddball patriotic displays all over the Midwest. The unlikely interpretations are far removed from the original, but still somehow representative of its powerful spirit. Priced at $18000 for the set of 9 prints.

Etherton Gallery (here): Chris Colville’s works use the blasts of explosive gunpowder as his light source, shining through practice range targets to create reversed exposures. Like Cai Guo-Qiang’s artworks made with fireworks, they capture the burning energy of the explosions as brown and black bursts, allowing chance and determinism to artfully collide. Priced at $15000 for the set of 9 prints.

Robert Klein Gallery (here): This image finds Francesca Woodman diving deeper into the depths of physical pain, using clothespins to pinch her bare flesh. Like much of her work, its psychology feels experimental, as though she was consciously searching for the limits of her body and mind. Priced at $95000.

Galerie f5,6 (here): This booth devoted one wall to the floral works of French photographer Charles Aubry, and this 1864 image of thistles was the finest – the specimen is crisp and prickly, and the contrasting tones emerge from a rich backdrop of chocolate brown. Priced at $9500.

ClampArt (here): These three photogram images by James Welling are an exercise in flared color layering. The same underlying blossom silhouette is used in each work, the swirling colors moving from pink and green to saturated yellow to flashes of blue on black. Each iteration opens up new emotional responses and fleeting associations. Priced at $3500 each.

Kopeikin Gallery (here): Eleanor Macnair’s iconic photographs recreated in Play-Doh have become something of an Internet sensation. They have an inherent playfulness that is initially enchanting, at which point their intricate interpretive rework starts to feel more thoughtfully conceptual. This Cindy Sherman film still is a perfect subject for Macnair – immediately recognizable, but also rooted in playacting and facades. Priced at $2800.

Stephen Daiter Gallery (here): While nearly all of Dawoud Bey’s portraits have an honest intensity of gaze that seems to look right into your soul, the composition of this 1989 image gives it even more flair. The horizontal stripes of the steel security gate boldly clash with the thin vertical line of the Foxy Pop, creating simple visual dissonance. It’s a quietly clever perspective. Priced at $5000.

Laurence Miller Gallery (here): Few photographers have employed blackness with as much consistent craftsmanship as Ray Metzker. This work (from 1967-1990) combines seven strips of walking pedestrians, each subject isolated and spotlit in a sea of impenetrable darkness. Seen together, they have a kind of musical rhythm, like the beat of metronome. Priced at $45000.

Monroe Gallery (here): Art Shay’s 1968 image from the Democratic Convention is a classic decisive moment photograph. Gun-toting soldiers with sharp bayonets pass under the brightly lit sign welcoming the delegates, the irony of the contrasting sentiments perfectly framed. Priced at $5500.

Julie Saul Gallery (here): This ripplingly colorful abstraction by Sally Gall is deceptive. It takes a moment to realize that the image was made by looking up at laundry hung on a clothesline, the twisting forms captured in the breeze. Made as an homage to Kandinsky, the colors and patterns elegantly jostle for attention. Priced at $10500.

Rick Wester Fine Art (here): The simplicity of Eric Pickersgill’s clever visual inversion is what makes it so resonant. By physically removing his subject’s smartphones, he exposes quirky behaviors and social malfunctions that initially feel jokey, but later ring surprisingly true. This image of the dead eyed stares of a couple turned back to back is quietly sad, their isolation enhanced by their devotion to their coveted devices. Priced at $5500.

Hans P. Kraus Jr. Fine Photographs (here): The layers of tonalities in this 1855 landscape by John Beasley Greene create an almost perfect spectrum. Between the rocky hills, the image seems split into striations ranging from dark to light, from the black earth to the white sky. It’s the kind of picture that seems more and more astonishing the longer you look at it. Priced at $40000.

Robert Koch Gallery (here): This 1865-1869 mammoth plate view of San Francisco by Carleton Watkins entranced me. The edge to edge detail in this picture is a wonder – from tiny business signs to three-masted schooners anchored in the harbor, each and every wooden slat and window frame seems crisp and sharp, at nearly all depths of field. A hugely impressive picture of 19th century urban density. Priced at $75000.

Edwynn Houk Gallery (here): Even though this 1918 Charles Sheeler water lily was in the gallery’s recent Modernism show, it somehow seemed different hanging in this fair booth. Without so many treasures to fight with for attention, it rose up and showed off its merits with more authority. The mirroring dark shadow caught my eye much more this time, bringing the picture into elegant balance. Priced at $175000.

Howard Greenberg Gallery (here): Berenice Abbott’s 1932 New York at Night is a revered photographic masterpiece, but this is the first time I had ever seen an intimate vintage print of the iconic night scene (this was apparently a Christmas card sent by Abbott). What’s amazing is just how totally different it is from the standard picture we all know and love – the quality of the light in this print is bold and bright, sparkling with sepia-toned intensity. Perhaps Abbott toned the light down in the darkroom as the years passed to allow more detail to show through. Regardless, this is a gorgeous photographic object, rich in history and full of vitality. Priced at $90000.