This is Part 3 of our 2016 AIPAD Photography Show summary. While it is certainly possible to enter any of our reports directly, for more general background information on the fair and further information on the structure of these slideshows, head back to Part 1 (here). Part 2 can be found here. 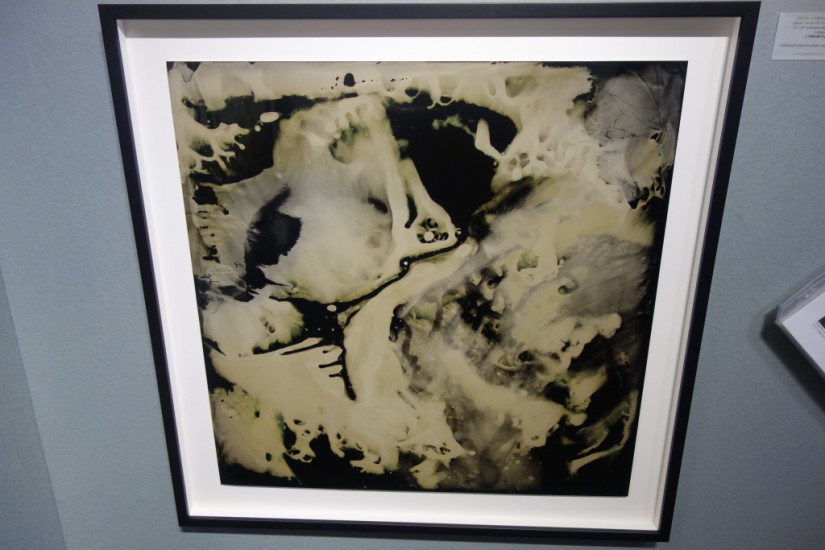 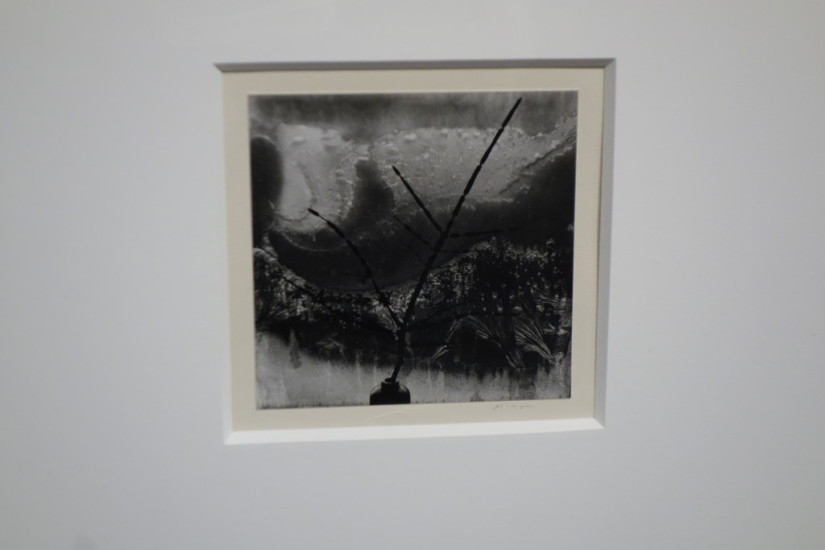 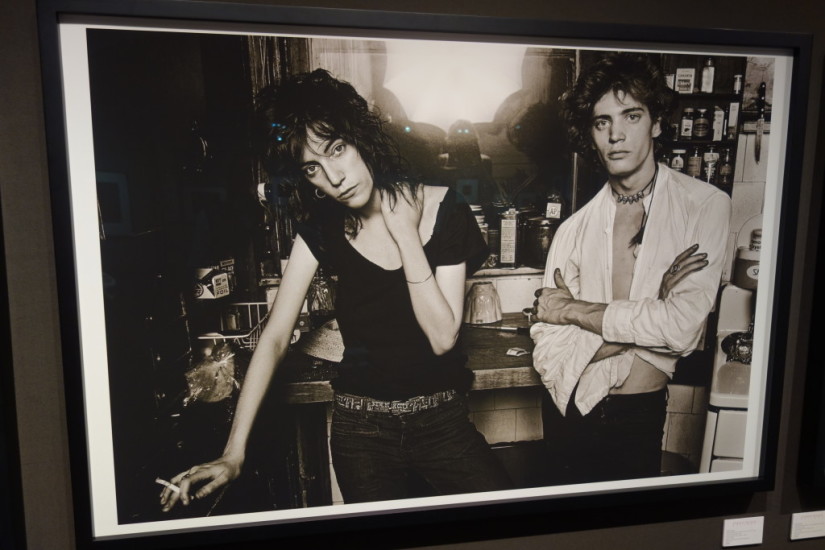 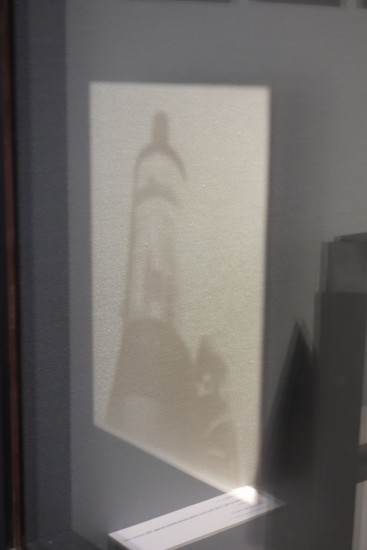 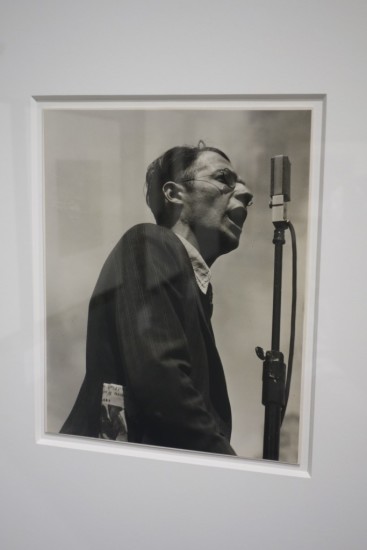 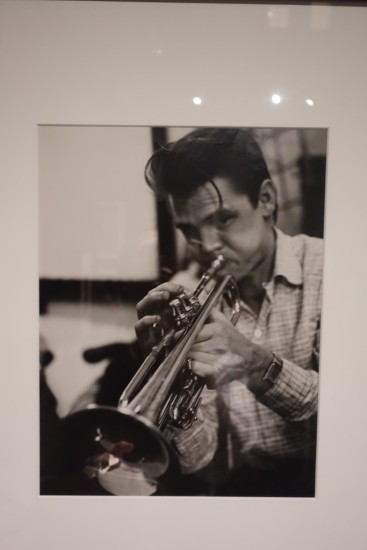 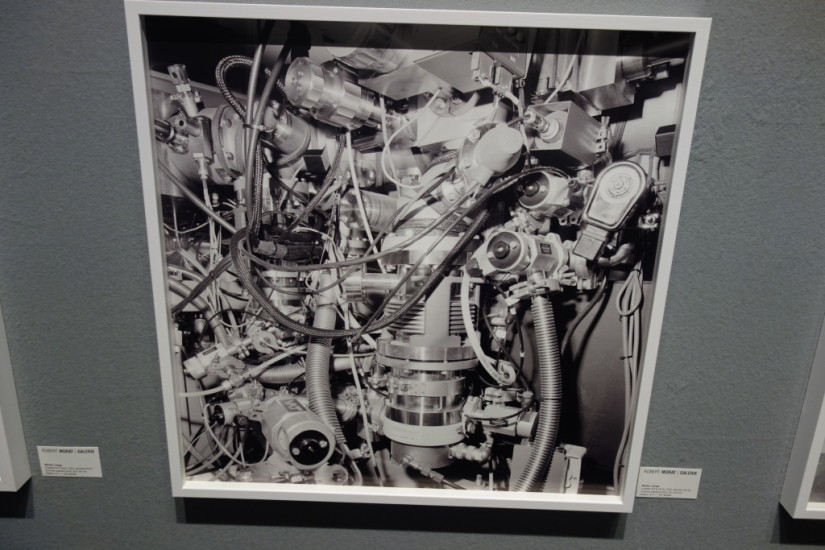 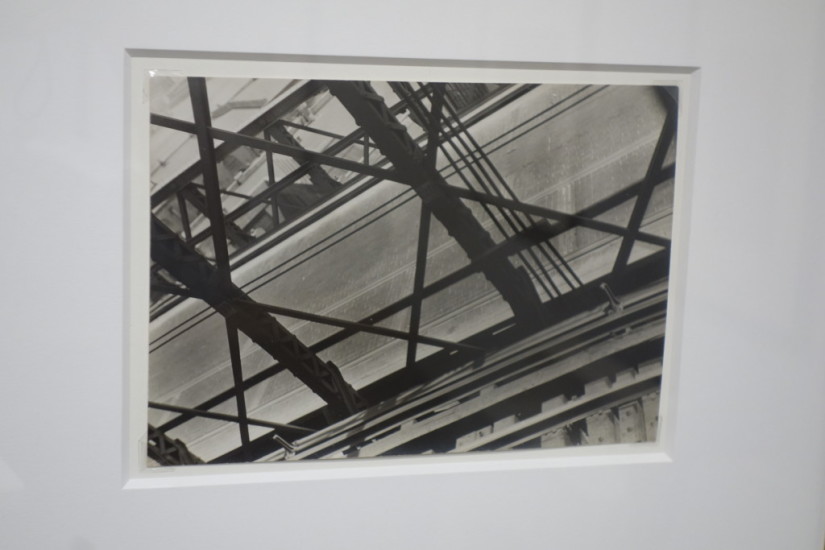 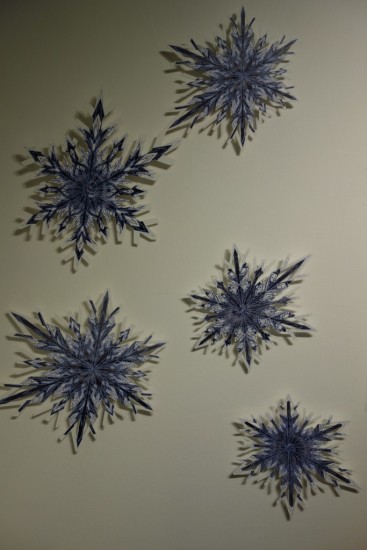 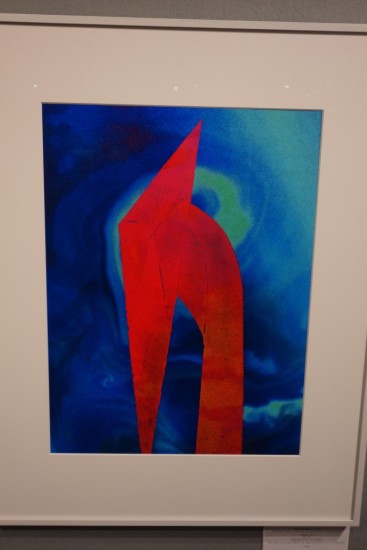 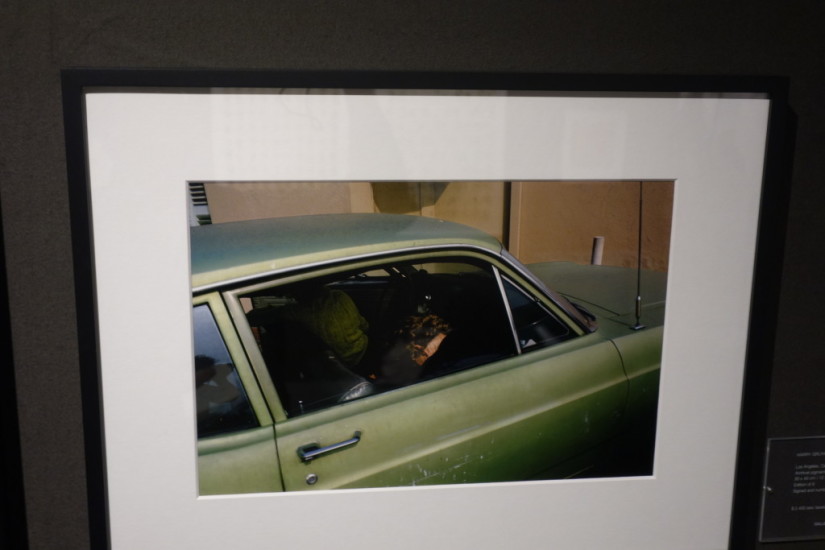 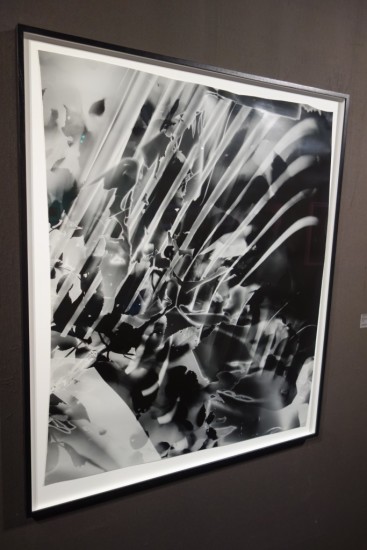 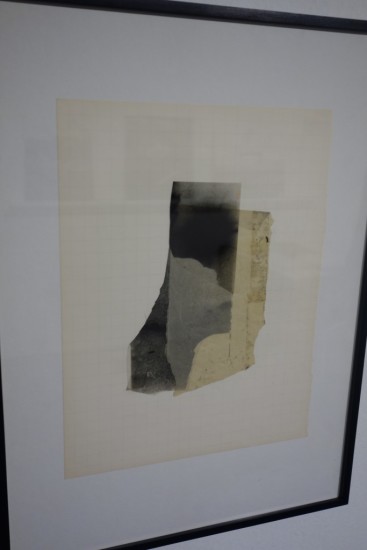 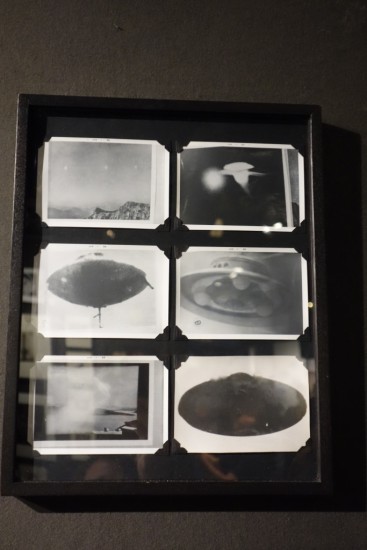 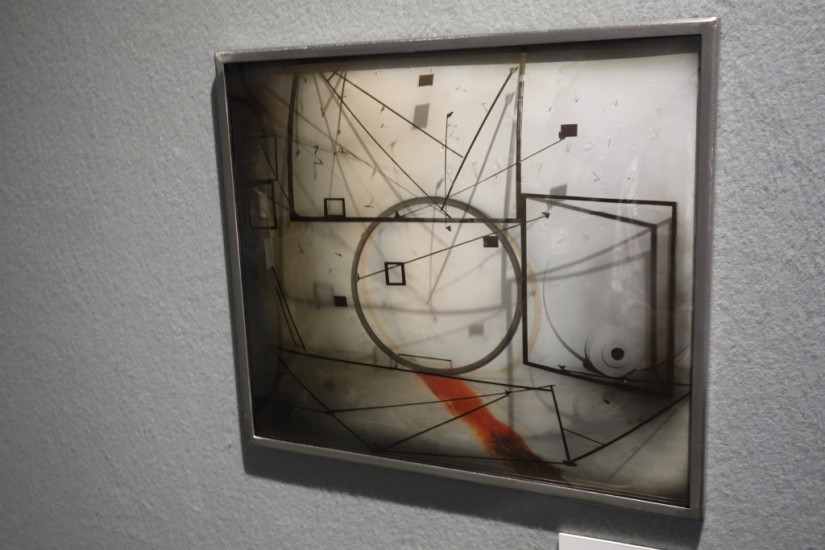 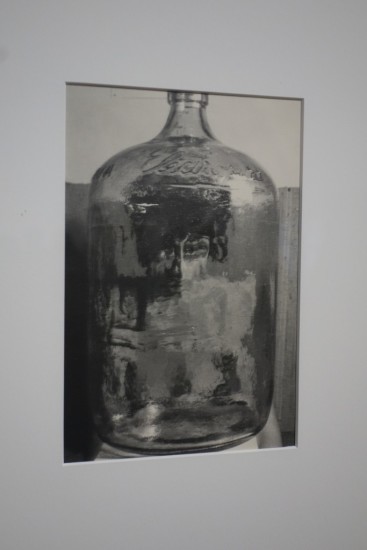 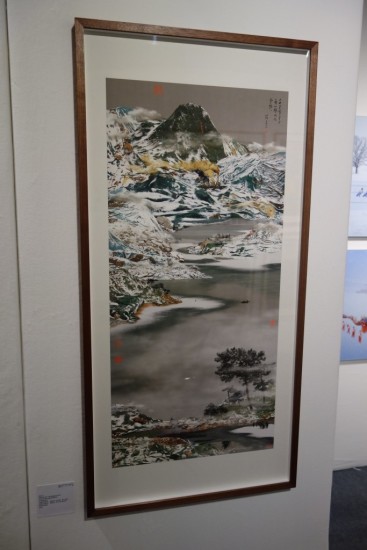 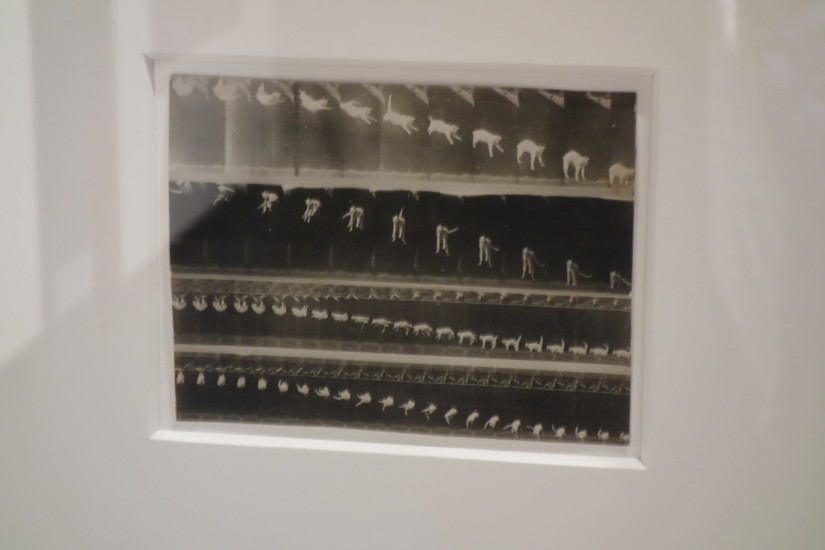 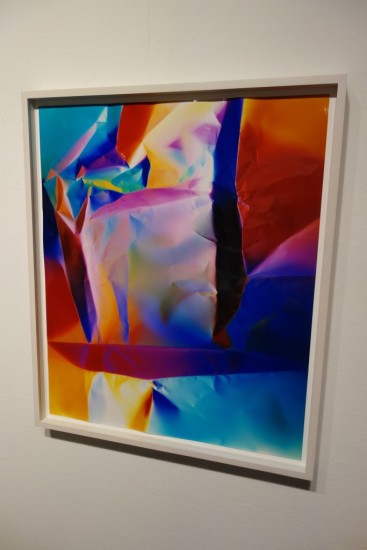 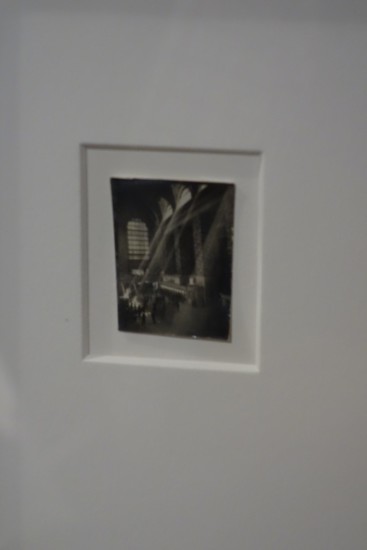 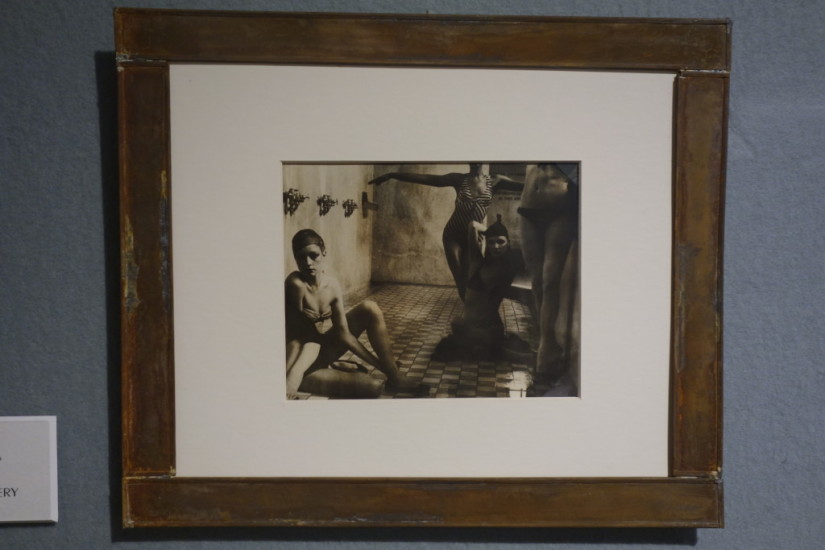 Catherine Edelman Gallery (here): While the tintype process is perhaps best known for its use in low cost hold-in-your-hand portraiture from the 19th century, Keliy Anderson-Staley’s modern tintypes extend that collodion chemistry in new directions. Here she’s moved to the improvisational messiness of wet abstraction, with drips and washes of light and dark mixing in a watery all-over dance. Unusually large at 24×24, and priced at $3900.

Scheinbaum & Russek (here): This intimate 1958 image by Minor White captures many of the photographer’s signature motifs. Ice crystals swirl on a frozen window, creating crackles that build up in textural layers, while the dark slash of a sculptural plant form arcs across the composition. It’s a picture full of attentive reverence and meditative mysticism. Priced at $6500.

Fahey/Klein Gallery (here): With the double venue retrospective at LACMA and the Getty going on now, the cult-like image of Robert Mapplethorpe is getting polished once again. This portrait by Norman Seeff goes back to 1969, when Mapplethorpe and companion Patti Smith were still struggling to get their careers started. The details are wonderfully telling: the penetrating stares, the skull necklace, the cigarette held too long, the touristy New York City belt. Priced at $8500.

Photo Gallery International (here): Takashi Arai’s contemporary daguerreotypes mix an antique process with atomic age technology. Coming out of the traumatic 2011 disaster at Fukushima, Arai has delved back into the history of nuclear war, visiting monuments and museums and making images of radioactive remnants. This work is a classic conceptual mismatch, the imposingly powerful and futuristic rockets captured in the exacting silver detail of the antiquated photographic approach. Priced at $3500.

Richard Moore Photographs (here): Dorothea Lange’s 1933 general strike speaker still resonates with authentic activist passion. The upward looking angle and the soft tonalities add a layer of respectful attention, as though we were listening to the inspiring and uplifting words ourselves. Priced at $24000.

Keith De Lellis Gallery (here): Bob Willoughby’s 1953 portrait of Chet Baker feels alive with muscular action. The combination of the clenched hand, the puffed cheeks, the invasively positioned trumpet, and the stylized wisp of fallen hair make for a memorably engaging slice of personality. Priced a $5000.

Robert Morat Galerie (here): This booth was solo presentation of the work of Mårten Lange. In this image, a tangle of technology seems to explode with all-over shininess, the tubes, connectors, and machinery crammed into a chaotically dense puzzle. It combines the impressive with the impossibly complicated, documenting the place where science becomes heroically mystifying. Priced at $2500.

Lee Gallery (here): Nearly all of the early (1928/1929) Walker Evans prints I have ever seen have been postage stamp sized, just a few inches on a side. But this tilted Brooklyn Bridge abstraction is much larger, allowing us to see the glory of Evans’ crisp spatial management. A vintage treasure to be sure, and priced at $48000.

Paci Contemporary (here): These Sandy Skoglund snowflakes are part of an upcoming winter series. With human and animal eyes at their centers, they extend outward in overlapped layers of drawn geometries. UV prints on aluminum, priced at $3500 and $4500, based on size.

L. Parker Stephenson Photographs (here): While the photographs in the 1965 photobook Chizu (The Map) are almost certainly Kikuji Kawada’s best known body of work, recent images, made some four decades later, show Kawada continuing to innovate. This 2011 image combines the swirling colors of a television weather map with a bold roadway arrow, merged together via digital sandwiching and manipulation. Its energetic, saturated color seems to jump right off the wall, with ominous effect. Priced at $5000.

Fifty One Fine Art Photography (here): Seeing Belgian photographer Harry Gruyaert’s 1980s color images inevitably leads to a further discussion of the relative merits of the European and American strands of early color photography. This image, with its luscious green car and echoing green sweater, fits well with smartly composed color studies from both sides of the ocean. Priced at $2450, for modern prints.

Von Lintel Gallery (here): This large scale photogram by Floris Neusüss has plenty of visual drama. While ghostly vegetal forms swim in and out of the shadowy background, it’s the frenetically slashing white lines that seem to overrun this composition, pulsating with vibrant energy. It’s the opposite of most carefully controlled photograms, living right on the edge of wildness. Priced at $24000.

Grundemark Nilsson Gallery (here): Henrik Stromberg’s collages seem to document specific places, interleaving scraps of topographic maps, tracings, and photographs. But with each succeeding layer, his compositions become less deterministic and more obscure. That deliberate uncertainty is worth thinking about further. Priced at $3400.

Winter Works on Paper (here): There is always something refreshing about the unassuming photographic variation found in this booth. What’s not to love about a typology of ingeniously faked UFO hoaxes? From discs in the sky to inexplicable flashing lights, they tap into our fascination with the unknown, playing on our trust of photography. And as evidence of divergent photographic thinking, they’re serious fun. Priced at $850.

See+ Gallery (here): Innovative process experimentation is an integral part of the history of photography, so new ideas in this area are always worth a look. Gabriela Morawetz’ work puts silver emulsion on curved convex glass, with a second pigment print underneath. When light shines through the top layer, it casts bent shadows, which echo and distort the original geometric imagery and layer over the picture below. The larger idea of the composition changing depending on the angle of the light around it opens up some intriguing possibilities. Priced at $3500.

Throckmorton Fine Art (here): This 1962 behind-the-bottle self portrait captures the surreal side of Kati Horna’s personality. Bubbled and distorted, we see her through a veil of fissures, both visible and hidden. Priced at $20000.

798 Photo Gallery (here): Yao Lu’s scroll-like landscapes made of building materials and construction netting continue to catch my eye. Even though I have seen other examples before, the conceptual transformation going on between ugliness and beauty keeps me coming back. Belching factories and perp-walked prisoners blend into the lyrical landscape, undermining and commenting on its historical allusions. Priced at $11000.

Baudoin Lebon (here): Tucked into a side corner of this booth, this energetic 1894 Étienne-Jules Marey motion study should keep the cat lovers happy. The severe acrobatics of leaps and startled jumps are captured in astonishing stop motion detail, with more vivacity than Muybridge. Priced at $38000.

M+B (here): These eye-popping new works by Ellen Carey start with pre-folds and crumples, which are then iteratively unfolded and exposed in sequence. The results are boldly colorful and abstract, full of shifting gradients and crinkled combinations. Priced at $6000.

Alan Klotz Gallery (here): These tiny prints by Alexander Artway hit all the classic views of New York, including shafts of light streaming into the interior of Grand Central. Even clichéd images like this one still feel timeless when seen in authentic vintage form. Priced at $1200.

Staley-Wise Gallery (here): Deborah Turbeville’s bath house models feel gritty and atmospheric in this 1975 work, the sepia toning and the rusty metal frame adding to the moody look. I like the unbalanced composition and uneven light, pushing our attention around to the variously cropped bodies. Priced at $5000.

Continue to Part 4 of this summary report here.