This is Part 2 of our 2016 AIPAD Photography Show summary. While it is certainly possible to enter any of our reports directly, for more general background information on the fair and further information on the structure of these slideshows, head back to Part 1 (here). 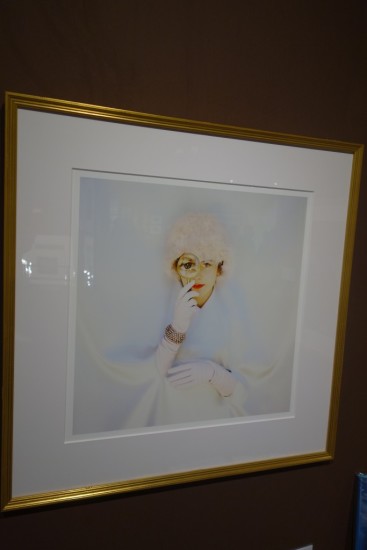 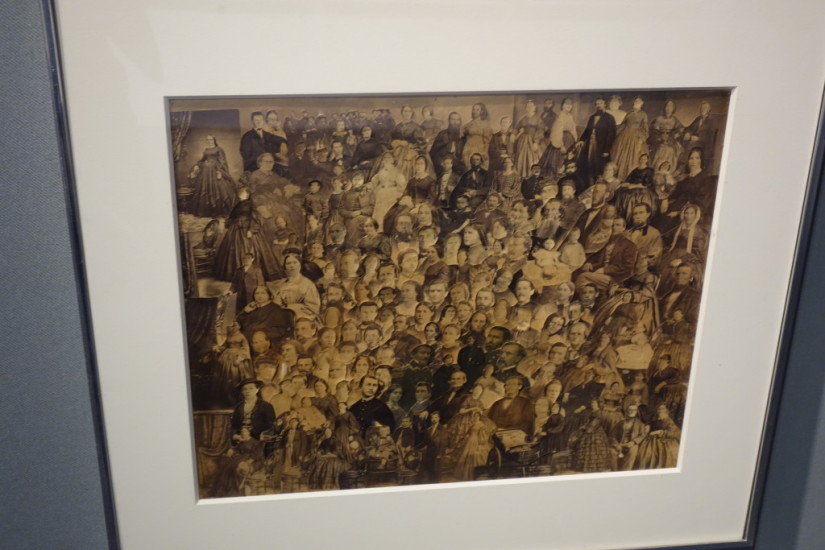 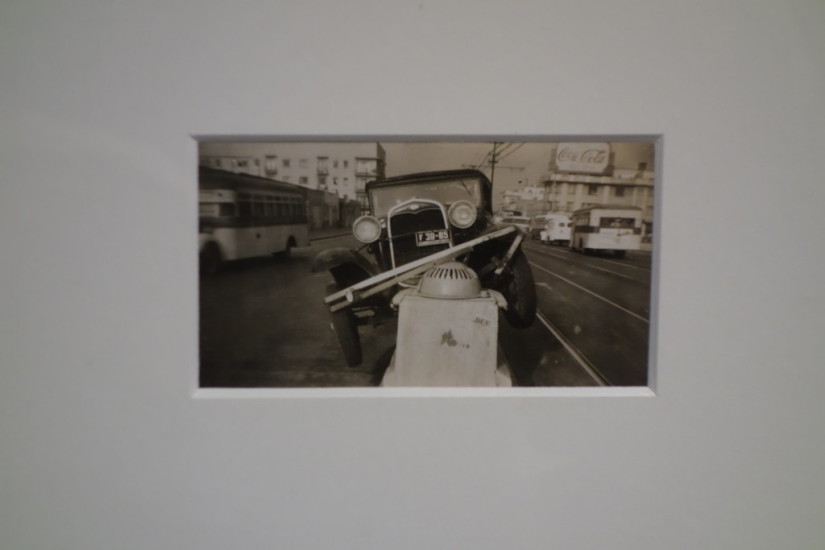 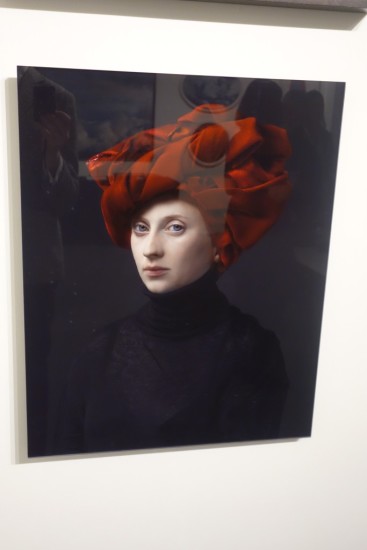 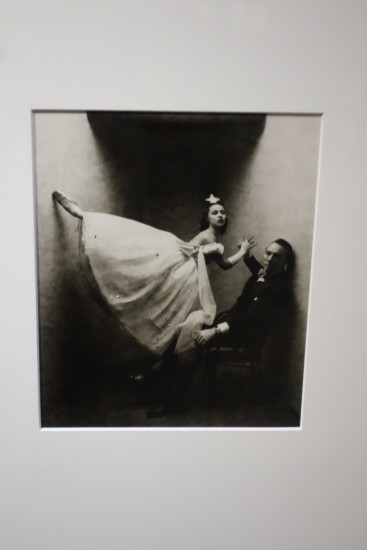 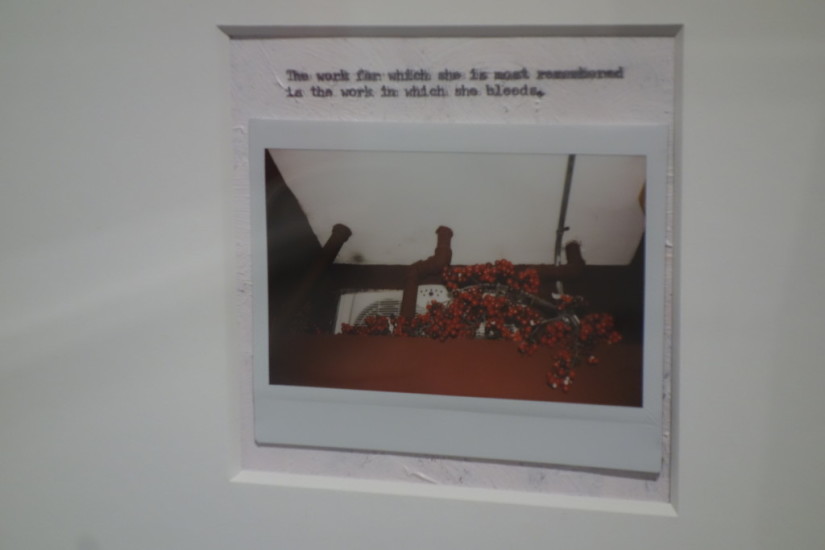 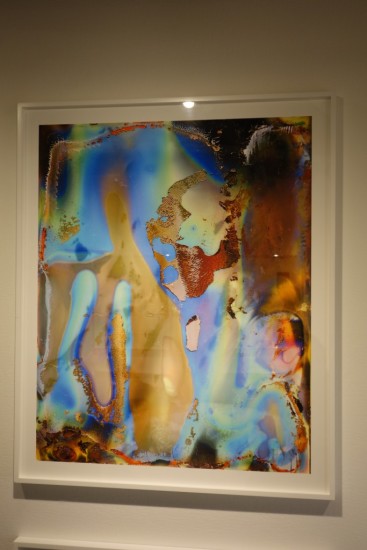 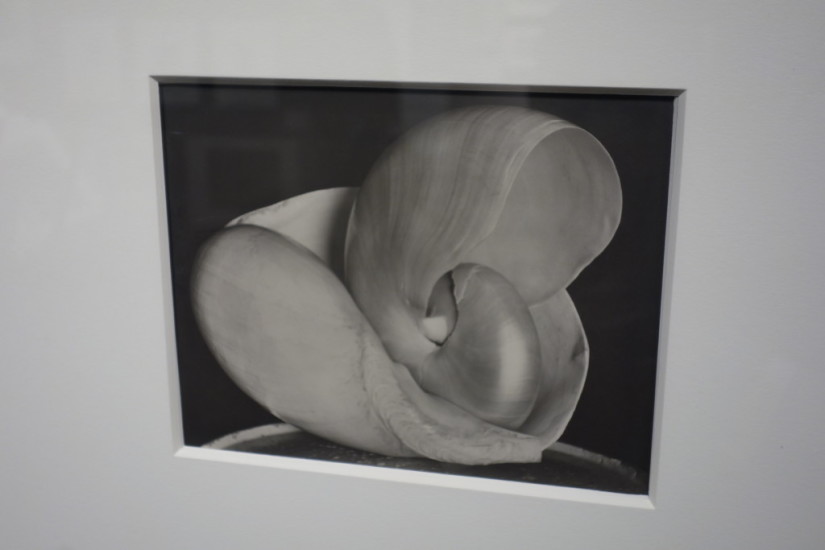 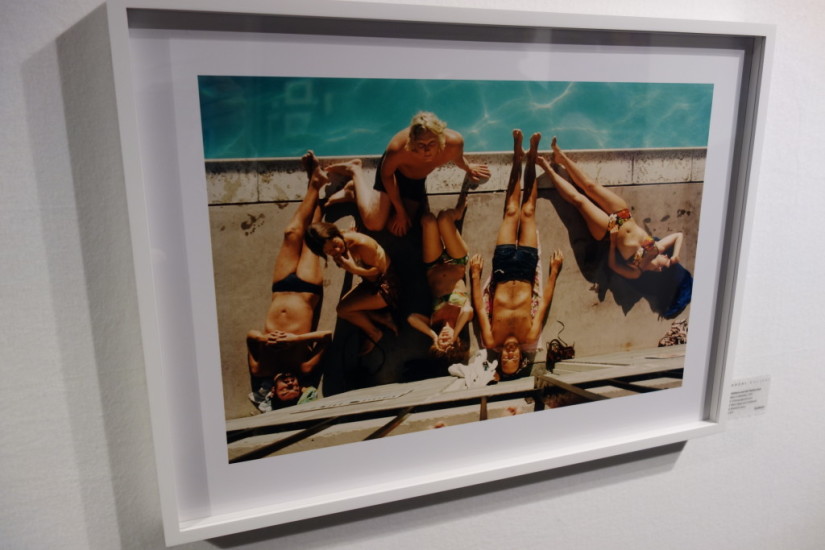 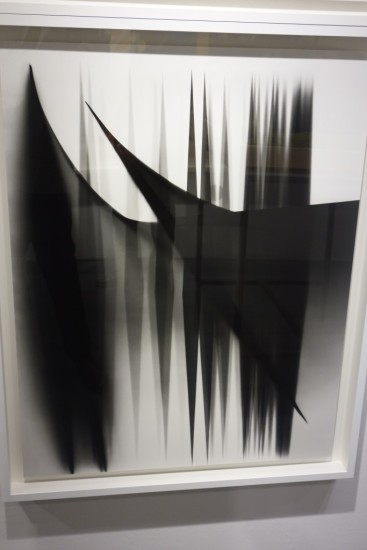 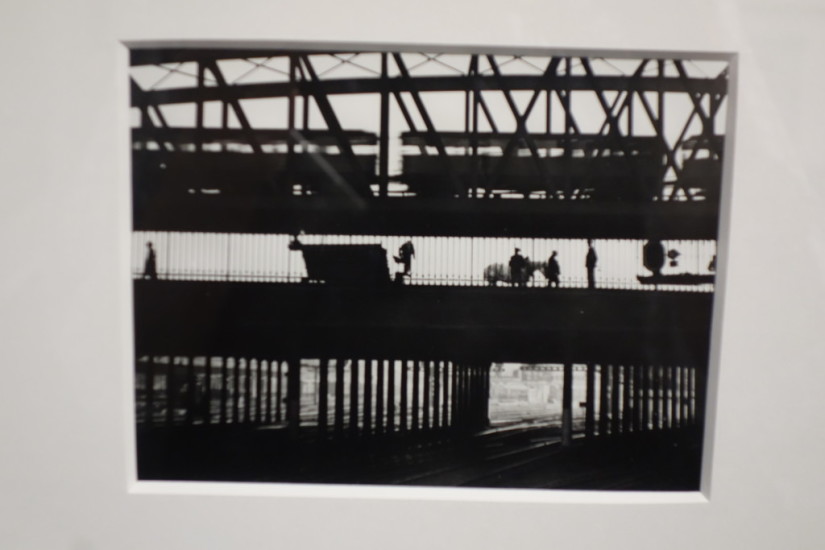 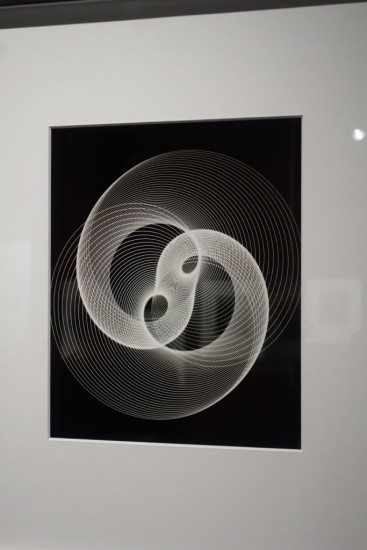 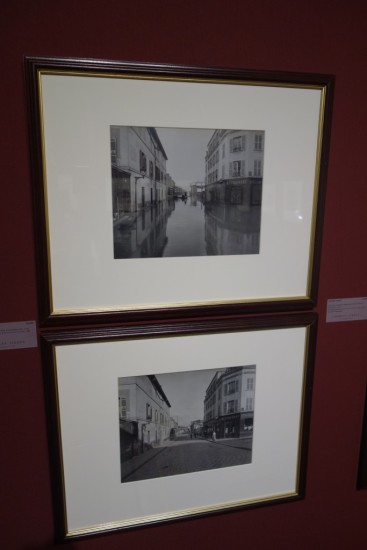 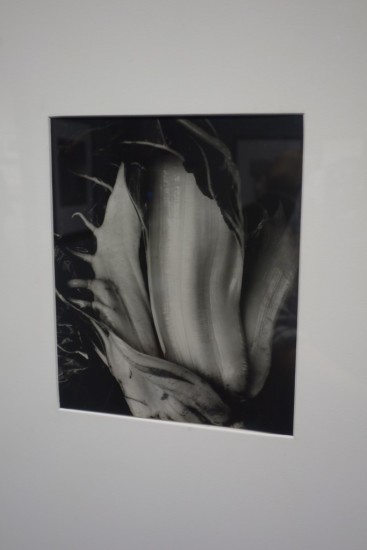 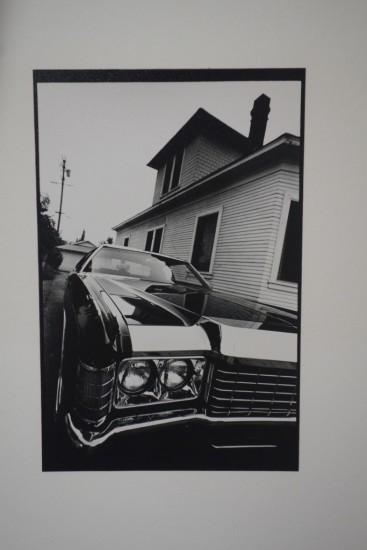 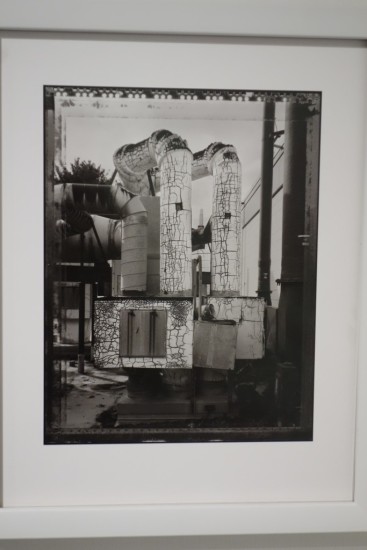 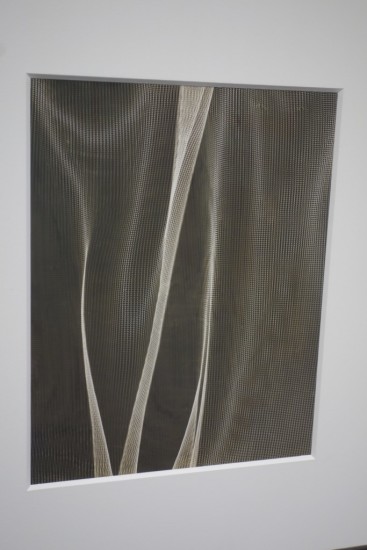 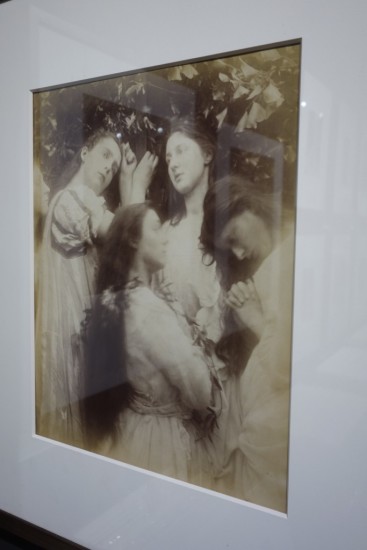 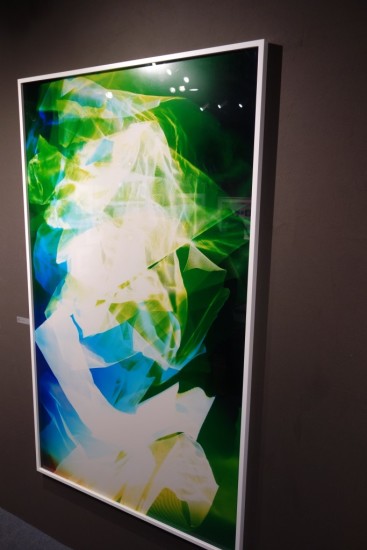 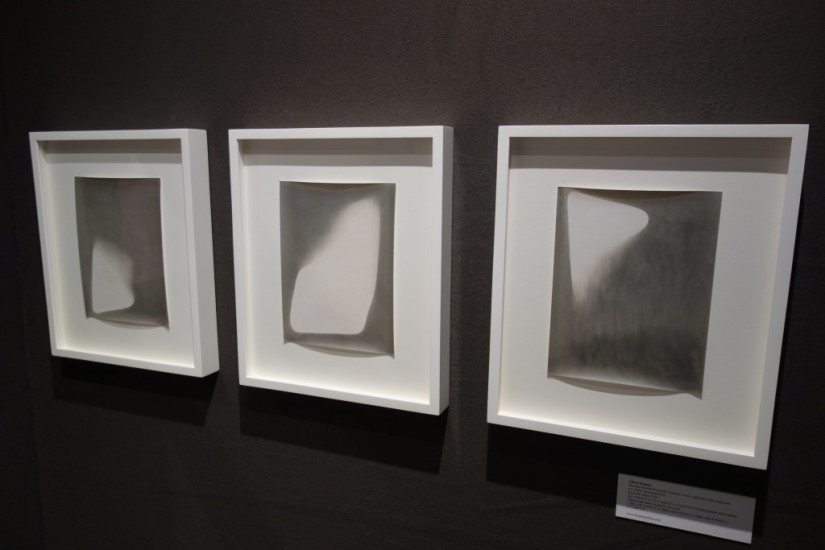 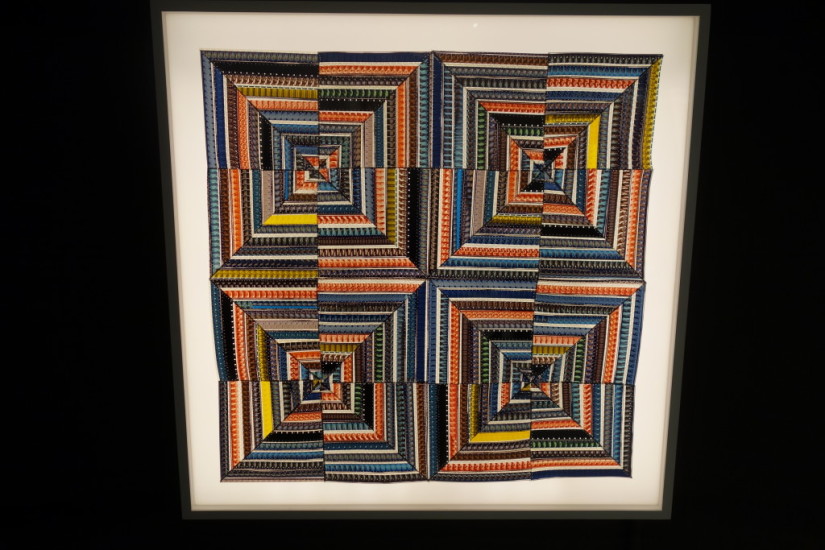 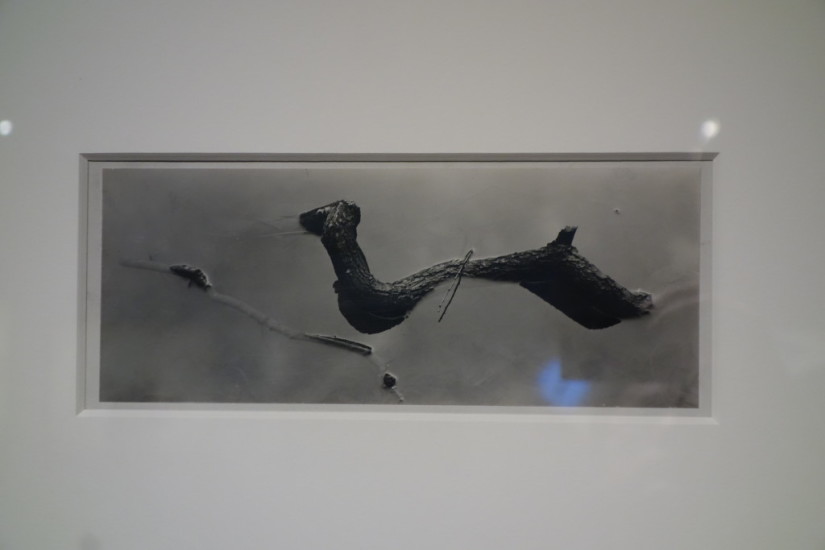 Verve Gallery of Photography (here): Aline Smithson’s portrait with magnifying glass employs a classic attention-grabbing trope successfully. The big-eyed enlargement feels stylistically right at home with the fur hat, the white gloves, and the glimmering bracelet, distracting us from the oddity of the dress that isn’t a dress. Priced at $2700.

Gary Edward Gallery (here): This anonymous 1860s collage is a sea of heads, creating the appearance of a dense crowd from dozens of individual portraits. It’s an overstuffed pile of patriotic supporters, using scissors and glue to gather the masses, every face an individual. Priced at $4500.

Patricia Conde Galeria (here): Before Enrique Metinides became a famous photojournalist covering the local disasters of Mexico City, he was a teenage shutterbug. This early vintage image shows the beginnings of his lifelong interest in crashes and accidents, the car precariously perched on the median. Priced at $10000.

Danziger Gallery (here): While Hendrik Kerstens has been using much the same visual formula for many years now, his ability to execute it with clear-eyed elegance has been remarkably consistent. This new work finds his daughter wearing a twist of red fabric with a frayed edge, the humble material transformed into a richly tactile turban. The lush folds become an grandly ornate pile, balanced by the pared down blackness of the rest of the composition. Priced at $14000.

Halsted Gallery (here): This Irving Penn corner study from 1947 pairs prima ballerina Maria Tallchief and esteemed choreographer George Balanchine. The interlocked hands and the sweep of her leg somehow shoehorn the essence of ballet into the constrained space. Priced at $25000.

Jenkins Johnson Gallery (here): Rin Johnson’s Polaroids are smartly paired with algorithmic haikus constructed from words drawn from the New York Times. The seething red berries and pipes in this image seem fittingly paired with “The work for which she is most remembered is the work in which she bleeds.” Priced at $500 for one, or $9000 for the full set of 20.

Harper’s Books (here): The process behind Daisuke Yokota’s abstractions is difficult to unpack, but that doesn’t make his pictures any less engaging. Made from layers of sticky sandwiched negatives and thick chemical washes (the results ultimately scanned and enlarged), the resulting images feel full of fragmentary residue and abstract remnants, piled up in colorful improvisational swirls. This work has a delicate combination of misty background blue and crunchy surface detail. Priced at $4200.

Scott Nichols Gallery (here): It’s hard not to be seduced by the soft glow of these Edward Weston shells. The contrast of white and black in this image is given a silky burnished sheen, the formal lines of the shell edges creating a graceful array of swooping curves. Priced at POR.

HackelBury Fine Art (here): William Klein’s black on white reversed photograms from the 1950s aren’t new to the photo fair circuit, but their bold energy continues to keep them fresh. Their wispy dots and slashes pile up in stuttering geometries, like angular hanging veils. Priced at $18000.

Galerie Esther Woerdehoff (here): This 1949 image by Réne Groebli is wonderfully structured. Train tracks below, criss-crossed bus lanes above, and a striated pedestrian bridge in the middle make for a layer cake of strict geometries. Priced at $3200.

Kicken Berlin (here): If you ever played with a spirograph as a kid, these impressively detailed rotating turntable light constructions by Peter Keetman from 1950 should give you a dose of scientific nostalgia. Up close, these pictures are extremely sharp, each minute white line carved into the darkness with exacting precision. Priced at $8800 and already sold.

Charles Isaacs Photographs (here): Pairs of images from the Paris flood of 1910 filled one wall of this booth, each one a perfectly composed wet and dry contrast. While the position of the restaurant on the corner stays the same, the unknown photographer documented a boat poling across the street on top, later replaced by pedestrians on the sidewalk. The controlled execution of the before/after time lapse is almost conceptual. Priced at $8500.

Michael Dawson Gallery (here): Once again, we find Edward Weston reveling in intimate texture. This Chinese cabbage is slippery, its organic veins and curvatures gently bending across the surface, with tiny highlights bouncing off the sensual flesh here and there. Priced at $125000.

Joseph Bellows Gallery (here): The crispness of the contrasted shine on this 1974 car front by Gusmano Cesaretti is simply dazzling. Printed on paper with a hint of sparkle, the distorted view of the hood and grill seems to extend indefinitely, the striated siding of the house doubling the stretch. It’s a work that mixes technical mastery and gritty LA cool. Priced at $8000.

Janet Borden (here): This booth was a symphony of small prints, from works by Jan Groover and Martin Parr to an overpainted Richer and a surprisingly diminutive Esser. A recent series by S.B. Walker is built on a thoughtful conceptual doubling – making Polaroids of the now defunct Polaroid factory. This image deftly marries the crackled paint of the massive tubes with the residue of the photographic process. Priced at $1200.

Gitterman Gallery (here): Josef Breitenbach’s 1946 still life of mesh is a controlled exercise in the properties of light as applied to texture. Highlights glint off the edges of the rippled grids, each fold either in shadow or shine, seemingly every individual strand captured with intense fidelity. It’s a picture that rewards nose-to-the-frame inspection. Priced at $8500 and already sold.

Vintage Works (here): The swirling motion of this 1874 image by Julia Margaret Cameron is what makes it so successful. Each quietly pensive face looks along a different plane and in a different direction, the sweeps of wavy hair and white dresses left to artfully blur. Priced at $35000.

Yancey Richardson Gallery (here): There is a time-shifted parallel to be made between this large scale Bryan Graf mesh photogram and the Josef Breitenbach image in the Gitterman Gallery booth nearby. Graf’s work is equally precise in its characterization of the textural folds, but it quickly evolves into a densely crumpled study of shifting abstract color. The blue/green/yellow combination is soothingly supple, with blasts of forefront white helping to define depth. Priced at $17500.

Stephen Bulger Gallery (here): This triptych finds Alison Rossiter experimenting with new techniques. While many of her other works have been made with dipping and pouring, creating relatively hard edges of color, in these images, she gently floated the paper in the chemicals, allowing pockets of air to form between the paper and bath. The result is areas of pure white that turn cloudy toward the dark edges. The mottled softness of the in-between areas is delicately ghostly. Priced at $13500 for the set of 3.

Yossi Milo Gallery (here): Sabrina Gschwandtner’s lightbox quilts are constructed from reprocessed strips of 16mm film. Drawn from the decades old archives of the Fashion Institute of Technology, each strip captures snippets from teaching films, with hands in motion or techniques being explained, often in bold color. These fragments were then organized and stitched into intricate geometric quilt patterns, adding another layer of unique object-quality craftsmanship to the conceptual framework. Priced at $16000.

Charles A. Hartman Fine Art (here): This Harry Callahan image from the 1940s was one I hadn’t ever seen before. The branches in the water cast crisp black shadows, and the sticks underneath the surface come forth with surprising transparency. It’s almost calligraphic in its sinuous simplicity. Priced at $18000.

Continue to Part 3 of this summary report here. Part 4 can be found here.