This is Part 3 of our 2015 AIPAD Photography Show New York summary. While it is certainly possible to enter any of our reports directly, for more general background information on the fair and further information on the structure of these slideshows, head back to Part 1 (here). Part 2 can be found here. 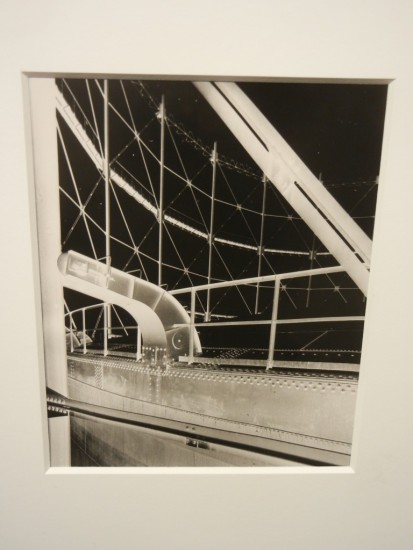 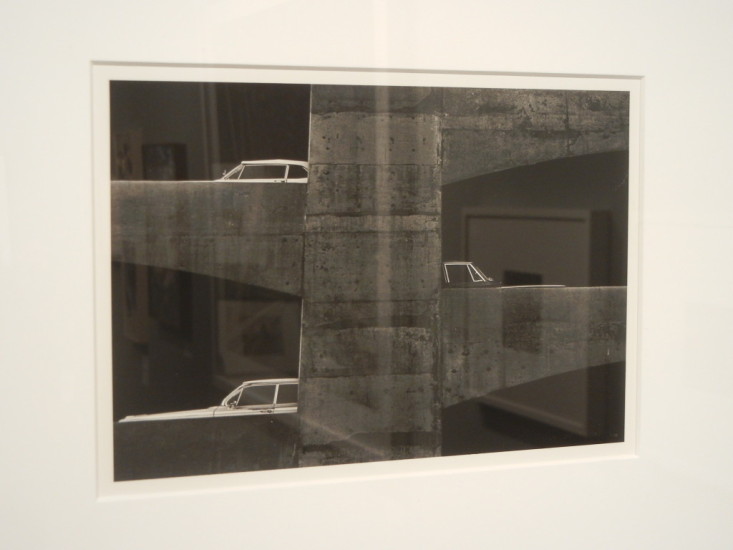 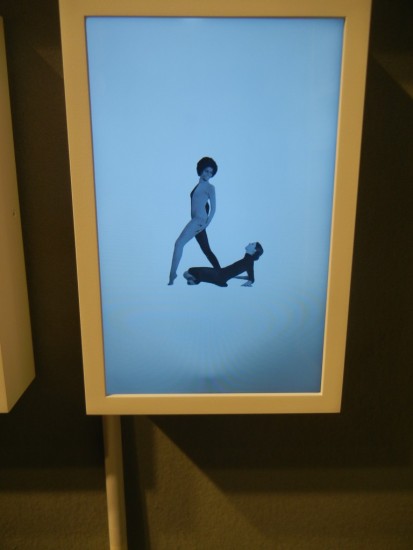 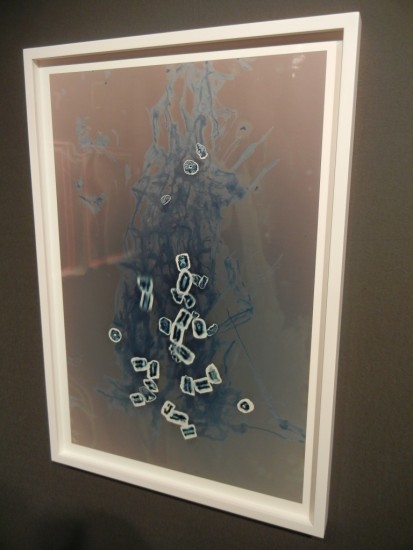 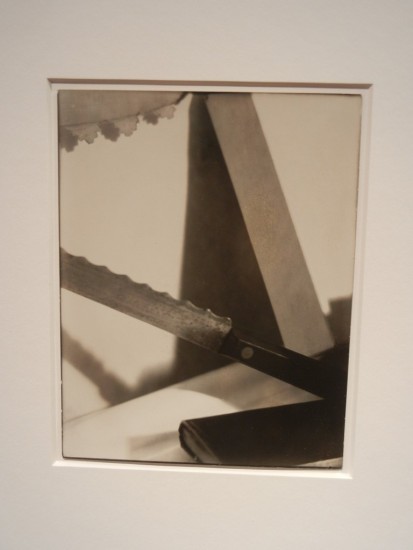 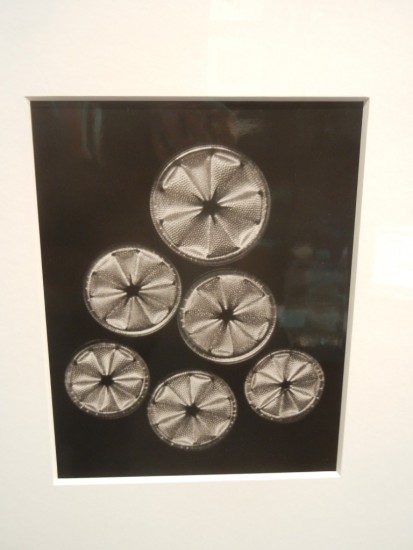 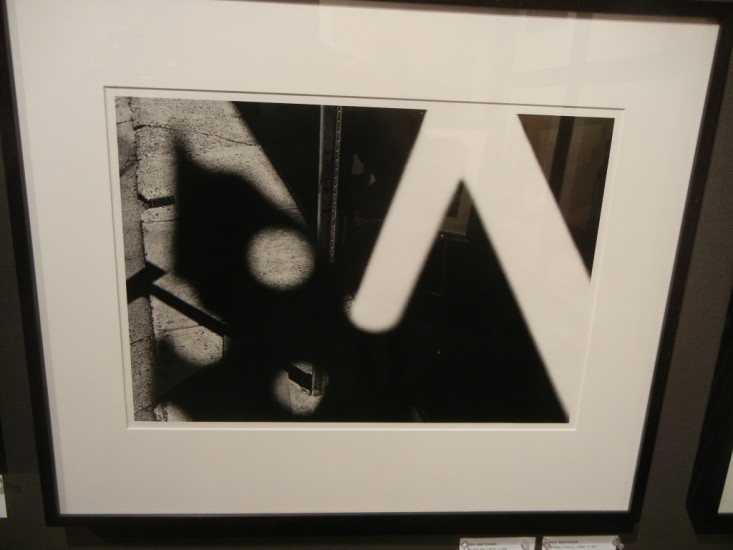 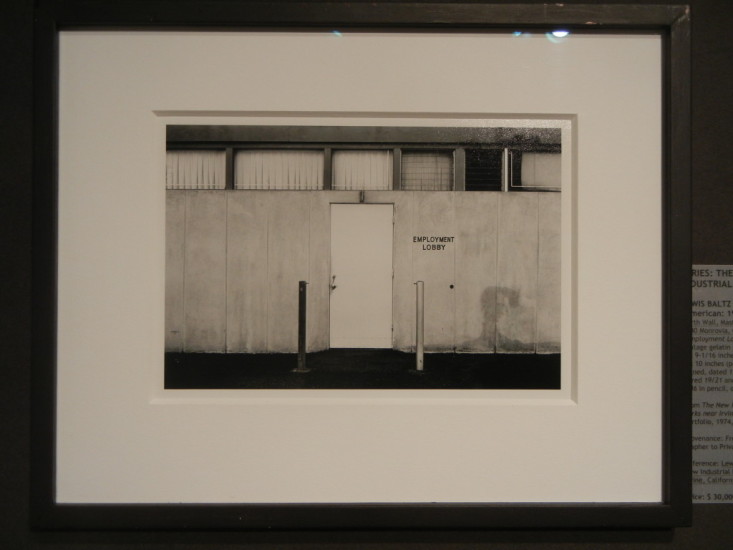 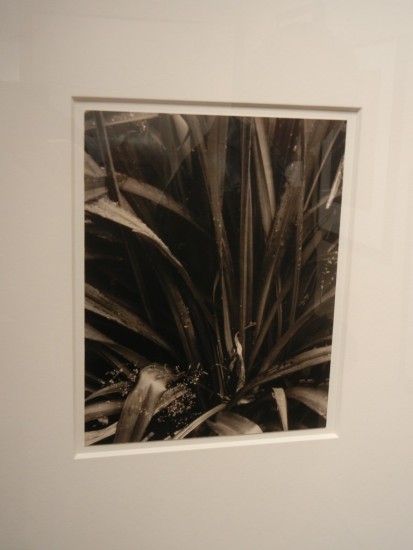 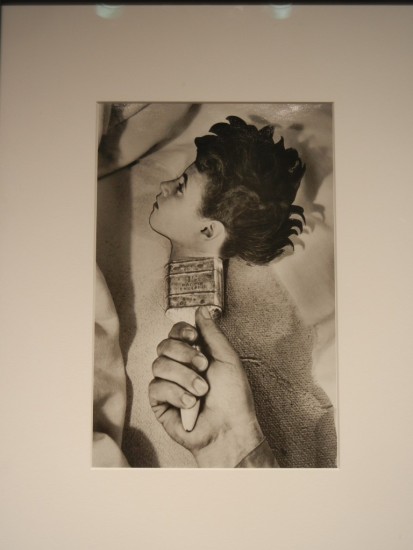 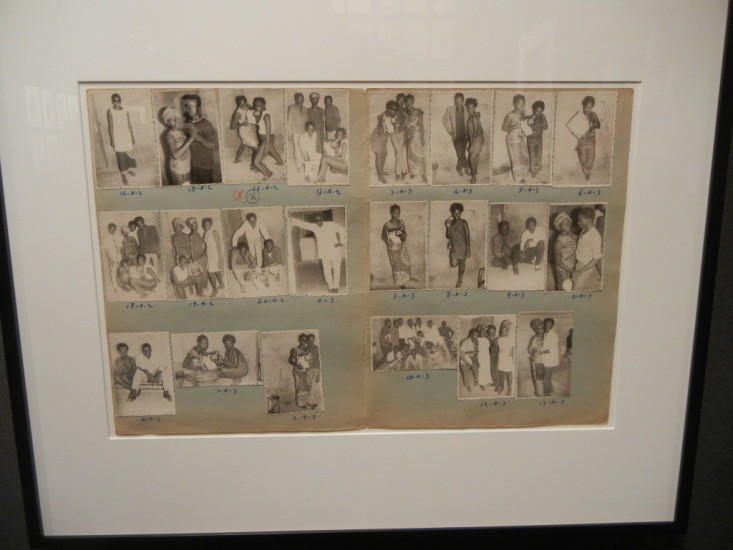 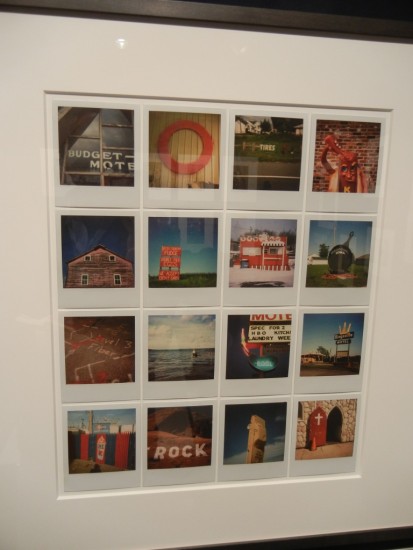 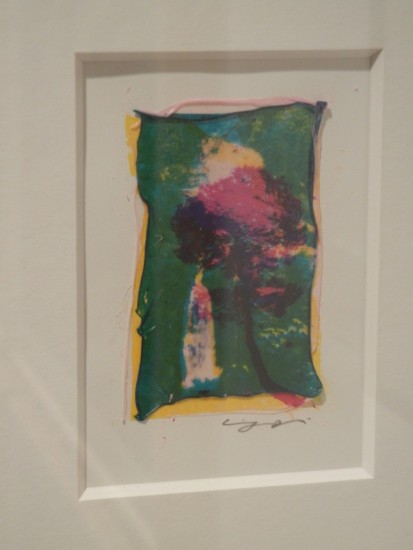 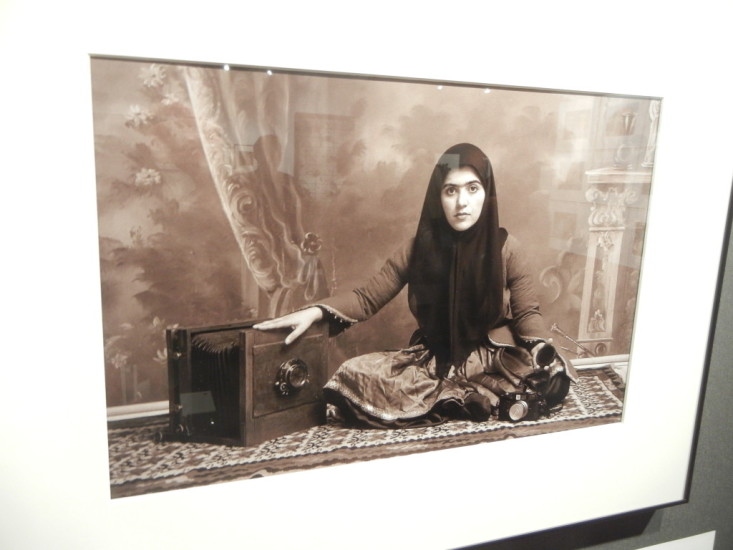 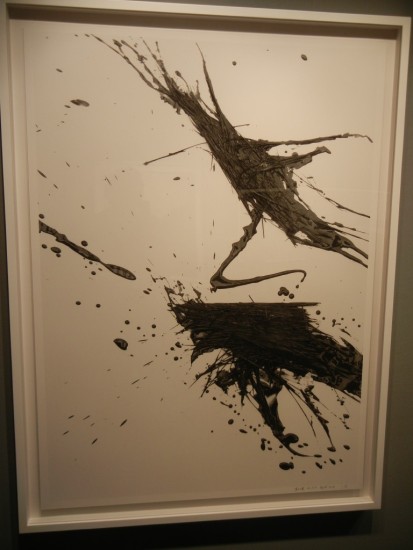 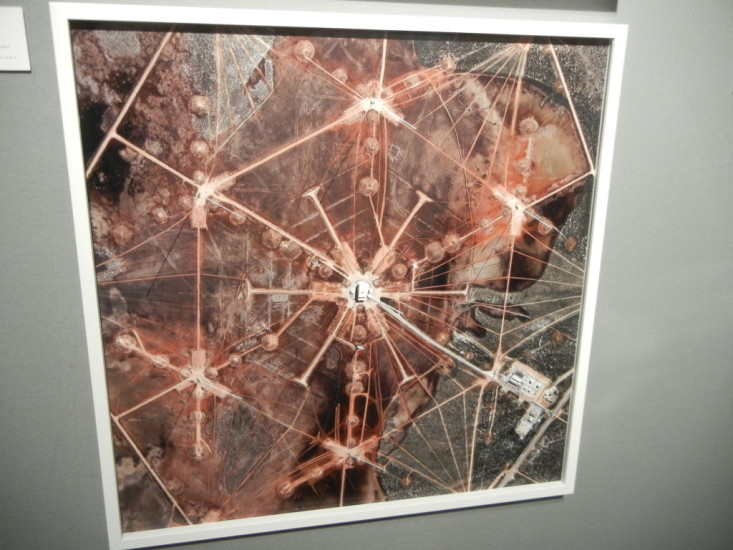 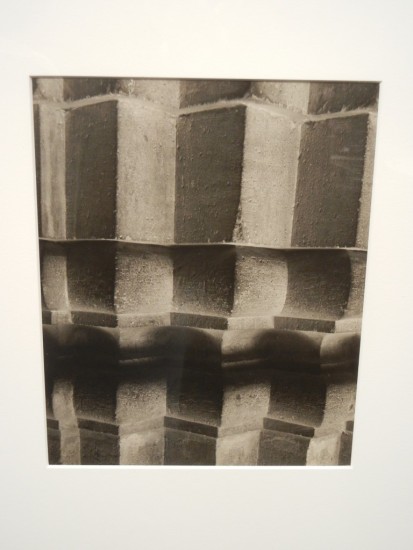 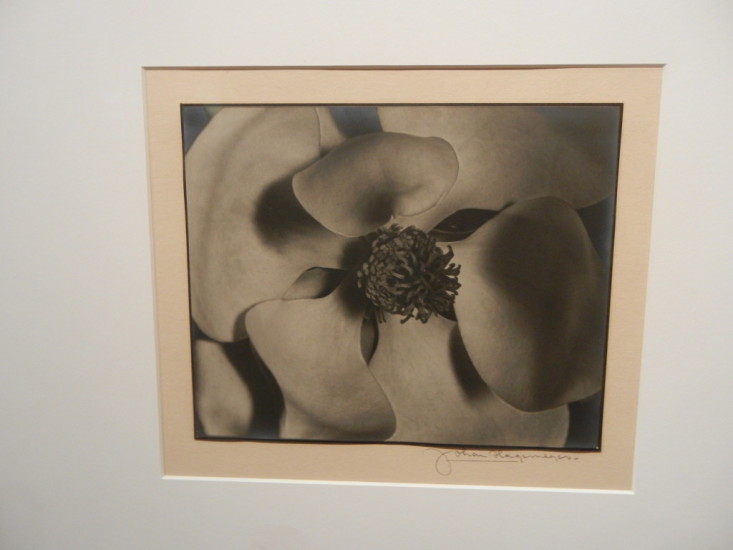 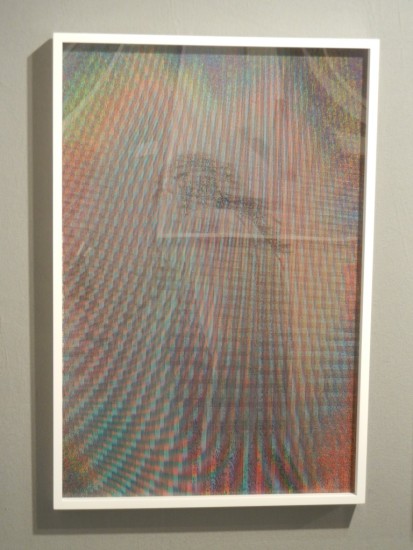 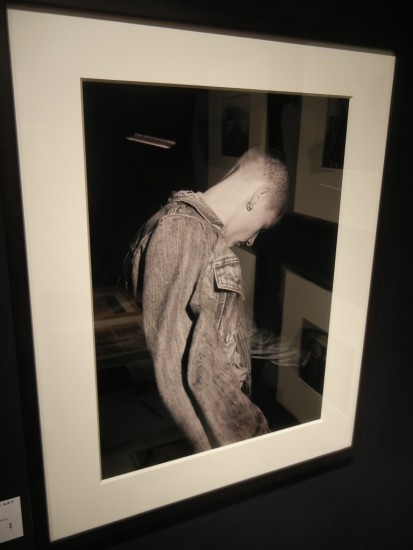 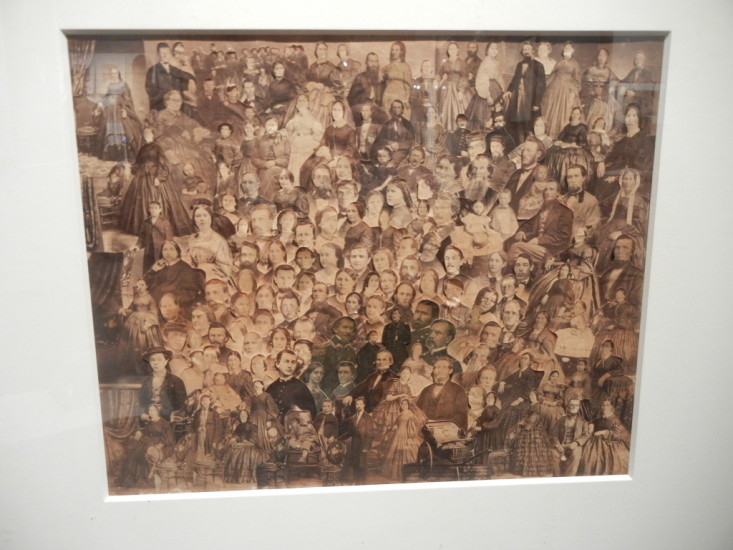 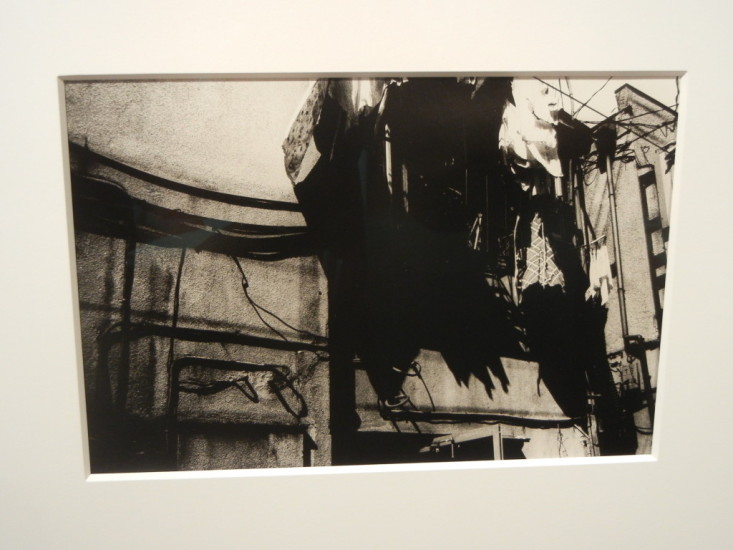 Howard Greenberg Gallery (here): Ludwig Windstosser is one of the photographers considered part of the Subjective Photography movement from 1950s Germany. His underappreciated industrial views are executed in bold negative tonalities, often with multiple exposures, piling up the girders, pipes, and geometries. Priced at $5500.

Laurence Miller Gallery (here): The alternating rhythms of this parking garage view by Ray Metzker show off his compositional mastery. The deep blacks, the fragments of cars, and the sinuous back and forth of the concrete structure turn the mundane into the extraordinary. Priced at $12000.

Catherine Edelman Gallery (here): This video from Michael Itkoff transforms the still images of an illustrated posing manual into an snappy, energetic dance. Priced at $3400.

Von Lintel Gallery (here): As usual, this booth was filled with strong, process-centric contemporary work. Farrah Karapetian’s study of melting ice turns the piled cubes into ghostly white squares that swim down the surface of the paper, leaving behind watery chemical trails of soft blue. Priced at $5100.

Charles Isaacs Photography Inc. (here): Classic formal elegance from Margaret Watkins, the areas of white, grey, and black organized with care, the serrated edge of the blade adding contrast to the otherwise straight lines and angles. From 1919, priced at $45000.

Galerie f5,6 (here): These spinning pinwheels from Carl Struwe are actually microphotographs of algae. Like Blossfeldt’s plant studies, they turn the science of nature into art. Priced at $2400.

Michael Shapiro Photographs (here): This gorgeously precise view from New Industrial Parks was part of a mouth-watering wall of vintage work from Lewis Baltz. The contrasts here are meticulously controlled, from the white of the door and the black of the pavement to the two poles in opposing colors. From 1974, priced at $30000.

The Weston Gallery, Inc. (here): For those in search of lush platinum tonalities, this was a standout. Up close lilies from Paul Strand, from 1928, priced at $65000.

Galería Vasari (here): These late 1940s/early 1950s photomontages by Grete Stern (German/Argentinian) were among my favorite discoveries of the show. They adroitly mix an avant-garde feminist perspective with visual cleverness, depicting scenes that recall surreal dreams. The entire set of 46 prints on view was priced at $850000.

Gallery Fifty One (here): This Malick Sidibe cardboard maquette has all the right elements – the funky cool, the youthful exuberance, the dance poses, and the James Brown album cover as talisman. Priced at $20500.

L. Parker Stephenson Photographs (here): Scott Hammond’s Polaroids recall those of Walker Evans, with their interest in the graphic elements of American vernacular signage. Displayed in a grid, they reduce the classic cross country road trip into an exercise in shape, form, and color. Priced at $9000.

Photo Gallery International (here): In this work, Yuji Hamada strips away the layers of emulsion from various Polaroid prints and then reassembles them into one composition, mixing up the imagery. The result is a quietly graceful composite of interlocked tinted forms. Priced at $1500.

Robert Klein Gallery (here): Shadi Ghadirian’s studio portraits continue to age well. While I have seen plenty of the images from this series in recent years, they always seem fresh and smart. The cameras as props are particularly appropriate for AIPAD. Priced at $4500.

Robert Koch Gallery (here): John Begley’s aerial view of a naval communication station finds a perfect hexagon of roads and pathways, a mathematical diagram of angles and vectors cut directly out of the dust, an inadvertent piece of monumental Land Art. Priced at $3500.

Throckmorton Fine Art (here): The facets of architectural stonework as an alternating tonal still life. Manuel Alvarez Bravo, from the 1930s, priced at $55000.

ClampArt (here): There is a tender elegance in this hunched pose; the frayed jean jacket and the shaved head provide the contrast of hard and soft. Wolfgang Tillmans, from 1984, priced at $7750.

Gary Edwards Gallery (here): A dense, all-over photocollage of 19th century faces, an engrossing sea of humanity in one frame. Anonymous, from 1861, priced at $4500.

Continue to Part 4 of this summary report here.