In direct defiance of all the art fair haters out there, I will readily admit to thoroughly enjoying the annual AIPAD Photography Show here in New York. For a handful of intense days, it brings  a significant portion of the subculture we call fine art photography into one single expansive room, mixing the hard nosed wrangling of buying and selling with the lively sociability of a huge cocktail party. For me, it’s one of the few times during the year when I can catch up with out of town dealers, collectors, curators, artists, and other photography world folk, all while scouring each and every booth for things that would fit into our own personal collection. It’s a busy exercise in switching hats, from collector to critic and back again.

Walking the halls of any art fair is an exhausting overload of sensory inputs, but when every booth is filled with art of the same medium like it is at AIPAD, it’s even easier for eyes to get glassy. At least for me, after a dozen booths or so, the art turns into a seemingly endless rushing river that flows by with such force and velocity that most of it turns into a blur. It’s just not possible to process every single image with care and attention, so my brain clicks over to pattern matching mode and looks for outliers that catch my glance for one reason or another, letting the rest happily drift by. In previous years, I have tallied up each and every photograph in select booths, generally covering about half the fair in exhaustive detail. This year, I have opted for a different, more inclusive, and less data intensive strategy; instead of endlessly counting and tabulating, I vowed to select one single image that I found of particular interest from each and every exhibitor booth (sorry AXA). What I was looking for was something exciting, surprising, unexpected, or astonishing, a search for the non-obvious among the greatest hits, the Bill Brandts unearthed to cash in on the MoMA exhibit, and the second tier Irving Penns. This was actually trickier than I expected, as in a number of booths, the embarrassment of riches on offer made choosing only one print downright painful, while in a few others, I struggled to find even one image that I could reasonably highlight. So with a nod to Ed Ruscha, I give you Every Booth at the 2013 AIPD Photography Show, a rambling story of 81 photographs in 81 booths, told in six parts.

The organization of these posts is straightforward: gallery name (and link), artist name, price (sometimes already sold), some comments or logic as appropriate, followed by the image itself. The list follows my path through the fair, starting left from the entry and wandering up and down the aisles, eventually returning to the entrance once again from the other side. 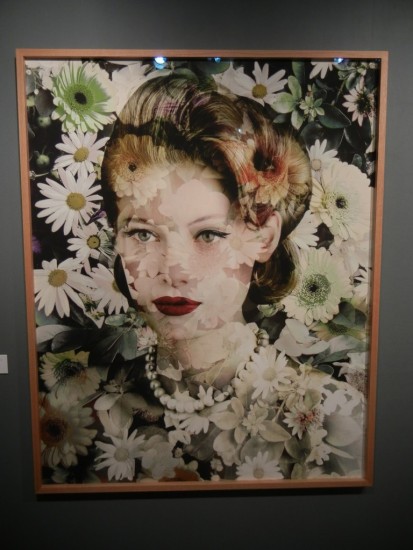 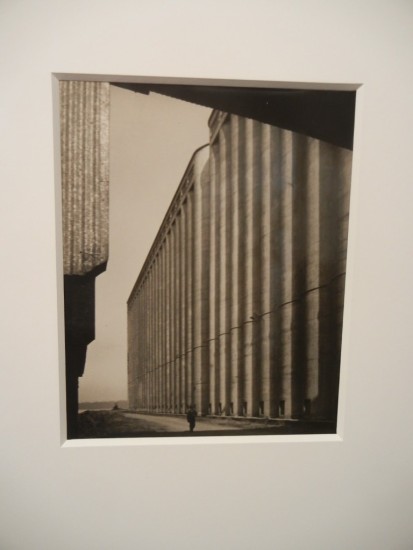 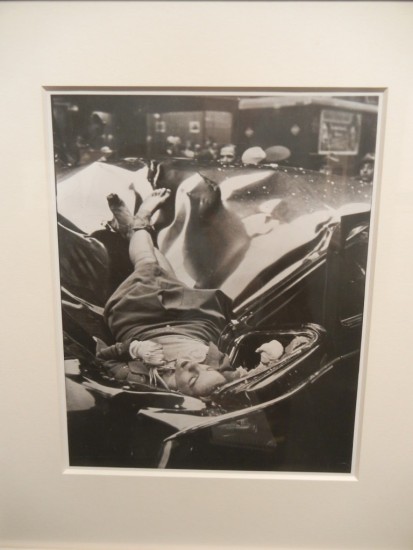 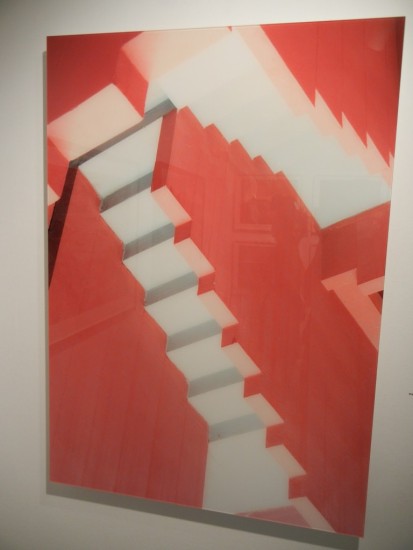 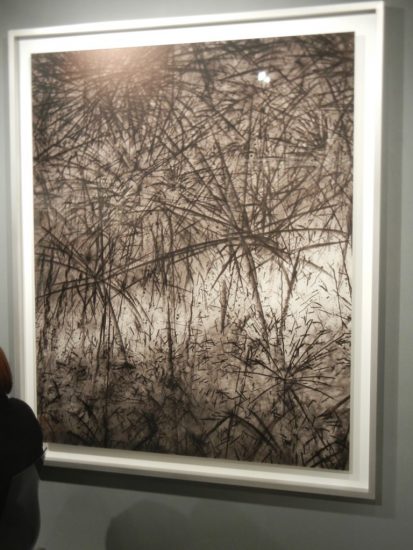 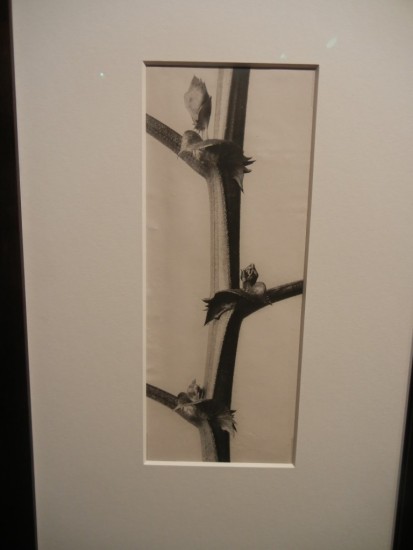 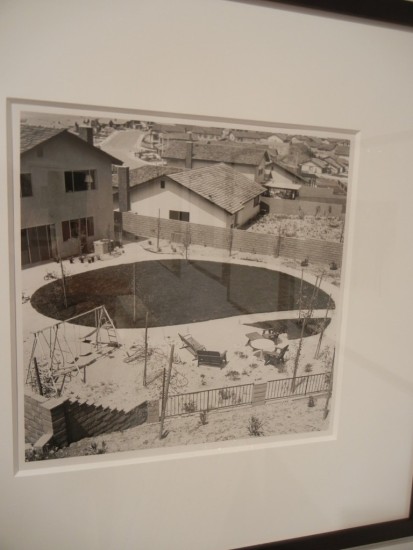 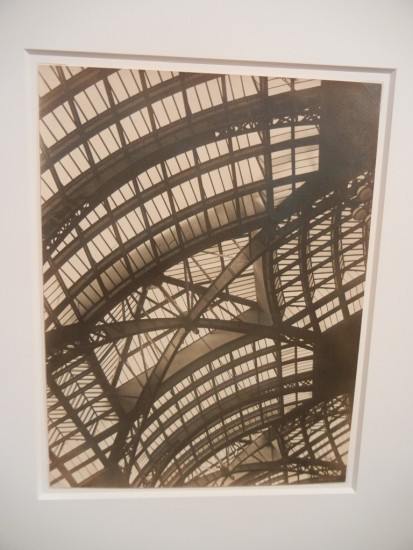 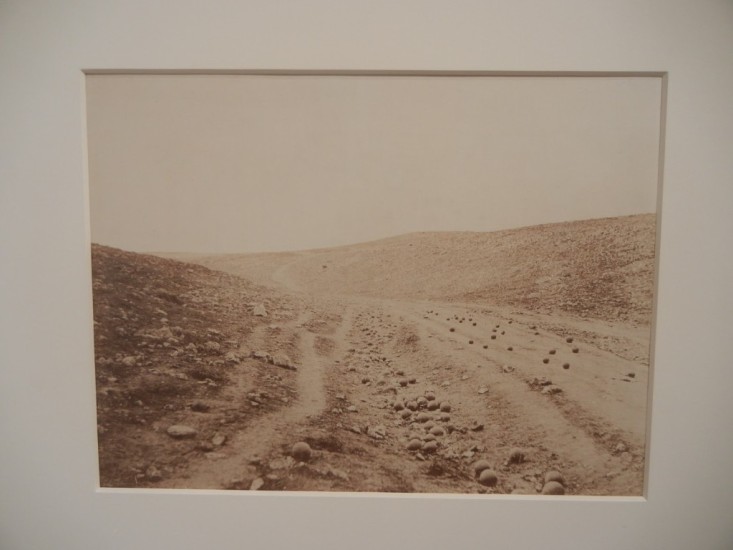 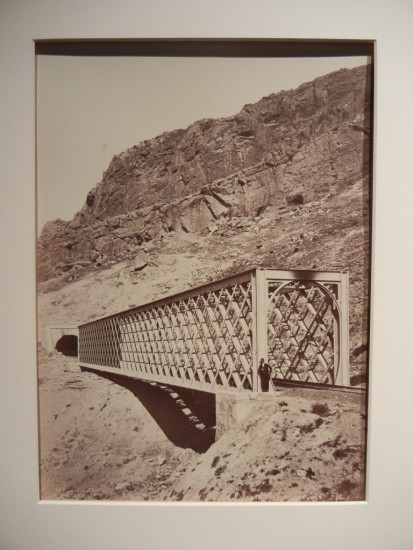 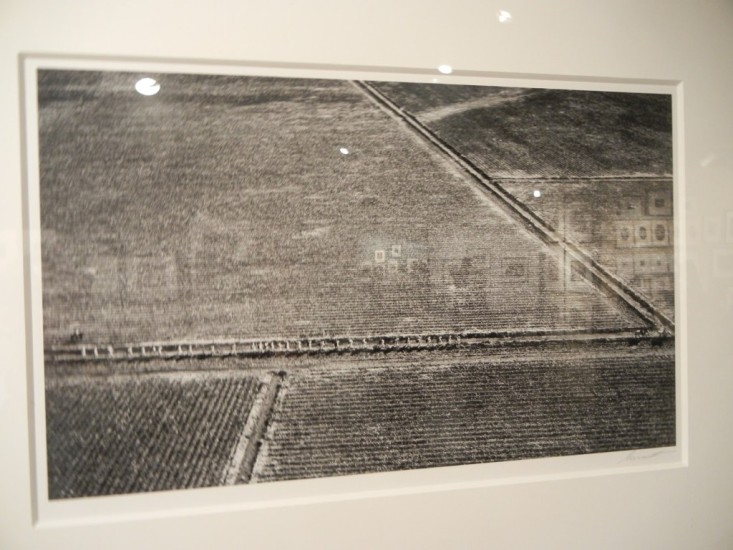 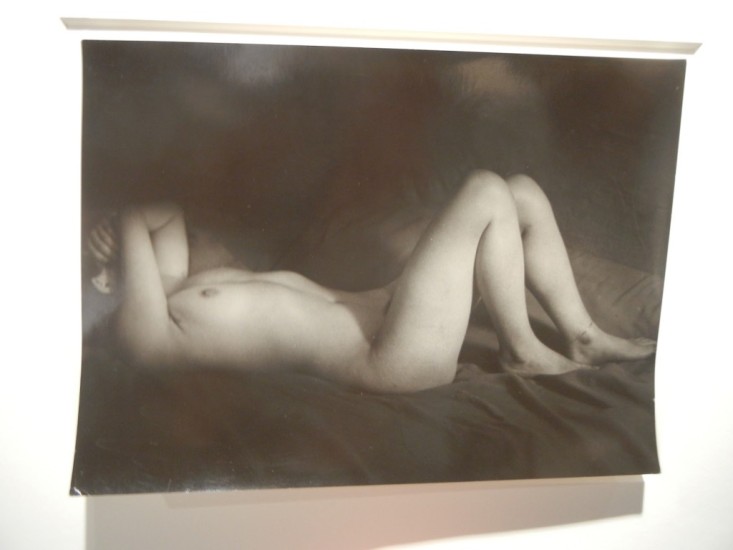 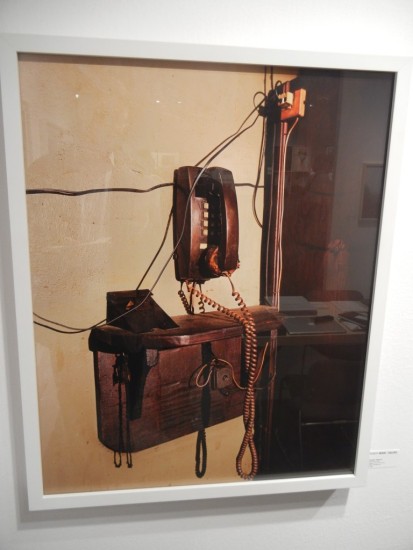 Edwynn Houk Gallery (here): Valérie Belin, $34000. This huge image came from a series I hadn’t seen before. The flowers are actually quite painterly, as though they have been outlined. I like the way the foreground and background shift back and forth.

Howard Greenberg Gallery (here): John Vanderpant, $6500. I think Vanderpant is one of those lesser known, generally under appreciated Modernists that deserves some more attention. This one is just gorgeous.

Daniel Blau (here): Robert Wiles, $4500. Blau had an entire booth of press photography. While a bit gruesome, I thought this woman smashed onto the roof of a car was quite elegant.

Bryce Wolkowitz Gallery (here): Ola Kolehmainen, $17000. I’m a fan of Kolehmainen’s work, especially when it pushes towards abstraction like this one.

Lisa Sette Gallery (here): Damion Berger, $25000. This booth was a solo show of Berger’s Black Powder series of firework explosions. I preferred the frenetic, all-over quality of this image to the ones that were more recognizable.

SAGE Paris (here): Karl Blossfeldt, $85000. This was the best Blossfeldt at the show. Hard to beat.

Lee Gallery (here): Joe Deal, $25000. While all of Deal’s backyard scenes are conceptually interesting, only a handful are as visually strong as this one.

Gitterman Gallery (here): Roger Fenton, $32000. A vintage print of a photography history book classic, The Valley of the Shadow of Death. Great to see up close, hiding on an interior side wall.

Gary Edwards Gallery (here): Juan Laurent, $2500. Bridge pictures have the kind of linear formality that always catches my eye. This latticed viaduct is from Spain.

Scott Nichols Gallery (here): William Garnett, $35000. If you look closely in this aerial image, beyond the straight geometries of the fields, you can see a line of tiny men picking the cotton. I’m consistently impressed by Garnett’s work and always wonder why I don’t see more of it.

Robert Koch Gallery (here): Brassaï, $60000. After I commented on a Brassaï nude that was on the wall, this one was unearthed from a box. He didn’t made many nudes, so it’s always a treat to see even one.

Robert Morat Galerie (here): Christian Patterson, $4000. I enjoyed both the tangle of wires and the tremendous color tonality in this print.