While it is certainly possible to jump into the middle of our Paris Photo 2015 summary reports and find your way to your favorite galleries, starting at the beginning and working through the booths systematically may make the most sense. Part 1 of our report can be found here, and along with one group of booth reports (the center section), it includes some general background on the fair and the outline of the slideshow format.

This Part 2 of the report covers the section immediately to the left of the central section, as seen from the main entrance. It might also be called the “middle left”. 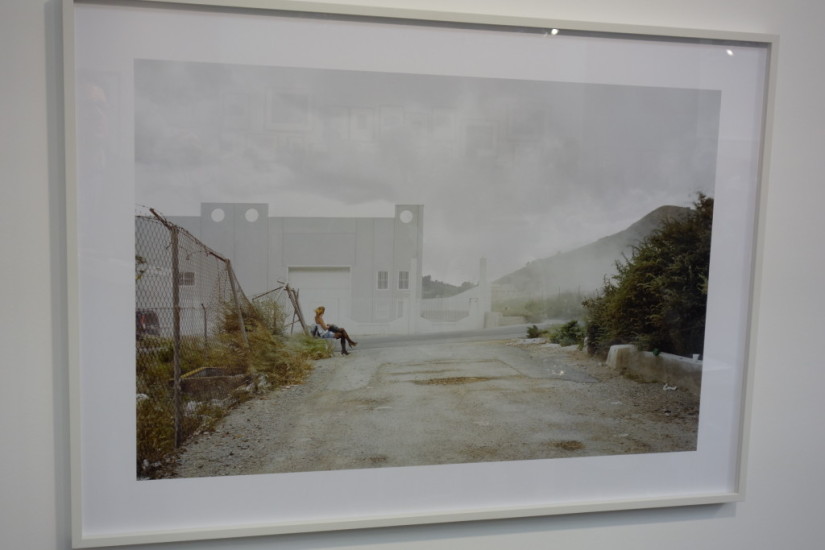 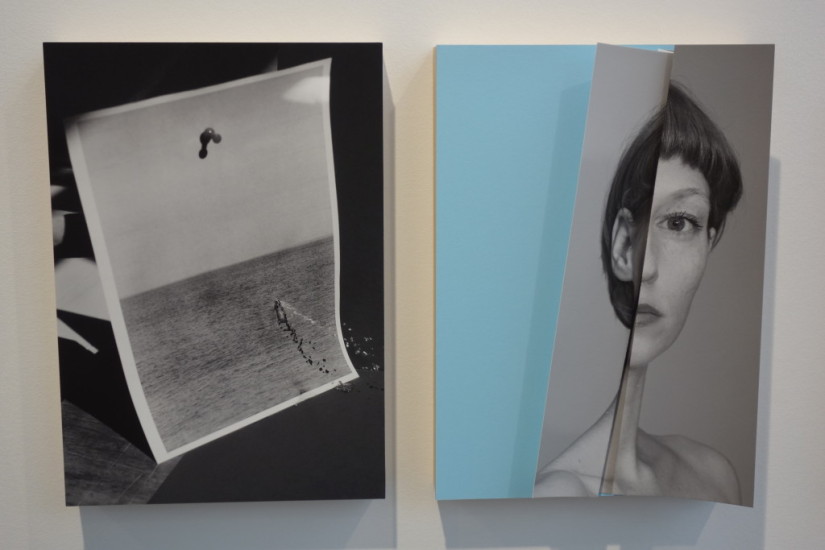 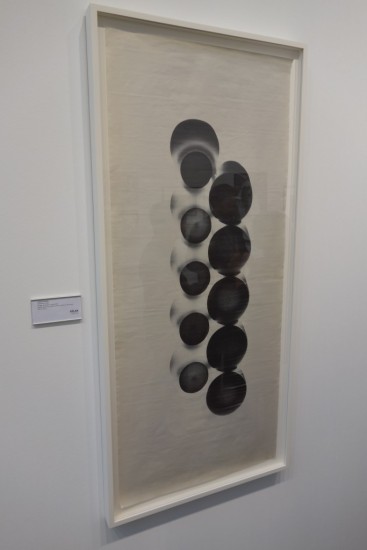 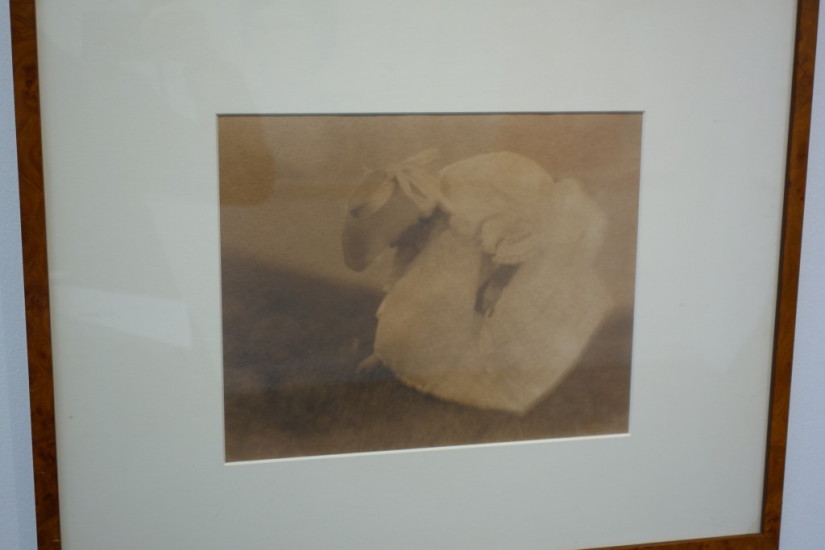 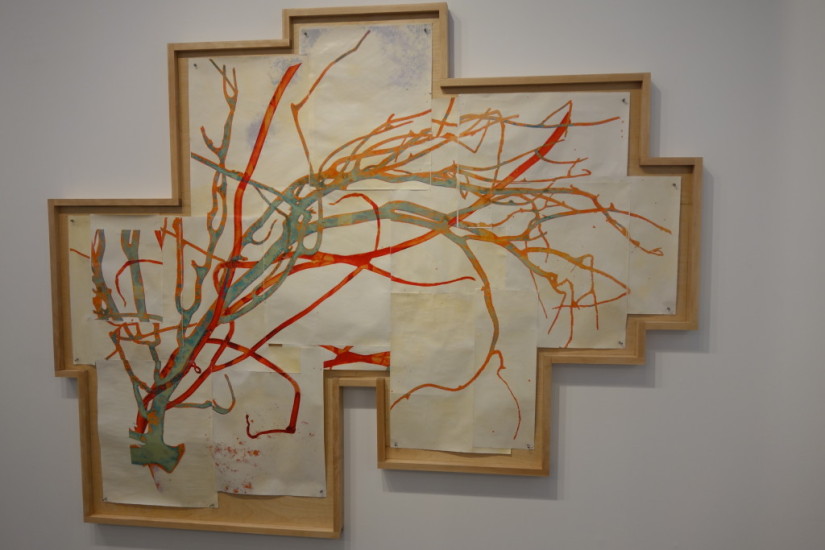 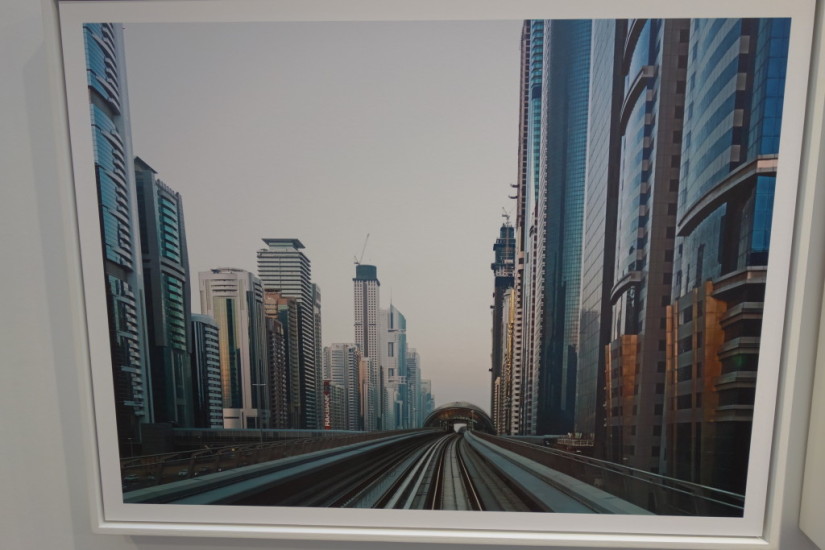 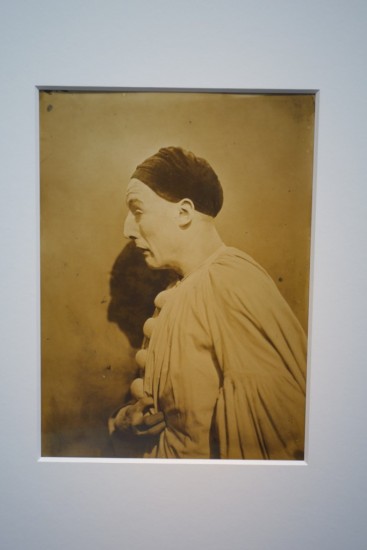 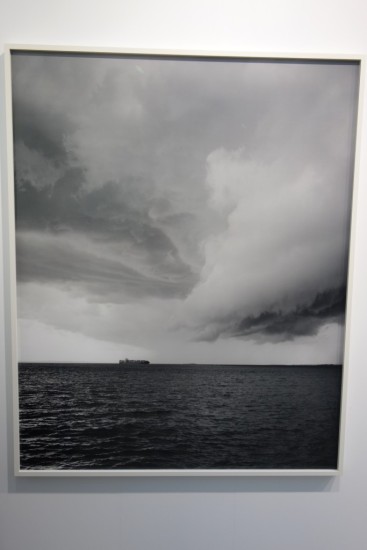 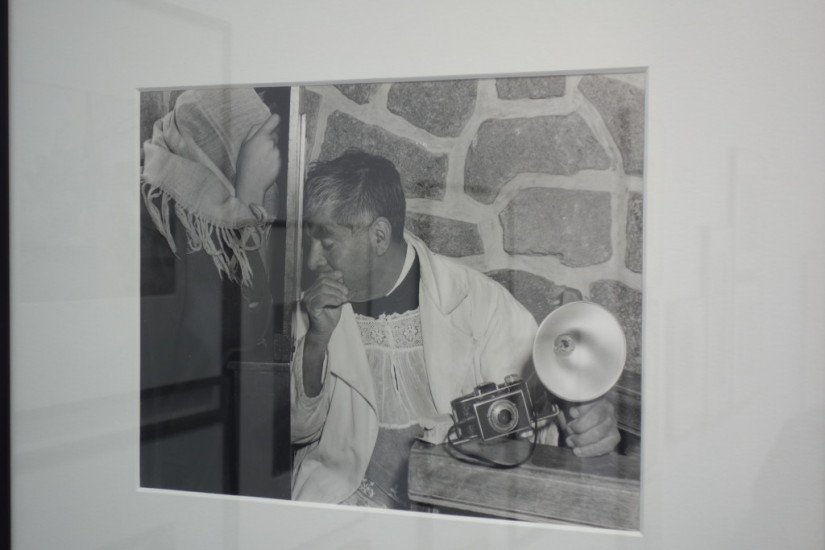 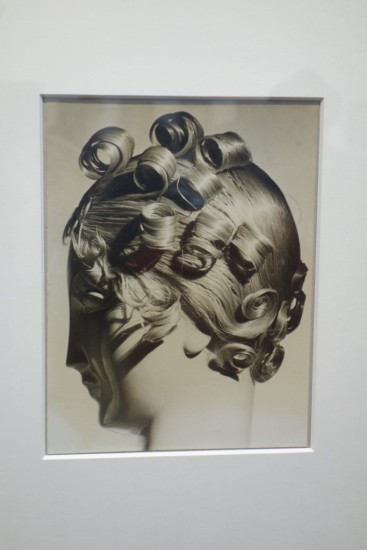 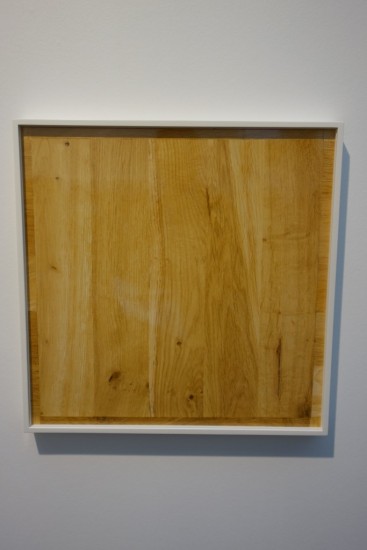 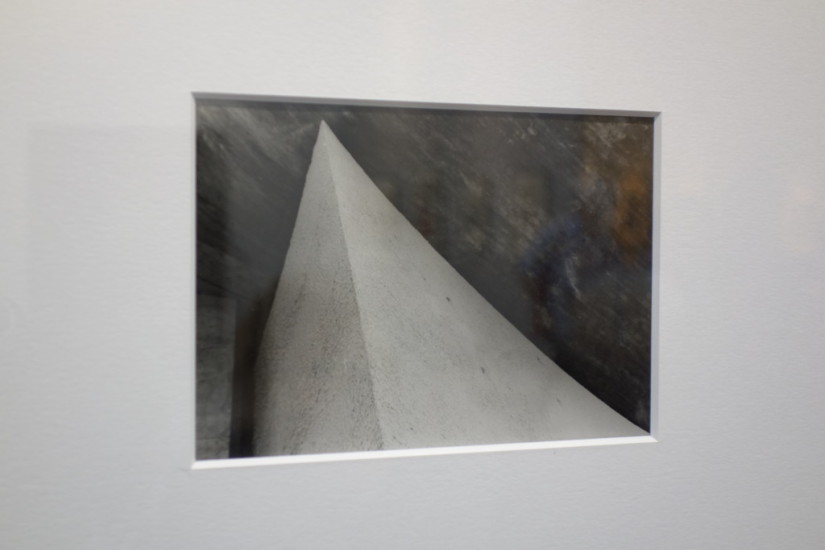 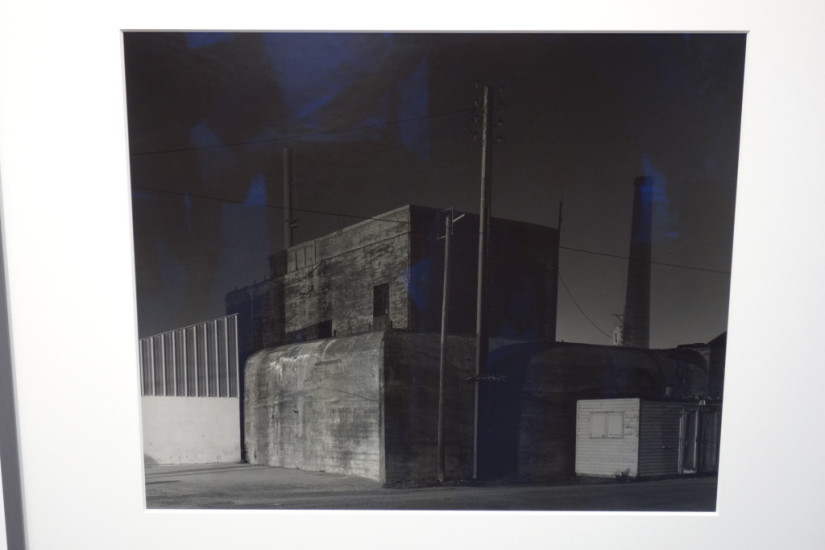 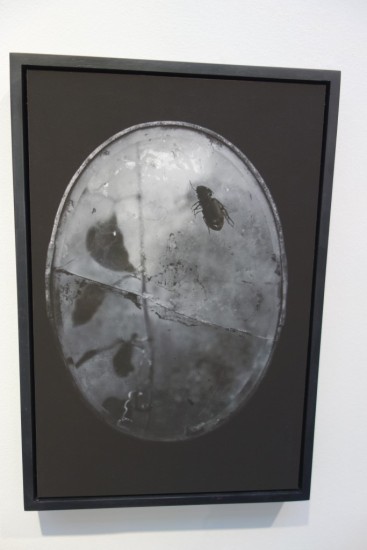 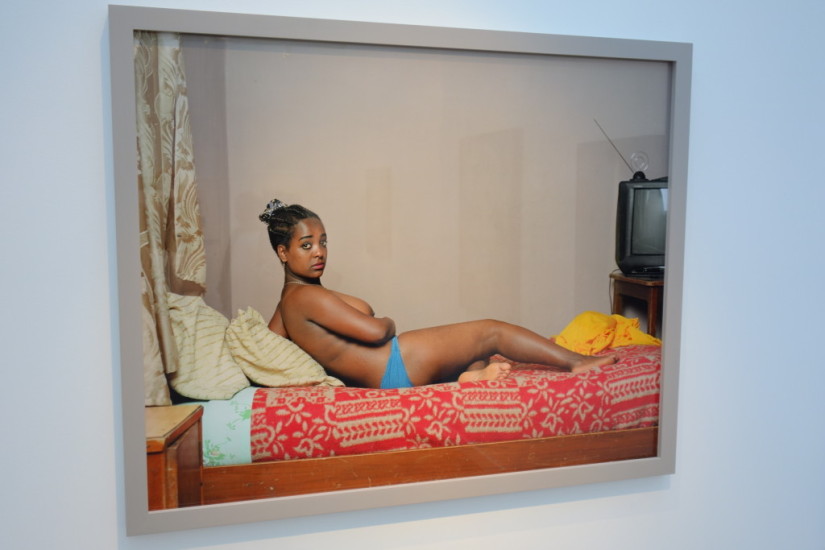 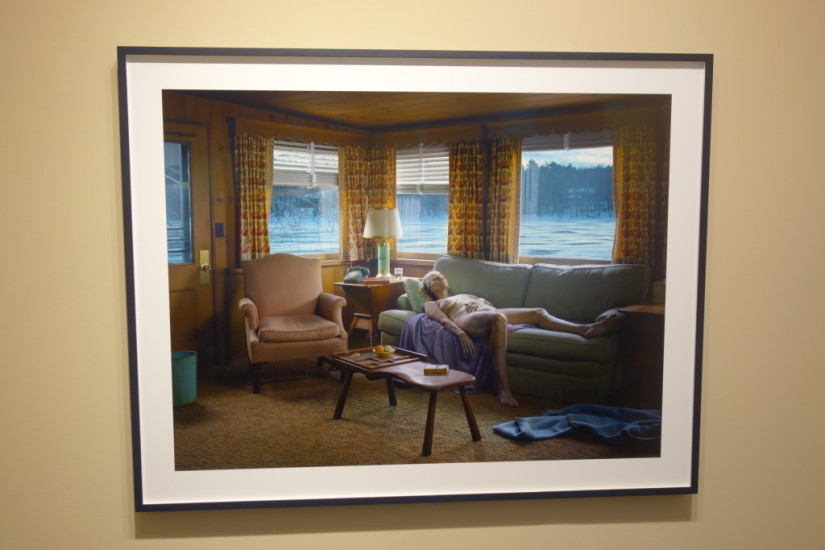 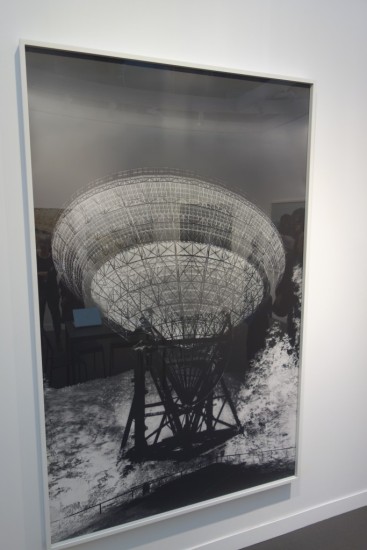 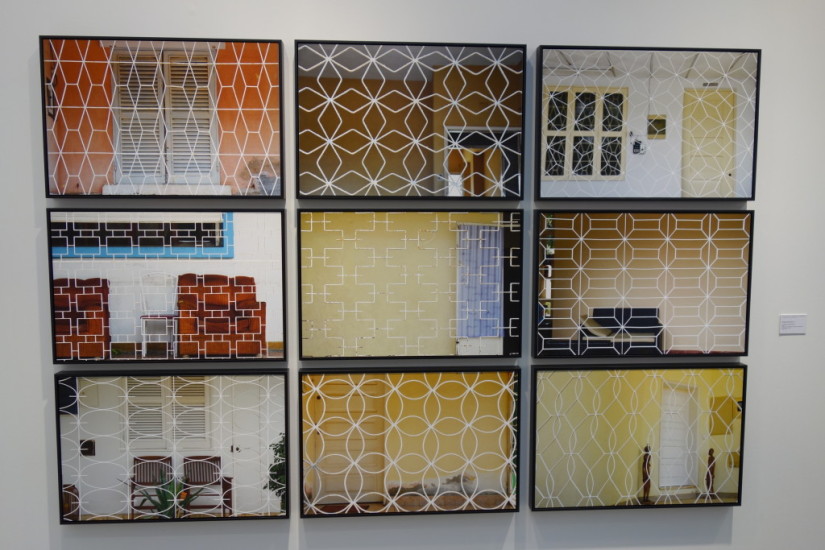 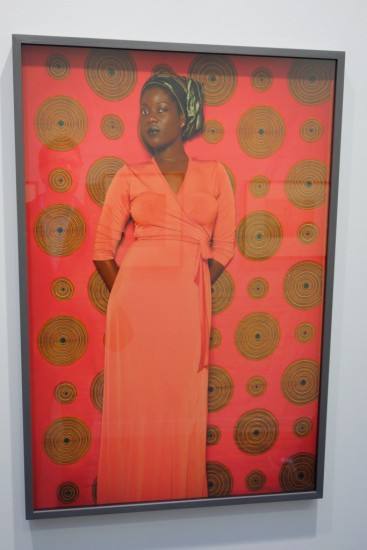 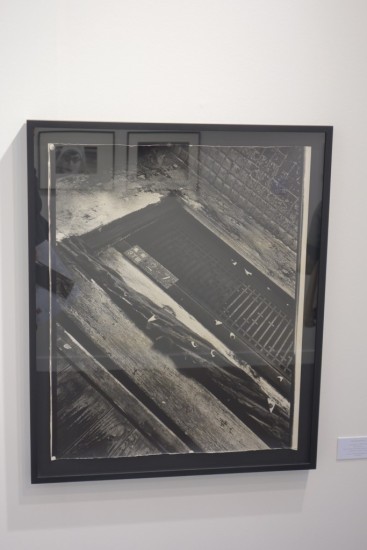 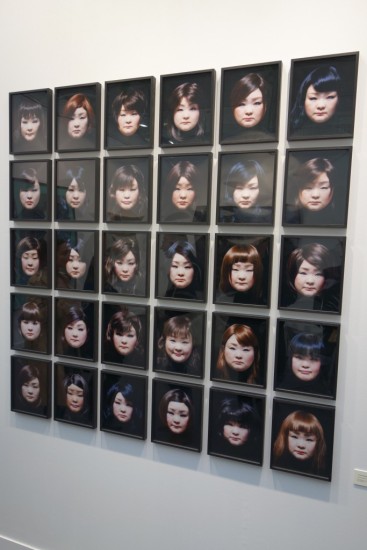 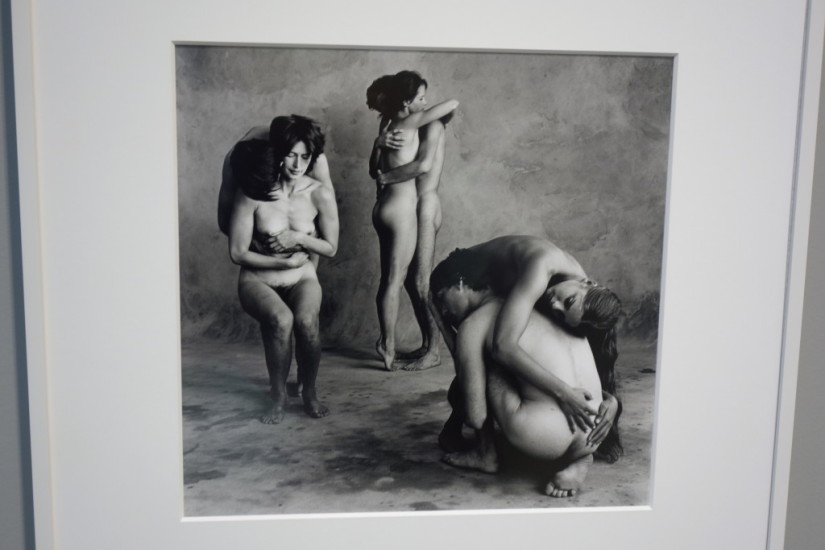 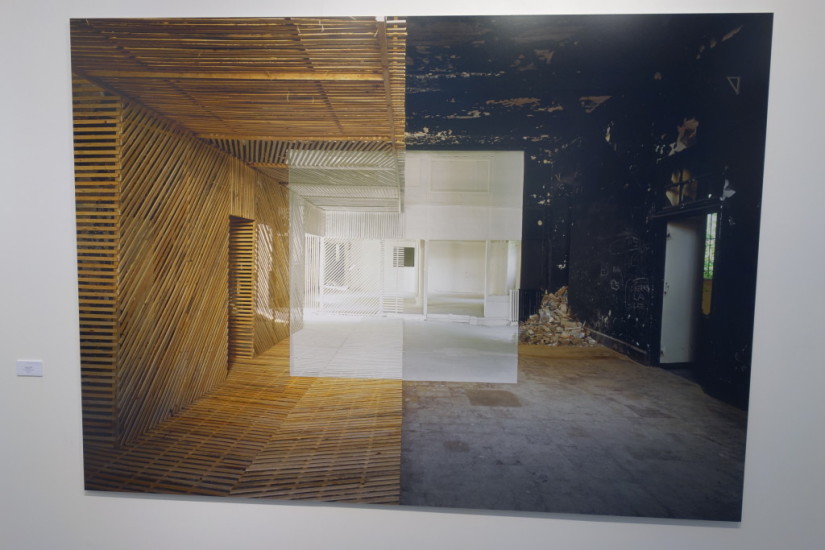 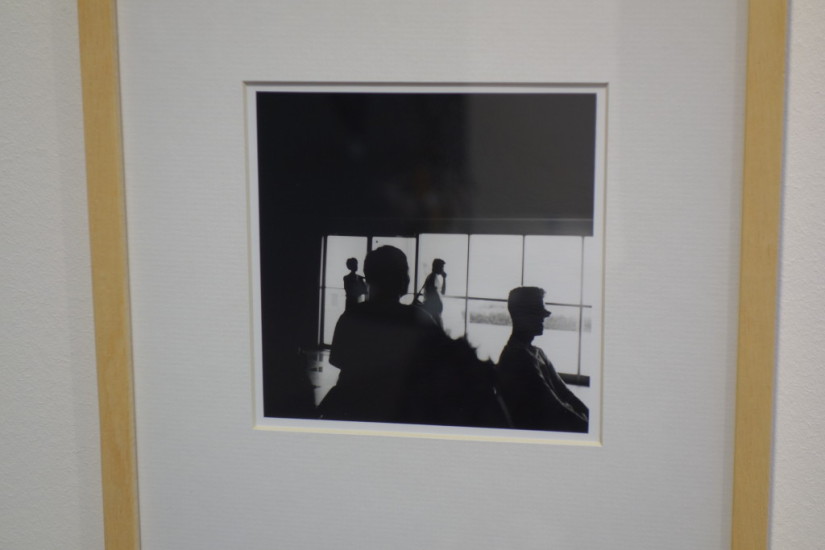 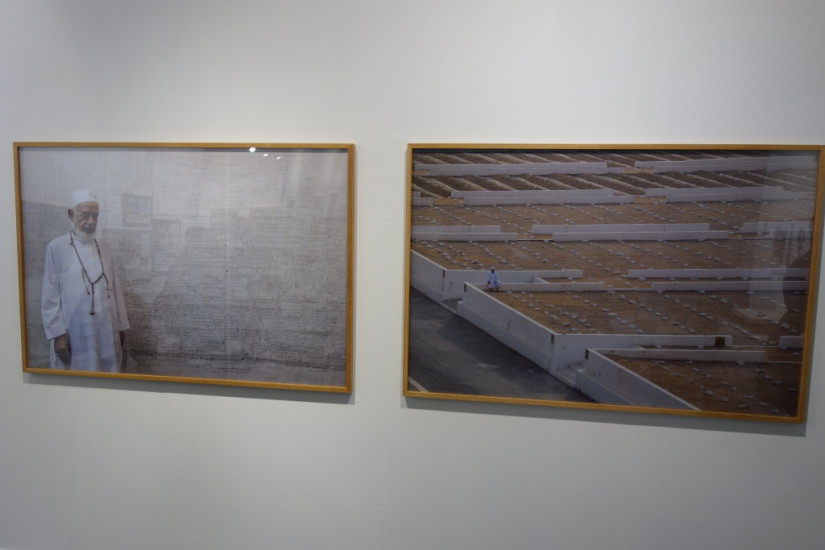 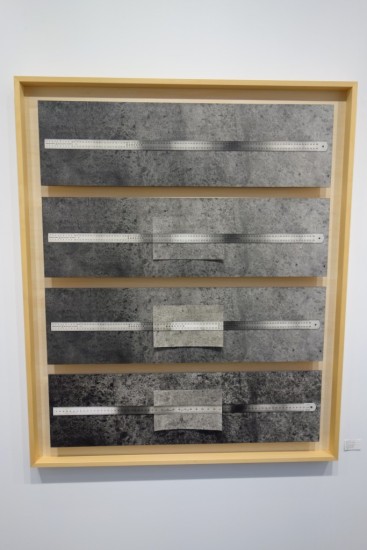 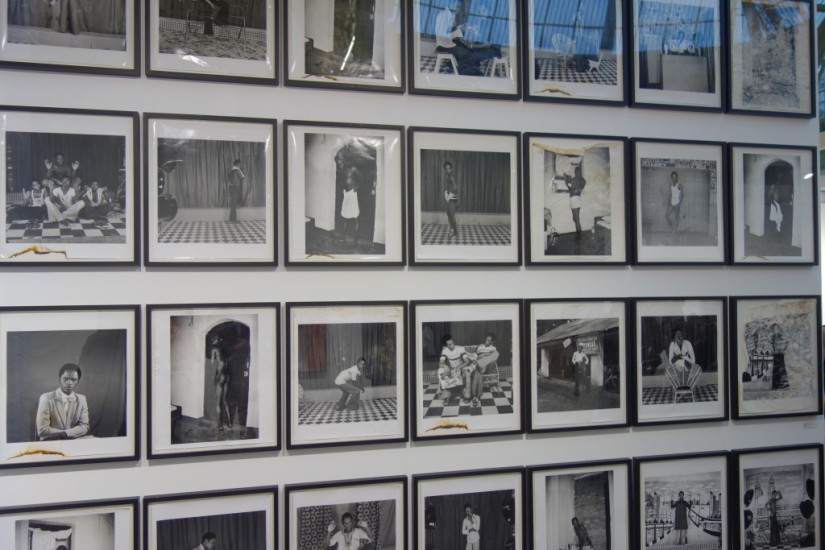 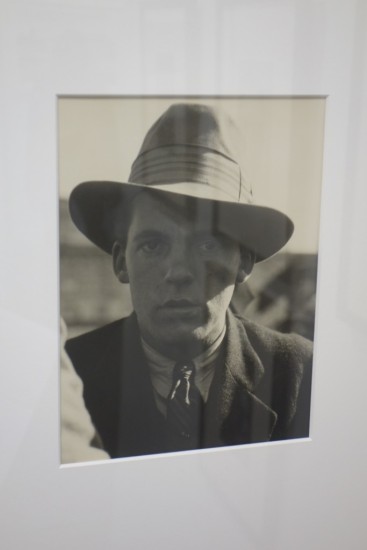 In Camera (here): There is a quiet bleakness that permeates Txema Salvans’ anthropological landscapes of roadside prostitution. While many of the images in the series have a kind of dark irony, this image, with its broken fence, the dusty haze, and the boredom of waiting feels more powerfully desolate. Priced at €4500.

Temnikova & Kasela (here): Sigrid Viir’s paired works combine clever conceptualism (an image of water springing an actual leak) with tactile construction (a portrait fan folded in on itself hiding part of the face). Shown in different iterations and colors, the pairs feel like visual ideas being tested and retested, with subtle shifts of the component parts. Priced at €3200 for the pair.

Atlas (here): This booth offered a thoughtfully edited group show of photograms and light driven compositions. There were several solid works by Floris Neusüss on view, including this 1968 abstraction of circles that seems to build upward, like a progression of dots and afterglows. Priced at €12300.

Odile Ouizeman (here): This 1907 gum bichromate print from Heinrich Kühn hits all the Pictorialist tropes – the young girl, the flowing white dress, the grassy hillside, and the delicate soft focus warmth. Priced at €24000.

HackelBury (here): This multi-image construction by Doug and Mike Starn certainly gets beyond the rigid confines of a traditional rectangle. Hand colored inkjet prints of seaweed are layered in succession like veins and arteries, extending out in swirls and tangles, ending in a shaped frame. Priced at €50000.

Melanie Rio (here):This futuristic scene of modern buildings and streamlined rails isn’t a movie set, it’s Dubai. The newness of it all (some of it still under construction) makes the cityscape seam unreal, like an artist’s rendering of our impossibly sleek urban future. Priced at €4000.

Lumière Des Roses (here): Nadar’s 1854 mime is full of bold expression, from the dropped mouth to the clawed hand. The cast shadow adds to the theatricality of the portrait, like a second player or a second self. No price, as it was already sold.

Thomas Zander (here): This large scale black and white work comes from Mitch Epstein’s new series Rocks and Clouds. While many cloud photographs crop the sky into a delicate abstraction, this one highlights the size differential between a huge container ship (which looks tiny) and the powerful, billowing formations above. Priced at €33000.

Patricia Conde (here): Furtiveness is balanced with the public presence of a camera in this 1960s confession image from Mexican photojournalist Hector Garcia. The priest’s hand covering a whisper is well matched by the hand holding the scarf on the other side of the partition. Priced at $7000.

Gilles Peyroulet (here): Clothing store mannequins have consistently been a Surrealist favorite, and this head from Dora Maar explains why. Its perfect curls are both mundane and fanciful, and with its face placed in shadow, its mood is perplexingly odd. Priced at €15000.

Klemm’s (here): Adrian Sauer’s images of parquet floors are smartly conceptual. Shot straight down at his studio floor, the wood grain aligns into perfect squares with alternate horizontal and vertical striping, and the tiny details of knots and lines differentiate the seemingly identical images. These would have been great in a grid of 4 or more. Priced at €3800.

Du Jour Agnès B. (here): Lucien Hervé was known for his architectural photography and his images of Le Corbusier’s buildings were some of his best. The swooping angle of concrete gives this image its vitality, balanced by the contrast of light and dark. Priced at €5500.

Les Filles du Calvaire (here): The grid of Gilbert Fastenaekens nocturnal images in this booth felt a little like the outcomes we might have seen if the Robert Adams of Summer Nights had gone walking in industrial neighborhoods instead of the suburbs. There is an easy silence to the pictures that softens the shading of light across the planes of the buildings. Priced at €3500.

Magda Danysz (here): When I first saw these images from Maleonn, I though they were cracked oval mirrors. They are in fact more like cameos, with the images shown through the fogged and imperfect windows. Priced at €1500.

Gagosian (here): If this image from Gregory Crewdson’s new Cathedral of the Pines series is indicative of the larger body of work, then we have much to look forward to. In a return to the psychologically charged stagings of his best pictures, this image combines an icy lake, a dated house, an aging nude, and a vacant stare into a stew of subtle emotions. Priced at $60000,and slated for a show at Gagosian in January.

Xippas (here): This 2013 radio telescope image from Vera Lutter takes best advantage of the tonal inversion created by her camera obscura. The black girdered structure seems to glow from within like a muted light bulb. Priced at $75000.

Magnin-A (here): With the studio portraits of Seydou Keïta and Malick Sidibé filling the main area of this booth as a nearby backdrop, Omar Victor Diop’s images on an outside wall feel like a modern continuation of that artistic tradition. All three pair bold fabric patterns with carefully matched clothing and props to create the sitter’s desired look; in Diop’s case, the images seethe with glorious dynamic color. Priced at €4000.

MEM (here): Tomoko Sawada’s newest work extends beyond her usual study of Japanese personal identity to a broader view of East Asian roles and types. This typology finds her taking on the roles of Chinese, Korean, Mongolian, Taiwanese, and other nationalities, testing our ability to accurately discern cultural differences. As always, her ability to morph herself into alternate guises is quietly insightful. Drawn from a full set of 300 images, sets of 3 images are priced at €1500, and sets of 30 are €15000.

Anita Beckers (here): This mid-1970s performance by Peter Weibel documents a paradox of communication. Two cameras display what they see on a split screen – two people who appear to be facing each other but actually aren’t, in various combinations. It’s a smart concept that has been taken up and extended by Barbara Probst. Priced at €29750 for the set of 4 images mounted together.

Pace/MacGill (here): This late 1960s series of Irving Penn images of a San Francisco dancers workshop were completely unknown to me, and what a lovely discovery. The pairs of nudes explore differences of embrace with elegant grace and sensitivity. Priced at $17000.

RX (here): This Georges Rousse in situ construction is more elaborate than many I’ve encountered. The wood slatting and white painting lead to a telescoping three sided optical illusion. Priced at €20000.

Document Art (here): This image is from a series of impressionistic airport scenes made by Luz María Bedoya. They reduce a mundane waiting area into fleeting silhouettes, like flashes from a time lapse. Priced at €8000 for the set of 7 images.

Athr (here): This diptych from Ahmed Mater offers a balance of life and death – the immensely detailed family tree of prophets on the left set against the repeating patterns of whitewashed rocks of a humble cemetery on the right, each with an older man to look over the setting. It’s a simple construct, but none the less powerful in its universality. Priced at €22500 for the pair.

Yumiko Chiba (here): While I saw this crisply conceptual 1974 work by Kanji Wakae in a group show last year, I was certainly happy to spend time with it again here. The pared down intelligence of modifying the scale of the rulers in successive iterations remains precise and compelling. Priced at $26000.

Jean-Marc Patras (no site): This wall of damaged prints brings home the terrible story of the recent looting of Samuel Fosso’s studio. These salvaged prints from his early career are burned, wrinkled, and dirtied, but still vital evidence of his original artistic vision. A total of 46 of these now vanishingly rare prints (28 of which are on view) are being sold as a set for €150000.

Robert Mann (here): In a fair with seemingly less iconic vintage work on view this year, this penetrating Dorothea Lange general strike portrait stood out. Those are the kind of eyes that will be durably powerful for many years to come. Priced at €35000.