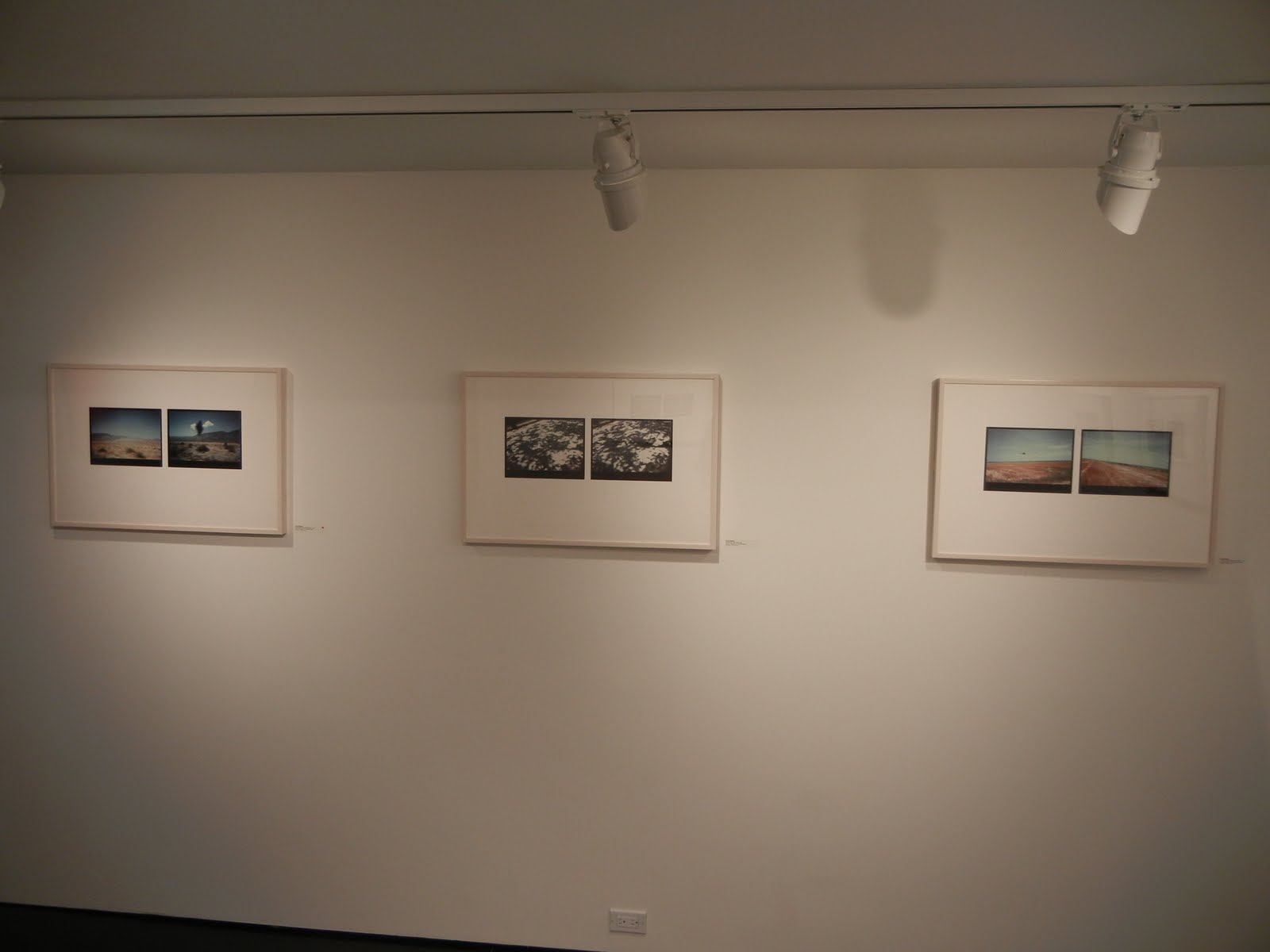 JTF (just the facts): A total of 8 color works, framed in white and matted, and hung in the small front room space. All of the works are diptychs, printed on Cibachrome paper, with titles in pencil on the mat. Each work is 20×30 framed, printed in editions of 10. The images were made between 1976 and 1980. (Installation shots at right.)

Comments/Context: This small show is a reprise of the late 1970s Sonneman images that were on view in the Starburst show last year at Princeton (review here), with a couple of additions/replacements.
. Each work is a pairing of two images, taken just moments apart and often from slightly different angles, like two adjacent frames from a contact sheet or a film strip. At the time, the use of color and the more cinematic approach were both quite radical; they opened up new avenues for the definition of photographic narrative, adding the elements of elapsed time and alternate perspective. A crop duster flies over a field of brown stubble, goldfish in bowls sit in a sidewalk display, tourists take pictures from the top of the World Trade Center, and an artful selection of items sits on a red blanket on a rocky beach; in each case, we start with one view and then are given a second, which subtly changes our perception of what was really going on in the first place.

In seeing these images again, I came away most interested by the technique of time-delayed pairings, more so than by any specific example on display. It seems to me that this seemingly simple innovation has surprisingly powerful resonance and continued relevance, even 30+ years later. Collector’s POV: The works in this show are priced at $25000 each. Sonneman’s work is not readily available on the secondary markets, so gallery retail is likely the only option for interested collectors at this point.
My favorite image in the show was Newspaper, New York, 1980; it’s the middle picture in the top installation shot. I like the interplay of the all-over shadows, and the movement of the blown newspaper across the frame.
.
Rating: * (one star) GOOD (rating system described here)
Transit Hub:
Eve Sonneman: Sight/Sound
Through January 29th