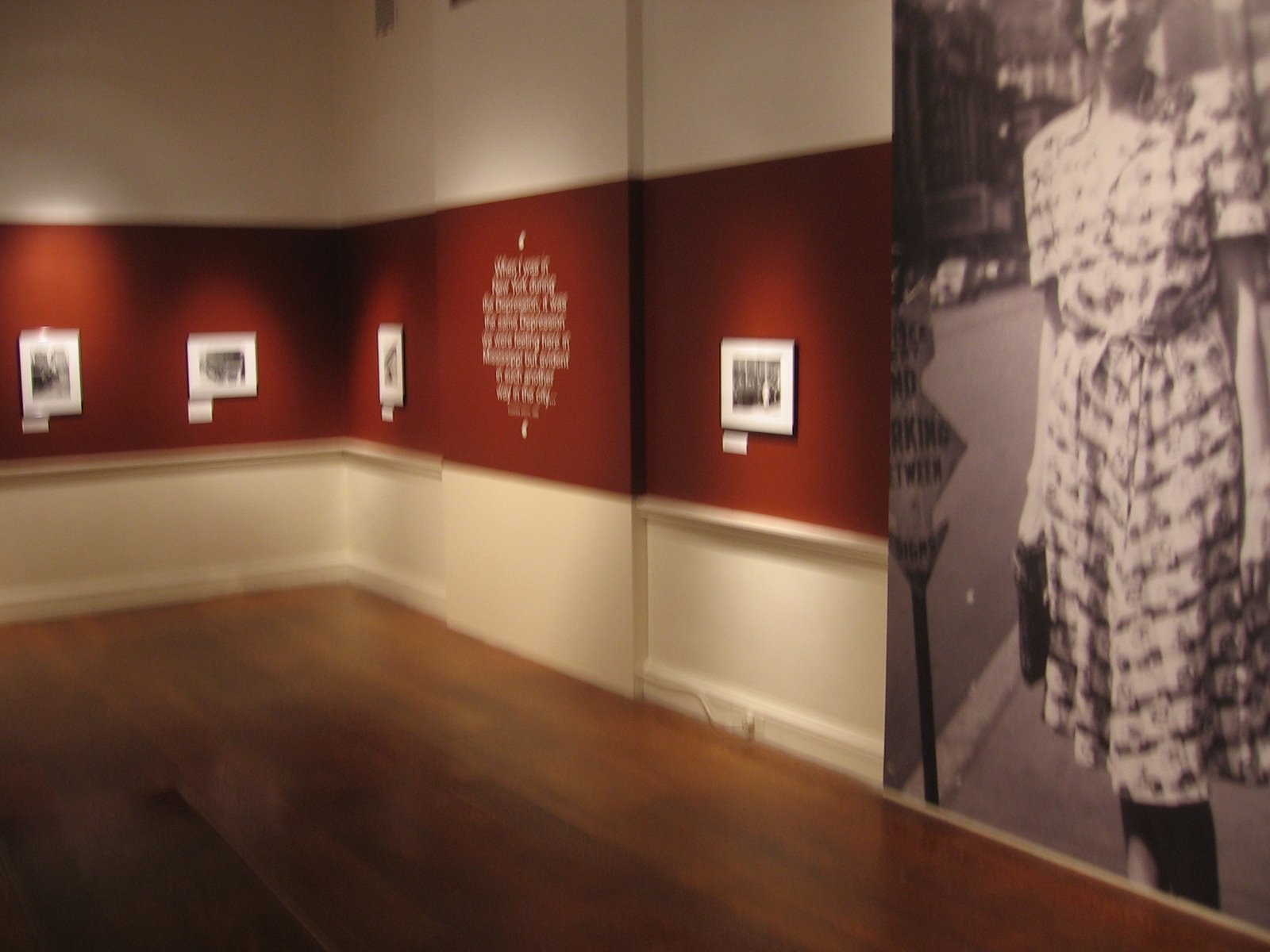 JTF (just the facts): 40 black and white images (with a slight sepia toning/aging) of Mississippi in the main gallery (blue striped wall), with an additional 11 images of New York in an adjacent room (brown striped wall). All from the 1930s. (Blurry installation shots at right.)

Comments/Context: The quick question “Who was Eudora Welty?” will in most cases elicit an answer (pulled from deep memories from high school) summarizing her success as a prize-winning writer of American novels and short stories set in and describing the rural South, primarily during the Depression. What is perhaps less well known is that Welty began her career as a photographer, as part of the WPA. Her first exhibit was held at the Lugene Opticians’ Photographic Galleries (a camera supply store) in 1936, and the images from this original show have been gathered together once again for this exhibition at the Museum of the City of New York. In addition to the works from Mississippi, a roomful of pictures that she took during her time in New York are also on view, and these images provide an interesting contrast to the Southern collection. 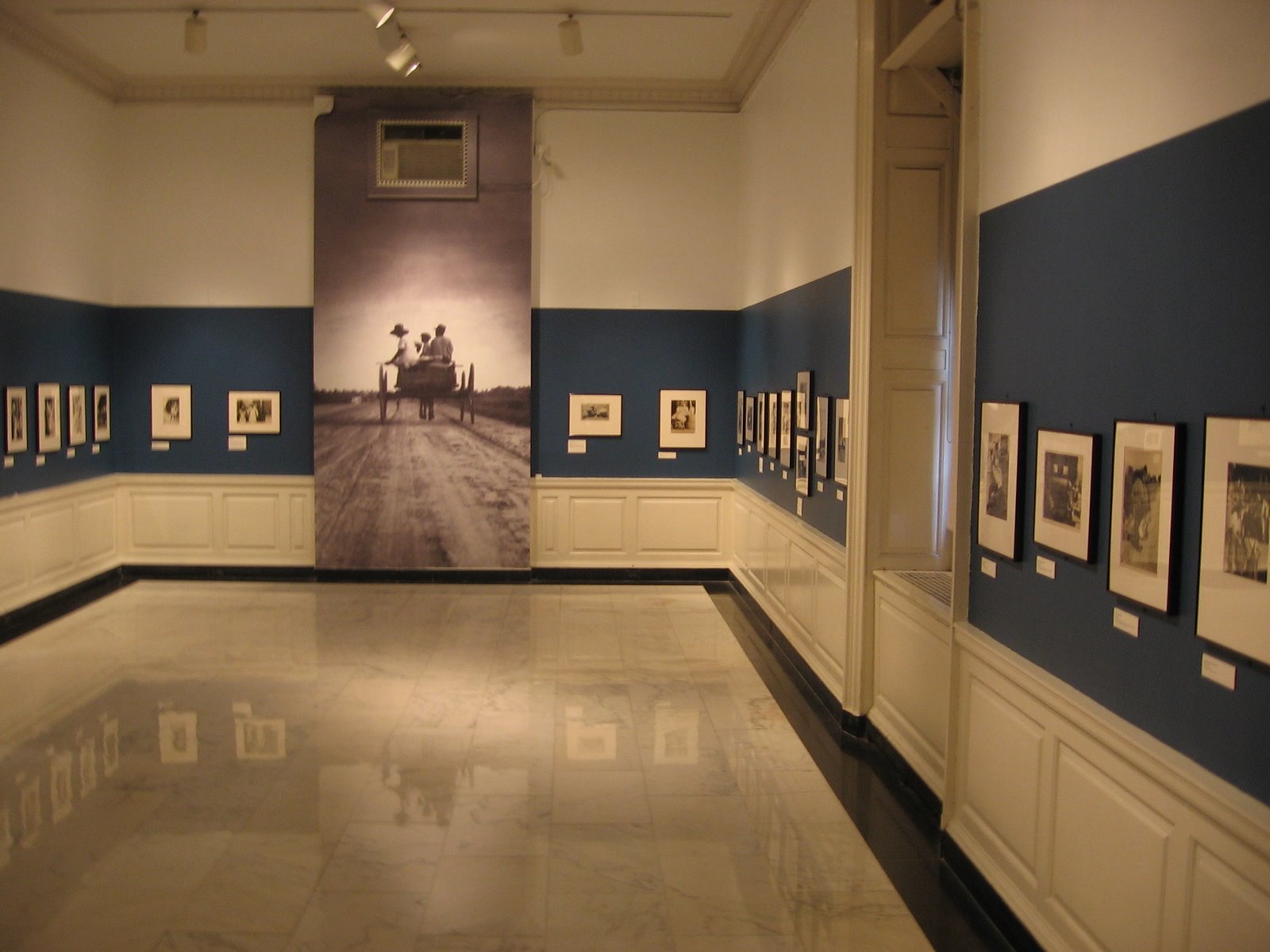 Even though Welty was a white woman in her twenties taking pictures of the predominantly black towns of Mississippi, her work has the authentic feel of an insider. These are not goopy, sentimental shots of rural workers, nor are they noble testaments to the dignity of labor. They are genuine images of day to day life, full of its dust, heat, humor and simple routine. There are scenes of both farm and city life, of people working in the fields and walking the streets in their Sunday best. While the images are too well composed to be called snapshots, there is an easy-going casualness to the work that is a testament to the comfort she instilled in her subjects.
When Welty got to the big city, she seems to have at once become a tourist, and was drawn to the eye-catching cliches that everyone is fascinated by when they first see New York (elevated trains, tall buildings, sidewalk life, stairways and stoops). Her work from this period, while still focused primarily on the effects of the Depression, lacks the intimacy of the Mississippi work, and degenerates into (to my eye at least) second rate Abbott knock-offs.
Collector’s POV: Unfortunately, Welty’s best work (that from Mississippi) doesn’t fit well with our particular collecting plan. 1980’s prints of Welty’s images from the South (seemingly in editions of 20 or more) have come up at auction from time to time in the past few years, but in small numbers. Prices have been generally reasonable.
.
Rating: * (one star) GOOD (rating system described here)
Eudora Welty in New York: Photographs of the Early 1930s
Through February 16th
Museum of the City of New York
1220 Fifth Avenue
New York, NY 10029
Twitter| Facebook|

Read more about: Eudora Welty, Museum of the City of New York (MCNY)