JTF (just the facts): Published in 2016 by Pau Wau Publications (here). Hardcover, accordion fold with debossed front and back covers, 24 pages, with 48 color and black and white photographs. There are no texts or essays. In an edition of 300 copies. (Cover and spread shots below.)

Comments/Context: Daniel Arnold started making photographs in New York fifteen years ago when he moved to the city from Milwaukee. While working a corporate job, he spent most of his free time walking the city streets making photographs (both with his 35mm camera and his iPhone), and like many emerging photographers, he used Instagram as a platform to share his obscure portraits of strangers caught unaware on congested sidewalks and subway platforms.

Arnold’s name made headlines a few years ago when he decided to try selling some of the photographs from his Instagram account (here). Apparently, he made several thousand dollars in a single day – the Internet seemed to love his peculiarly casual, and sometimes intrusively creepy, point of view. One of the most popular images was a pantless Santa Claus exchanging eye contact with an older gentleman on a subway, an easy mix of the mundane and the ridiculous that feels emblematic of everyday life in New York. Since then Arnold has photographed NYC subway life for The New Yorker and artgoers and Met Gala celebrities for Vogue. In many ways, he’s a viral Instagram success story.

Arnold has recently collaborated with Brooklyn-based publisher Pau Wau and released a new photobook entitled Nassau Avenue. Since moving to Brooklyn in 2012, he has been heavily documenting the area – his archive of some five hundred photographs was edited down to a selection of 48 color and black and white images for the book. In simple terms, it is a feet-on-the-street neighborhood study, tracing roughly twenty blocks of Nassau Avenue, from Bedford Avenue at the edge of hip Williamsburg to bleak industrial Bushwick, running through a predominantly Polish section of town. From west to east, the dynamic of the neighborhood changes noticeably, and this social and geographic evolution is part of what he is documenting.

Nassau Avenue is constructed as a long accordion, folding out into a continuous photographic stretch of the thoroughfare, with its often unexpected life moments and bizarre pedestrians. The book is organized as two parallel photographic strips, with set of images at the top and another one inverted and aligned below it. Its design and layout seem to deliberately echo the Japanese photobook gem Ginza Kaiwai/Ginza Haccho by Yoshikazu Suziki/Kimura Shohachi (1954) as well as Ed Ruscha’s celebrated artist’s book Every Building on the Sunset Strip (1966). In all three cases, the layout and construction force the viewer to constantly interact with the book, turning it around various ways to see the images. Nassau Avenue‘s sugar green cover has debossed map lines of the neighbourhood streets, adding an elegant and thoughtful local element to the design.

Arnold’s book is a vibrant compilation of daily rhythms – it’s a mix of the absurd, the funny, and the purely mundane. The atmosphere of the neighborhood comes through in the details – the numerous signs in Polish, the recognizable local bars, and the shots of the Nassau Avenue subway stop and the well known McGolrick Park.

Most of the people Arnold captures on Nassau Avenue are the kind of local residents we all pass by every day, but hardly ever look at closely enough to really see. He shows us a woman at the bus stop from the back, holding her hair in two pieces as it almost reaches the ground. He gets close to an older gentleman, capturing his bald head from behind, his grey hair sticking out in all directions like a wispy dandelion. And he offers us a mysterious photograph of a man on a doorstep as he carries his shopping bags and is probably about to open the door – the problem is, it seems like he has no head. These eye catching shots are mixed with more banal images of pedestrians caught in the rain, kids dressed in superman outfits, a nun with groceries, and other fleeting moments in the streets.

Serendipitous doubling seems to be a favorite of Arnold’s. One image finds two women passing by a funeral home, both wearing the same jackets and black pants and even seeming to walk in unison. Another shot gets close to two middle aged women (maybe they are twins?), reveling in the eccentricity of the matching hair styles and sunglasses.

Arnold’s blurred, snatched-from-the-sidewalks aesthetic is near the casual end of the street photography spectrum, and likely represents the ongoing evolution of the genre to increasingly accommodate the immediacy of smartphone cameras and Instagram sharing. The long term durability and originality of his aesthetic point of view is harder to gauge – there is an argument to be made that packed and eclectic New York offers a lot of this kind of imagery, you just have to be patient enough and have good shoes. But the best of Arnold’s photographs do capture the dynamic essence of a certain side of contemporary Brooklyn. And given that New York has always been a city of distinct neighborhoods and street corner oddities, maybe Nassau Avenue should be thought of as an elegant repackaging of a set of more ephemeral impressions. It’s still street photography, but a version made even more intimate and fleetingly immediate.

Collector’s POV: Daniel Arnold does not appear to have gallery representation at this time. As such, connecting with the artist directly via his website (linked above in the sidebar) is likely the best option for those collectors interested in following up. 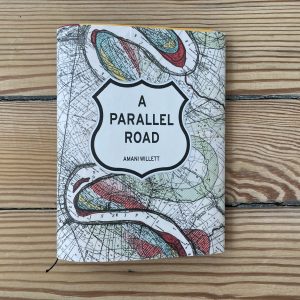