JTF (just the facts): Published in 2018 by Editorial RM (not on main website, but here) and Inframundo/Hydra (here). Hardcover with partial cloth binding, unpaginated (108 pages), with 59 photographs and numerous illustrations throughout, 8.07 x 5.51 inches. Includes texts by Claudia Hans. Designed by Claudia Hans and Inframundo. In an edition of 1000 copies. (Cover and spread shots below.)

Comments/Context: Violence, displacement, and death are the commanding conditions of war – any war, present and past. Once experienced, they impact and alter biographies, not only of those who survived, but also their offspring. With the progression of time, however, these first-hand, often traumatic, experiences devolve from personal stories, to memories engrained in the intimate fabric of a family, to something more removed such as national history or cultural remembrance. Remembering, with its ongoing transformation and the risk of forgetting, is slippery and challenging, especially then, when those who knew, are gone.

Retracing the painful and difficult space of the Holocaust, Claudia Hans’s new photo book Silent Songs takes as its subject the life of the photographer’s late grandmother, Rebecca Soloveichik Botnik. Born in Belorussia, Botnik came to Mexico at the advent of World War II, escaping the Nazi regime with only a few family members. Adjusting to the foreign culture, learning Spanish, and attending The Milton Business Academy (documents which can be found in Hans’s book), the young woman eventually met her future husband (Hans’s grandfather), Wolf Hans, a Polish refugee himself, and began her own family.

As opposed to a “traditional” photobook, Hans considers Silent Songs a book of interventions. Primarily, because she manually reworked the images through cutting, folding, collaging, and embroidering them – but, more importantly, because Hans’s book originates from the publication of another author: Agnes Louise Dean’s Songs for My Grandmother. Written in 1945 and published a year later by Unity Press, Massachusetts, Dean’s book – which is the conceptual and visual backbone of Silent Songs – uses verse and illustrations to narrate the childhood and adult life of the Dean’s grandmother. Hans came across a copy in an old New York City bookstore:

“I bought it because there was something about the book that captured my attention, I bought it without any intention of doing something with it. It was a very nice book […], she went to the place where her grandmother was born and raised. I had the book with me for some years and when my grandmother died, I took it from the shelf and started working with it; it occurred to me that I could use it as a support to tell my own story. There was something poetic about the idea; the problem was that she wrote very nice things and poems, I needed to tell a very hard story.”

As a result, Hans began to experiment not only with her images but also with Dean’s texts, a selection of which is included in, and crucial to, Silent Songs. To allow her own story to emerge from them, Hans obliterated significant parts with whiteout, so that only a few lines or words are visible. Occasionally joined by new words or titles, these new texts create an associative rather than factual narrative and provide Hans’s images with a vague, yet sensitive context.

Silent Songs opens to a modified cover of Dean’s original book. A reproduction of a tintype is superimposed by a taped, small, black-and-white passport photograph of a middle-aged woman, and blocking most of the image beneath it – only a pair of delicate hands holding a book is visible. The tape, like an improvised connective tissue, melds oddly with the cover’s thick, grayish paper. Below both images you read: “Caroline Elisabeth Emery at age eighteen”. And then, in a type that appears hand-stamped: “Rebecca De Hans (Soloveichik)”. Two women imperfectly merging into one; the disguise intentionally incomplete; the story to come an accumulation of often disturbing fragments.

Similar to the text pages, Hans’s imagery, all of which is found, also plays with texture and, thereby, with emphasis and meaning. The gritty, dot-screened surfaces of pre-war street scenes and post-war destruction, military drills and refuge convoys, sharply contrast with the smooth, at times moody, renderings of Hans’s family photographs, capturing the silent dignity of a 19th-century family, the verve of a dandy couple in the 1950s, or joyful countryside trips in the late 1970s. Given Silent Song’s pervading undercurrent of death – which, even if explicitly present only once (in the grainy photograph of naked, emaciated bodies lying under skinny birches), is continually insinuated – the family photographs feel easy to relate to and like an almost gladly accepted escape into nostalgia.

However nostalgia provides little comfort, especially when confronted with the book’s recurring motifs of children: their drawings, their faces, and their now-obstructed eyes – most painfully captured in a series of nine black-and-white photographs of three young girls, two of them with shaved heads, wearing concentration camp clothing; still alive but dehumanized as ethnographic studies. Paired with the line “But I am just a little girl”, it is hard to not feel ill.

As Hans slowly and deliberately moves through and into the landscape of destruction and loss, small signs of life and new beginnings, thankfully emerge. At times, they are absurd and ironic, like the “mid-winter holiday” ad, promoting “deep-sea fishing” and “surf bathing” in Mexico; other times, they are desperately hopeful, like the engagement invitation of Hans’s grandparents, written in Spanish and Hebrew, or a photograph of the aged couple standing on a ship, smiling, with their clothes and hair blowing in the wind.

More handmade and derivative in spirit, the design and concept of Silent Songs is unlike other photobooks engaging the Holocaust – such as Paweł Szypulski’s Greetings from Auschwitz, uniting a more than irritating collection of postwar postcards sent from the concentration camp, or Adam Kazckowski’s Auschwitz-Birkenau. I first came across Hans’s publication in the summer of 2018, while the book was still a dummy. It drew my attention because it felt so personal, and unlike any other recent books on this subject matter I had seen.

Hans wrote me that her manual process of making her book was important not only for herself, but because she wanted the reader to know that somebody was working through this history with them, and significantly, that everyone would find a way to relate to it. “I wanted to tell my own story, your story, the story of so many families around the world. Stories of broken families, discrimination, violence, separation, new beginning, travelling, immigration.”

The appropriation of images – personal, vernacular, or public – and their combining with texts, is a common artistic practice, specifically when it comes to traumatic and violent content. An early, and among the most outstanding examples, is Berthold Brecht’s Kriegsfibel (War Primer). Mainly completed in 1947 but published only 1955, it engages National Socialism, the Holocaust, and World War II from a German perspective. Inspired by Brecht’s book, Broomberg & Chanarin made War Primer 2, a sequel on the “war on terror” (but, sadly, less precise, rigorous, and self-critical than the original). Other examples are Holy Bible, by the same duo, or Valentino Baracchini’s Mauthausen, which combines carefully cropped photographs of the title’s Austrian concentration camp with texts by Hannah Arendt.

Given the ubiquity of images, and the informational vacuum they often reside in, I believe that appropriating and transforming them is valid and forceful, as long as crucial context and a position of the author are provided as well. Hans does her best to do so, and largely succeeds in her effort against the loss of personal and cultural memory.

Yet, the longer I sit with Silent Songs there is an aspect I struggle with – its claim for universality and lack of specificity regarding the pictures’origin and purpose, particularly emphasized in the book’s inlay poster combining imagery of the Holocaust with other, recent, conflicts. While persecution, violence, murder, and loss have shaped many biographies not only during World War II, the Holocaust, with its industrialized, strategic extermination not only of Jews, but also the elderly, disabled, queer, political opponents, Sinti and Roma, artists, and writers – eight million people who were “different” – is a singular event in world history, standing apart from other horrific, historic crimes committed against ethnic, religious, sexual, political, or other minorities – and majorities.

Although the Holocaust was a form of genocide, “genocide” and “holocaust” are not synonyms, and they should not be mistaken as such – just like the picture of a child, killed or starved to death, a is not equivalent to a photograph of bones perversely collected in a concentration camp. It is, perhaps, as one born and raised in Germany, and with an obligation in facing the country’s history, that I believe in the necessity of words, whether they are explanatory, descriptive, poetic, or personal, to be specific – not only to rightfully remember but to prevent, resist, move, connect. As such, they can bestow images with more gravity.  As allies, both can engender empathy, a much-needed education of the heart.

Collector’s POV: Claudia Hans is represented by Hydra+Fotografía (here), Mexico City. Her work has little secondary market history at this point, so gallery retail remains the best option for those collectors interested in following up. 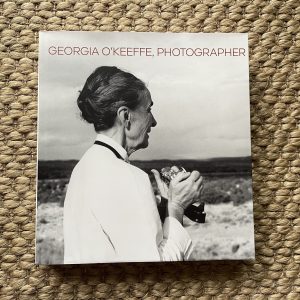