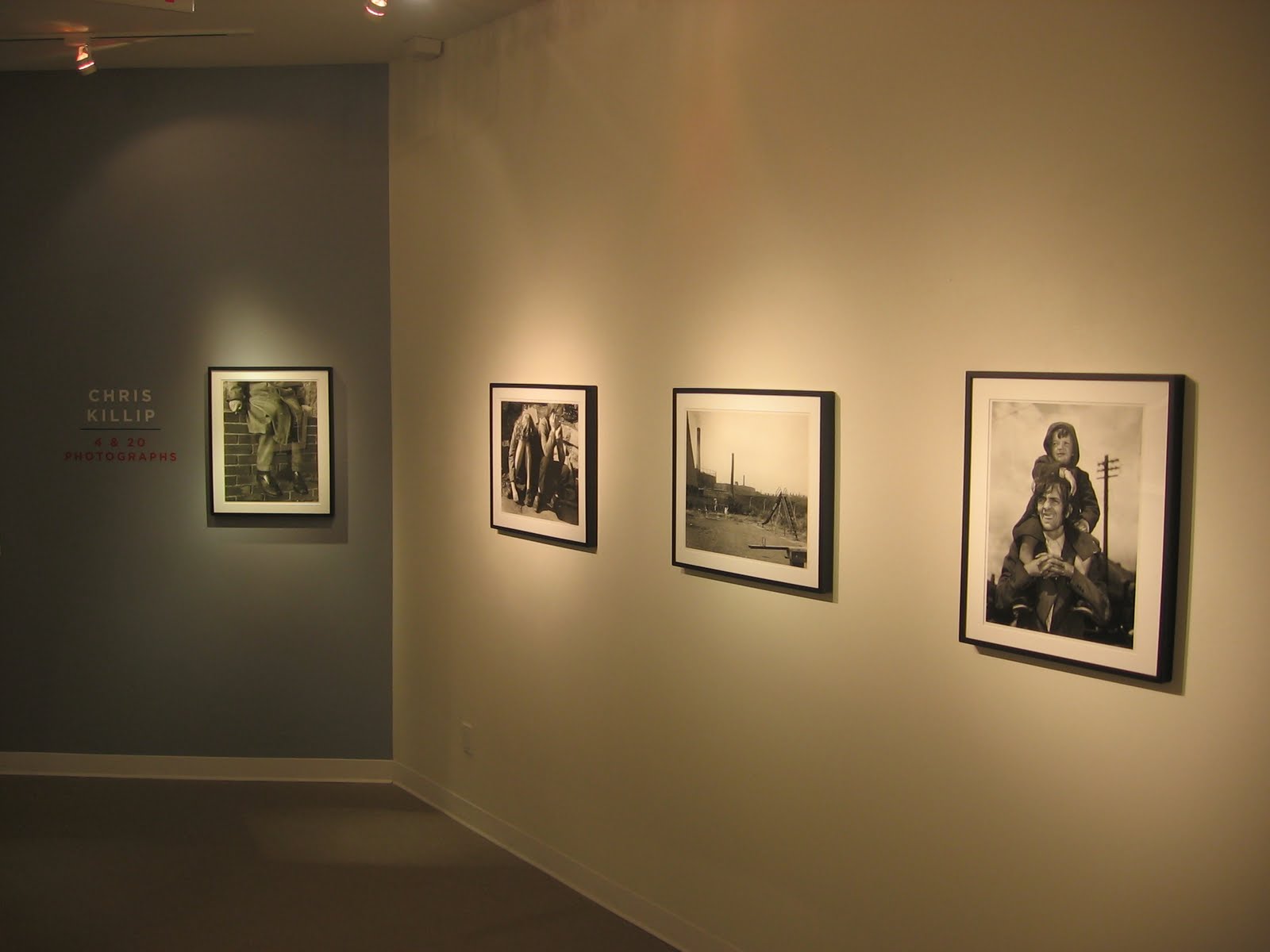 JTF (just the facts): A total of 24 black and white photographs, framed in black and matted, and hung against grey and off-white walls throughout the gallery space. The works on display were printed using a mix of processes: most are gelatin silver, but there are a few inkjet prints included as well. All of the prints are 24×20 in size (or reverse) and are uneditioned. The images were made in Northern England between 1974 and 1988. Most of the prints are modern prints made recently by Killip himself; a select number of vintage prints are also on view. (Installation shots at right.)

Comments/Context: Even after many years as a collector, the intricacies of how the markets for photography operate often still puzzle me. I wonder: how is it possible that until now a photographer as talented and influential as Chris Killip has failed to have a solo gallery show in the US? Curators and institutions have long known his work, and In Flagrante is widely recognized as one of the great photobooks of all time. How is it then that he doesn’t have a broader following? It’s a complete head scratcher. 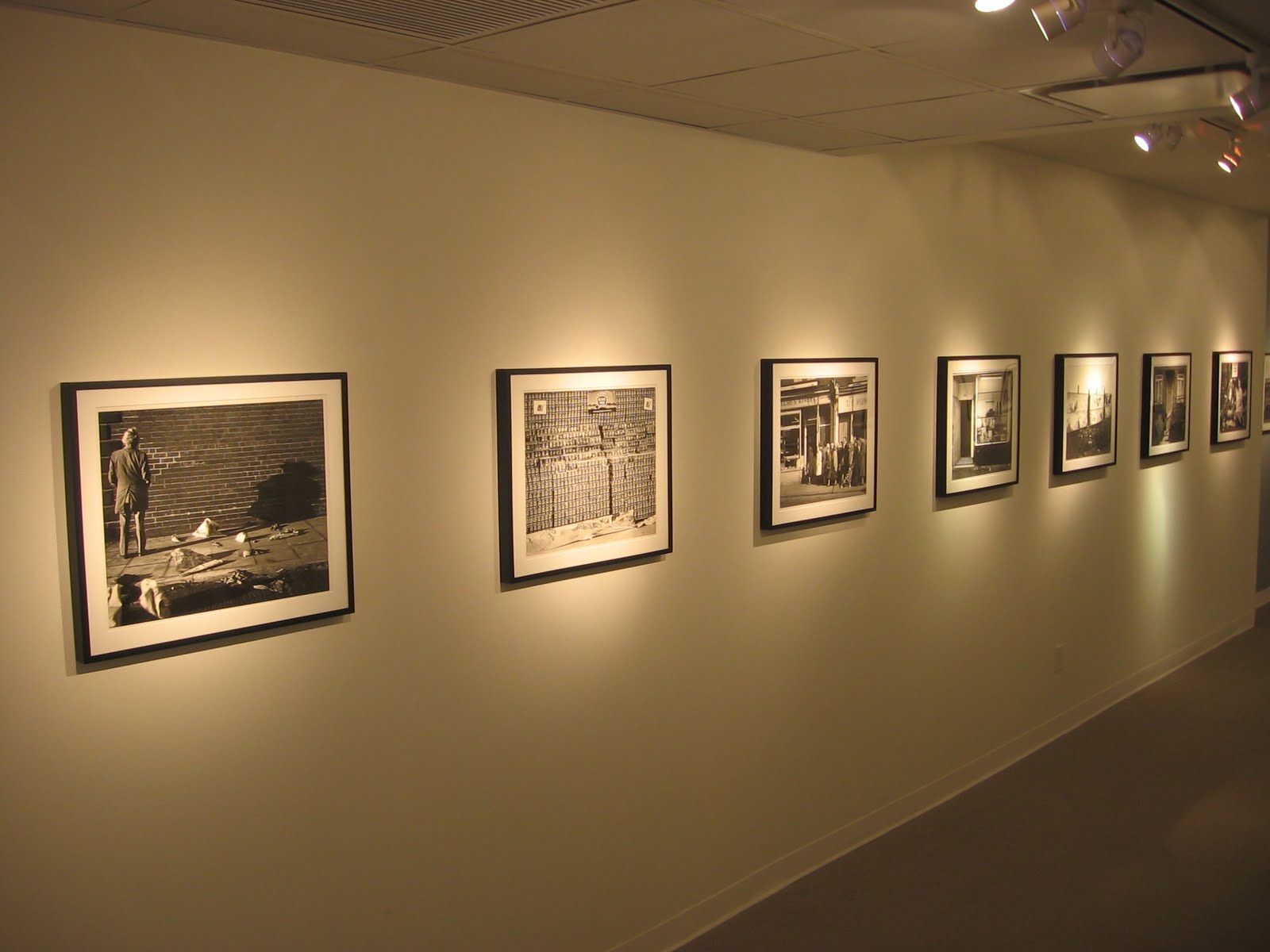 This show gathers together a mix of the known and unknown Chris Killip, a few images that might be familiar and a number of pictures that have never been published. The works document the lives of ordinary people in the North of England during the 1970s and 1980s as the governments of Margaret Thatcher and others worked to dismantle much of the country’s aging industrial base. The pictures might be classified as ‘social documentary’, but I think this label overlooks the strength of emotion that simmers underneath his photographs.
.
Killip is able to capture a whole range of related feelings through the turn of an arm, an expression on a face, or the stance of a man in an overcoat. These images uncover despair, weariness, anxiety, and boredom from the inside, and with a sense of empathy that makes the situations achingly real. He then uses careful juxtapositions to both express glimmers of hope and simultaneously undermine them. Children play amidst the squalor of housing projects or on building scaffolding (like an improvised jungle gym) with dirty smokestacks in the background. A family sits on a blanket in their Sunday best, surrounded by trash and worn out grass. Gardens of roses and brussel sprouts are flanked by broken fences, rubbish bins, and plywood walls covered with torn posters. ‘True love’ is chalked on a brick wall near a sidewalk strewn with newspapers and garbage. Confrontation and violence seem just outside the frame, as the society slowly breaks down under the weight of declining prospects. Neighbors are reduced to peeping out of their windows, fearful of the world outside.
. 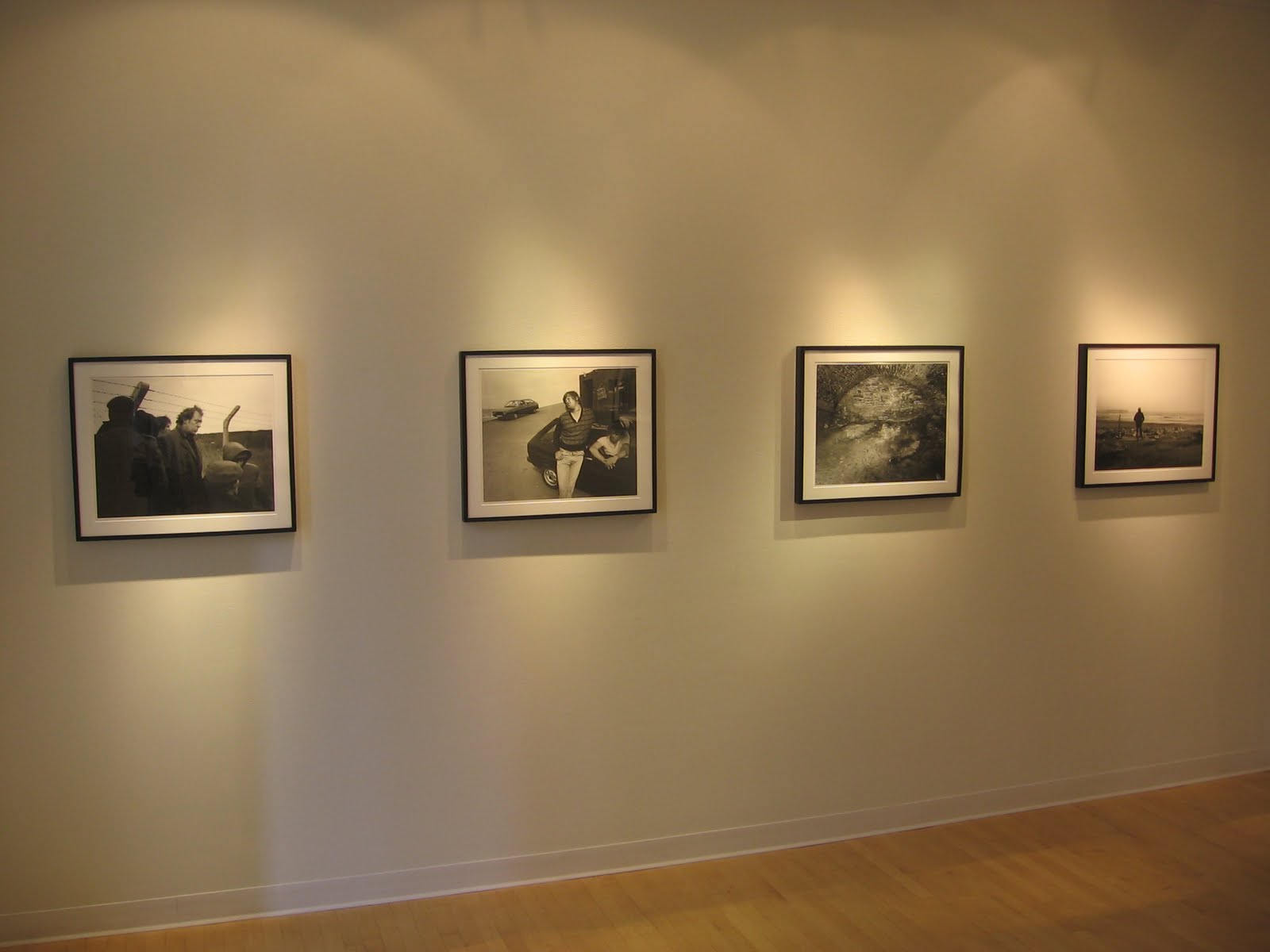 In seeing these images in person for the first time, I felt a direct connection to the work of David Goldblatt, to the telling of larger, more complicated stories through the nuances of smaller everyday moments. There is the same sense of making pictures that have a pointed political message, by catching the contrasts but without highlighting the obvious. Individually and together, Killip’s images tell the sad stories of slow, relentless decay and of the harsh tests to their resilience that these people have had to repeatedly endure.

I came away from this show with an increased appreciation for both Killip’s compositional skills and craftsmanship, as well as his ability to single out resonant moments that can help outsiders to better understand the plight of his subjects. It’s an impressive body of work, full of durably memorable images of the edges of hopelessness.

Collector’s POV: The prints in this show are priced as follows: the contemporary prints are $4500 each, while the vintage prints are $10000 each. Surprisingly, Killip’s work has not yet become widely available in the secondary markets. A few recent prints have come to market in the past few years, fetching prices between $3000 and $6000, but there are so few data points, it is hard to chart much of a line. As a result, gallery retail is likely the only option for interested collectors at this point, and Amador is Killip’s sole representative in the US. The artist is also represented by Eric Franck Fine Art (here) in London.
Rating: ** (two stars) VERY GOOD (rating system described here)
Transit Hub:
Chris Killip, 4 + 20 Photographs
Through November 13th
Amador Gallery
41 East 57th Street
New York, NY 10022
Twitter| Facebook|