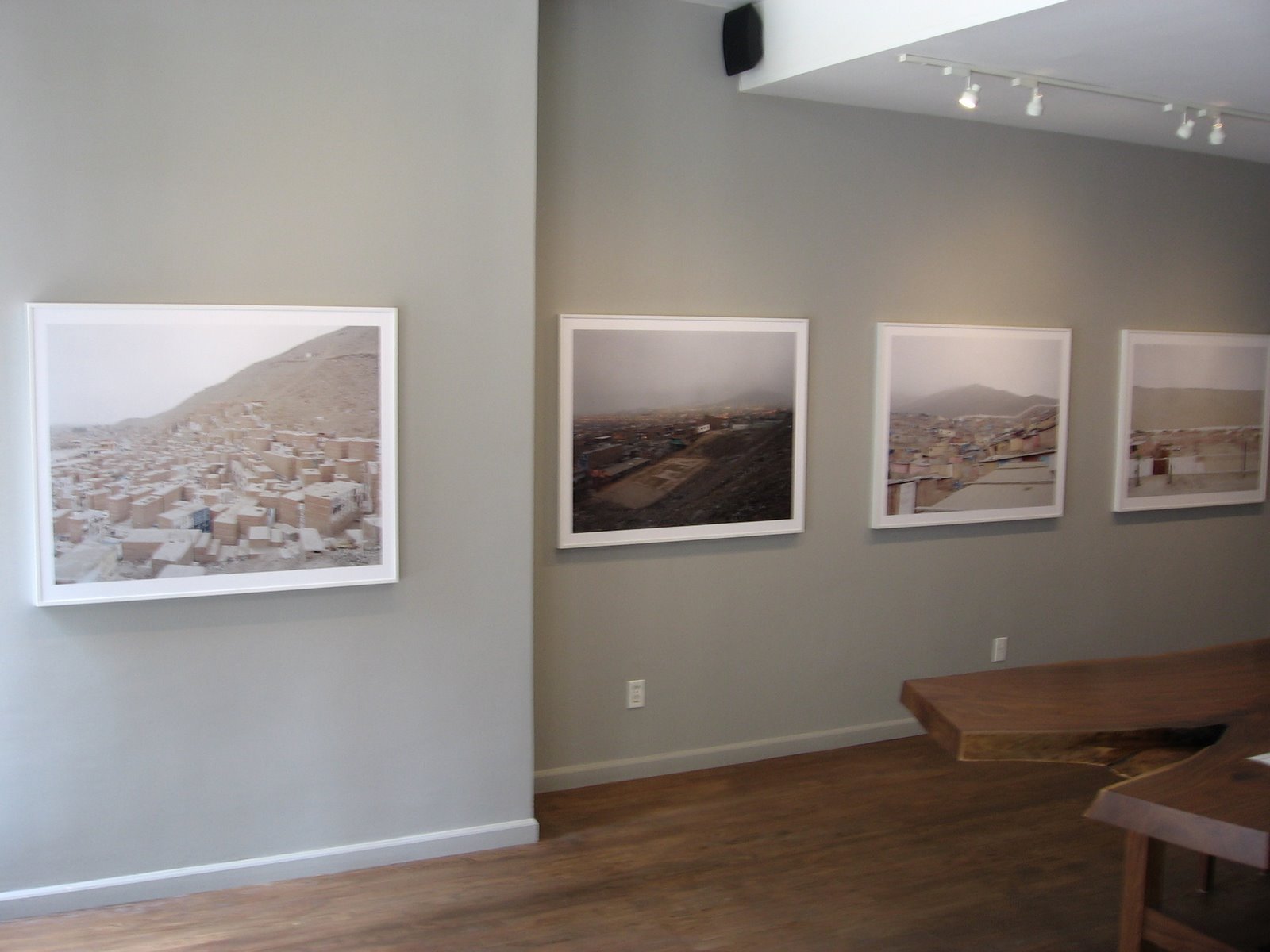 JTF (just the facts): A total of 10 color images, framed in white with no mat, and hung against grey walls in a single room gallery space. All of the images were taken in 2007. The prints are ink jet on dibond, in sizes either 35×44 or 55×43. (Installation shots at right.)

Comments/Context: In his first solo show now on view at Anastasia Photo, Carlos Jiménez Cahua documents the sprawling towns on the edge of desert outside Lima, Peru. Low rise buildings made of brick and concrete, corrugated tin and plywood, with blue plastic sheeting for windows, cover the dusty land in suffocating edge to edge clusters. Rectangular boxes repeat for mile after mile, as though they were self-replicating, creating geometric patterns in the dun colored land. Misty orange street lights bathe the settlements in eerie light when the sun retreats. 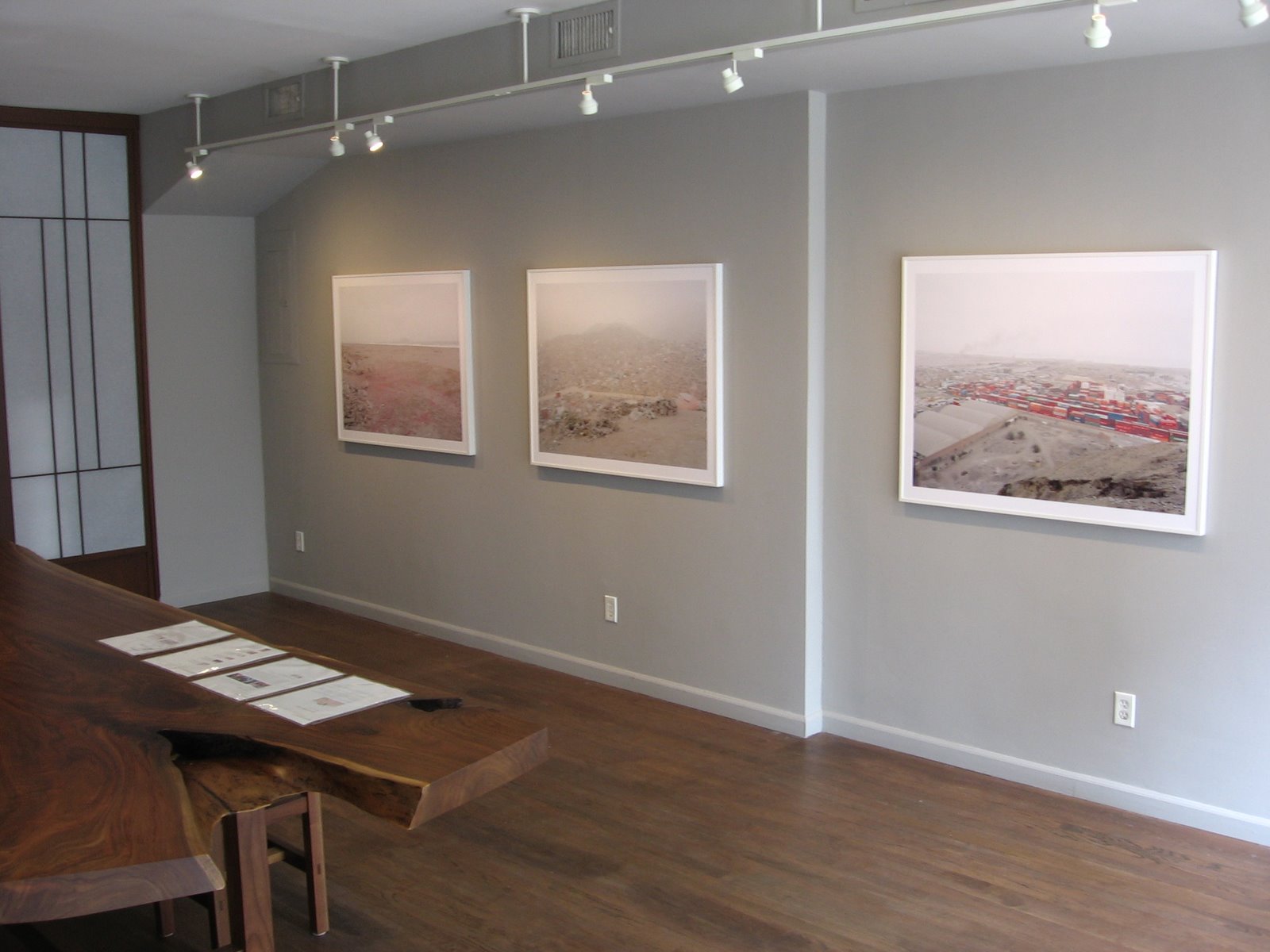 Never completely out of sight are the encroaching mounds of dirt and sand, looming ominously in the background or swirled into a think foggy soup by the wind. The towns seem precipitously perched on the edge of the powerful desert, at the mercy of the natural forces that push the sand into every crack and crevice. The forecast each day seems to call for yet another dust storm.
Out of this gritty geography, Cahua has discovered a variety of memorable moments: the cinder block cemetery, full of small bricked up pods for the dead; the missing building amidst the density of the built environment, the solitary structure covered in neon paper posters. To my eye, these pictures are about the desperation of people who are forced to live in an inhospitable environment, fighting an uphill battle day after day to gain a toe hold against a land that is indifferent to their struggle.
Collector’s POV: The images in this show are priced at $2000 or $2500, depending on size. This show is another reminder of the power of well made documentary photography, and a solid first outing for a promising new photographer.
Rating: * (one star) GOOD (rating system described here)
Transit Hub:
Carlos Jiménez Cahua, Lima
Through August 15th
Anastasia Photo
166 Orchard Street
New York, NY 10002
Twitter| Facebook|