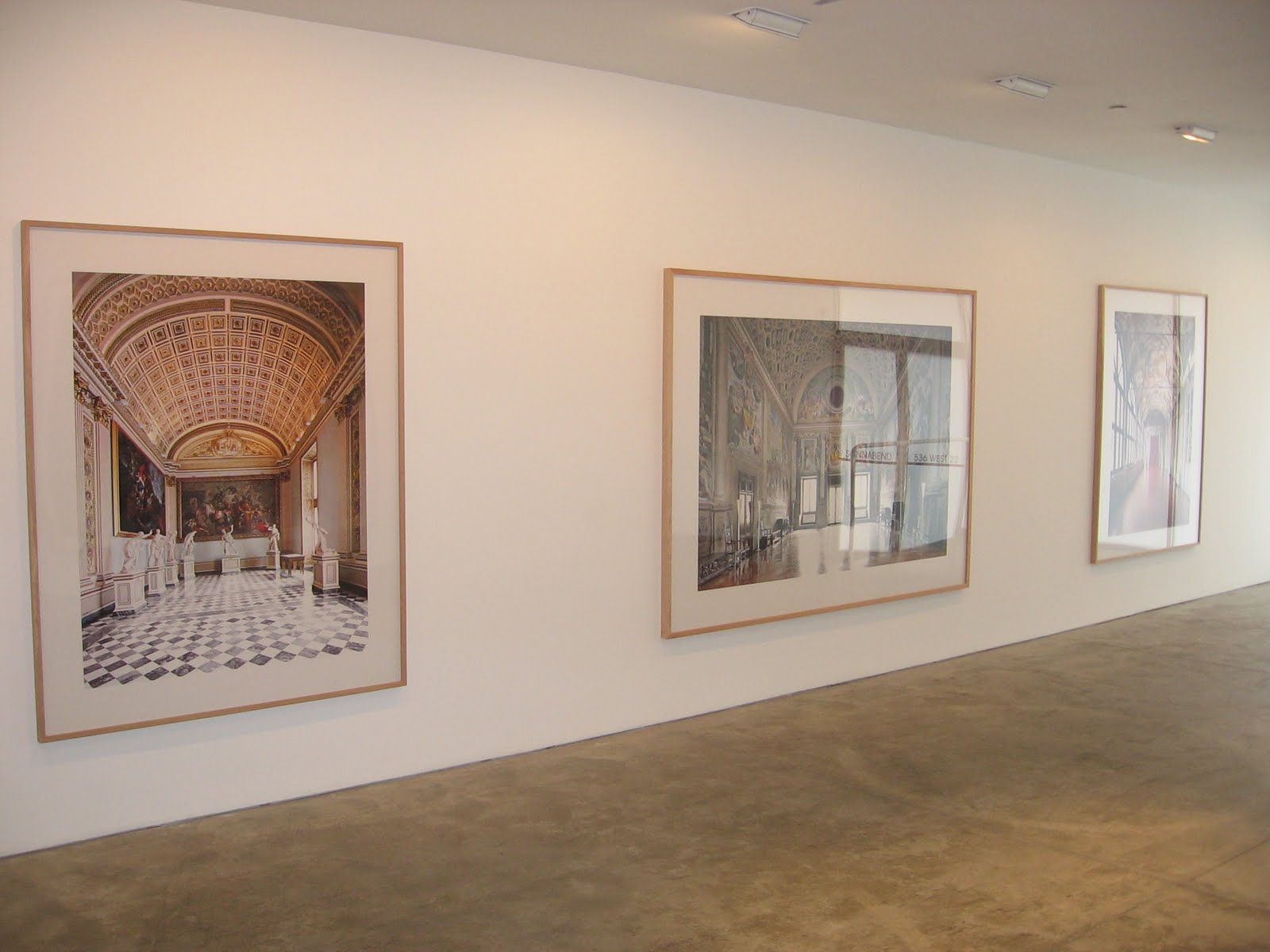 JTF (just the facts): A total of 7 large scale works, framed in blond wood with no matting, and hung in the entry and the center room in the rear of the gallery. The c-prints range in size from roughly 75×61 to 80×102 and are made in editions of 7. All of the negatives are from 2008 and 2009, and were taken in Florence and Naples. A monograph of this body of work (entitled Napoli) has recently been published by Schirmer/Mosel (here). (Installation shots at right.)

Comments/Context: After years of seeing shows of Candida Höfer’s images of ornate public spaces and interiors and thinking they all looked generally the same, this exhibit of recent work from Florence and Naples made me think quite a bit more deeply about her artistic approach. For the first time, I got beyond the documentary novelty/awe of the over-the-top constructions and ornamentations themselves, and started to think about these pictures as a kind of nuanced portraiture, to see the artist’s style more clearly layered over the subtleties of architectural personality. 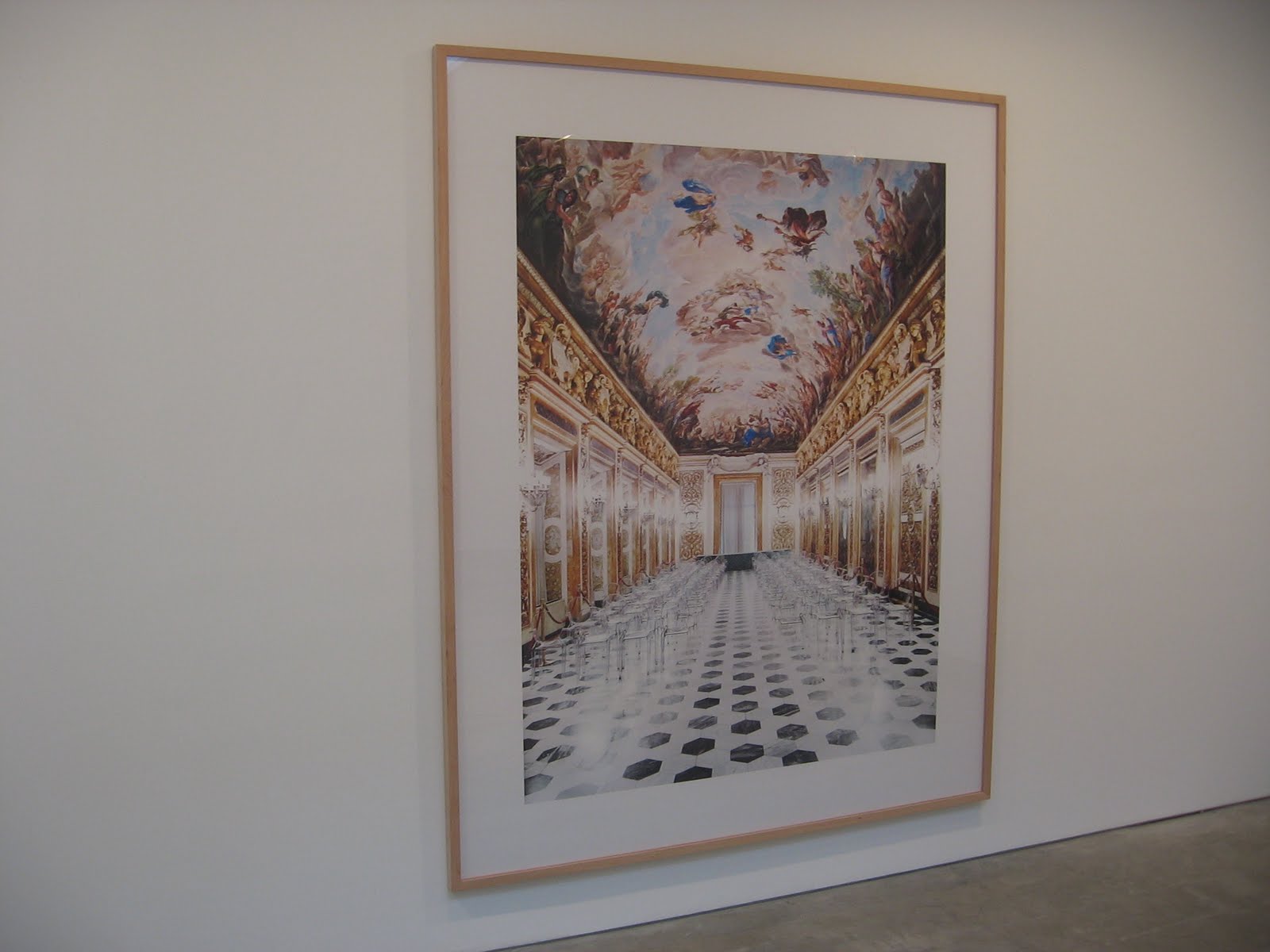 In a certain way, these Italian pictures look like any number of other pictures she has taken previously: formal rooms, frescoed ceilings, checkerboard marble floors, classical sculpture, cherubs, flashy chandeliers, and rows of columns. There are impressive palaces, ballrooms, entry halls and libraries, all designed as overt signals of wealth, power, and status. Each is entirely empty of people, the polished floors reflecting the pure white light which pours quietly in through the windows.
I guess it was the simple thought exercise of comparing these images to how I would expect these same famous rooms to look on post cards in the nearby gift shops that started me down a more complicated reading of these photographs; when they’re printed large and hung as individual objects, it’s sometimes easy to just get lost in the grandeur of the prints and forget to think about the subtle differences in composition, framing, or lighting that Höfer has employed. 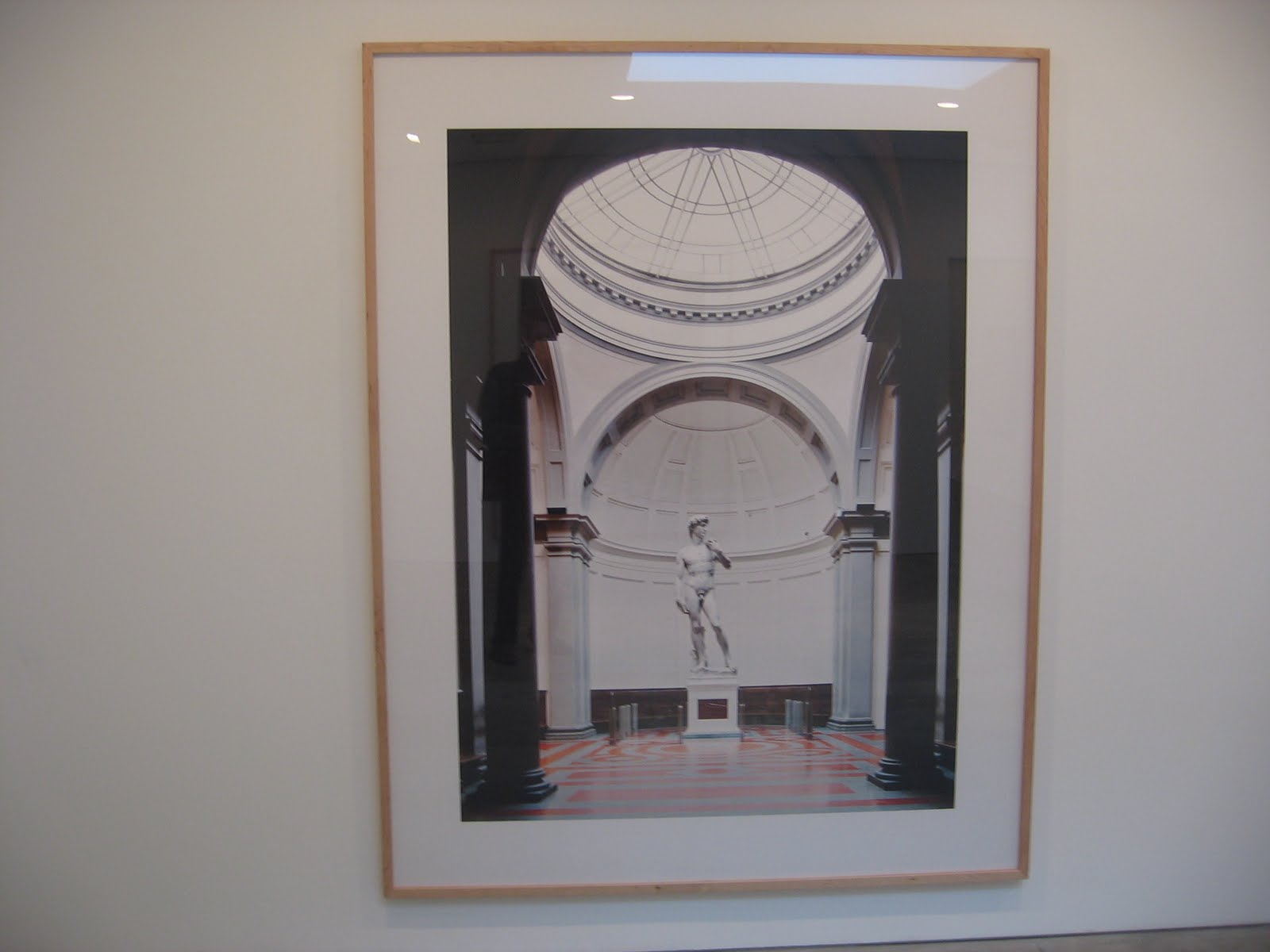 If we looked at a series of Avedon or Penn portraits, all taken with monochrome backgrounds and frontal poses, we wouldn’t say they all looked the same; we’d see the tiny gestures that have been captured that make the people individuals, and we’d see the overlay of the photographer’s approach augmenting the exploration of these often hidden features. The same is true here: I suddenly became aware of how the square framing had been used to better capture the elongated decorated ceilings, or how the curves of a chandelier were carefully placed to interact with the balconies of a double height room. I also saw how Höfer had highlighted the cluster of modern plastic chairs that were set up in one of the ballrooms and realized how they formed a surprising juxtaposition to the ornate religious frescoes and gold leaf on the walls and ceilings. Even the David (perhaps the most cliched subject imaginable, often seen looking up at its magnificence) was photographed in an unexpected way that made the immense statue look more vulnerable, the grandeur of the domed glass atrium in which it stands dwarfing the iconic sculpture.
All in, I was much less distracted by the grand locations themselves in this body of work, and as a result, saw much more of Höfer’s aesthetic approach than I have noticed previously. I’ve come to the conclusion that Höfer’s work cannot be appreciated via the normal “stand for 5 seconds and move on” approach to gallery hopping; it requires the patience to let the initial eye-catching drama dissipate and dissolve a little, so that the more subtle details of the photographic craft can come though. 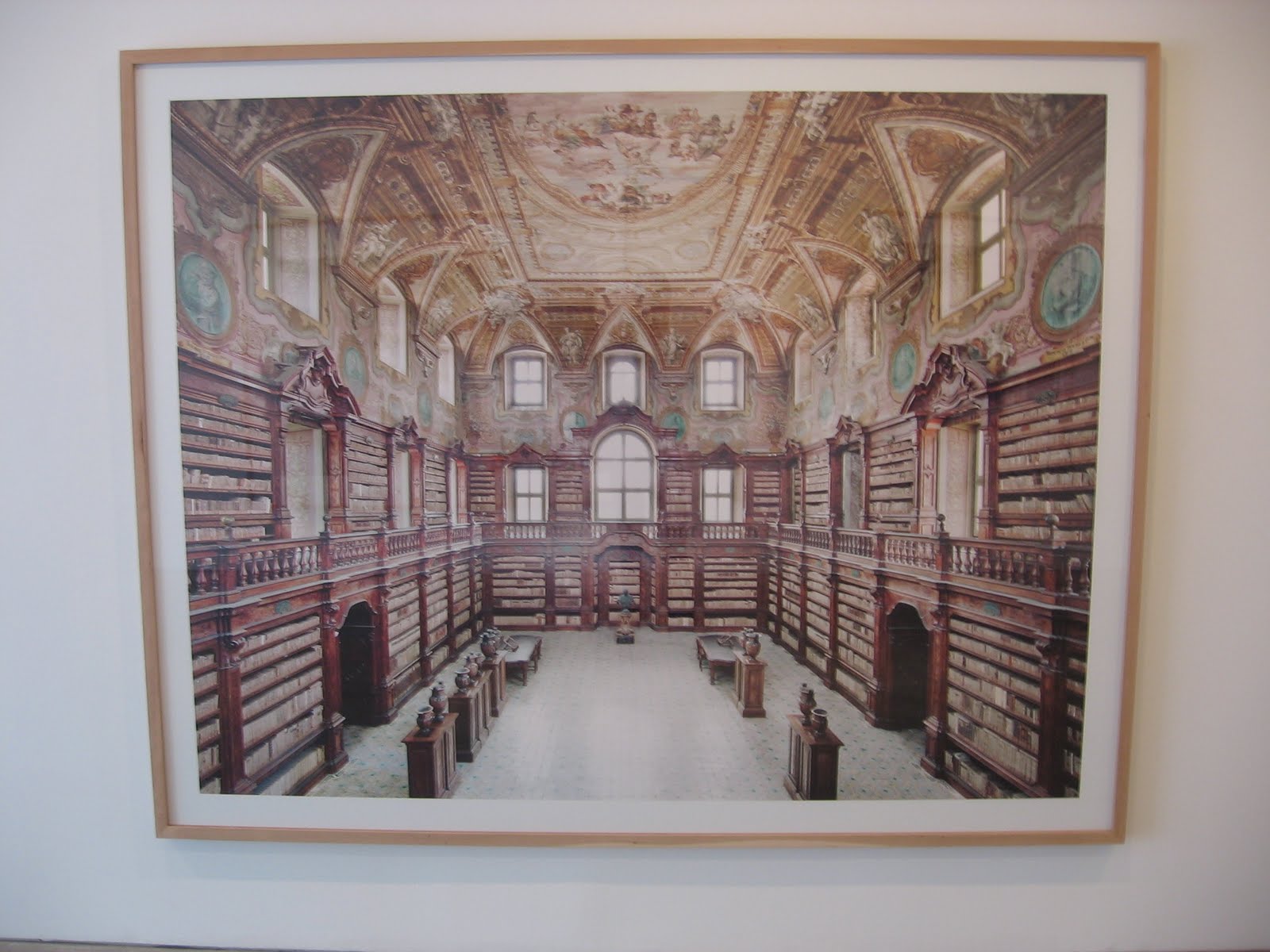 Collector’s POV: The prints in this show are priced between 45000 and 50000€, based on size. Höfer’s work is readily available in the secondary markets, in a variety of dimensions and edition sizes. Smaller pieces can be found well under $10000 (often in editions of up to 100), while the larger works (printed in much smaller editions, usually 6) range between $20000 and $50000, with a few outliers even higher.
Rating: * (one star) GOOD (rating system described here)
Transit Hub:
Candida Höfer, Florence and Naples
Through April 17th
Sonnabend Gallery (artnet page here)
536 West 22nd Street
New York, NY 10011
Twitter| Facebook|