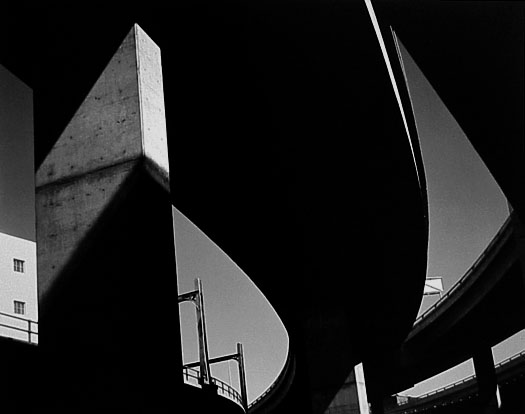 From time to time, being the manic collectors that we are, we check the Photography area on eBay to see what’s up for sale. Surprisingly, there are often high quality photographs buried among all the offerings (patient sifting is required), and we have had luck in purchasing some items at very reasonable prices (AKA bargains) over the years.

In doing a quick check yesterday, I came upon a massive group of Brett Weston images up for sale at the Levin Gallery (here, Westons only, sorted by price highest first). According to the background information given there, in 1974-1975, Brett Weston made a set of portfolios of his work called the 100 Print Collection. A total of 10 of these portfolios were made, 6 of which went into public and private collections, the other 4 failed to sell and were broken up by Weston himself. (San Francisco Freeway, 1967, at right top, via Levin Gallery.) 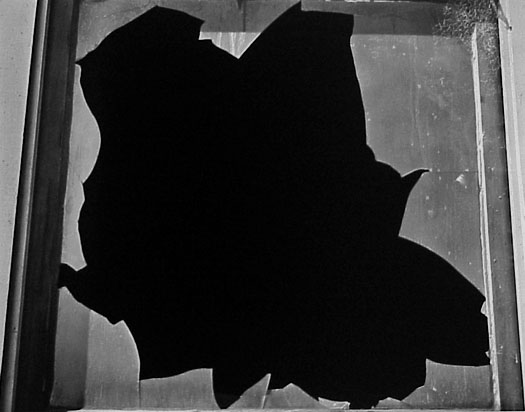 One of the portfolios that was in private hands has now come free, and the owner has decided to keep 9 of the images and sell the rest. Therefore, there are a staggering 91 Brett Weston images, all printed in the mid 1970s, up on sale right now. (Broken Window, San Francisco, 1937, at right bottom, via Levin Gallery.)
Normally, such a large group would swamp the market and drive prices down, so the typical eBay auction method is not being used. Instead, each lot has been given an anchor “Buy It Now” price and the option to “Make An Offer”. The anchor prices vary between $3500 on the low end up to $15000 on the high end, with many in the $8000 range. The text however goes out of its way to remind potential bidders that “all reasonable offers will be considered”, so clearly there is some flexibility to move prices downward. In general, the prices seem to reflect a gallery retail kind of price, rather than a secondary market auction price. My guess is that at auction many of these would go for plus or minus half the anchor price (or less). That said, there are quite a few unusual images in this group, some of which we have never seen, so scarcity may play a role in keeping prices higher.
In any case, if Brett Weston is your thing, or you’ve always wanted to own one, now is a great time to see a large group together and potentially pick off one or more fine prints at a reasonable price.
Levin Gallery eBay store (here)
Twitter| Facebook|