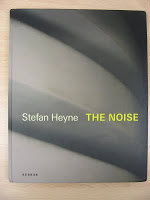 JTF (just the facts): Published in 2008 by Kehrer Verlag Heidelberg. 96 pages with 45 color images. Includes essays in German and English by Klaus Honnef, Raimar Stange, and Gregory Knight, and a short biography. (Cover shot at right.)

Comments/Context: In recent years, the blur seems to be making a comeback as credible photographic technique. Generally scorned as the result of a photographer’s mistake or ridiculed as too art school self-conscious, in the past decade or so, both Thomas Ruff (nudes and JPEGs) and Hiroshi Sugimoto (architecture) have successfully reintroduced the blur as a conceptual exercise in questioning the nature of seeing and perception.
German photographer Stefan Heyne combines the use of blurring with an interest in fragmented abstraction, creating fuzzy images of often unidentifiable colored surfaces and forms. The best of the works in this book recede into unrecognizable shadowy constructions, reminiscent of Rothko’s color fields and Newman’s zips. In many ways, his works are a rejection of the tyranny of sharpness that dominates the medium; the pictures are not about truth or reality, but about amorphous ambiguity, where real things are reduced to humming angles and stripes. In some of the images, the object being photographed is too easily identified, and a bit of the spell is broken by your mind saying “it’s a boat”. But for those perplexing pictures where there is no obvious answer to what is being shown, the simplicity of the abstraction takes over and the compositions are much stronger. What I like about Heyne’s approach is that he is pushing the boundaries of the medium in novel ways, trying a different path than nearly everyone else around him. He doesn’t always succeed in making a memorable picture (who does?), but I like the fact that he’s out there on the knife edge, taking some risks and going against the grain.
. 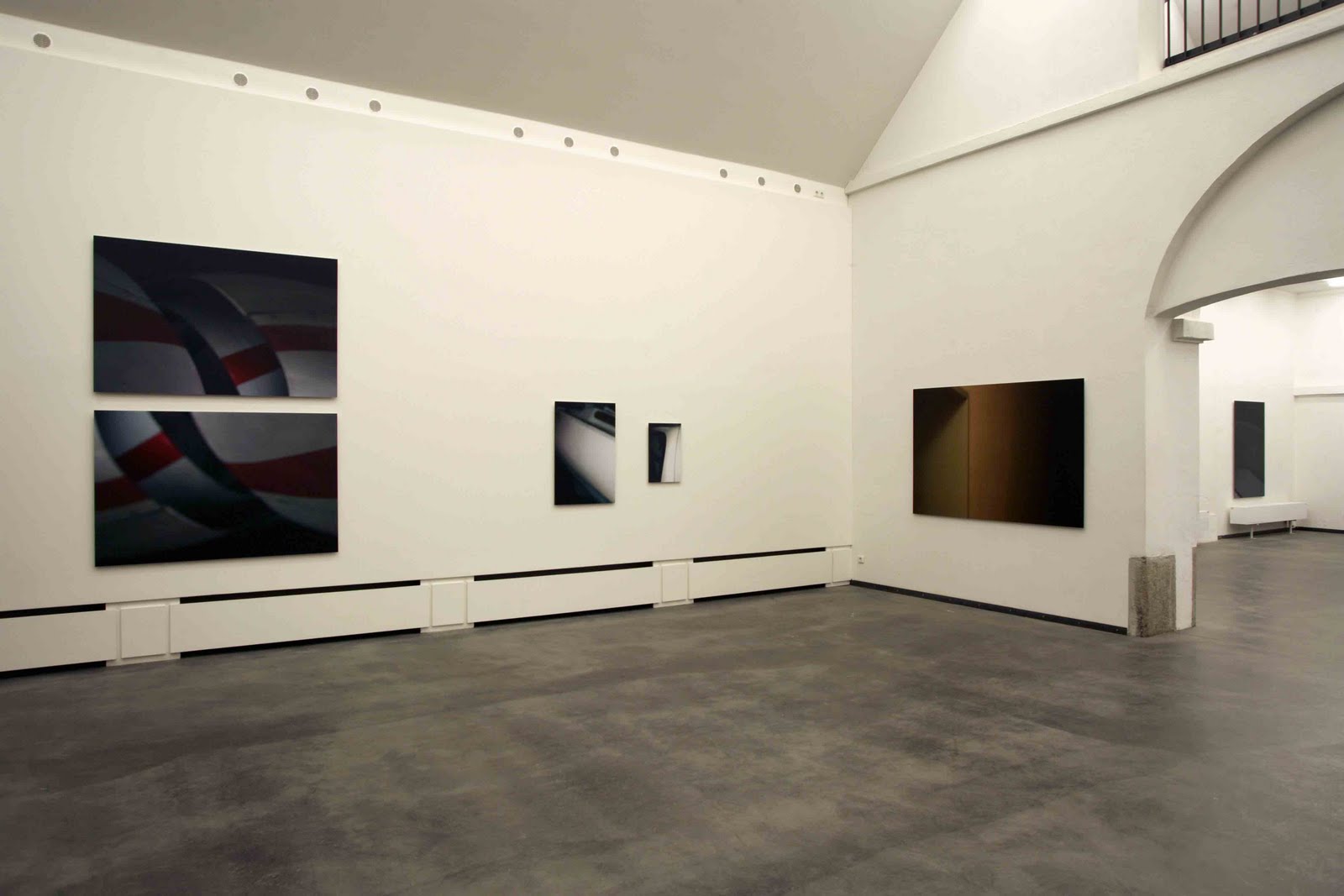 Collector’s POV: Stefan Heyne is represented by Kaune Sudendorf Cologne (here). His works range in price from approximately $6000 to $14500. His images are mounted on aludibond and covered with a protective film, and come in editions of 3 or 5. Heyne provided me with the image at right, an installation shot from one of his recent shows. You can see from the picture that the works are generally large and have an object quality to them (in contrast to a traditional matted photographic look). This makes them a poor fit for our own collection, but they would likely interact well with other sleek contemporary photography.
.
Transit Hub:
Twitter| Facebook|