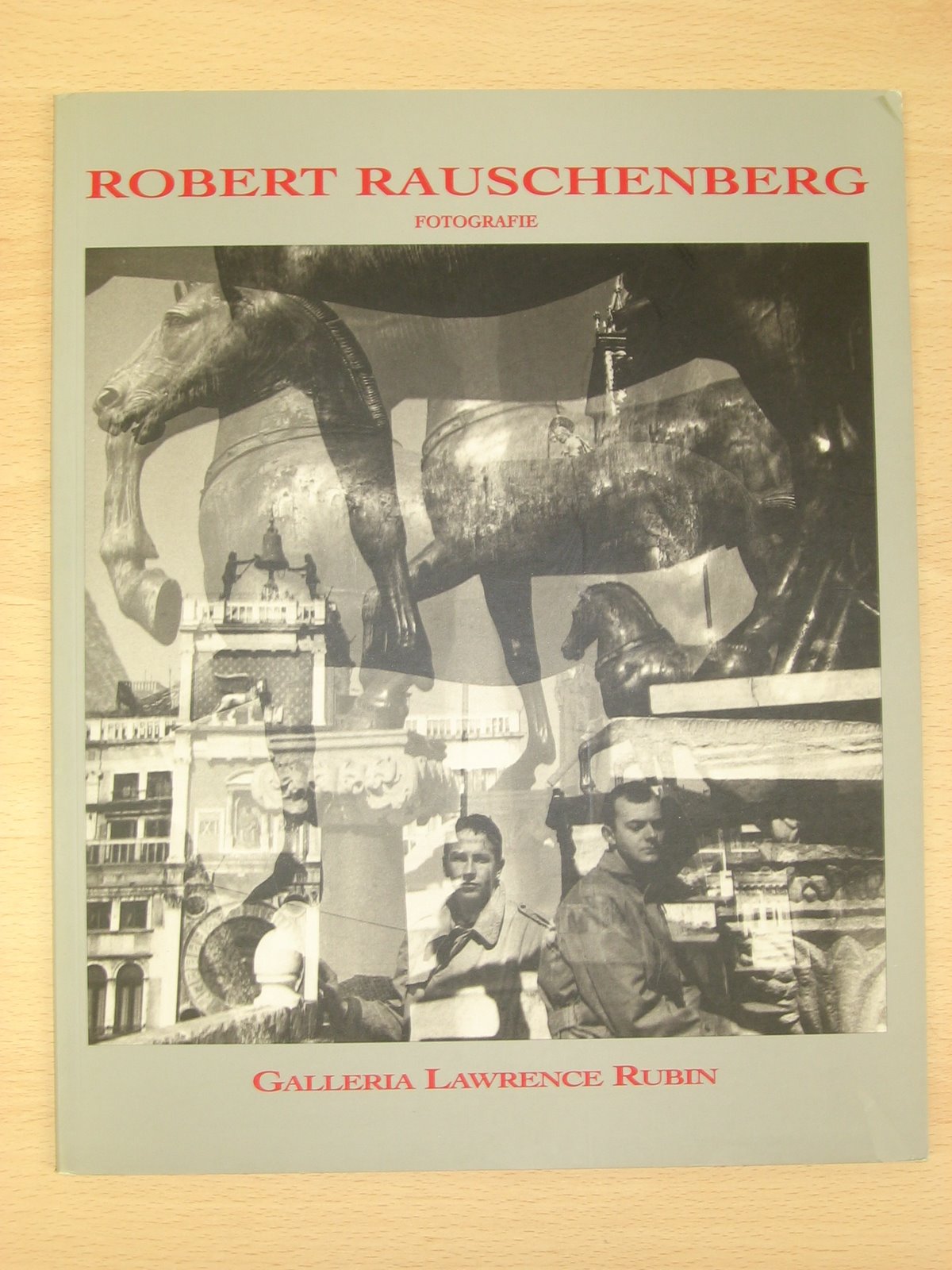 Comments/Context: In the past few years, we’ve run across photographs by the great American painter and printmaker Robert Rauschenberg from time to time in exhibits and shows of his work, but had never really seen enough of them side by side to draw any conclusions about his talents as a photographer. So when I recently came across this thin exhibition catalogue buried in the shelves at the Strand, I thought it would be a good opportunity to get better educated on his output with a camera.

If the contents of this volume are any guide to his overall approach to the medium of photography, Rauschenberg had alternating periods of intense interest and decades of inattention. The first period of activity came during the late 1940s and early 1950s, when he was working at Black Mountain College (with Albers, Callahan, Siskind and others); his images from that time are square format experimental shots, with a hint of Surrealism. Thirty years pass with virtually no photographs to show, and then in the early 1980s, Rauschenberg picks up his camera (now 35mm) and begins to shoot again, this time in a more humanist, later Kertész type of mode, with a few exotic foreign locales thrown in for good measure.

With a little bit of imagination, it’s possible to see Rauschenberg’s interest in the juxtaposition of found imagery and the layering of overlapping forms in some of the later pictures. As it is however, while these are certainly well made photographs, I think most viewers would be hard pressed to identify these images as made by Rauschenberg without some help from a wall text or caption. Perhaps if he had devoted more consistent time and energy to his photography over the years, the work might have become more refined and representative of his larger artistic vision.

Collector’s POV: The photography of Robert Rauschenberg is represented by Pace/MacGill Gallery in New York (here). Only a handful of Rauschenberg’s photographs have come up for auction in recent years; in general, the prints have been sold between $1500 and $10000. Some of the 1950s era images were reprinted in large editions (50) in the late 1970s, making them more available. My particular favorite from this catalogue was New York City, 1981, an image of a silhouetted dog waiting in a truck, with a brick wall and fire escape as backdrops.