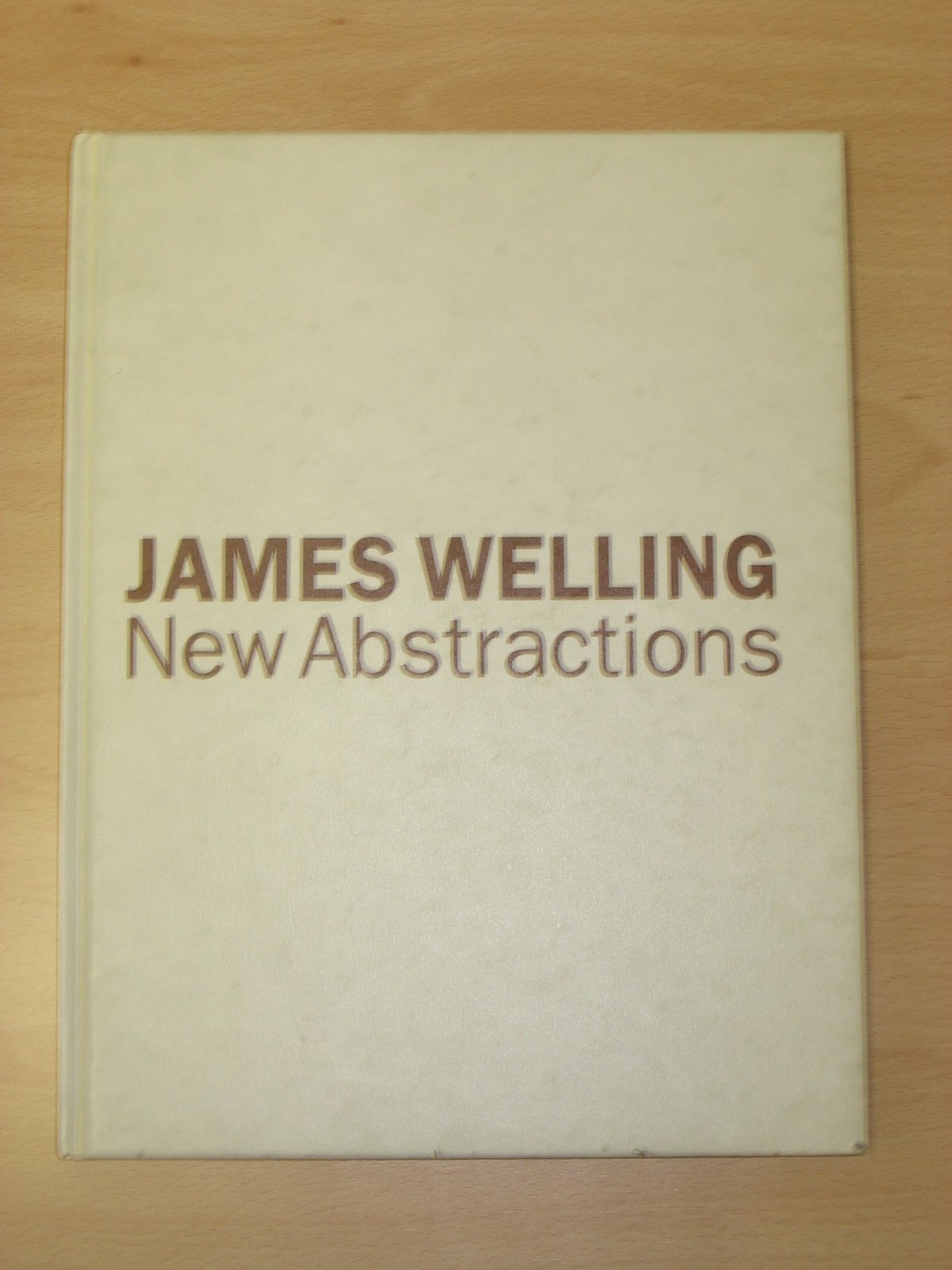 JTF (just the facts): Published in 1999 by the Sprengel Museum Hannover (here), in conjunction with the DG Bank-Förderpreis Fotografie 1999 exhibit. 52 pages with 16 black and white images. Includes an essay by Alain Cueff in English, French and German. (Cover shot at right.)

Comments/Context: Given the recent surge of press around the Pictures Generation show at the Met (our review here), James Welling is once again back in the spotlight. This thin catalogue is, however, another of our recent finds at Printed Matter in Chelsea, and takes us back a decade or so, to the late 1990s, when Welling was experimenting with abstract photograms.
Welling’s process for making these images is worth a quick review. He began by taking strips of cardboard/paper and placing them in intersecting and overlapping patterns on light sensitive paper, thereby creating a white on black image after developing. He then digitally scanned the images, reversed them, and created negative prints that were black on white.

My first reaction to these images were that they were a riff on Modernism, an echo of the patterns of fire escape shadows, architectural skyscraper skeletons and the Third Avenue El from 1920s New York, only cleaned up and made crisp in a geometric, graphic design mode. (Untitled #9, 1998, at right, via artnet.)
After looking at them a while, their representation of anything in particular fell away (particularly since the dark areas have no sense of depth or volume), and I was left with sharp edged angles and stark contrasts. Of course, there are obvious relationships to the history of photograms (Man Ray, Moholy-Nagy et al), but in many ways, these images seem to function more like Franz Kline Abstract Expressionist paintings, the thick lines anchoring the pictures and shaping the space.
To our eyes, there is an undercurrent of simple art school cleverness here, but overall, these are compelling and visually exciting abstractions that challenge the edges of what we define as photography.

Collector’s POV: James Welling is represented by David Zwirner in New York (here) and Regen Projects in Los Angeles (here). Welling’s photographs have come up at auction from time to time over the past few years, generally in the $2000 to $10000 price range. For our collection, one of his flowers would be the obvious best fit, although a print from this series of abstractions would also make a compelling foil to our city scenes from the 1920s.