JTF (just the facts): A total of 37 black and white photographs, various framed in light and dark wood and matted, and hung against white walls in the main gallery space, a smaller side room, and the office area. All of the works are gelatin silver prints (some vintage, some modern), made between 1960 and 1971. The prints range in size from roughly 5×7 to 14×20 (or reverse). The modern prints are available in editions of 5 or 10. The show also includes a vitrine of contact sheets, letters, magazines, and newspaper clippings, and a copy of the artist’s meticulously edited/catalogued auction record from 1952-1984 (known as The Artronix Index). The show was curated by Esa Epstein and Paul Sternberger. (Installation shots below.)

Comments/Context: Bhupendra Karia took on many roles during his long life in photography – writer/theorist, curator, associate director and special projects director at ICP, auction statistician, teacher – but this show takes us back to his artistic roots as a photographer in his native India. What emerges from Karia’s early work (from the 1960s and early 1970s) is a portrait of an artist with two sets of eyes – one steeped in the active humanism of concerned photojournalism and another interested in a quieter brand of more intimate formalism, where cultural traditions and rural life formed the backbone of exercises in visual control. While the pictures on the walls of this exhibit are to some extent intermingled, diluting the clarity of the contrasts, Karia’s divergent aesthetic impulses still come through – his personal and professional bodies of work were built on different conceptual foundations.

In his Population Crisis project, Karia takes a hard look at life in the streets of Bombay, chronicling a stubbornly broad reality of “too many”. Too many cars on the highway, leading to traffic jams that stretch for miles. Too many cars, horse-drawn carts, pedestrians, and other conveyances choking the intersections, leading to frustrating standstills and simmering tension. Too much garbage, as evidenced by an overflowing trash truck. Too many files, as seen in the mountains of paperwork in some unnamed municipal office. And too many people to feed and clothe, the heaping bundles of cloth and endless tin canisters documenting just a few facets of the scale of the problem.

When Karia drops in closer, he finds unemployed men idling on the sidewalks and sleeping on makeshift beds, run down hospitals barely on the edge of functioning, thin beggars working the streets, and uneducated masses being shouted at by political graffiti. With silent resolve, he offers this layered parade of troubles with matter-of-fact urgency. In his eyes, the density of life doesn’t produce a colorful cacophony of chiched visual stimulations and clever juxtapositions – his pictures demonstrate that overpopulation is choking the city, putting stress on its very functioning in ways that are often overlooked. Seen together, it is a powerful indictment of the truth that hides in plain sight.

But Karia’s personal photographs (from both his travels before and concurrent with his photojournalistic work) bypass issues of social politics and narrow in on more formal studies of rural India, with the aesthetic influences from his time spent in Japan coming through with surprising fidelity. Found objects are isolated into carefully composed investigations of positive/negative space and linear arrangement – two umbrellas flank a hanging lamp, a tactile turban and gun hang from a hook against a white wall, a woman’s bangled feet dangle in midair, and the flared horn of a gramophone contrasts with the wrinkles of a man’s hand. Architectural studies repeatedly use posts, trees, and other wooden constructions to bisect frames and divide space, with hanging saris, brass pots, and even a painted handprint on a wall providing visual balance to unevenly weighted images. And repetitions are flattened out, as in the rectangular windows in a decaying dwelling house, or allowed to echo and multiply, like the wrinkled laundry in the sun, the circular pots behind a turbaned boy, or the cattle wallowing in the muddy river. When left to his own devices, Karia returned to the elemental nature of photography again and again, choosing pared down, personal vignettes where others saw bustle and chaos.

That Karia could alter his point of view so dramatically and make successful pictures using two effectively separate methods is a testament to his talents as a photographer. This show offers two slices of India that push against the usual motifs, each with its own lessons and messages. In one, Karia exposes us to insistent challenges that deserve our attention and concern, and in the other, he reminds us of simple joys often overlooked in the swirl of modernity.

Collector’s POV: The works in this show are priced as follows. The vintage prints are either $8000 or $10000, while the modern prints are either $3000 or $5000. Karia’s prints have little secondary market history, so gallery retail remains the best option for those collectors interested in following up. 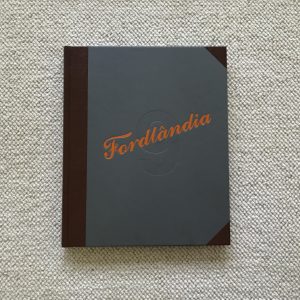