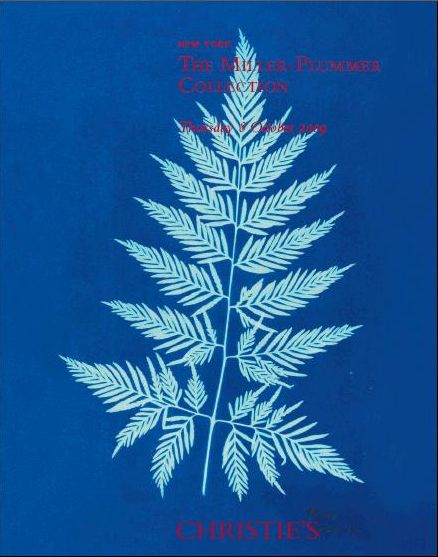 While certainly any collector’s definition of a good auction is one that includes the specific material that interests him/her, I must admit that beyond our personal affinities, I thoroughly enjoy single owner sales. I think that this is because I am intensely interested in the process of collecting, of how collectors weigh options and make choices, how they search, and hunt, and look, and educate themselves, eventually culminating in laying down their hard earned money for those certain images that move them the most. Every single collection is a unique gathering, the objects often connected by less than obvious ideas and emotional responses. I also think there is a lot to be learned from collectors who have been at it for decades; this is why we are always searching out experienced collectors who will talk with us, and tell us their secrets, even if our tastes for work are entirely different. The parallels are not in the end points, but in the thinking in between.

This collection was put together over a period of about 20 years, starting in 1973, culminating in an exhibition called Particulars at the George Eastman House in 1983. As far as private collections go, I haven’t seen too many as diverse and nondogmatic as this one; how many collections can you name that include unknown daguerreotypists, a heavy dose of known and unknown 19th century material, Moholy-Nagy photograms, and 1970s Robert Heinecken? I like this unconventional heterogeneity; it says that the two collectors were not unnecessarily bound by convention or fashion, but sought out the exceptional or extraordinary (in their eyes) in whatever form it might take.
The sale itself has more 19th century material than we normally see in the main flow of the New York auction season; more than 45% of the lots on offer are dated before 1900. Overall, there are a total of 118 lots up for sale, with a total High estimate of $1746200. (Catalog cover at right.) 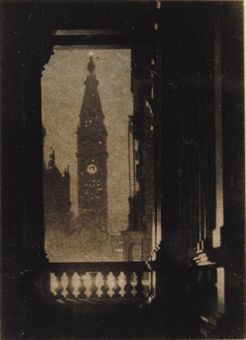