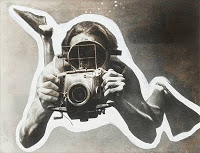 The recent results of the Photographs sale at Bonhams in London were quite soft, with a Buy-In rate over 50%, few positive surprises, and Total Sale Proceeds that missed the estimate range by a wide margin.

92.00% of the lots that sold had proceeds in or above their estimate. There were a total of 3 surprises in this sale (defined as having proceeds of at least double the high estimate):