The results from Bonhams’ recent Photographs sale were entirely forgettable. With an overall Buy-In rate near 40%, many lots selling below their estimate ranges, and no positive surprises, the action was muted, and the Total Sale Proceeds missed the low end of the aggregate pre-sale range by a significant margin. 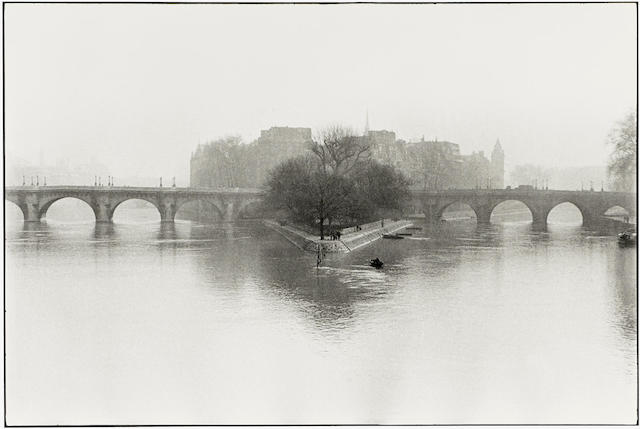 Only 55.38% of the lots that sold had proceeds in or above the estimate range and there were no positive surprises in the sale (defined as having proceeds of at least double the high estimate). The closest thing to a positive surprise was lot 36, Henri Cartier-Bresson, Ile de la Cité, Paris, 1952/1990s, estimated at $10000-15000, sold at $25000 (image above via Bonhams).