Just a little bit of softness in the mid and upper price tiers muted the results of the single collector Lappé sale at Christie’s last week. The overall Buy-In rate came in at roughly a third of the lots, and with only one positive surprise to generate upward force (an Edward Weston industrial scene), the Total Sale Proceeds settled in just below the low end of the aggregate pre-sale estimate range. 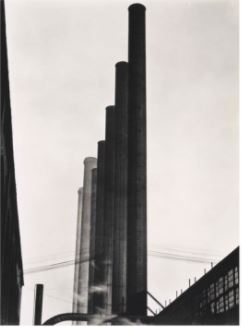 77.78% of the lots that sold had proceeds in or above the estimate range and there was only 1 positive surprise in the sale (defined as having proceeds of at least double the high estimate) (images above via Christie’s):

Important Photographs from the Collection of Donald and Alice Lappé October 10, 2017