The photography included in Christie’s recent First Open sale in London wasn’t particularly notable, but the few lots that were on offer fared quite well. The top lot Gilbert & George print found a buyer above its range and the overall Buy-In rate for photography was under 15%, helping the Total Sale Proceeds to come in just above the aggregate pre-sale high estimate. 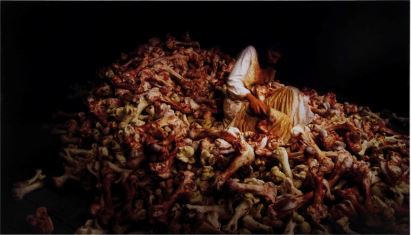 92.31% of the photo lots that sold had proceeds in or above the estimate range and there was only 1 positive surprise in the sale (defined as having proceeds of at least double the high estimate) (image above, via Christie’s):