Here’s the complete list of photographers with two or more photography lots in the sales, along with the number of lots on offer:

Other lots of interest include (images above, via Christie’s):

The complete lot by lot catalogs can be found here (Evening), here (Morning), and here (Afternoon).

Post-War and Contemporary Art Evening May 17, 2017

Post-War and Contemporary Art Morning May 18, 2017

Post-War and Contemporary Art Afternoon May 18, 2017 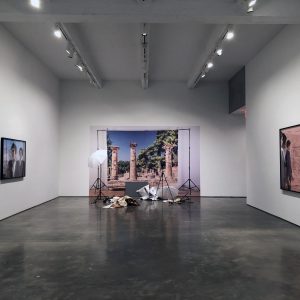 JTF (just the facts): A total of ten works from 2019 and 2020, including six unmatted inkjet prints in black frames, one video, and three installations. The photographic and video ... Read on.