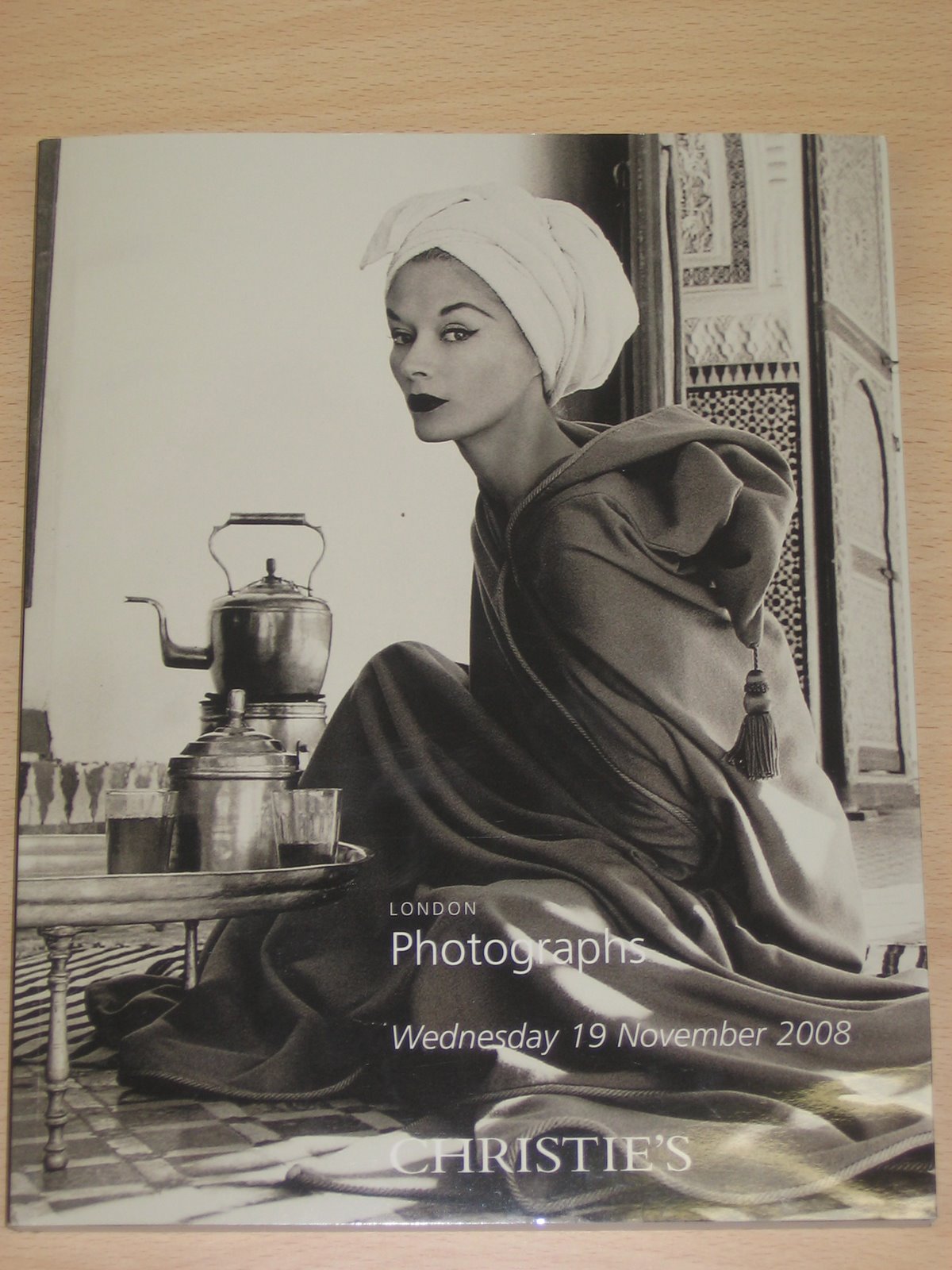 Whether gallery owners (or artists for that matter) feel comfortable with how auction houses have been expanding their scope of influence over the past few years, the reality is that the world is indeed changing and the auction houses are innovating at a faster pace than their competitors. Christie’s now has its own gallery (Haunch of Venison) and Phillips has been slowly building a stable of artists it represents directly (Annie Leibovitz being the highest profile recent convert). So the lines between “retail” and “wholesale” are blurring even further, and the auction houses are working aggressively and creatively to find ways to sell more stuff to their client lists.

When the upcoming Christie’s King Street catalog thumps down on your doorstep, you won’t think anything unusual is going on; indeed what could be safer than Irving Penn’s Woman in Moroccan Palace (cover image at right)? And yet, as you begin to flip through the pages, you will find that there are two carefully curated group exhibitions going on in the midst of this sale, complete with scholarly essays by museum directors. And given the breadth of artists represented in each mini-exhibit, these are not gallery type shows – these are the kinds of shows you would expect to see in a small museum.
As collectors, we come armed with a healthy dose of skepticism for the methods of those trying to sell us something, and Christie’s has gotten its fair share of our criticism of late. That said, I think there is some genius here (assuming the sale does modestly well). Instead of giving their clients yet another dose of the same old material, Christie’s has taken a risk and exposed us to two sets of interesting contemporary work, grouped geographically. These shows even have names: Distinctively Nordic and Distinctively Dutch. Each group has 20+ photographers represented, and there is the constant reminder in the catalog text that these images are from sold out editions (you can’t get them anywhere else!). The essays that accompany each section (written by Elina Heikka, Director of the Finnish Museum of Photography and Hripsime Visser, Curator of Photography at the Stedelijk Museum respectively) help provide some much needed context, as many of the artists will be unfamiliar to most viewers. Overall, we thought both groups had generally strong work, and each had a distinct point of view and common aesthetic. Moreover, we liked being challenged to look at some work we might not have spent time on before.
The sale has a total of 97 lots up for sale, with a total high estimate of 1556000 Pounds. Here’s the breakdown:
Total Low Lots (high estimate below 5000 Pounds): 15
Total Low Estimate (sum of high estimates of Low lots): 70000 Pounds
Total Mid Lots (high estimate between 5000 and 25000 Pounds): 70
Total Mid Estimate: 796000 Pounds
Total High Lots (high estimate above 25000 Pounds): 12
Total High Estimate: 690000 Pounds
Other than the two mini-shows, there is a small array of other work, all lavishly displayed with one image per page, often with an accompanying image of a book in which the image can be found. This was certainly a reminder for us about the difference production values can make when looking at a catalog: the environment of this catalog makes the work look better (and more valuable), in contrast to the “garage sale”, 3 or 4 items on a page, feel that can be found in most other auctions. 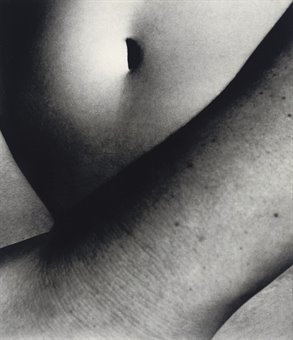 For our specific collection, there were only two lots that would really fit perfectly:
Of the Nordic work, we found the images of Joakim Eneroth, Esko Mannikko, and Marjukka Vainio of interest (realizing that it is hard to make generalizations about whole bodies of work from one image). Of the Dutch work, we liked Gerco De Ruijter, Ruud Van Empel, and Desiree Dolron. We will be very interested to see if this experiment with focused groups of contemporary work is successful for Christie’s. But even if it isn’t, we like the fact they are taking some chances.
Photographs
November 19th
Christie’s
8 King Street
St. James’s
London SW1Y 6QT
Twitter| Facebook|