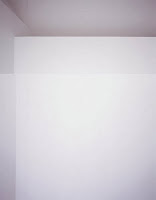 Bonhams’ various owner Photographs sale in two weeks has a deeper selection of Sugimoto prints than we’ve seen at auction anywhere this year. The top seven lots in the sale are all Sugimotos, including a solid mix of seascapes and blurred architecture images; another four Sugimotos can be found down the estimate list a little further. Overall, there are 170 photographs on offer, with a total High estimate of $1283600.
Here’s the statistical breakdown: Below is the list of photographers represented by 4 or more lots in the sale (with the number of lots in parentheses):