Later this week, Bonhams is having a Photographs sale in Dubai. While many Western collectors (including ourselves) might still be somewhat uncertain about bidding/buying in Dubai (and figuring out the constraints of the US sanctions on Iran), I think a flip through the catalog is an interesting window into contemporary Middle Eastern photography; there are plenty of photographers in this sale that we just don’t see much of in New York. Overall, there are a total of 85 photographs on offer, with a total High estimate of $757900.
.
Here’s the statistical breakdown:

Here’s the complete list of photographers represented by two or more lots in the sale (with the number of lots in parentheses): 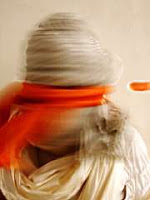