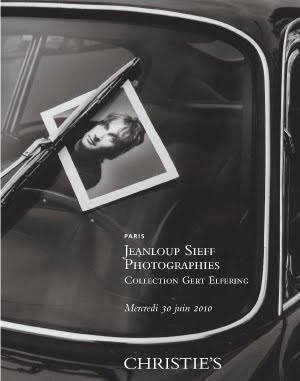 Before the summer season fully kicks in, Christie’s has one last single owner/single photographer sale scheduled for later this week in Paris. The sale contains a selection of works by the French photographer Jeanloup Sieff, taken from the broad collection of Gert Elfering. The auction mixes nudes, fashion photography, portraits, and other subjects. While most of the works were made in the 1960s, the sale spans much of Sieff’s long career. Overall, there are a total of 67 lots on offer, with a Total High Estimate of 461000€. (Catalog cover at right, via Christie’s.)