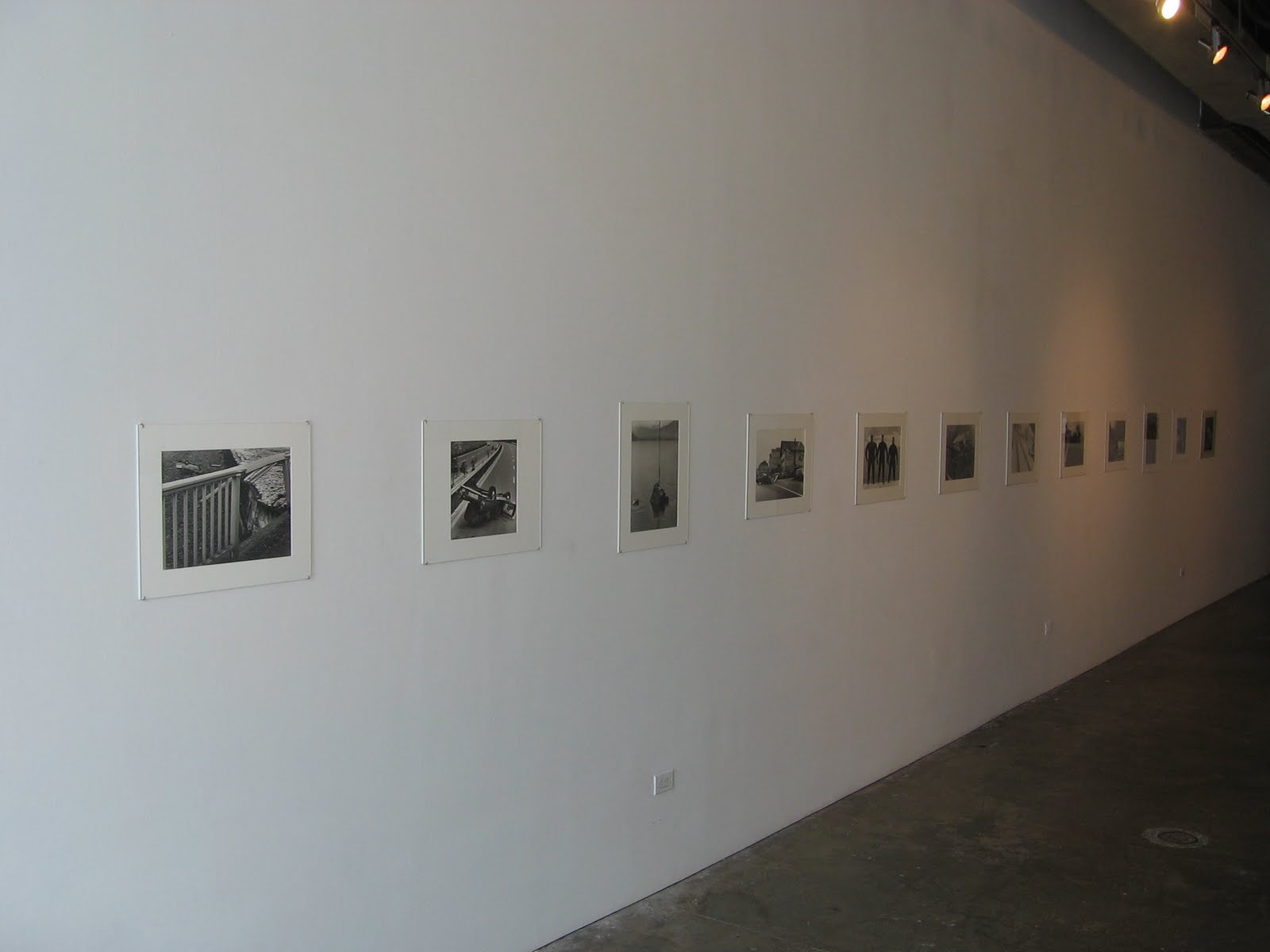 JTF (just the facts): A total of 30 black and white photographs, pinned directly to the wall under glass, and hung in the simple single room gallery space. All of the works are vintage gelatin silver prints, made in editions of 8 between 1953 and 1983. Most of the prints are sized at 12×16 or reverse, with a few at 12×12, and one at 7×16. A monograph of this body of work, entitled Karambolage, was published by Steidl in 2003 (here).

Comments/Context: The unlikely back story to the work of Swiss photographer Arnold Odermatt makes his black and white sculptural images of car crashes all the more unusual. During his long career, Odermatt was the official police photographer in the canton of Nidwalden, where he documented everyday auto accidents for police and insurance files. When he finished with his work, he often took another set of images of the crash site for himself, and it is these images that have resurfaced in the last decade, eventually finding their way to the Venice Biennale and a solo show at the Art Institute of Chicago.

Unlike the gritty urban voyeurism of Weegee’s crime scenes, Odermatt’s car crashes are pensive and wistful, where crumpled hoods, broken barriers, and snowy skid marks are captured with crisp, pared down elegance. His photographs document the moment after the ambulance has gone and the glass has been swept up, leaving just the quiet aftermath of the car abandoned in the roadway, flipped over down a hill side, or filled with water in the river. While people are generally absent from these pictures, their lush tonalities somehow prevent the images from becoming too clinical or antiseptic. Chalk lines on the road are swirling and gestural, a knocked down light pole creates compositional chaos, and a boat in the roadway or a police officer doing a handstand offer a few moments of subtle and unexpected comic relief. Evidence has been turned into quiet art, the personal tragedy moved into the background, allowing the formal beauty of muddy roads, spin outs, and crushed cars to come forward. 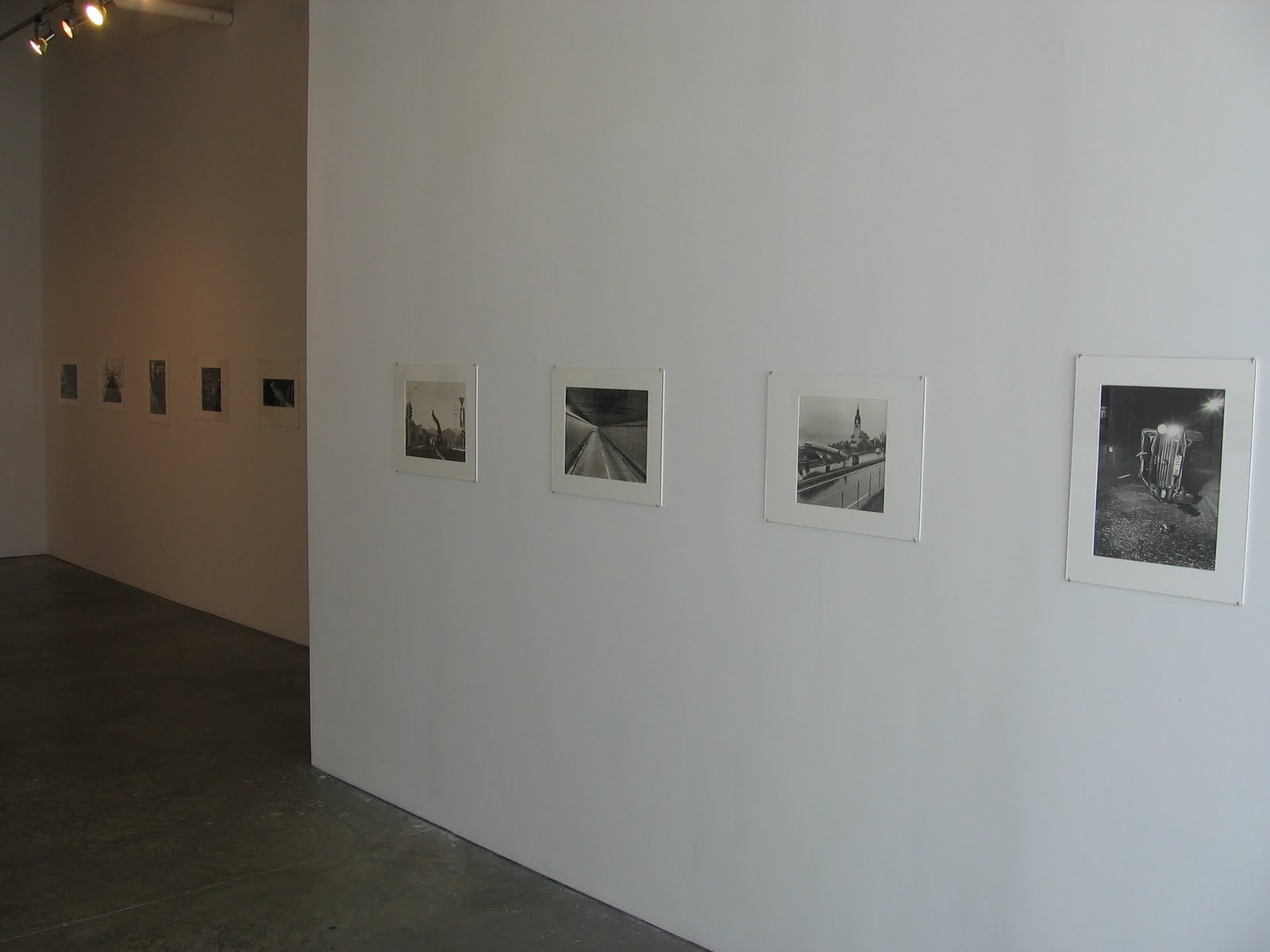 Collector’s POV: The vintage prints available in this show are priced between $3200 and $4500. Odermatt’s work has not been widely available in the secondary markets, although a handful of prints have come up for auction in the past few years; prices for these lots have ranged between $2000 and $4000.